Last year, the city approved a plan by Maures Development Group to redevelop a set of buildings, including the Henry Koch-designed former Garfield Avenue School, into mixed-income housing, a new America's Black Holocaust Museum and more. What's up?

UPDATE: Last week I wrote that this project was awaiting WHEDA funding approval so it could move forward. Yesterday, Ald. Milele Coggs, in whose district the property is located, shared news on social media that the credits were received. 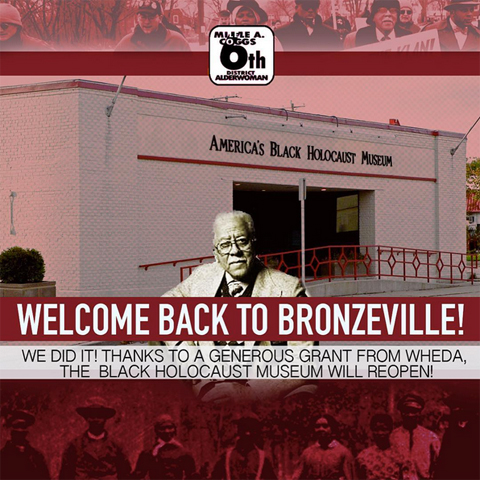 Milwaukee Neighborhood News Service reported on a paring down of the plan in May, due to "unexpectedly high construction cost estimates."

Nothing appears to be happening on the site at the moment, beyond the further peeling of paint on the cream city brick facade.

"The developer is eagerly awaiting the announcement of Low Income Housing Tax Credits from WHEDA – that decision is expected in the coming weeks," says Milwaukee Department of City Development spokesman Jef Fleming.

"That is an key financing element for the current plans for the building."

The redevelopment project is based on a mix of conventional financing, along with historic tax credits and the WHEDA affordable housing credits to which Fleming referred.

The latest proposal, according to the NNS piece, calls for 30 apartments in the old school, which closed in 2005. Last year, it seemed the museum would be installed in the school's lower level. Plans for another 60 units in a new building along North Avenue have been changed and now the new four-story building will include 41 apartments and, in the ground floor commercial space, the museum.

"This is a normal part of the development process," Maures President Melissa N. Goins told NNS last year. "You go in with a certain set of assumptions and then once you do your due diligence you have to take the facts and use them. In development there’s always some fluidness to the process.

"There are times like this when the numbers don’t allow us to fulfill everything we had originally envisioned. You definitely want to make people happy, but there also has to be that balance between making folks happy and financial viability for the long term."

In other school buildings buzz, have you seen the paint job at the former Lee (and Lee Street before that) School, 921 W. Meinecke Ave.? The cream city brick building, built in 1892, was painted – like many old schools – in the 1970s and was, for a long time, stark white. 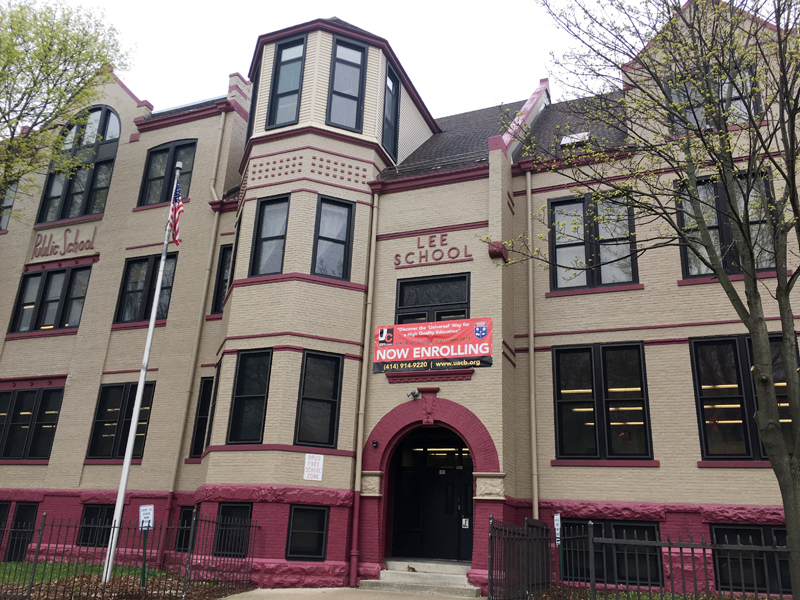 Lately the building – currently home to Universal Academy Lee Campus MPS charter school – was tan with green highlights, which was definitely an upgrade from the white (though I'm on record as rueing the painting of cream city brick). Recently it was repainted tan with the pink highlights you see above. Typically, a school's leader (i.e. the principal) is allowed to choose the color scheme.

Your thoughts? My take on quirky old schoolhouse paint jobs is detailed here. 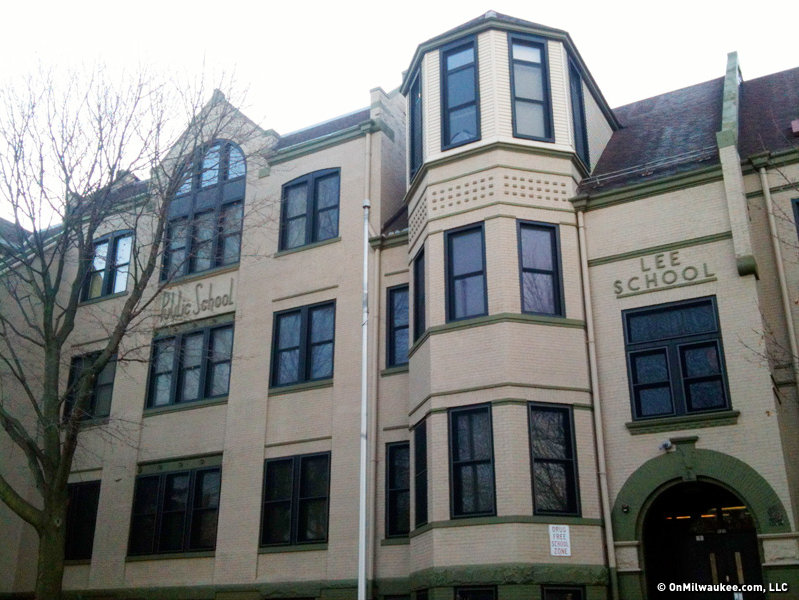