Rarely have I encountered a place as challenging to unwind as the Victorian house at 2844 W. Kilbourn St. This home, for sale by the city, has been dubbed the "H.J. Geerlings House" because it was built and designed by Henry J. Geerlings.

Rarely have I encountered a Milwaukee place that has been as challenging to unwind as the front-gabled, clapboard Victorian house at 2844 W. Kilbourn St.

But my research suggests that while it’s odd that Geerlings – not an architect – designed this pretty house with its upper and lower porches and recessed trio of attic windows, I hit my first roadblock when I realized that these may be two different Henry J. Geerlings. Maybe. 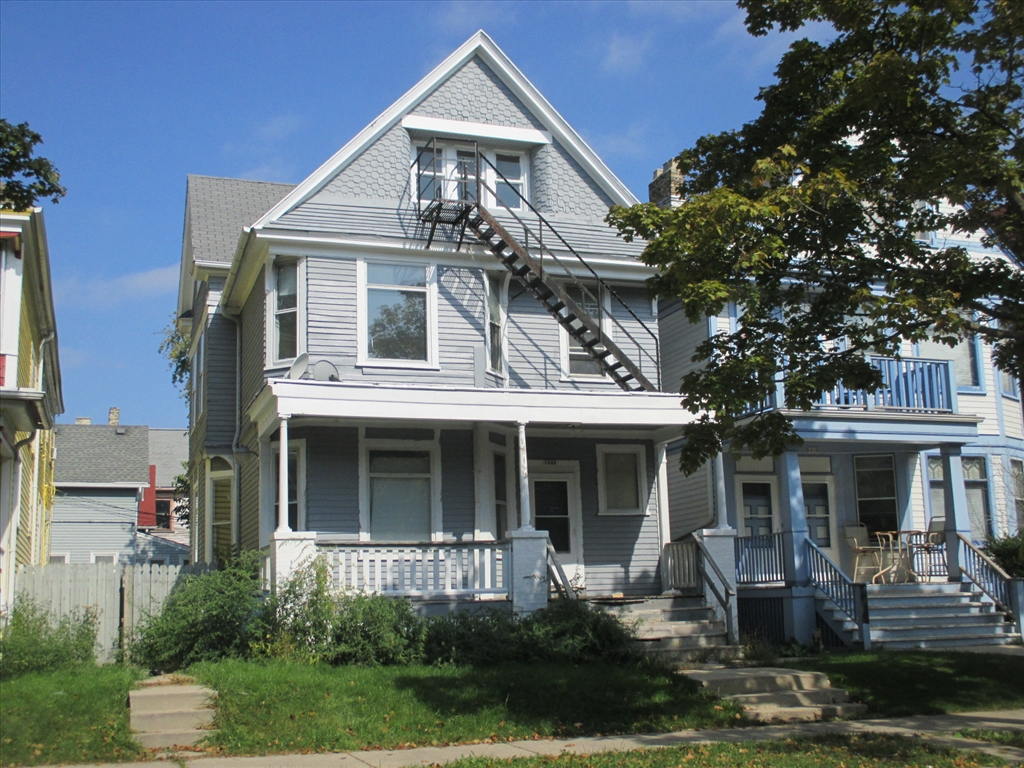 The home before exterior renovations were made. (PHOTO: Milwaukee DCD)

Henry J. Geerlings was born in Holland in 1837 and immigrated to the United States in 1850, where he married Jozina Fellier around 1860-61. They had a number of children, including Henry J. Geerlings the younger, who arrived in 1879.

In 1900, dad was working as a foreman in the car shops of a railroad, and his son was studying mechanical engineering at UW-Madison, where he would earn his degree in 1903. 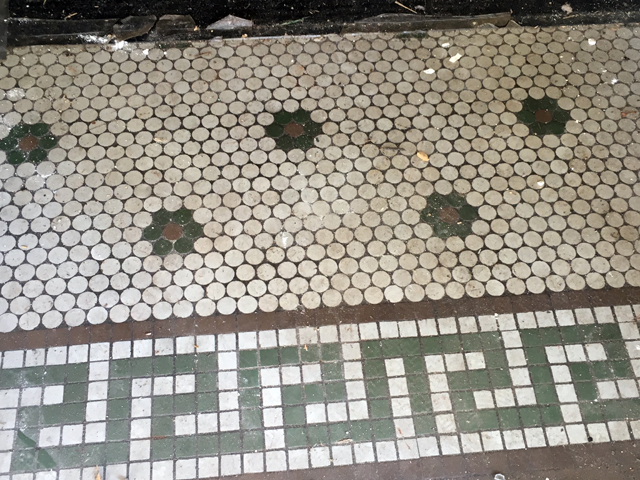 Before I realized there were two Geerlings, I assumed it was the latter who built the house, before I did the math and figured a 15-year-old wasn’t a likely builder. Then I found dad, who seemed a much more viable candidate to build a house.

But would a railroad shops worker have the skills to design a house? Maybe. Would his aspiring engineer of a son? At age 15? Maybe. 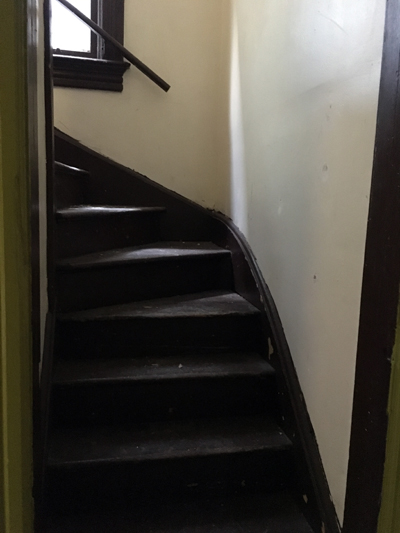 Anyway, city permits show Henry J. Geerlings as the owner of the land upon which he petitioned to build a 24x44 home with a sitting room that projected two feet and had 14-inch brick foundation walls, at a cost of $3,000.

And that same permit names Henry J. Geerlings as the architect (and Adolph Leutz as the builder for you tradesmen/contractor trainspotters).

In the absence of more concrete evidence, you’re going to have to decide for yourself who did what. Personally, I like the idea of a hard-workin’ dad entrusting the design of the family’s home to his 15-year-old son.

Which brings us to the next question. Was this ever the family home?

I can’t find any conclusive evidence that the Geerlings lived in the home at 2844 W. Kilbourn Ave. (previously 2834 Kilbourn, and with a Cedar Street address at the time it was erected in 1894; Cedar was renamed in 1929), though perhaps a considerably deeper search could turn up some evidence.

While the home was being built, the Geerlings lived nearby at 254 29th St., according to city permits. The 1895 city directory shows the family living at the same address, though it’s possible the house wasn’t yet complete when the directory was compiled. 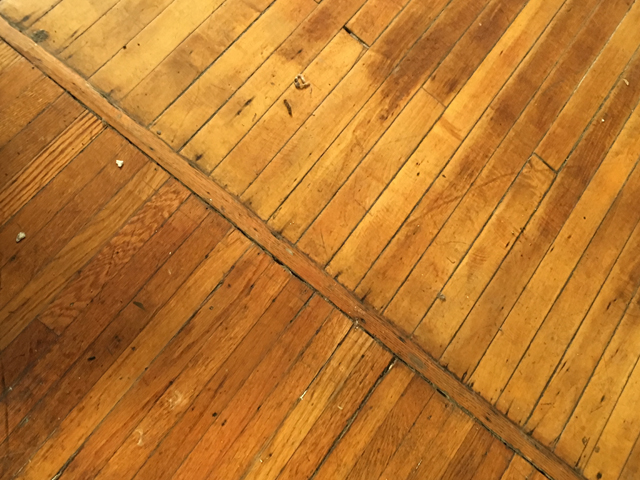 As for the Geerlings House, by 1930, it is clear that it was owned by Mrs. Adelaide Williams, who appeared to have been resident there for a while. Around 1950, a string of ownership changes occur until in 1966 the Max Resnick Co., headquartered on Farwell Avenue, owned it and petitioned to convert it into a frat house for 14 students of the Sigma Delta Chi fraternity.

In ‘67, Resnick added the fire escape that marred the facade until it was removed as part of later renovations.

Five years later, the home was owned by Zeta Beta Tau (Marquette Alumni), which owned it until at least 1980. In 1990, the City of Milwaukee was listed as owner, but it was quickly sold to Westside Housing Coop, which purchased many homes in the Concordia Neighborhood, rehabbed them and then re-sold them. 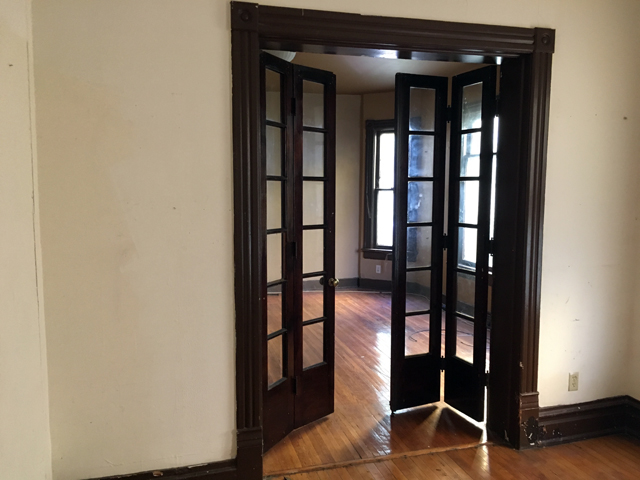 Westside returned the house to a single family dwelling by 1992 and now, somehow, it’s back in the city’s portfolio.

At the moment, the Geerlings house – for which the Department of City Development is taking bids through July 19 – is in either great or wanting condition depending on your view.

Outside, thanks to money from the city’s Housing Infrastructure Preservation Fund – launched six years ago by the Common Council at the urging of Ald. Bob Bauman – the place looks great. Practically new, in fact.

The fund aims to help not only sell properties in the city’s portfolio, but to help preserve vintage Milwaukee homes and their original aspects. The fund has a little less than a half a million dollars in it for 2016.

The Geerlings house required roof, masonry, siding, paint and front porch renovation to return it to its original look.

The HIP funding means that whoever buys this place will be spared a ton of money and effort on the exterior. That means they can focus on the interior, which needs work. 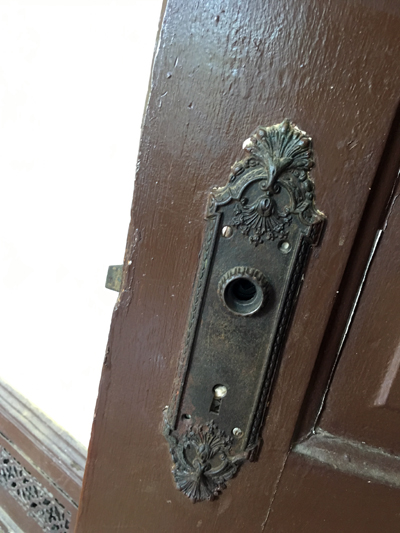 The home is a Victorian one, so there are lots of rooms, mostly little ones, though the first floor has a nice dining and sitting room with its projecting bay connected by a pair of French doors, each of which is hinged in the middle.

The entry has nice tile work and there is original woodwork throughout. The floors are especially nice on the first floor, making use of different board widths in different rooms.

Alas, the fireplaces have been removed – you can see their locations thanks to variations in the hardwood floors – and there’s a lot of plaster and other work to be done. Unlike the Goll House up the street, this place doesn’t require a complete gutting.

But the bones are definitely intact and there’s a nice new skin on the outside.

The city's Department of Neighborhood Services estimates renovation costs at about $60,000, but can also help a buyer secure forgiveable and low-interest loans and other helpful programs that can help someone own a gorgeous 19th century home for pennies on the dollar.