Generac steps in to sponsor former Harley stage at Summerfest

Today Generac Power Systems and Summerfest announced that the Waukesha-based company has inked a long-term sponsorship deal with Milwaukee World Festival, Inc., for the Summerfest stage that was long sponsored by Harley-Davidson.

Today Generac Power Systems and Summerfest announced that the Waukesha-based company has inked a long-term sponsorship deal with Milwaukee World Festival, Inc., for the Summerfest stage that was long sponsored by Harley-Davidson.

Harley-Davidson and Summerfest announced an end to their partnership last week.

“We are thrilled to welcome Generac to the dedicated group of corporate sponsors who ensure Summerfest continues to offer world-class entertainment to our community and throughout the globe,” said Don Smiley, president and CEO of Milwaukee World Festival, Inc., in the release.

“Upgrades at the Generac Power Stage will enhance the festival experience for fans and artists alike, and we are grateful to Generac for their leadership, generosity and vision. This management team understands our community, are great communicators, and possesses a big picture view of Summerfest.”

The stage will get major design and operational improvements, according to the statement, including a larger footprint and “prominently featuring (four) state-of-the-art video screens and performance production capabilities that will significantly enhance the fan experience. Cutting-edge, theatrical lighting will also be added to the stage, making it a first-class live music venue on the lakefront.” 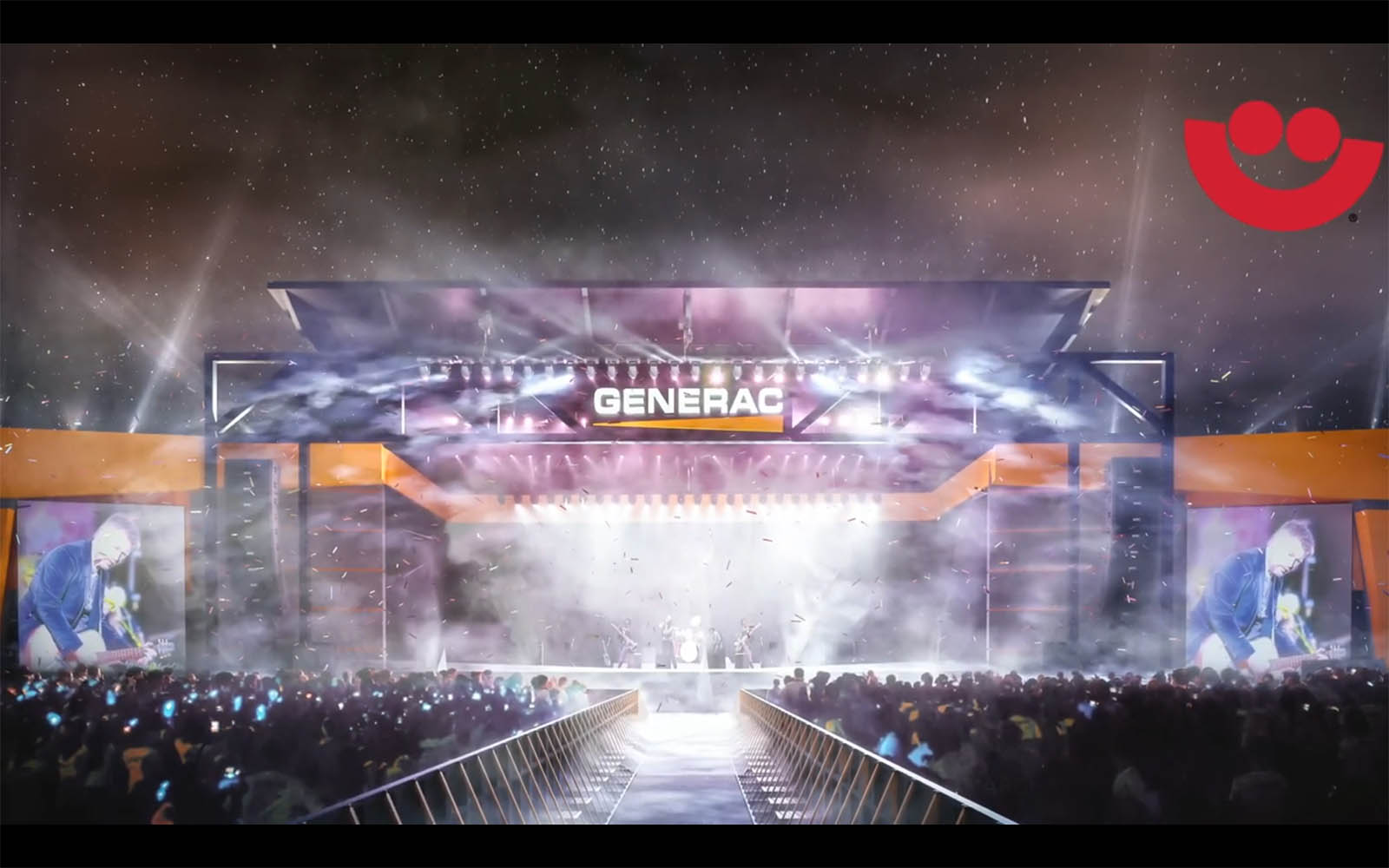 Other upgrades will include improved ADA seating, better security and hospitality infrastructure and access, additional rigging capacity and production technology infrastructure that modern touring bands demand, and a sign along the main walkway with hi-def displays showing schedules and information.

The upgrades are expected to be in place in time for Summerfest 2021.

“Generac is one of the largest-and fastest growing-employers in Wisconsin, and we could not be more excited to become a major sponsor of Summerfest,” added Generac Chairman and CEO Aaron Jagdfeld, in the statement.

“The Generac Power Stage, which will be reimagined and improved, will be a magnet for Milwaukee festival goers and is one more way for us to give back to the city and to the region."

Summerfest has changed its format for the 2021 festival after two attempts at a 2020 were squashed by the pandemic.

Next year, instead of an 11-day festival spread across 12 consecutive days in June and July, Summerfest will be held on three consecutive Thursday-Saturday weekends during the same period.