In April, Georgie Porgie's Treefort Restaurant announced plans to double the seating for their Oak Creek location. The expansion, called George's Garage, opened to the public today. It's decor reflect a more grown up Georgie Porgie with a passion for cars and family.

The expansion, called George’s Garage, opened to the public today. It was launched with a ribbon cutting ceremony at 11 a.m., followed by the judging for the annual Georgie Porgie’s Burger Contest, which showcased five hotly contested burgers – including the indulgent winner: "The Pudgie Porker" featuring a sirloin burger patty topped with pulled pork, cheese curds, deep fried pickle chips and barbecue sauce on a pretzel bun. Watch for photos of the burgers on the Georgie Porgie's Facebook page. 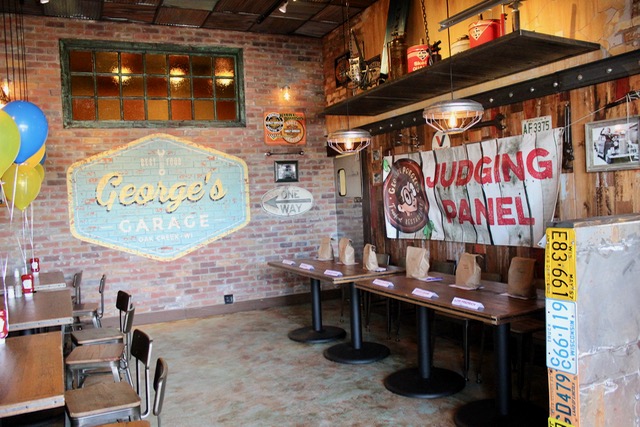 George’s Garage, which seats 28, sports a more "grown up" decor showcasing rustic wood, brick, and a variety of family photographs and car-themed memorabilia.

"The garage is dedicated to the do-it-yourselfers," notes co-owner Pete Liapis. "People who appreciate the history of cars. And my dad."

When Liapis says dad, he means the late George Liapis, namesake and founder of the Georgie Porgie restaurants. Liapis launched his dream in 1991, creating a community restaurant with family (and custard) at its core. A photograph of George and his children in the family’s ‘52 Chevy pick-up hangs in homage on the wall (and a piece of that same pick-up also dons the restaurant; see if you can spot it on your first visit). 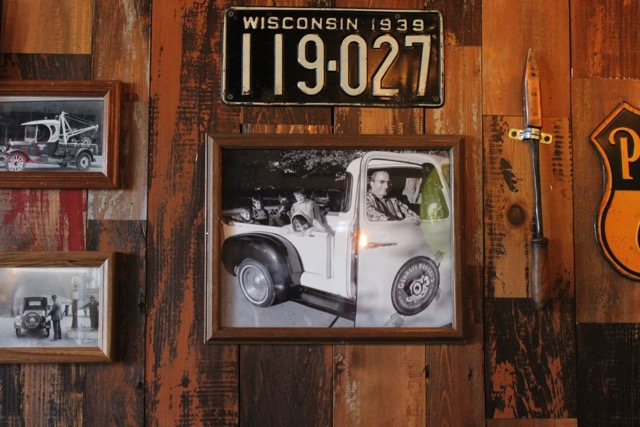 So do countless old license plates, many donated by loyal customers. Oak Creek resident Dennis Rosella, who owned a lumberyard down the road before retiring, contributed the wood for the walls. And a large oversized wrench used at the ribbon-cutting came from the sawmill that cut the lumber for his business. 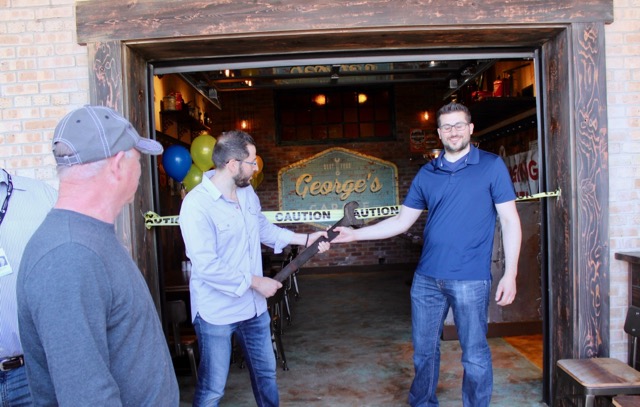 The George’s Garage sign, painted on the back wall, subtley tips its hat to Oak Creek, thanks to the use of the exact blue color that was once part of the Oak Creek logo. 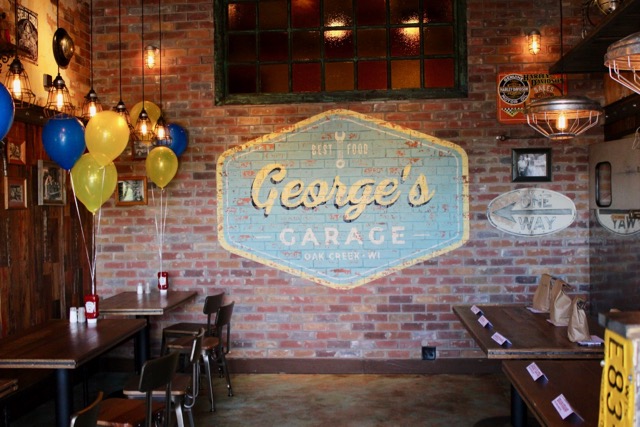 The garage also gives a nod to all the classic car shows that have been held at the restaurant over the past 25 years, notes co-owner Lou Liapis. "It all started with five cars," he says. "But over the years, we’ve sometimes as many as 200 cars here."

Along with new decor, Georgie Porgie’s will also offer a selection of new craft brews, adult beverages fitting of the more "adult" space and perfect for hot summer days when only a beer and a burger will do.

"We have the kids side with the Treefort," notes Peter. "And now the Garage is like the place where Georgie Porgie hangs out now that he’s all grown up."