Greek Freak no more: A new name for Bucks' Giannis

At the end of January, I decided to throw out a nickname for this Milwaukee Bucks team. It didn't go completely unnoticed, as legendary play-by-play man Eddie Doucette, the former voice of the team, saw the post and reached out with a nickname of his own for Giannis Antetokounmpo. Click here to find out what it is.

At the end of January, I decided to come up with a nickname for this Milwaukee Bucks team. It didn't go completely unnoticed, as legendary play-by-play man Eddie Doucette, the former voice of the team and the creator of the "The King" nickname for Kareem Abdul-Jabbar (and the "sky hook" moniker for his famous shot, saw the post and reached out with a nickname of his own for Giannis Antetokounmpo.

"Saw your article on nicknames which I always had fun with back in the day," Doucette said. "I haven't given it a lot of thought but one that has caught my attention is the "Greek Freak." Frankly, I doubt that referring to someone as a "freak" would be the way that person would like to be depicted. I wonder how our Greek friends have reacted to that?"

"(Giannis) is something special and no doubt will be big news for the city and state for as long as he's there. Hey, he's become a "big cheese" these days who just happens to be from Greece so, why not "the Big Feta?" 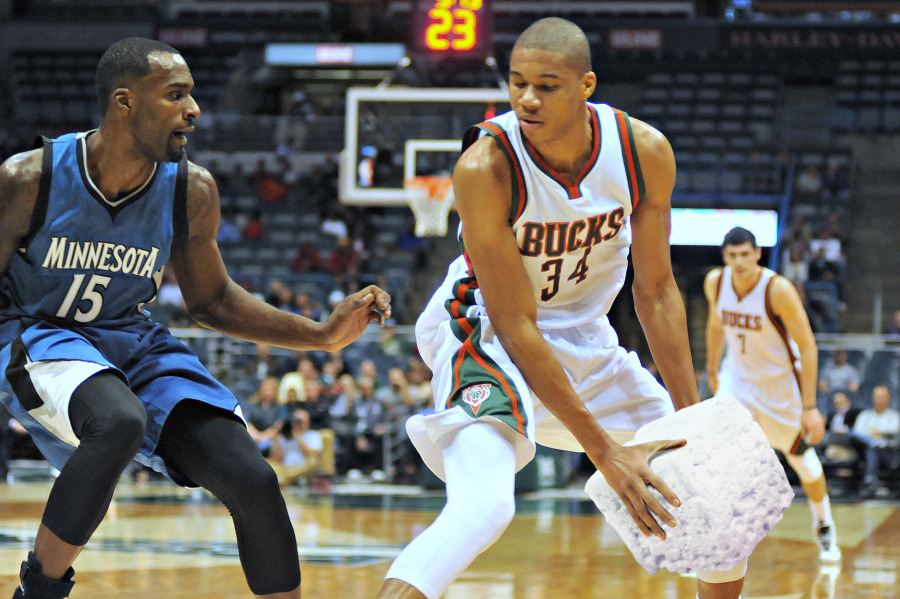 Doucette is famous for bestowing nicknames on Bucks players, from dubbing Bobby Dandridge the "Greyhound,"Flynn Robison "The Electric Eye" and Lucius Allen "The Rabbit," among many more.

"Media people would have fun with that one and the fans will love it," Doucette said of "The Big Feta" for Antetokounmpo. "The cheese industry will be induced to come up with a whole new feta "cheesehead" for fans to wear in support of (Giannis). Fun stuff."

There are a couple of interesting things here.

One, Antetokounmpo did not like the "Greek Freak" tag initially.

I remember his opening press conference after he was drafted and someone asked him about it, and the always expressive teenager wrinkled his face and said the same thing Doucette did, that in Greece, "freak" carried a negative connotation.

And, oddly enough, our friend Dan Needles over at WISN received a message from a listener who also didn't like the "Greek Freak" handle.

Just had a viewer chastise me for calling Giannis the "Greek Freak". Said it was rude and mean, and I need to apologize to all fans. Sorry?? — dan needles (@dneedles12) February 10, 2015

Now, Giannis has come to embrace the name. Or, he at least doesn't shrink from it.

But, if Doucette was still in town and calling games, you wouldn't hear it.

"Hey, the way he's going he's 'thee Big Cheese, ah, Beeg Feta in Wisconsin these days,'" Doucette said as if he were on the call. "Nothing demeaning about that handle. The freak thing is not that complimentary. Would you like to be known as a freak? People make fun of freaks, not this kid. Anyway, what Wisconsinite doesn't like some good cheese? Give it a Mediterranean slant and make it a special stand alone. He's heading in that direction.

After the media cleared out of the Bucks locker room Wednesday night following their 111-103 victory over the Sacramento Kings, I briefed Antetokounmpo on who Doucette was, and then told him the nickname.

But, he is the practical type.

"If it was my first nickname, it'd be OK. Now it's hard to change."

That may be true, but one thing is for sure: Doucette's interpretation won't be the first time the 20-year-old second-year sensation has a moniker attached to his name, or his game.