Gibraltar, a Walker’s Point jazz club owned by musician Evan Christian, hosted an intimate soft opening last night. It will open to the public tonight with a performance by "gypsy jazz" band Milwaukee Hot Club. The show starts at 8 p.m. and the cover is $5.

The club's grand opening party will take place on New Year's Eve, during which Christian will perform.

The space, located on the corner of S. 6th Street and National Avenue, is actually two adjoining rooms – one is in full swing and the other will be finished by New Year’s Eve. Both sides will have a stage and be equipped to accommodate musicians and full bands.

"This could not have happened without Dieter Wegner, the owner of the building," says Christian. "I found myself in a good situation and I appreciate it." 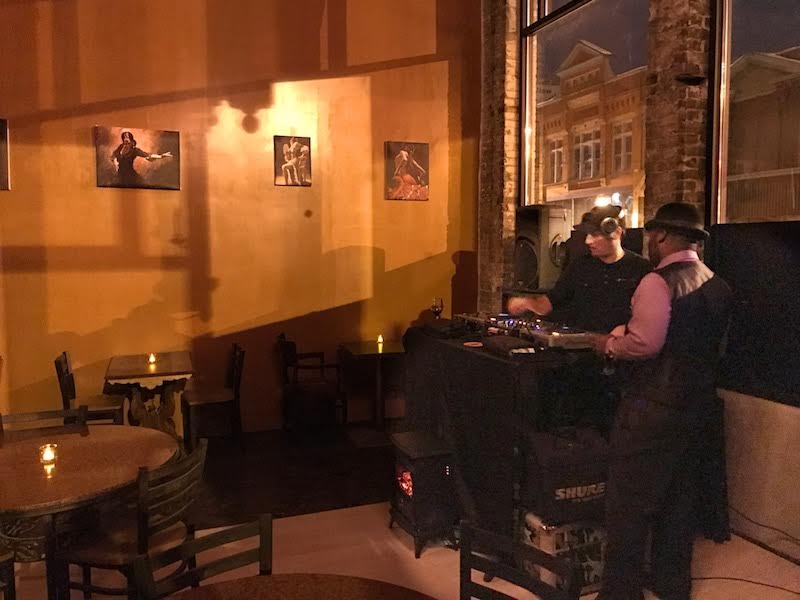 The space is both elegant and cozy, with exposed brick, warm wall tones, chandeliers and a variety of seating from couches to tables and, soon, booths. Currently, Christian is working with artists to adorn the walls.

Christian named Gibraltar after the British-controlled region in southern Spain that's about 10 miles from Africa and referred to as a "cultural melting pot." Christians wants his club to reflect this concept and, eventually, will serve drinks that are popular in Italy, Spain and Morocco.

Christian, who has traveled the country and the world while on tour, is happy to finally have a space to perform and invite local, national and international performers.

"This is a dream come true and a labor of love for me," says Christian. "It’s really nice to finally have people in here and enjoying themselves."