Gilles Frozen Custard, born in 1938, gets a makeover

When Gilles announced renovations last spring to Milwaukee's oldest surviving custard stand at 7515 W. Bluemound Rd. - and still one of the city's beloved favorites - you didn't have to worry about losing access to Gilliecookies or Those Things.

When Gilles announced renovations last spring to Milwaukee’s oldest surviving custard stand at 7515 W. Bluemound Rd. – and still one of the city's beloved favorites – you didn’t have to worry about losing access to Gilliecookies or Those Things or any sublime frozen custard. 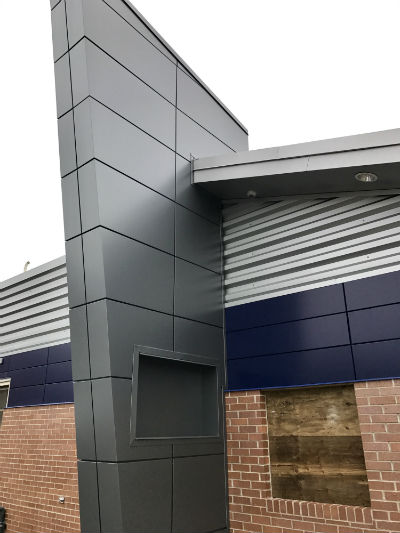 Owner Tom Linscott made it clear from the get-go that the stand – opened by Paul Gilles in 1938 and purchased in 1977 by Linscott's father Bob, a longtime employee – would remain open during construction, and so it did.

This is the third makeover for the stand. The first was completed during the 1948-49 offseason, and the most recent took place during the winter of 1977-78, when the now year-round stand was still only open seasonally.

When we stopped in just before Christmas, work – which began in September – was ongoing, so we popped back over this week for an update.

Here are renderings of the updates that were displayed inside the stand last summer: 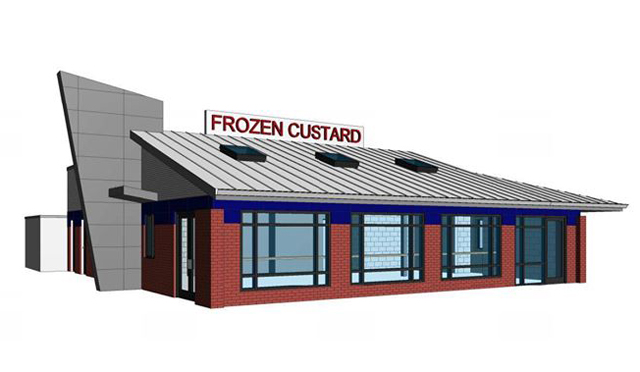 Folks who don’t pay much attention to these things – and those who enter Gilles with their vision clouded by images of dancing cones of custard – might not even really notice the changes, though there are most certainly changes.

Among the work undertaken this time 'round are a new standing-seam metal roof, new electrical, new food prep machinery and a pick-up window on the west side of the building – where old-timers may remember the old Dog House hot dog window once standing – which has led the relocation of the west entrance to the north side. 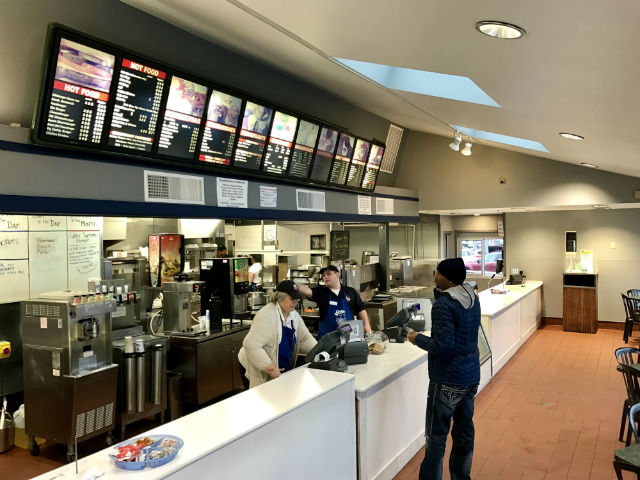 Linscott said that most of the work is complete, though there is still a construction punch-list of touch-up and finish items and a handful of other tasks that will be completed over time, including new menu boards and a new window going in on the east side of the building.

That opening, Linscott added, could become another walk-up window during busy times, though he and his staff are looking at the layout of the work stations to maximize efficiency before making that decision.

Most noticeable of all is a new architectural element projecting up from the roof on the east side of the building near the entrance.

That element conjures memories of a similar vertical projection from the roof of the stand – though on the opposite side – as it appeared in the 1950s-70s. You can see in the second photo below (all are from "Milwaukee Frozen Custard," a book I recently co-wrote with Kathleen McCann for The History Press, and were provided by Linscott): 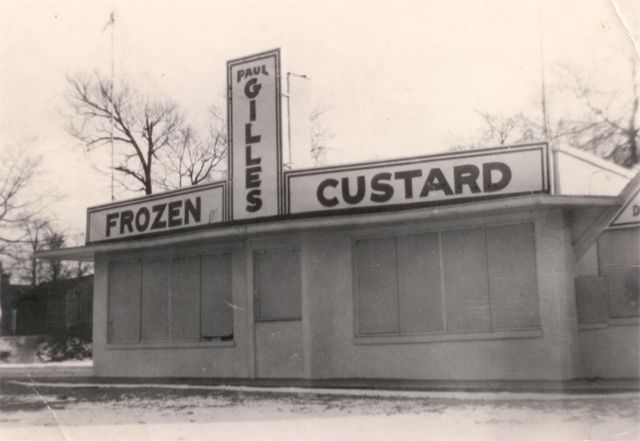 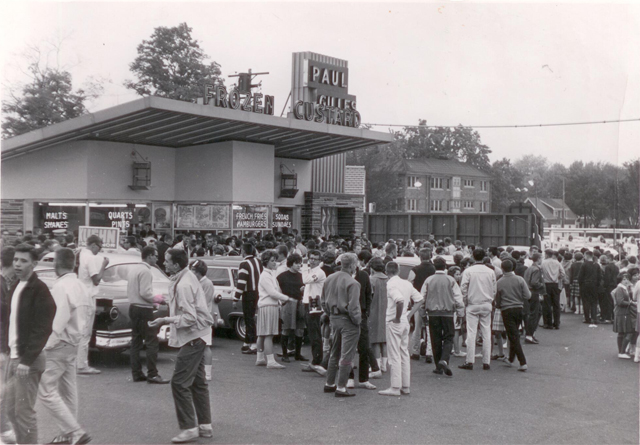 A later image of the 1948-49 remodeling. (Courtesy of Gilles Frozen Custard & The History Press) 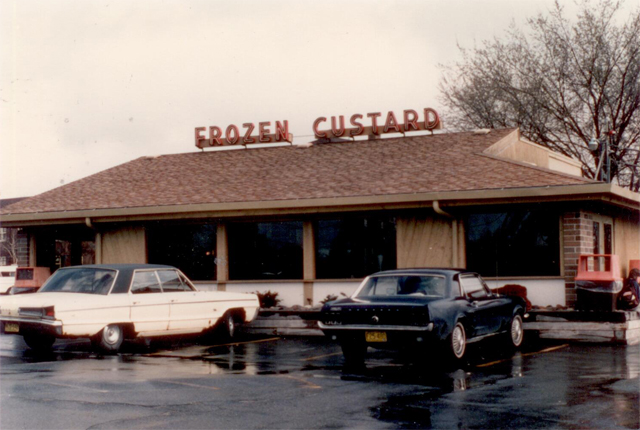 The 1977-78 model. (Courtesy of Gilles Frozen Custard & The History Press)

Fred's Custard & Grill is for sale