Not all CBD is good CBD, and just because it you can buy it at gas stations, online and at farmers markets, chances are you donï¿½TMt really know what youï¿½TMre ingesting in your body. One Milwaukee company is seeking to change that.

CBD is everywhere these days, and that offers a lot of hope for those who swear by its effects.

But not all CBD is good CBD, and just because it you can buy it at gas stations, online and at farmers markets, chances are you don’t really know what you’re ingesting in your body. And that’s not just a little sketchy; it also hurts the legitimate players in the industry who are trying to put out a quality product that can improve peoples’ lives.

One Milwaukee company is seeking to do just that.

Brothers Boris and Mike Levchets own CanniLabs, a CBD manufacturing company on the northwest side of Milwaukee. The company produces CBD tinctures and topicals that are available either in bulk or white labeled for wholesalers. Recently, they launched a consumer line called GleeCBD.

There are no signs at their facility, because when you walk in, it looks and smells like a marijuana lab that is processing more product than most pot smokers will ever see in their lifetime.

But this isn’t weed. It’s locally-sourced hemp that goes through a rigorous, independently-tested production process that focuses on a passionate dedication to quality. While neither Mike nor Boris come from a science background, Mike has worked in production – and they almost moved to Colorado to open a lab where marijuana is fully legal.

Once hemp became legal with the Farm Bill in 2018, the Levchets realized they could make CBD work in their hometown. While they support the legalization of marijuana in Wisconsin, for now, they are squarely focused on making the best CBD possible – because they believe it works. 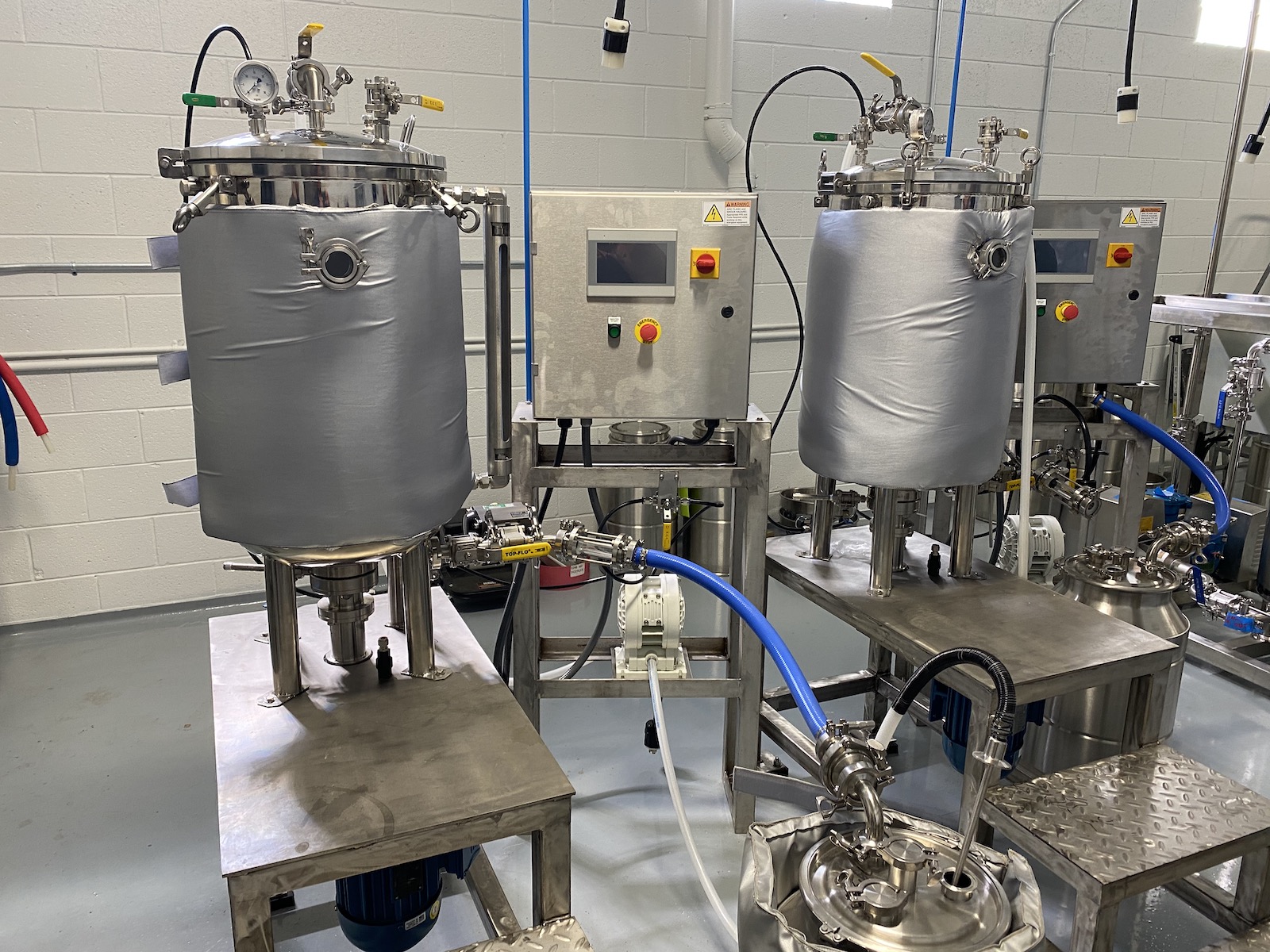 "We definitely support cannabis, and we support drug reform," says Boris. "But we do this because it’s a tool to help people with things that they haven't been able to do with regular drugs and other alternative medicine."

While the FDA prevents them from making specific claims as to what CBD can and cannot do, the founders of Glee realize that plenty of advocacy already exists. Their goal is not to convert customers to CBD; rather, it is to lead with quality and let people decide for themselves.

"It's definitely tough to educate consumers that are not out there trying four or five, six, seven different CBDs," says Boris. He knows that people are trying the products sold in gas stations, and it’s not working for them.

So instead, the brothers talk about the process. About how they control everything in-house. About how they work with local farmers – Wisconsin’s hemp is actually very high in quality.

And they talk about how their tinctures use food-grade alcohol, high-grade coconut MCT oil, and no additives or chemicals in the manufacturing process.

Says Boris, "Wisconsin hemp is not bred like other states to be super super CBD. We have a lot of minor cannabinoids: CBG, CBN and CBC – including THC – which actually gives something called the ‘entourage effect.’"

Because marijuana is still illegal in Wisconsin, GleeCBD can only contain trace amounts of THC (less than .3%). It’s just enough to activate the other ingredients, but not enough to produce any psychoactive effects. CanniLabs also sells a "broad spectrum" version with no THC at all.

So while the lab is full of giant bags of green flowers and smells exactly like real marijuana, it definitely is not. 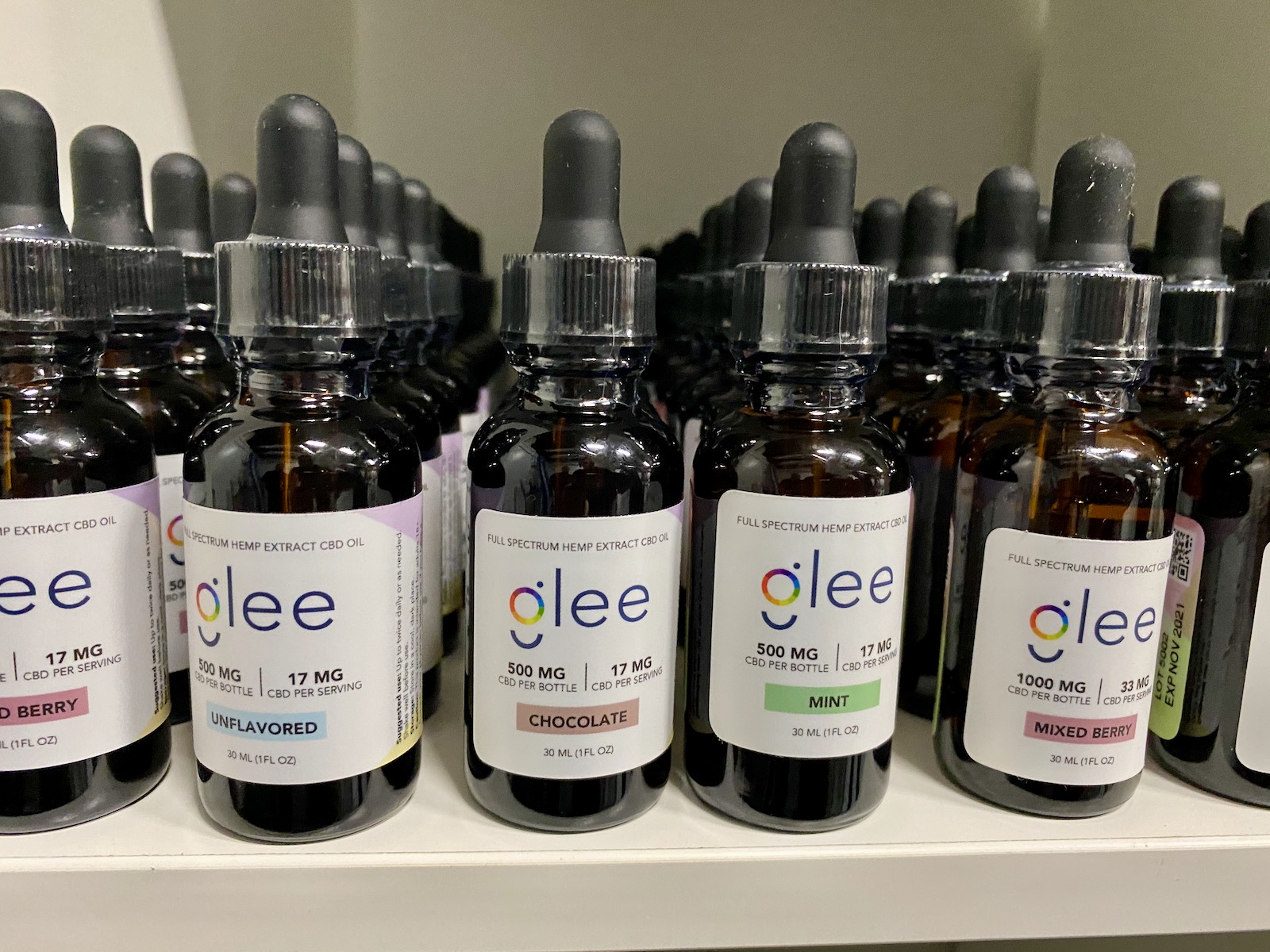 However, the process in creating CBD oil is nearly identical to making weed. So if Wisconsin legalizes it, CanniLabs and GleeCBD will be ready. And yet, the process is not as regulated as one might think. Currently, the FDA and DEA are very hands-off once the hemp leaves the farm, says Boris.

"You can have lots of rogue labs out there that don't do the things that they're supposed to do. And they do use agents in there to make it look better than it is."

Says Mike, "Standards across the board would definitely help everybody."

So, does GleeCBD work? That depends on your definition of "work."

I’ve tried CBD oil from Denver and Seattle, as well as the gas station stuff, and everything in between. As someone with chronic back issues, I noticed only a nominal effect. But I have tried Glee for several months, and it does have a subtle calming effect for me at the end of a stressful day. The Levchets suggest customers think of their product like one thinks of a vitamin or fish oil: the effects build over time, but it’s not exactly instant gratification.

Good CBD doesn’t come cheap – a 500 ml bottle costs about $50. Mike says his price point is lower than some of the major brands, but it’s not as inexpensive as the gas station stuff.

The tinctures come in several flavors, including mint, chocolate, lime, pineapple and mixed berry flavor, as well as an unflavored version. They also sell a topical gel and pet versions. GleeCBD is currently carried at Kind Oasis on Farwell Ave., and through their website at GleeCBD.com.

"Our goal is to make CBD available for the masses and not as a luxury product," says Boris. 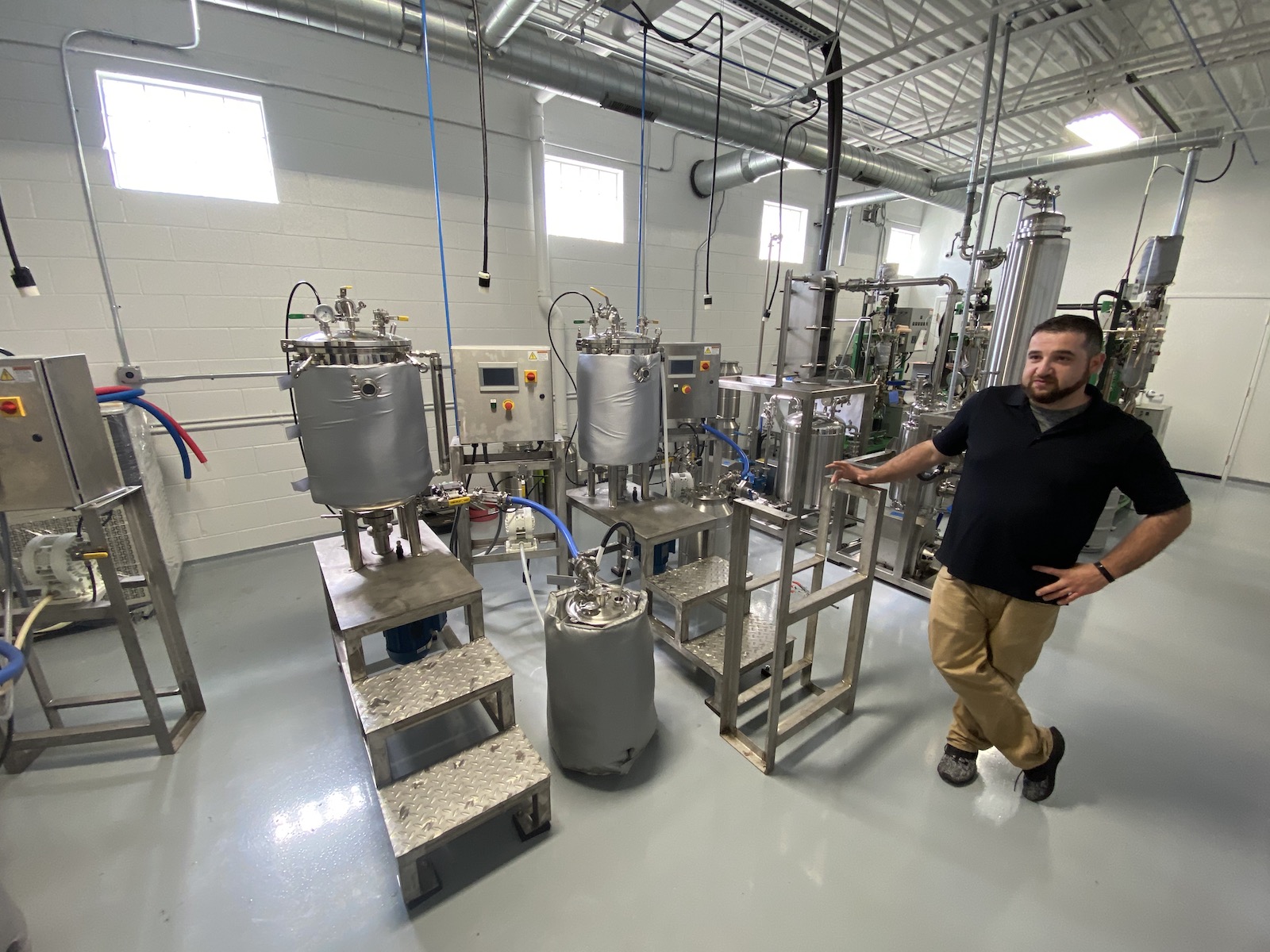 Belly up to the Bud Bar at Erth Dispensary (no, not as in Budweiser)