Look inside The Gobbler Theater

Daniel Manesis, the man who brought the retro supper club and music venue back to life in 2016, has passed away. Appreciate his work with this flashback of the quirky, iconic business.

This story originally ran Jan. 30, 2016. We are rerunning it in tribute to the owner, Dan Manesis, who recently passed away.

After two years of anticipation, we checked out The Gobbler Theater in Johnson Creek last night for a private party and concert.

Daniel Manesis purchased the retro-looking building, which was a supper club from 1969 to 1992, and carefully and masterfully remodeled it into a 405 seat music venue. Lucky for us, Manesis retained all of the kitsch, retro-cool and charm. 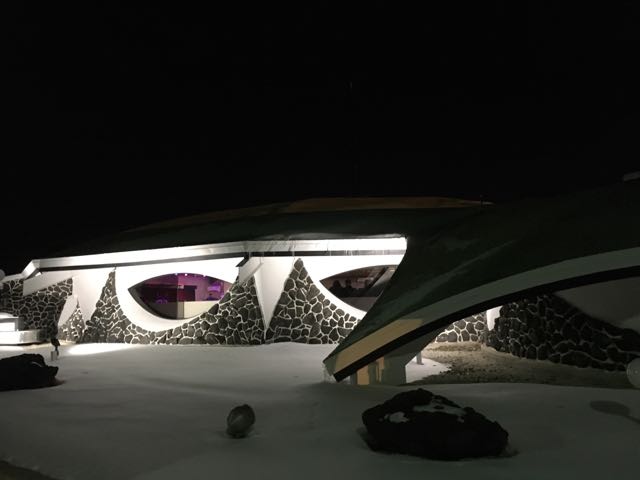 From the outside, the turkey-shaped building – which would only be noticeable from an aerial view – looks exactly the same. The oblong, eyeball-shaped windows are one of its most unique features.

The turkey theme and The Gobbler name were chosen by the original owner, Clarence Hartwig, who owned Hartwig Turkey Farms in Johnson Creek. 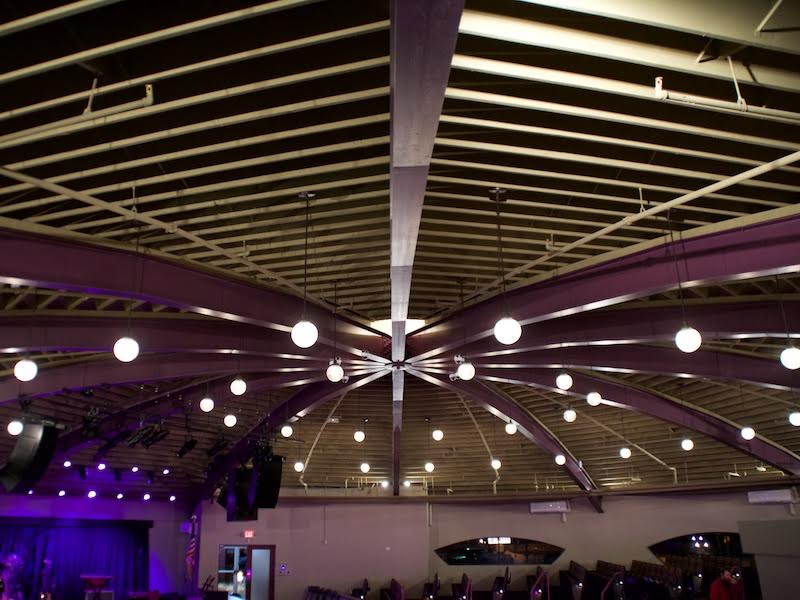 The interior features the original ceiling and hanging light fixtures as well as the stunning bar – a massive circle that seats 30 and makes a complete rotation every hour and 20 minutes. The pink and lavender lounge chairs were cleaned and retained. 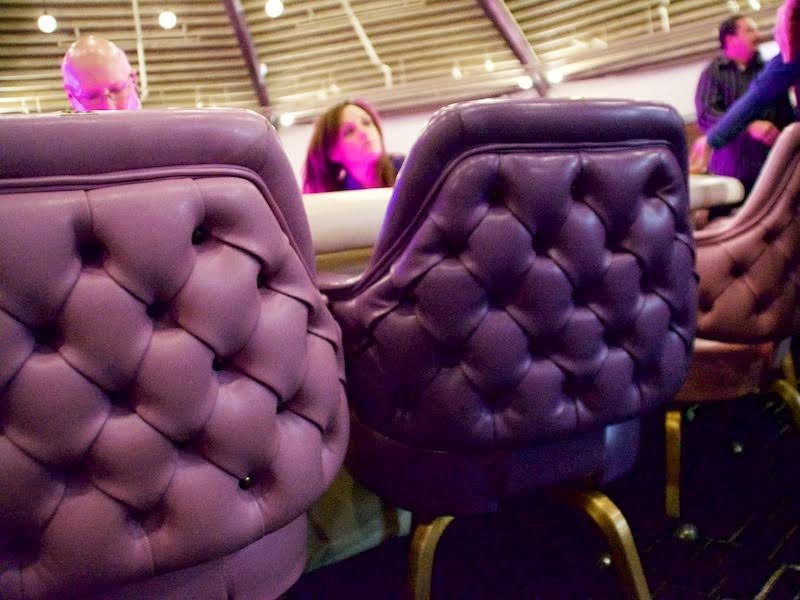 The dance floor, which was added in the early ‘70s and suspended eight feet above the bar, was  removed and the former kitchen is now where the stage is located. Food will be available during some events at the new Gobbler, but will be catered by outside restaurants.

During last night’s private party, we saw country acts Haley Klinkhammer and Morgan Fraizer. The lighting and sound were perfect and because of the slightly-sloped stadium-style seating and theater-in-the-round design, there’s not a bad seat in the house.

The space below the venue features original foil and flower wallpaper in the hallways and the famous purple shag carpeting remains on the walls of the shell-shaped phone booth. Manesis says he plans to install a pay phone for display purposes. 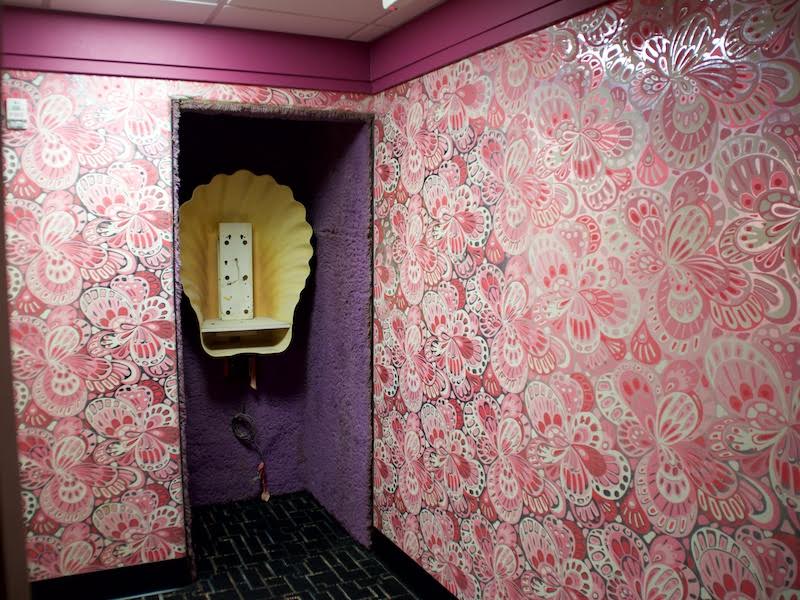 The lower level also features two rooms for the performers which include showers, a kitchenette and hang-out space with flat screens. There’s also a room for rent with its own bar that will be available for bachelor parties and other private events.

There are not any confirmed concert dates yet, but Manesis says The Gobbler will be open to the public starting next month. He plans to host concerts once or twice a month at first and eventually every weekend. The space will also be available for private and community events. Manesis says the the entertainment will be primarily country, Christian, '60s-'80s rock bands and "good, clean family comedy."

Personally, the large, funky space makes me want to disco or mosh, but hey, I’m just glad The Gobbler is back. 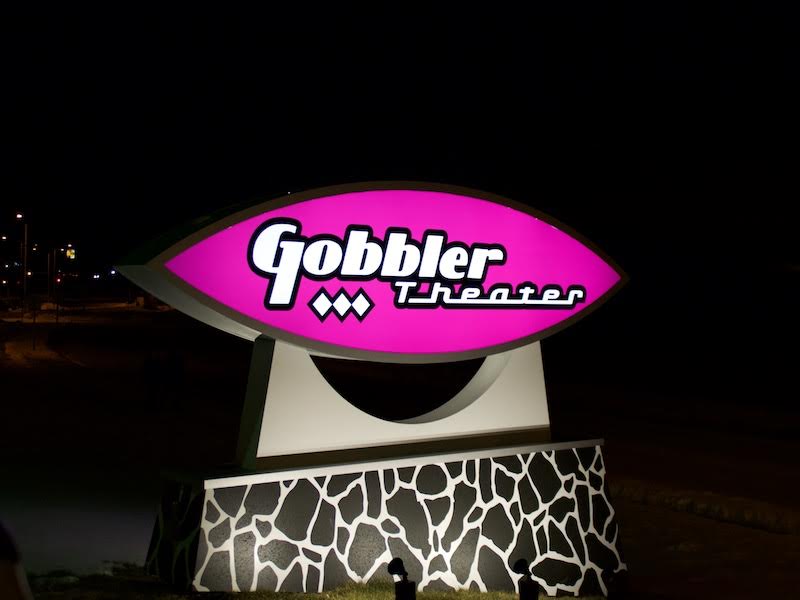