The device is crisp, bright and fun to use, but a lack of key apps causes productivity to suffer.

Thanks to the fine folks at Verizon, I was able to try the Google Pixelbook for a month and get a feel for the Chromebook environment. Ultimately it's a pretty good entertainment machine, but when it comes to actual productivity, I kept running into road blocks.

The Pixelbook is a tablet and laptop hybrid that offers the benefit of a physical keyboard, trackpad plus a high resolution, touch-able screen. It runs on ChromeOS, which you can think of as an Android device with the Chome web browser as a main focus.

The price tag of around $1,000 mostly reflects the high-quality hardware: Intel i5 processor, 8gb RAM, 128gb solid-state hard drive and 2400x1600 touch screen. It also weighs in at less than two and a half pounds, which is nice and tote-able. But is it worth spending that much on something that I use primarily with passive apps, like watching Netflix, scrolling Instagram, and paging through the Marvel Comics app? 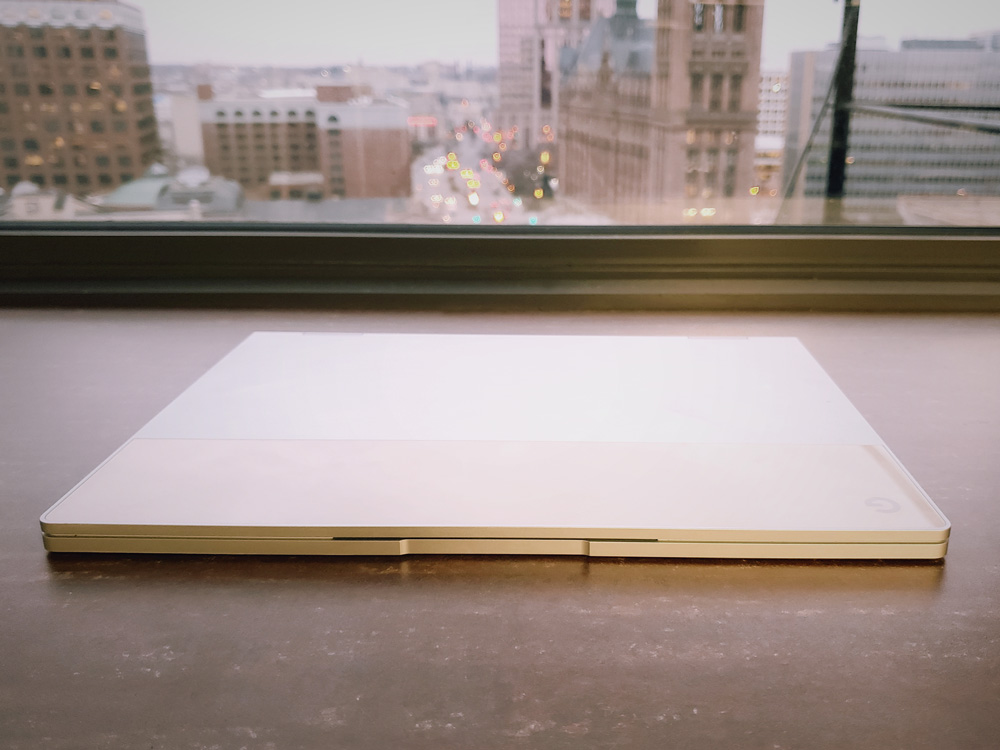 When I received the Pixelbook, Verizon had delivered it to me while I was outside the office, so it gave me an opportunity to see how quickly I could get it set up to work remotely.

I have experience with most of the big operating systems, so getting up to speed went pretty quickly. It was very easy to sign into my Google account and, boom, it was basically already set up. Access to all the Google products, such as Gmail, Docs, Sheets, etc. was immediate, so it was a just matter of downloading all my other apps from the Play store.

But beyond what I already had on my phone the Pixelbook environment is not complete. My daily needs require the Adobe suite (namely Photoshop and Illustrator) which aren't supported on Chrome/Android. Even finding a simple code editor provided disappointing results. I could open documents to do small fixes here and there, but they just weren't powerful enough for full-time use.

The amount of Chrome-based productivity devices in the world is small, and Android is mostly focused on mobile devices, so there isn't a lot of focus on support for this type of device. 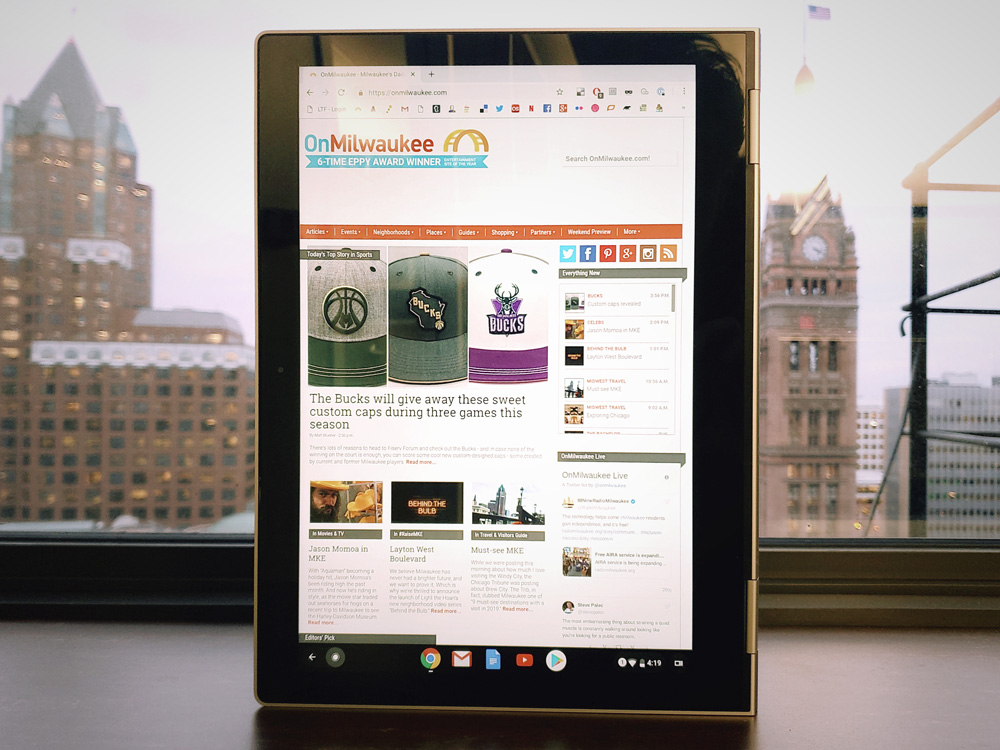 There certainly are some great programs that could come close to duplicating the basic functionality of what I'm looking for (there are lots of vector drawing apps out there and photo apps keep getting more powerful) but my work environment requires specific applications that are more easily found on competing devices.

But I wasn't entirely disappointed by the time I spent with the Pixelbook. I had graduated from an old iPad, which was showing its age and quickly falling off of the development track. Moving on to the Pixelbook was a nice upgrade. 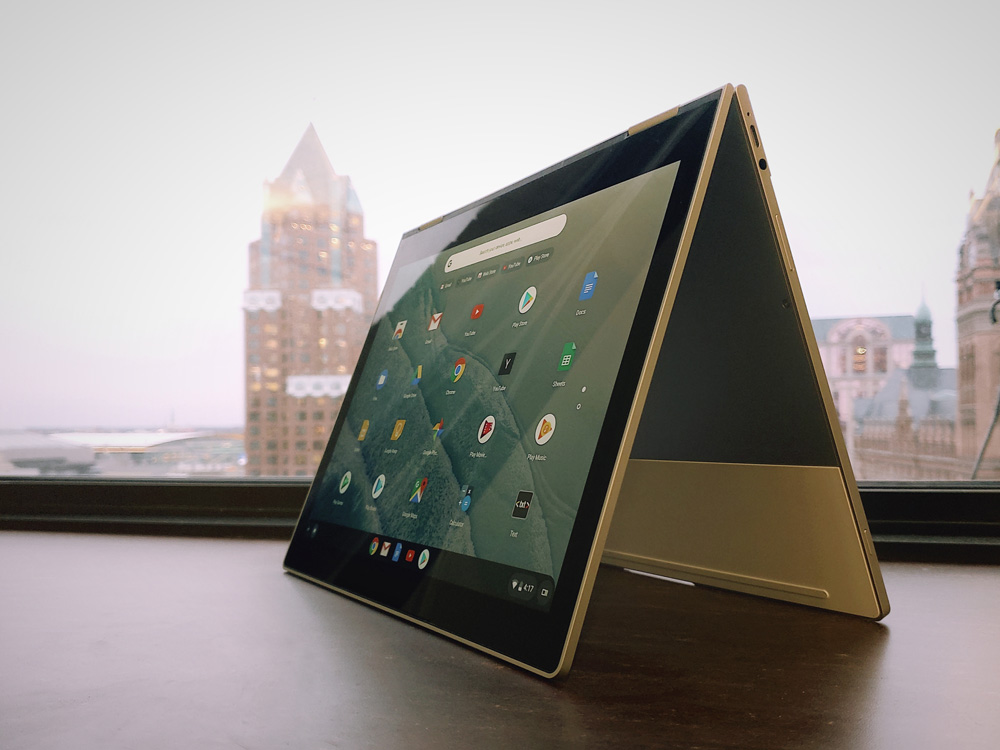 The screen is much bigger and the laptop nature of the device meant I could set the screen into any position without dealing with fiddly after-market stands. The strength of the physical keyboard over the screen keyboard was also palpable. The Pixelbook provides both, depending on what mode you're in, but I always preferred typing over tapping whenever I could.

But flipping that keyboard around to use in tablet mode felt weird, because there was no place to put my fingers where they weren't always mashing all the keys and trackpads. Of course the key inputs are turned off in tablet mode, it still filled me with unease and crumb paranoia. Every time I picked it up I felt like I needed to wipe my hands off, and every time I set it down, I wanted to polish whatever surface it was laying on. 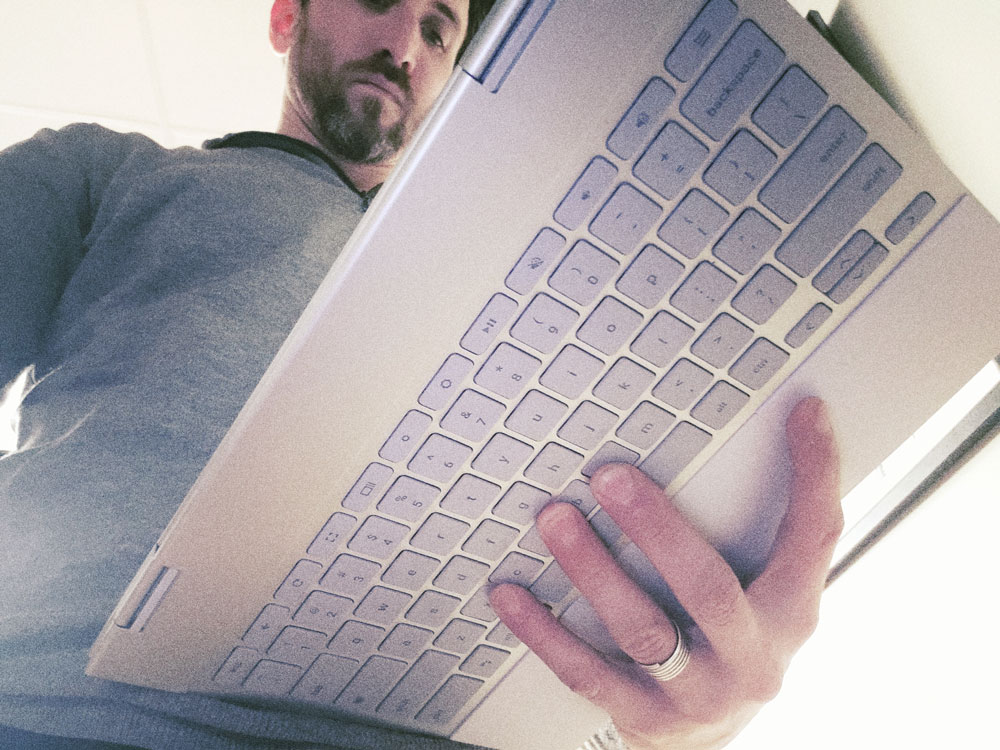 There are only three i/o ports: two USB-C and one headphone jack. It's quite nice to be able to charge from either side of the device. My wife's laptop has only one charging port and she always seems to be sitting on the opposite side of any electrical outlet in the house, which causes the power cable to wind around the device and thus kink and fray more quickly.

Overall it's a solid device, especially if you live in the Android world. I'd say the two requirements for ultimate satisfaction are:

Otherwise the developer environment of ChromeOS in general lacks the maturity to provide a complete spectrum of necessary programs.