In our lust to keep Milwaukee a happy place for millions of millennials, are we going to get stuck with a bunch of buildings that look like they belong in a Saturday morning cartoon?

In our lust to keep Milwaukee a happy place for the millennials who will carry us all into a joyous and rapturous future, are we going to get stuck with a bunch of buildings that look like they belong in a Saturday morning cartoon?

This fear is spawned by the release of the early plans for yet another remake of The Shops of Grand Avenue, which now resemble nothing so much as the Desert on Grand Avenue.

Stoking the flame of this fear is the rendering of the unholy new entrance to the mall/shopping center/office park/playground/whatever.  I thought it was impossible to get something uglier than we already have as the main entrance, but they’ve gone ahead and done the impossible.

Put the spanking new entrance together with the spanking new basketball arena, and if we get these things built the way they look now, you’d be hard pressed to figure out what city you are visiting. Generic and careless doesn’t begin to capture it.

I’m not an expert in the world of architecture, but I do belong to the club founded by Supreme Court Justice Potter Stewart who, when deciding a pornography case, said he couldn’t define it but "I know it when I see it."

That’s how I feel about ugly buildings. Maybe I can’t tell you what the new arena (or the entrance to Grand Avenue) should look like, but as far as ugly goes, "I know it when I see it." 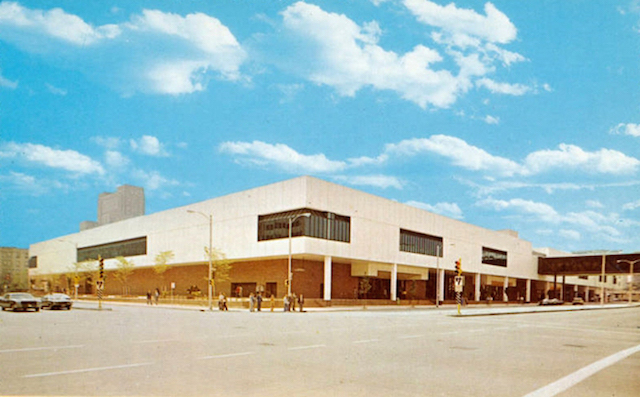 It It was a big white block that soon proved unpopular, unworkable and destined for the junk heap. There were lots of complaints, but chief among them was that the building didn’t look anything like the rest of the architectural panorama of the city.

Just over two decades after it was built, it was knocked down to be replaced by a convention center that took itself seriously and paid homage to all the styles that made Milwaukee famous.

Now, four decades later, we are getting slapped around again by designs that ignore our past and embrace some kind of future that has little or no connection to who we really are.

I’m not against new stuff. I think the Calatrava is beautiful. I like the look of the Moderne and Aloft Hotel and other buildings. But these two developments – the new arena and the new doorway to the new Grand Avenue – are signature buildings. If you want to build all these apartment buildings that are new and excruciatingly boring to look at, it’s okay. They are just apartment buildings.

But the Grand Avenue is our history. People used to ride streetcars to the old time Grand Avenue to shop and see and be seen. The area is swamped with the glorious building styles that make for exciting tours for visitors. Dropping this horrible refugee from a Jetsons episode in the middle of Downtown is an insult to us all. Send these guys back to their computers. Tell them to stand in the middle of the street and look at the buildings on this glorious street. Make the entrance look like that.

We are probably stuck with the new arena since those sharp-eyed critics on the Common Council have bought into this thing. But let’s pause, at least a little bit, to think long term here. 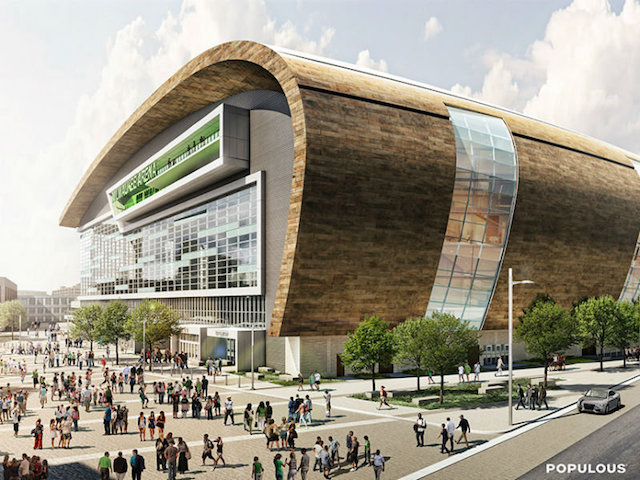 Everybody talks about the arena being the cornerstone of the huge new gazillion dollar entertainment district, and that may turn out to be true. But we don’t want to build a midwest version of Disneyland here.

I know there is a lot of excitement about all of this happening Downtown, and that’s a good thing. But people won’t come Downtown just to see a building. They certainly won't come if those buildings are the punchlines of jokes.

The last thing we need Downtown are places that look like they were designed by the kids in the IT Department after a three-martini lunch.