Fresh affordable options will be the name of the game at the new Gyro MKE, which is slated to open in the Library Hill development on Wisconsin Avenue.

Gyro MKE, a new concept specializing in fresh fast-casual Mediterranean and Middle Eastern fare, is slated to open as early as March at 700 W. Wisconsin Ave.

The restaurant will serve a variety of items including gyros, shawarma, falafel, kebabs and beef, and a variety of Mediterranean salads (priced $6-10). There will also be build-your-own options allowing guests to choose a base of pita, rice or salad. From there, they can add customized proteins and toppings.

All dishes will be made fresh in-house, including the venue’s shawarma, which features seasoned chicken or steak that’s layered onto a spit and grilled via rotisserie.

The forthcoming restaurant is owned by Omar Amin, who also operates BB's (Build-a-Breakfast/Build-a-Burger), which opened in 2014 at 633 W. Wisconsin Ave. 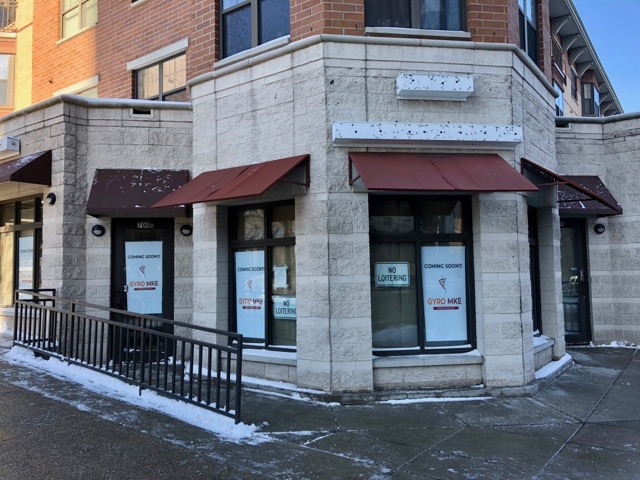 Amin says the location for Gyro MKE was serendipitous.

"My attraction to Wisconsin Ave stems from an old experience when my father used to bring me to the Grand Avenue Mall during its heyday," notes Amin. "I was just a child but the memory of this street being the go-to destination and the hustle and bustle is imprinted in my mind.

"So when I decided to finally follow my dreams four years ago and open a restaurant I decided to open here on Wisconsin Ave to try and bring some life back to the street. I believe it was destiny for me to be here. So when the space in Library Hill became available I felt that destiny is calling again and decided to try my new concept, Gyro MKE."