Halal Guys revving up for grand opening on East Side

Things are looking lively at the new location for New York-based restaurant chain, The Halal Guys, which softly opened its first Milwaukee location on Oakland Avenue and is planning a grand opening this weekend.

Things are looking lively at the new location for New York-based restaurant chain, The Halal Guys, which softly opened at 3133 N. Oakland Ave.

The restaurant, which is currently keeping limited hours and focusing on finalizing touches in its staff training, will host an official grand opening on Saturday, May 14. Doors open at 10 a.m., and there will be swag for the first customers in line.

We stopped by for a sneak peek at the space this week and found it to be bright and cheery, decked out in The Halal Guys' signature colors of red and yellow. 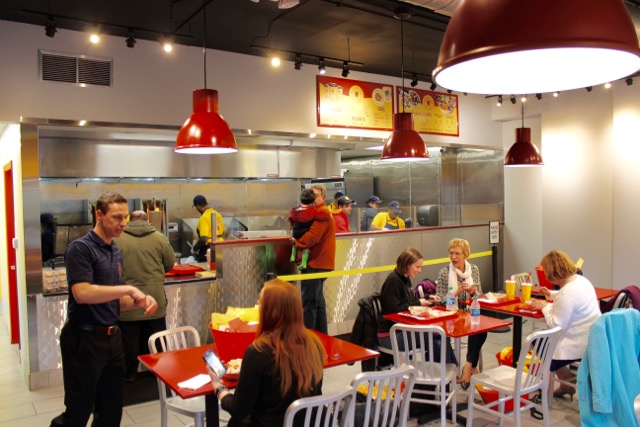 A cartoon-esque mural on the south wall pays homage to its humble beginnings as a food cart, while a photograph in the hallway offers a glimpse of the block-long lines the popular street vendor attracted during its early years. 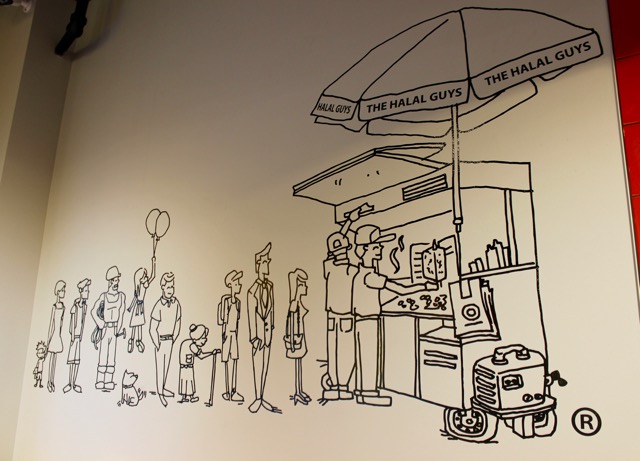 The concept, which began in 1990 as a hot dog cart, evolved when demand from Muslim cab drivers for halal meals inspired the owners to offer platters of chicken and gyro meat over rice. Today, there are more than 20 locations and a loyal following of customers who go ga-ga over the famous white and hot sauces. 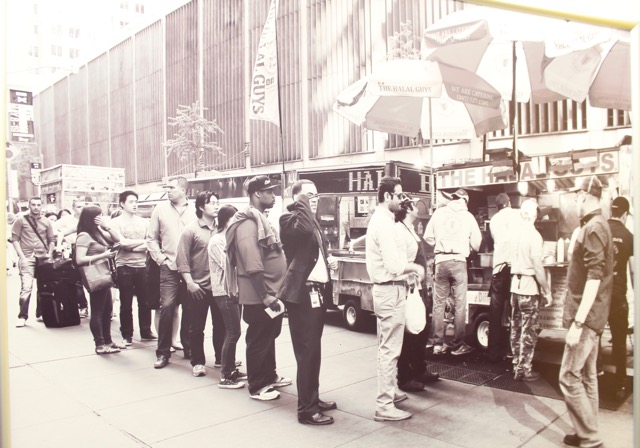 Today, The Halal Guys' menu features gyro, chicken and falafel platters and sandwiches, along hummus, fries and baklava. Pricing runs around $6-9 for sandwiches and platters and $2-3 for sides and dessert. Vegetarian options are available.