On Sunday, Hamburger Mary's celebrated its grand reopening and relocation to Walker's Point. Although it's only been open in Milwaukee for five years, the restaurant has long and proud Milwaukee connections tracing back to 1970s San Francisco.

Previously located in Bay View, Hamburger Mary’s came to Milwaukee in October 2011 after five blockbuster years in Chicago’s Andersonville neighborhood. Over the years, Mary’s has become a drag destination in Milwaukee, as well as a LGBTQ community landmark. The new location (formerly the home of La Perla) offers a fresh experience with greatly expanded bar and lanai spaces, a private rooftop patio and the brand new beercade.

Although Hamburger Mary’s has only been open in Milwaukee for five years, the restaurant has long and proud Milwaukee connections tracing back to 1970s San Francisco.

In April 1972, a tight-knit group of "gypsies, tramps and thieves" opened the original location at 1582 Folsom Street. A year later, 17-year-old Rose Christensen left Milwaukee to live with friends in San Francisco. She took a part-time cook job at Hamburger Mary’s, worked her way to assistant manager, became part owner of the restaurant and remains owner of the landmark building to this day. This week, I was fortunate enough to meet with Rose, who shared four decades of her Hamburger Mary’s memories.

"I grew up on Milwaukee’s near North Side, places like Holton and North and 1st and Burleigh," said Christensen. "Later, I lived in the Brady Street neighborhood around 1970. That’s where I met friends like Jan Hill and Chuckie Betz. My home life was rough growing up, so it was just wonderful to have gay friends. They taught me it was OK to be different. They showed me a whole new way of life." 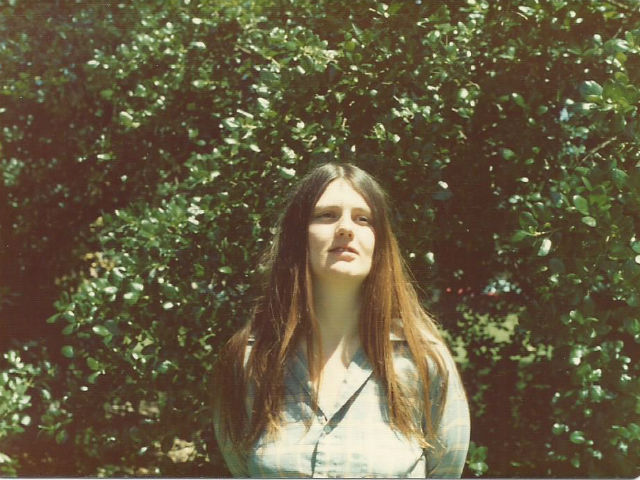 Jan and his friends moved to Haight and Masonic, near Buena Vista Park, in 1971. After Rose’s arrival, the Milwaukee friends became regulars at Hamburger Mary’s and The Stud (1535 Folsom St.) across the street. Michael Wright, a Milwaukeean who worked the coat check at The Stud, would later become one of the founders of ACT UP San Francisco.

Jan’s family had long been in the restaurant business, operating the Westward Ho (4929 W. Greenfield Ave.) in West Milwaukee and the Big Top Steakhouse (8129 W. Greenfield Ave.) in West Allis, so he took a bookkeeping job at Hamburger Mary’s. Although there were bodies in the busy restaurant, the books were bleeding red ink. Jan quickly identified ways to take the business from sustainable to profitable. Working as relentlessly in the front of the house as he did in the back of the house, Jan won the respect of the restaurant's employees. Through his efforts, Hamburger Mary's became a viable commercial success.

Rose, who was working in a dress factory at the time, had worked at Nicolo on Brady Street in Milwaukee. She went in for an interview and was hired on the spot as a short-order cook.

"Hamburger Mary’s was a collective of hippies and gays back then," Christensen said, "and we all worked in other restaurants where we couldn’t be ourselves. Men actually had to hide their long hair under wigs in order to work in straight restaurants. At Hamburger Mary’s, we could be whatever we wanted. We didn’t change to suit people. We said, this is who we are, come or don’t come."

The restaurant, envisioned as a "gay-friendly truck stop," grew from a tiny dive bar to occupy four storefronts. The origins of the name "Hamburger Mary’s" remain a mystery to this day. Whatever the intended meaning, "Mary" is a slang term of endearment between gay men that played well in San Francisco.

"The South of Market neighborhood was pretty much abandoned at the time," Christensen explained. "The City of San Francisco paid no attention to that part of town. It was this weird mixture of light manufacturing, auto shops and leather bars. Hamburger Mary’s was really the first hippie invasion south of Market. And it was beautiful!"

At the time, South of Market was one neighborhood by day and an entirely different neighborhood by night. Hamburger Mary’s fit into both worlds – whether it was the shop girls coming down from Market Street’s high-end department stores, or young bucks on their way to long-lost landmarks like Ramrod, Ambush, the Black and Blue, Boot Camp, Brig or The Trench. In the 1970s, the Folsom Street corridor became known as the "Miracle Mile" and the "Valley of the Kings." It also became the world capital for the gay leather scene.

"When people moved to the city, they often landed at Hamburger Mary’s and The Stud as their starting point," Christensen said. "Some wonderful people got their start with us." Both venues were regularly mentioned in Armistead Maupin’s "Tales of the City" serial in the San Francisco Chronicle.

"We had a stand-alone agreement," Christensen explained. "We were like the first child from the first marriage, and the other locations were like our siblings from the second and third marriages. Even though they were part of the family, we really didn’t know them at all."

Throughout the 1980s, franchise locations opened and closed around the country, but the original Hamburger Mary’s maintained its close-knit family feeling.

"We really didn’t rely on drag shows," said Christensen. "We were gay-owned and -operated, but we weren’t overly gay. We were the type of place you could safely bring your parents visiting from the Midwest. You’d see just about anyone there. It was such a mish mosh of people: socialites, leather men, journalists, musicians, oddballs, outcasts, you name it. Punk rockers loved our ‘come as you are’ vibe. We didn’t judge. We always made people comfortable. We did a great bar business – probably 50 percent of our revenue – and we were famous for our Bloody Marys."

Across Folsom Street, Jan Hill owned and operated The Stud until returning to Milwaukee in 1979. Under his leadership, the bar – open since 1966, but never a leather bar – became one of the hottest nightspots in San Francisco.

In 1980, the AIDS epidemic began to cast a long shadow over San Francisco. The happy-go-lucky days were definitely over.

"The fabric of the city changed," Christensen said, "because you were confronted by AIDS everywhere you went. It was absolutely foreboding. I remember when the first people were getting sick. Suddenly, we were losing our friends, co-workers, suppliers, neighbors ... We lost two of our owners. We lost hundreds of people.

"Every day, you would hear about someone else who had died. It really hit home when regular customers started coming in and asking to eat their last meal at Hamburger Mary’s."

South of Market changed in a big way. The leather bars began to close in the 1980s, replaced by dance clubs that were more popular with "bridge and tunnel" crowds. Tourists, celebrities and paparazzi started to show up at Mary’s. The dot coms took over the neighborhood in the 1990s, bringing new money and new customers that were already fleeting by the turn of the century. Hamburger Mary’s adjusted its menu to changing times, but it never really changed its character.

By 2001, most of the original players of Hamburger Mary’s had either passed away or moved on. Although business was still strong, the remaining business partners were burning out. Rose managed many of the business responsibilities, but between raising a teenage daughter and managing her own health concerns, she knew something had to give.

The business was put up for sale – and sold almost instantly. On April 23, 2001, Hamburger Mary’s San Francisco hosted a last call party. After 30 years, the walls of Hamburger Mary’s were covered in iconic artwork that was beloved by customers. This artwork was supposed to be included in the sale, but at the last minute, employees swapped out the original art for copies. The replicas were later auctioned at a charity fundraiser, but some employees still own pieces of original artwork to this day.

After Jerry Jones’ death, his ownership of the Hamburger Mary’s franchise changed hands several times, finally ending up with Brandon and Ashley Wright (operators of the Chicago and Milwaukee locations). There are now over a dozen Hamburger Mary’s locations listed on the company website, but beyond the name, none of them have any affiliation with the original location.

"The owners reminded me of us," said Christensen. "They’re young, bright and really committed to having fun."

Plans to reopen a Hamburger Mary’s in the Castro have stalled for over a year. This year, the Stud – now located at 399 9th Street – celebrated its 50th anniversary and avoided closure when 15 concerned citizens came together to purchase the bar and operate it through a cooperative.

Although she still owns and manages the Hamburger Mary’s building, Christensen no longer lives in the city of San Francisco. "I barely recognize Market Street nowadays.  They’ve built so many tall buildings, you can’t even see Buena Vista Park anymore!"

"Our little group really accomplished something special," Christensen said. "We brought a strong Midwest work ethic to San Francisco, along with valuable bar and restaurant experience. The long-time Milwaukee influence on the South of Market neighborhood is actually pretty incredible."