The Haskels' self-titled album, committed to tape in 1979 but never released, is released on Black Friday on vinyl and CD, finally cemented this pioneering band's place in recorded history.

Sometimes, the most important moments leave little or no trace.

Think of landmark Milwaukee punk band The Haskels, who influenced so many musicians here either directly, through their high-energy shows at places like Zak’s and The Starship, or via the bands that its members later formed, like the Oil Tasters. Their drummer (Guy Hoffman) was in both the BoDeans and the Violent Femmes.

But, the recorded legacy left by The Haskels – whose frontman Jerome Brish was himself a key personality and local legend on the city’s scene – consisted of a single 7-inch 45, not even recorded by the band’s original lineup.

Now, thanks to, among others, Splunge Communications’ Clancy Carroll – who was a member of that scene and has since helped chronicle it via releases like "History in 3 Chords" – the original lineup of The Haskels has been preserved for future generations.

The band’s self-titled album, recorded in 1979 but never released, is released on Black Friday on vinyl and CD. It will be available in local record shops like Acme and RushMor in Bay View and Bullseye and the Exclusive Company on the East Side.

"When the big Lest We Forget show happened seven or eight years ago, my band, the Dominoes were rehearsing for the show, and the subject of the original Haskels recording sessions came up," Carroll recalls.

"Gerard LaValliere was in the original Haskels and Bobby Mitchell was in the second version of the Haskels. Both were also in the Dominoes. It turned out that the band had done a full day of multi-track recordings in late 1979, just before they broke up."

Brish’s wife Sue Zette had funded the recordings, and, Carroll found out a number of reel to reels existed. 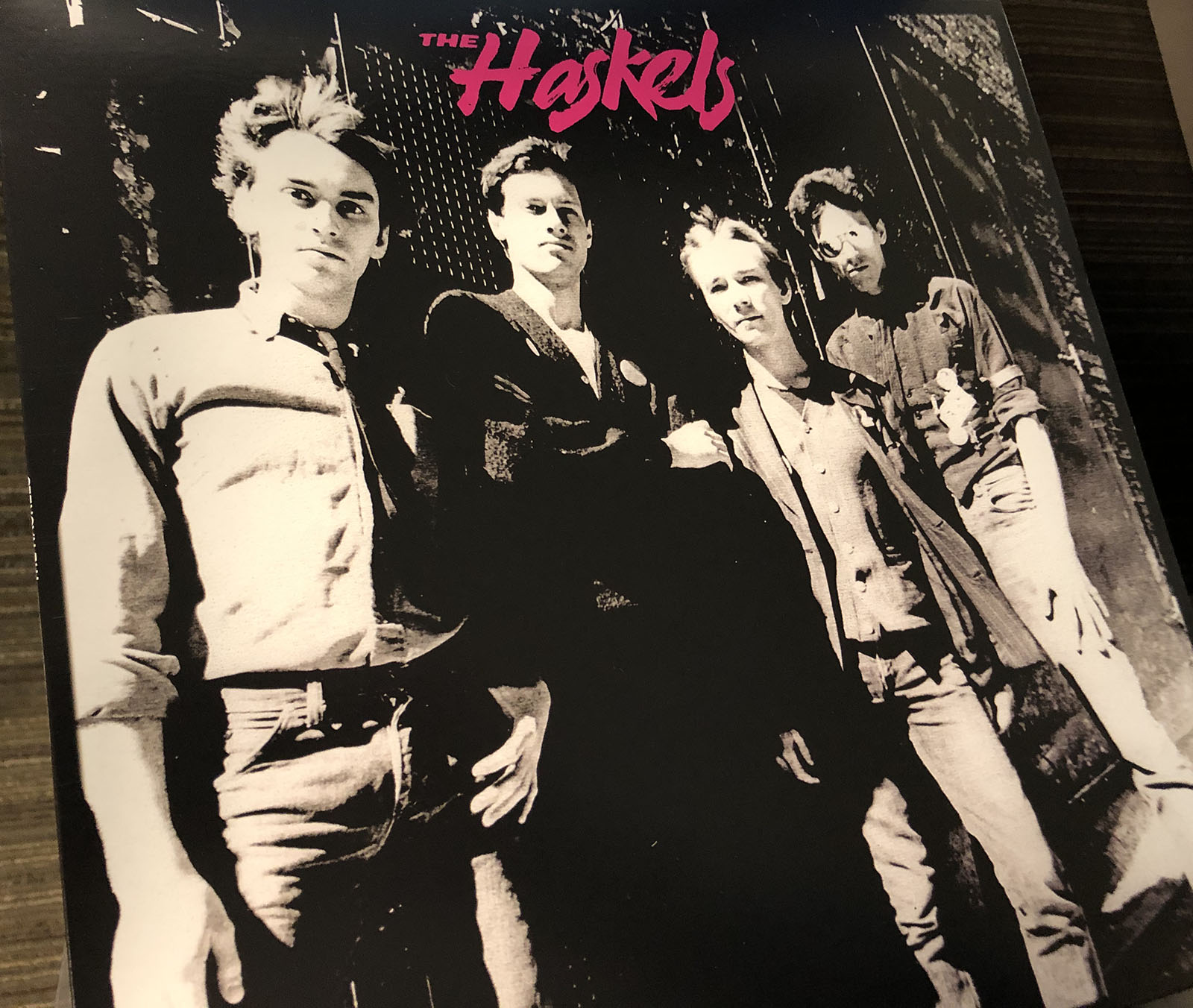 "Having my record label Splunge dialed up to release a Dominoes CD and having included some Haskels tracks on the ‘History in 3 Chords’ compilation, I had an interest in hearing the tapes and possibly doing something with them."

The group had recorded a single session at Bayside’s Solar Studios, which closed not long after the quartet rolled in to record its no-nonsense rock and roll that paid tribute not only to its hometown roots via songs like "Liberace is Coming," but injected an important dose of humor into local punk, with tunes like "Born to Eat Cake."

"I don't believe that the band had plans to release a full length record, but did at one time have plans to do a 45," says Carroll. "Other than a song or two, the tracks were never mixed down. They sat for 30 plus years until we started working on the project.

"Our goal was to put out something that looks, sounds and feels like a release from 1980. So it's not a compilation of demos and live material. It plays like a full-length long player."

In this effort, Carroll has achieved success.

The sleeve looks like a 1978 punk rock record, the audio sounds like one, too. It comes with a poster, too, like a lot of records did back then (this one with liner notes by Dave Luhrssen, who was there).

And, he’s right, the record is so cohesive that it does feel as if it were created with the intention of releasing it just as it is.

But don’t think for a second that the road to this achievement was easy one.

"It was absolutely a challenge and a huge labor of love," says Carroll. "The first time we gave the tapes a spin it was obvious that they had decayed over time and would need to go through the convection oven tape baking process. It felt like we were dealing with some newly discovered Mediterranean scrolls or something. If we messed this up the recordings would be gone forever."

A West Coast professional was secured to do this delicate work and the tapes were so decayed, says Carroll, that they had to be be baked twice.

Then came mixing, for which Carroll tapped WMSE’s Billy Ciccerelli.

"We went through a lot of iterations and finally had Doug LaValliere (whose two brothers were in the band) come up from Austin and work with us in the studio, as he had been around back in the day and knew what the band should sound like," says Carroll. "Seven years later and voila, we have the Haskels LP."

Carroll believes that the late Brish – aka Presley Haskel – and Richard LaValliere would be pleased with the results.

"Both of them continued to create and play until their deaths," he says. "Neither of them ever quit, and both had very interesting post-Haskel careers. I personally believe that what they both wanted, individually, was to have a legacy and to have their music heard. Like any artist. So yeah, I think Jerome would be pleased as punch.

"I am excited to see how the record is received, both locally with people that either heard them at the time or have a historical interest, as well as across the world out there in indie record collector land. I think its a holy grail and stands up to anything, anywhere, from the late ‘70s- early ‘80s timeframe."

At the most basic level, however, regardless of what folks think of the music, the record is not only a time capsule, but a testament to one of the pioneering rock and roll bands in Brew City.

"The whole idea is to really honor the band, in particular the songwriting and vision of Presley Haskel and Richard LaValliere, and the role they played in Milwaukee's punk rock scene and the underground history of the city."

In related news, a benefit concert honoring the memory of Richard LaValliere will be held Saturday, Dec. 7 at 9 p.m. at Linnemann's Riverwest Inn, 1001 E. Locust St.

The Six Wives of Richard and The Daves will perform and all proceeds from the $10 cover will be donated to Planned Parenthood Advocates of Wisconsin.