Sometimes all it takes is a passing reference - a little tidbit - to crack open a bigger story. When I mentioned John Hausch's early 20th century tavern in Tosa Village in my Colonel Hart's story, my friend Joe Hausch contacted me to say thanks for mentioning his grandpa's tap. Then, the history emerged.

Sometimes all it takes is a passing reference – a little tidbit – to crack open a bigger story.

When I mentioned John Hausch’s early 20th-century tavern in Tosa Village in my Colonel Hart’s story, my friend Joe Hausch contacted me to say thanks for mentioning his grandpa’s tap. Then Hausch connected me to his cousin Ken.

Ken is clearly the keeper of the family archives, because he unleashed an amazing torrent of photographs and information about the bar, which I feel compelled (and am quite pleased) to share here. 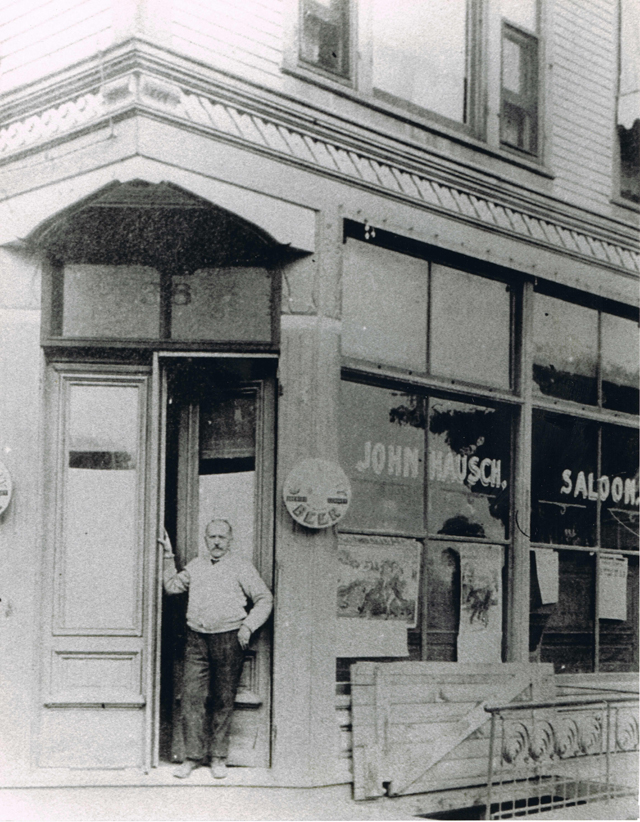 Born in Wessingen, Germany (in Baden-Wurttemberg, not far from HohenzollernCastle), in 1854, John Hausch (pictured above) came to Wauwatosa in 1880 and thanks to a small notice in the newspaper, we can see that he obtained a liquor license from the Wauwatosa Common Council in July 1898, and that’s when he likely opened his saloon at 38 State St. (later 7434 W. State St.). 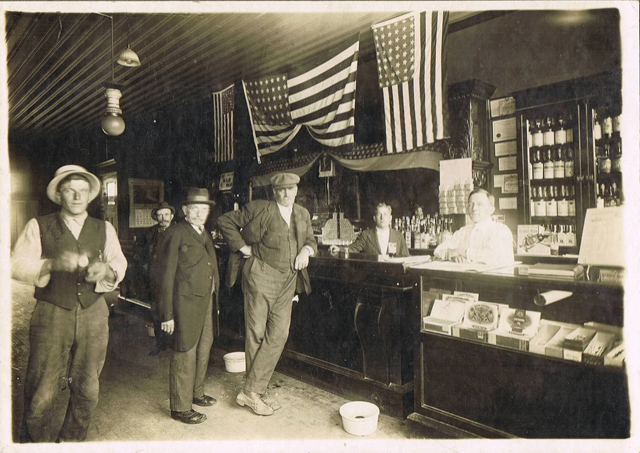 But it may not have been his first, because when Hausch died on March 31, 1933 (during Prohibition, which ended in Wisconsin less than a month after his passing, and was repealed nationally about eight months later), his obituary noted that he’d been a tavern and restaurant operator for 33 years when Prohibition began in 1919.

That suggests he was in the beer business since around 1886.

Once here, Hausch married Theresa Sterr, with whom he had six sons and two daughters, and he was active in the German community as a member of the Tosa Germania Lodge, the Milwaukee Schwabenverein and the Holy Name society at St. Bernard’s Church.

From left, in white shirts: Hank Falk, Charley Hausch and, behind the bar, John Hausch Jr.

It appears that for at least part of the time during Prohibition, the tavern space was used by John’s son Henry (pictured below on his delivery wagon) as home to his Hausch’s Cash Market, which according to city directories from 1926 to 1932 sold wholesale and retails meats, including baked ham, poultry, eggs and fruit and vegetables. 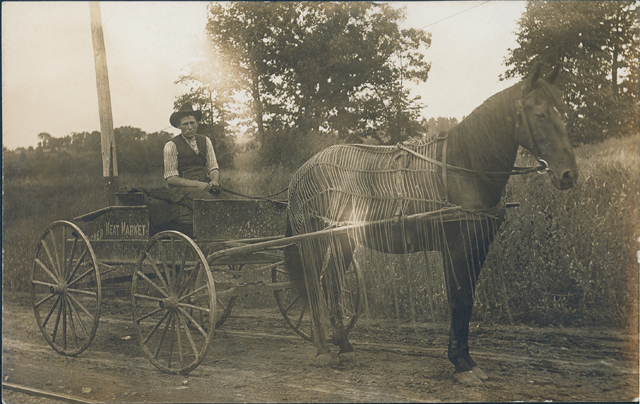 Henry's 17-year-old son, Henry Jr., was rescued from a fire that damaged the residence attached to the store in 1931, suggesting that they lived at the shop.

It’s unclear what John Hausch himself did during Prohibition (the directories list no occupation for him), but perhaps he worked for Henry, or lived off the rent from the market.

"After Prohibition," Ken Hausch says, "my grandfather, John Hausch (Jr.), re-opened the tavern and lived upstairs from it. He also had a pool hall (seen in the two images below) that my father said was on State Street, east of Harwood. In the same area as the saloon." 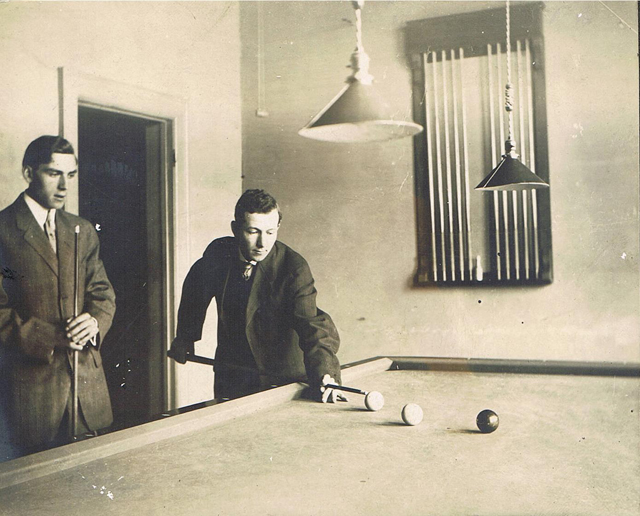 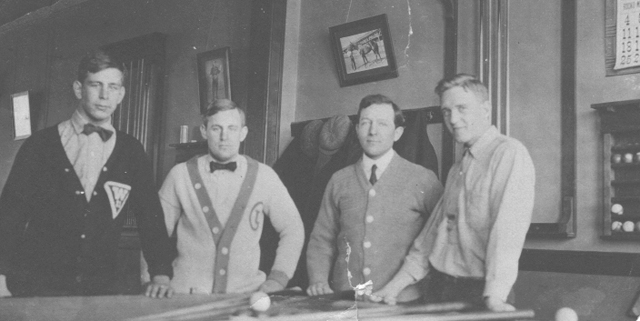 When the bar was resuscitated, Henry moved his butcher shop down the street to the storefront at 7602 W. State St.

John Jr. (who was also a volunteer Tosa firefighter, according to Ken) didn’t run the tavern – which in 1943 was called The Old Homestead – all that long, says Ken Hausch. 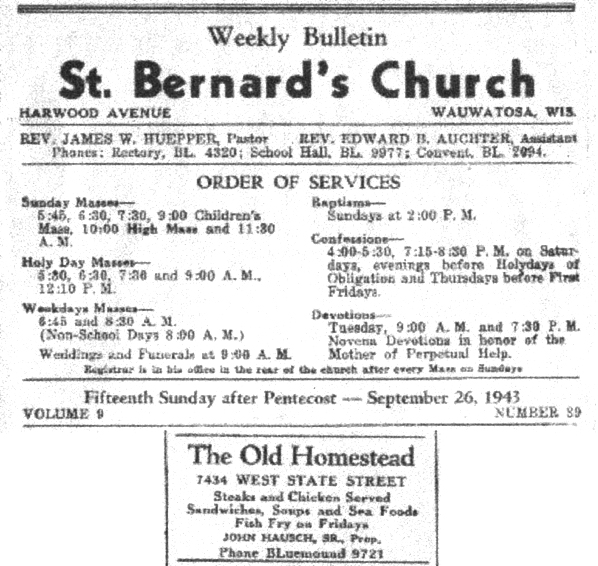 "In the 1940s, my grandfather didn't like the idea of raising his children in that type of environment, so he sold the business, moved to a farmhouse on Highway G in Waukesha, and got a job at Allis Chalmers." 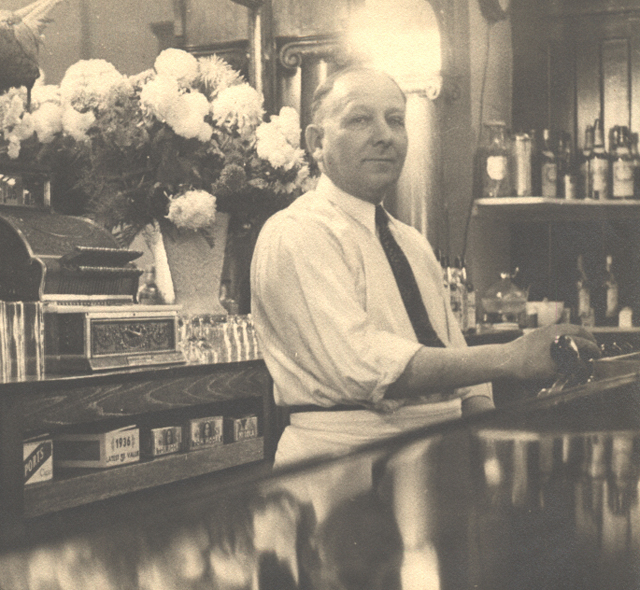 John Hausch Jr. at the bar.

And it is here that the Hausch tap becomes part of the history of Colonel Hart’s, via another German immigrant, Hans Lix.

Born in Burgheim, Germany, in 1890, Lix came to America in 1911, and become a citizen eight years later. He settled in Tosa and worked as a dairyman at Gridley Dairy, which at that time was located around the corner from Hausch’s place, on Harwood Avenue.

He drove a milk truck and, by 1940, had risen to supervisor. He appears to have bought the bar from John Hausch Jr. not long after. As I wrote in my Hart’s story...

A decade later, the First National Bank in Wauwatosa wanted to build a sparkling new building on 75th and State Streets, where the old Hausch tavern – now Lix’s – stood. So, getting its permits in order, the bank was also able to get Lix's license transferred to 7342 W. State St., and offered to build him a one-story tavern building on that site.

Lix apparently agreed, because by 1957, he was up and running at the new place, which, interestingly, had previously long been the site of a private home, which was occupied until at least 1955.

The bank tore down the old bar and now even that replacement has been replaced. This time with a four-story mixed-use development that has three stories of apartments and a row of street-level retail spaces, bringing storefronts back to that stretch of State Street.