The beat goes on: Heart Walk is this weekend

When Kelsey Gumm’s feet hit the pavement during the American Heart Association’s Heart Walk this Saturday at Veterans Park, each step will represent the gratitude she feels for the organization.

Heart Walk serves as a fundraiser to raise research money for the 100-year-old American Heart Association committed to fighting heart disease and stroke for millions of people, including Gumm.

"I’m not the ‘typical’ heart disease survivor because I'm so young," says Gumm, 32. "But that’s why I want to share my story. Heart disease is a number one killer and affects people of all ages."

Four years ago, Gumm – who had already served 10 years in the Navy – passed out while she was exercising in a fitness facility. To her surprise, she later found out she had left ventricular non-compaction cardiomiopothy, a form of heart disease.

"Basically this means my left ventricle is like a sponge and not a full muscle," says Gumm. "It also meant my career in the Navy was over."

Gumm, who was planning to retire from the military after 20 years of service, was devastated. She was also terrified that she would suffer heart failure from even the slightest bit of exercise.

"I didn’t want to get off the couch. I thought it would kill me. So I watched a lot of TV, got pretty chunky and felt depressed," she says.

Because she was not ill enough to qualify for a heart transplant, Gumm was prescribed medication and surgeons implanted a pacemaker and defibrillator in her chest. And yet, she didn’t feel safe exerting herself.

Eventually Gumm got to a breaking point and realized she needed to find the courage to get her life back. Last spring, she reached out to the American Heart Association and The Wounded Warrior Project for support. She learned about the Soldier Ride, a four-day, slow-paced bike ride for veterans. She signed up and later completed a 32-mile ride.

"I’ve been biking 100 miles a week ever since the ride and I feel the healthiest I’ve felt since I was diagnosed," she says. 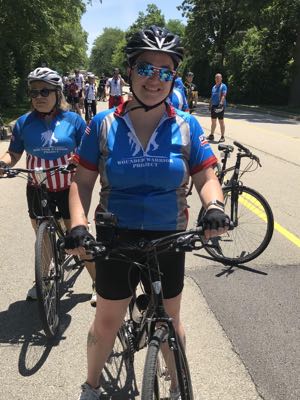 Gumm, who is now a student at the University of Wisconsin-Parkside and plans to be a high school history teacher some day, will receive an award from the American Heart Association before the walk on Saturday. Afterwards, she and her posse of 40 friends and family members will stride in support of heart health.

Aptly, her team’s name is The Gummballs.

"We’re wearing shirts that say ‘Sticking with Kelsey and her fight against heart disease,'" says Gumm.

MiKayla Person will also volunteer her time for heart health on Saturday. Person, who was born with a congenital heart defect known as Tetralogy of Fallot with a VSD, has underwent four open-heart surgeries.

"The AHA has funded numerous types of research and legislative opportunities that if they had been in place when I was born would have helped me to get life-saving treatment much earlier in my life," says Person. "In 2008 they helped to pass a law that all newborn babies would receive a pulse ox screening that would help find defects like mine."

In recent years, Person has become an advocate for people with heart defects or  have suffered strokes and she works to change laws.

"I became involved with the American Heart Association first hand last winter, when I partnered with them to pass legislature that would require all 911 operators to be trained in assisting callers perform CPR," says Person.

Today, Person’s health is almost perfect and she is a fully-functioning college 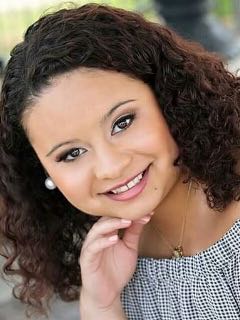 student. "I am on no medication for my heart defect which is amazing, and I only see a cardiologist once a year for check-ups," she says.

However, Person knows she is one of the lucky ones, and continues to be a voice for those still suffering.

"I think that it’s really important for me to share my story with others to act as an advocate for this topic. Not many people experience it, but when you do it's life altering," says Person.

"I feel that it is particularly important to advocate for pediatric heart health because as someone who has been there it is extremely important that we continue research and working in the community to continue to influence the things people know about heart health."

Study finds nearness to trees, grass and other plants can lower risk of strokes