You can take the boy out of New York but you can't take New York out of the boy. Long after I left the Big Apple, I still visit often, read tons of books about the city and its history and, as I was reminded last week during a visit to Milwaukee Art Museum, I can stand and stare at images of the city for a really, really long time.

You can take the boy out of New York but you can’t take New York out of the boy. Long after I left the Big Apple, I still visit often, read tons of books about the city and its history and, as I was reminded last week during a visit to Milwaukee Art Museum, I can stand and stare at images of the city for a really, really long time.

A pair of shows on view in the museum’s Herzfeld Center for Photography and Media Arts galleries on the lower level focus on the city.

"James Nares: In the City" captures New York City street life in a pair of films made in the city by British artist James Nares. 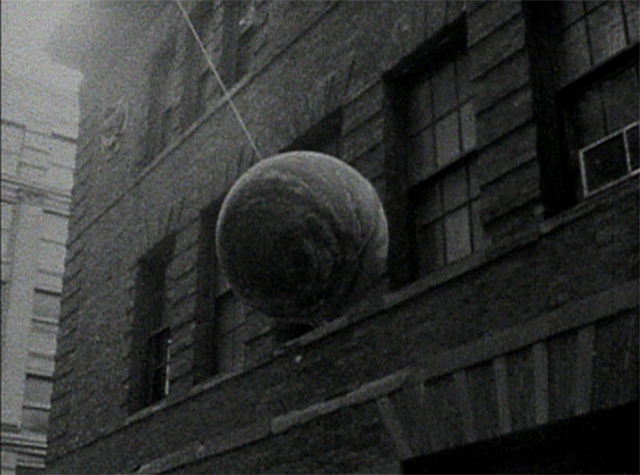 The black and white "Pendulum," from 1976 is an exploration of movement and repetition that follows a concrete ball as it swings over a TriBeCa street. Because of its gritty monochrome Super 8 film and the street’s almost timeless New York appearance, the film looks as though it could’ve been made at almost anytime since the birth of the medium.

More engrossing for me was Nares’ 2011 "Street," a high-def video that allows us to people watch via a stream of almost hypnotic and often painterly images.

But it was the more than 40 works by photographer Helen Levitt in "Helen Levitt: In the Street" that really drew me in. Levitt’s work, which spans the 1930s to the first decade of the 2000s, is the ultimate in New York City people watching.

She captures children playing, folks strolling, others seated on their stoops or on chairs on the sidewalk. There are folks hanging out windows, shopkeepers, lovers. Levitt often photographed people surreptitiously using a right-angle lens.

I recognize places and types. When I see images from the 1970s, my memory is juiced. When I see kids playing on the street in a 1940 image, I see my dad. When I see 1930s images, I look for my grandparents. Though I never find them specifically, I find their neighbors, perhaps their friends and co-workers.

I devour the architecture in the backgrounds, the urban landscapes, the disappeared elevated lines. I read the signs on the storefronts and the let the green ones with the round red Coca-Cola signs on the soda fountains transport me back to my youth when these signs still survived. 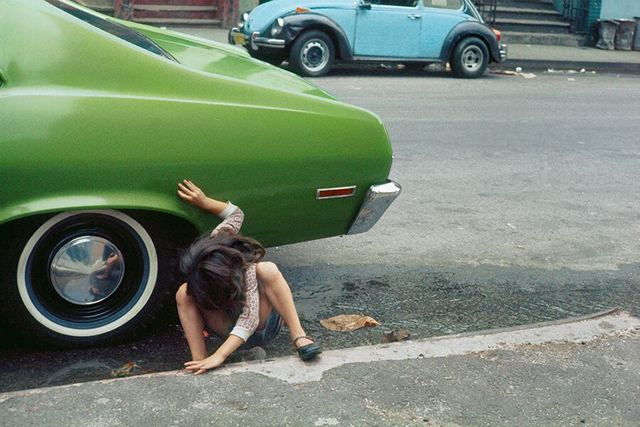 A 1948 film, "In the Street," plays on a loop in the exhibition, re-animating Levitt’s images.

Levitt has been famously dubbed "the most celebrated and least known photographer of her time." What I love about her work is how it celebrates the least known New Yorkers.

The show, organized by Telfair Museums, Savannah, Georgia, runs through April 16, which is also when the the Nares exhibition closes. Don’t miss them.