Hibachi Boy, a new restaurant gearing up to open on Mason Street, next door to Ward's House of Prime, hopes to bring a healthful aspect to Downtown eating with its sushi and grilled Japanese offerings.

A new tenant is making progress on the space at 530 E. Mason St. in the former home of Fajita Grill.

The new sit-down restaurant will be called Hibachi Boy and will serve sushi and Japanese grilled fare accompanied by wine, beer and Japanese-inspired cocktails at its full bar.

Owner Neil Gonzaga is the Milwaukee-based operator for the business which he owns with his sister Roung Kumgool and brother-in-law Jun (Philip) Sayavong, who are the chefs and owners of Hibachi Boy in Wichita, Kan., a restaurant known for serving up "five-star flavor that won’t break your pocket."

Gonzaga, who has a background in naturopathic medicine, says he’s always been interested in food and getting into the restaurant business. Hibachi Boy presented an opportunity which is both in keeping with his passion for food and a desire to share delicious and healthful food with Milwaukee. 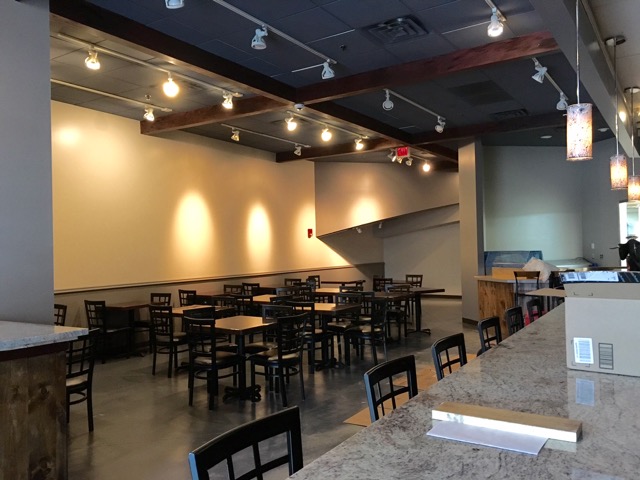 "I truly believe that the things you put inside of your body is more important than anything exterior," he says. "So, this concept really appeals to me. The fish, the vegetables, they all contribute to the internal aspect of health."

A full menu is currently being developed with the input of Kumgool and Sayavong, who will also train kitchen staff for the restaurant.

Gonzaga says that the hibachi aspect of the restaurant won’t be traditional; items will be prepared in the kitchen, rather than in front of guests. However, he says he wants the space itself to be a draw, along with the good, fresh, healthful food. Unlike its sister restaurant in Kansas, the Milwaukee Hibachi Boy will be less of a fast-casual spot and more of a sit down experience, he says. The space, which incites elements of the natural world with its wooden paneling, granite-topped bar and hibachi fire, works to reinforce Gonzaga’s vision.

Currently, Gonzaga is hiring both front and back of house staff. He says he’d like to see the restaurant open by March 8.

Tentative hours for Hibachi Boy will be Monday through Saturday from 11 a.m. to 2 p.m. and 4 p.m. to close.