You can find just about anything roaming the streets of Bay View looking for a bite or a beer - including a cute little baby in a combat helmet choking down a cigar and a pint of beer. Welcome to Baby Boomers.

You can find just about anything while roaming the streets of Bay View looking for a bite or a beer.

You can find exquisite sandwiches and tasty craft brews – including the best beer list in Milwaukee according to you readers. You can find bars blasting the city’s hottest live music until well after the sun goes down, and you can find bars blasting England’s hottest soccer matches right as the sun’s coming up. There are dives and fine dining. Small plates and family-style platters. History and the latest hip trends. Indian, Mexican, Peruvian, Italian, Vietnamese, Chinese and more – all living in harmony.

And, if you venture a bit off the neighborhood’s main drag, you can find a cute little baby in a combat helmet choking down a cigar and a pint of beer. 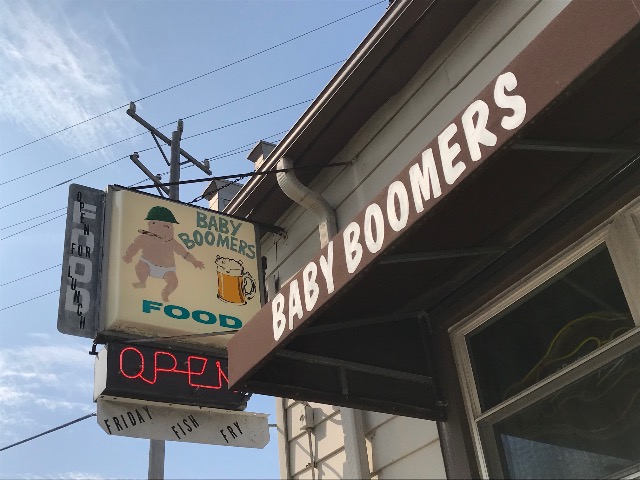 Welcome to Baby Boomers, the neighborhood dive at 182 E. Lincoln Ave. that houses either the best sign in the city or the worst sign in the city. (We lean toward the ranking of "best worst.") While current owner Wendell "Ed" Bennett isn’t sure of the exact history and inspiration for the sign, he at least knows he can neither take the credit or the blame for the kooky, kitschy sign or its matching name – relics from a previous proprietor according to myth.

"He was patriotic; he liked to have Army stuff and flags, and he was the one who came out with that baby having a beer and a cigar, telling the world, ‘Hey, here I am, I’m an Army brat’," recalled Bennett, a southeastern Georgia native who moved up to Milwaukee in the ’60s to go to school and worked as a truck driver before the endless dreary nights on the road finally wore him down and he took the off-ramp toward officially owning a bar in 2001. And considering he also belonged to the Boomer generation, he kept the name and the hard-living infant over the front door.

Much like the signage, the bar itself is unrepentantly, unapologetically unhip. There's not a ton of room – though more than you'd think wedged in the tight triangle corner of East Lincoln Avenue and East Ward Street, hosting a cozy and casual bar hall space that holds seats for a few dozen people maybe, a pair of pool tables, some typical bar games, a jukebox and a few TVs. There's a small back hallway and a decent patio space out back too, but nothing frilly or fancy. 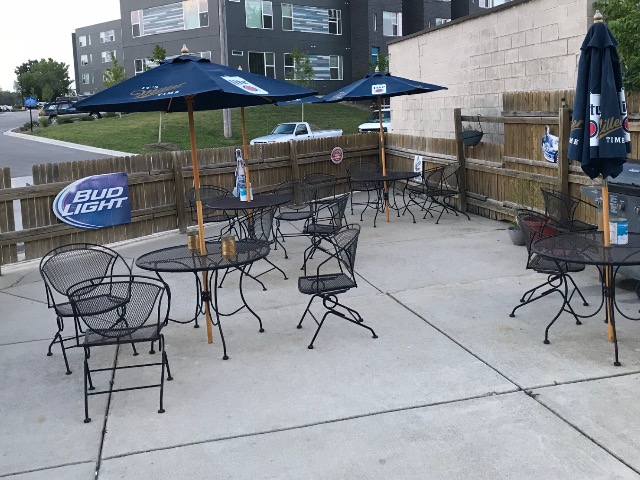 Not that Bennett or Baby Boomers would have any interest in that anyways. It may just be a short block or two removed from the trendy restaurants and extensive craft lists of downtown Bay View, but the list of offerings Baby Boomers happily exists in a different world miles away in a different era, sticking with almost nothing but domestic macros on tap plus some basic cocktails and shots.

That’s just the way Bennett likes it – and considering the prices, barely a couple bucks for a pour of PBR in a refreshingly cold mug, that’s the way his regulars like it, too.

"We don’t carry a lot of (craft beers). Five or six dollars for a glass of beer? I wouldn’t buy it. I think it’s a waste of money; beer is beer," Bennett argued. "They say, ‘We like dark beer.’ Well, I could always put some food coloring in there to make it darker; you’d never even know the difference on some of them."

Bennett saves what little fussiness Baby Boomers puts forward for the bar’s food menu – something he says surprises many patrons, despite the bar’s numerous signs promoting its eats. He serves up typical greasy spoon grub like a Friday fish fry and burgers – including the Boomer burger, a cheeseburger with lettuce, tomato, onion and special sauce – going the extra mile on the latter by actually hand-patting the burgers together.

"Some of the best corner bar burgers existed in the ’70s and ’80s," recalled Jim Donaldson, a Baby Boomers regular, "like Sunrise Tap, right off of Chase and 5th. They’re not there anymore, but they had the best burgers."

"A lot of people don’t want to put that extra work in anymore to make the food really special," Bennett added.

As one might expect considering the name, the bar mostly draws Baby Boomers and the old guard of the increasingly younger Bay View neighborhood. The afternoons mostly belong in the retirees, and while the summers can get slow – as with many bars and restaurants without an outdoor emphasis – the fall tends to pack up the little pub with Packers, Bucks and Badgers games. Plus, there’s the pool leagues, a neighborhood tavern tradition kept alive by hidden gems like Baby Boomers. 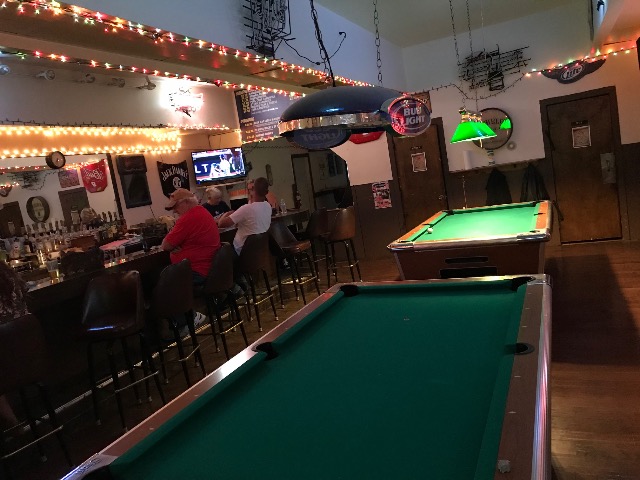 "You don’t see a lot of neighborhood bars around anymore," Bennett said. "Where does the older generation go to relax? They go into some of these new upscale joints, and they can’t relax in there. It doesn’t fit their personality or anything they believe in. That’s what a neighborhood bar like this is for. A lot of culture goes in and out of these doors – older culture, stuff a lot of people forget about."

That being said, Baby Boomers also draws in some younger crowds and millennials adventuring out from the town’s main trail, looking for a break from the bustle. And despite the ongoing low-key testiness between the generations, the two intermingle quite comfortably at the Bay View bar. In my particular visit, the conversation ranged from light-hearted banter about the Brewers’ playoff odds and generational differences to eventually heavier talk about one patron’s guilt over not serving in the Vietnam War and health scares, leading eventually to the topic of "holy crap, how’d it get this late so fast" – the universal code for a solid bar.

"You used to go to bars all over this neighborhood, and the first thing the bartender would say was, ‘Hi, what will you have?’ Now somebody’s gotta know you or you’ve gotta have the right thing or they’re too busy for you," Donaldson said.

"That’s what this bar is: character and conversation," Bennett added.

And although Bennett mentioned being ready to retire and looking at other options, for now, that conversation and that old-school Bay View character at Baby Boomers is still going – complete with its battle-ready, brew-swigging baby mascot in tow.