Cesar's Inn, previously owned by former Brewers' manager Harvey Kuenn, is a nod to baseball's past and a solid choice for dive bar beer drinking.

"Rooming houses have bad reputations, but I’m proud to say mine’s a little different," says Janocik. "I have a weekly maid service, strict rules and very little trouble. It’s a harmless place; usually everyone is well-behaved. I have guys who have lived here for 30 years."

Janocik bought the building, 5527 W. National Ave., in 2000 from Audrey Kuenn, the widow of former Brewers manager Harvey Kuenn. Harvey started hanging out at Cesar’s Inn in the late 1960s and it was there he met Audrey, who was the daughter of the owner at that time. The two married in the mid-70s, moved into an apartment behind the bar and operated it together.

The bar was packed, especially during the 1982 World Series when Kuenn was the team manager. Today, it still draws a decent crowd – mostly older guys who like to day drink and Brewers fans before and after games.

"It’s just a happy, fun place," says Janocik. "I get a lot of people from all over because of the hotel next door. People from the UP and as far away as Alaska have come for a game and stopped in for a drink." 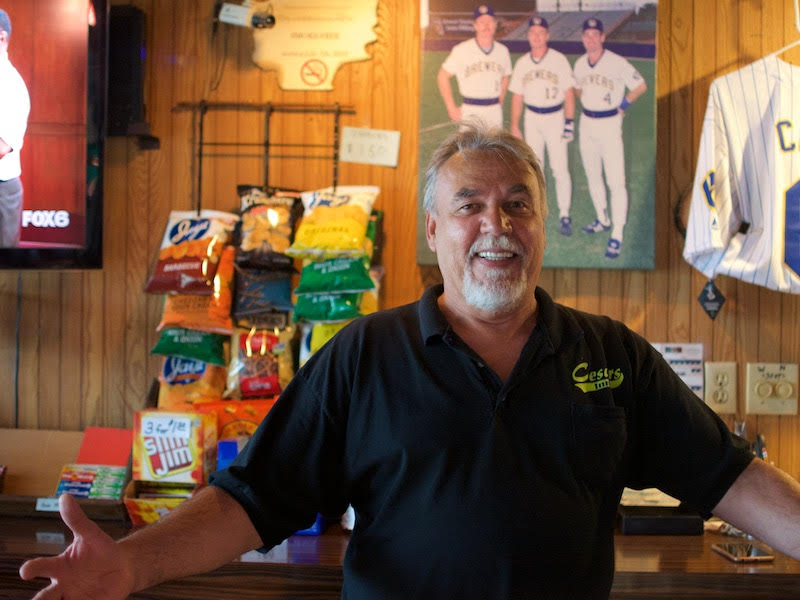 The interior of the bar  features a lot of team memorabilia, including Brewers-themed ceiling tiles and large photographs affixed to the back bar.

Janocik owned a few other bars in his past, including The Walleye Saloon in West Allis and the Stone Bank Supper Club in Okauchee Lake. He also owned Studz Pub with Dean Ratas, but gave up his share to focus on Cesar's and other endeavors.

"I also worked for Quad Graphics for 13 years," says Janocik. "Harry Quadracci said to me once, ‘you'll never get rich working for me, but you'll always have a job.' So I quit – and decided to try it my own way."

Guests won’t find much to munch on at Cesar’s, but there’s usually a frozen pizza available. Mostly, Janocik says, they are a beer and a shot bar that also sells a lot of vodka. 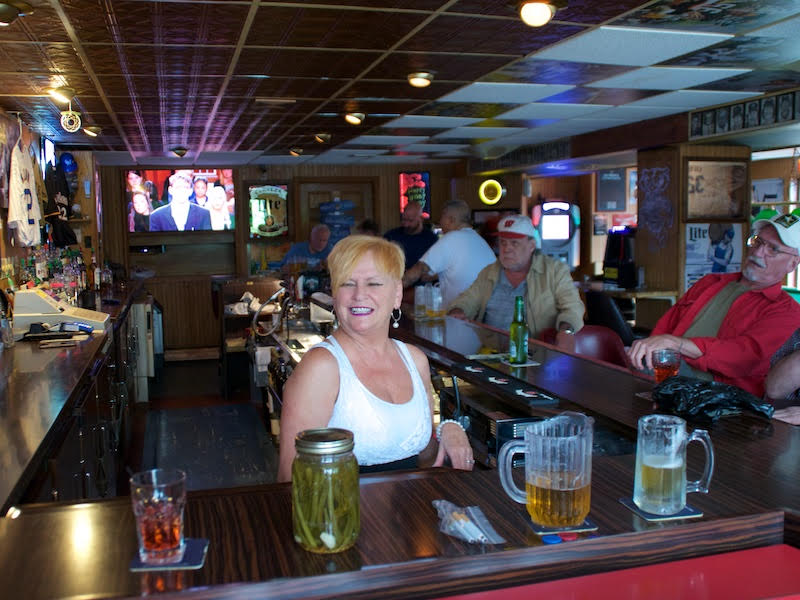 He says his staff is what makes the place special – numerous Cesar’s employees have been there as long as he has – and the other notable aspect of the place is the vintage sign on the front of the building.

"I thought about replacing it, but everyone told me ‘don’t you dare replace that sign,’ which is actually fine with me. A new sign would cost a lot of money," says Janocik. 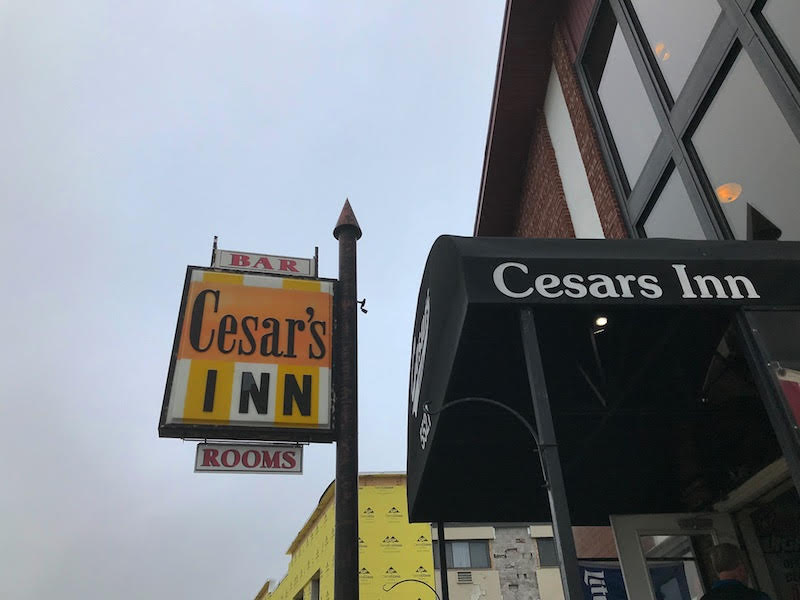