It was our first visit to Coach's Pub & Grill, 5356 S. 13th St., and quite possibly under the best possible circumstances: The Brewers had just swept the Reds and there was a special on wings.

It was our first visit to Coach’s Pub & Grill, 5356 S. 13th St., and quite possibly under the best possible circumstances: The Brewers had just swept the Reds and there was a special on wings (more on that later).

The large, three-sided bar was full, as were most of the tables in the dining area, but we managed to grab seats just under a massive flatscreen TV airing highlights from the game. 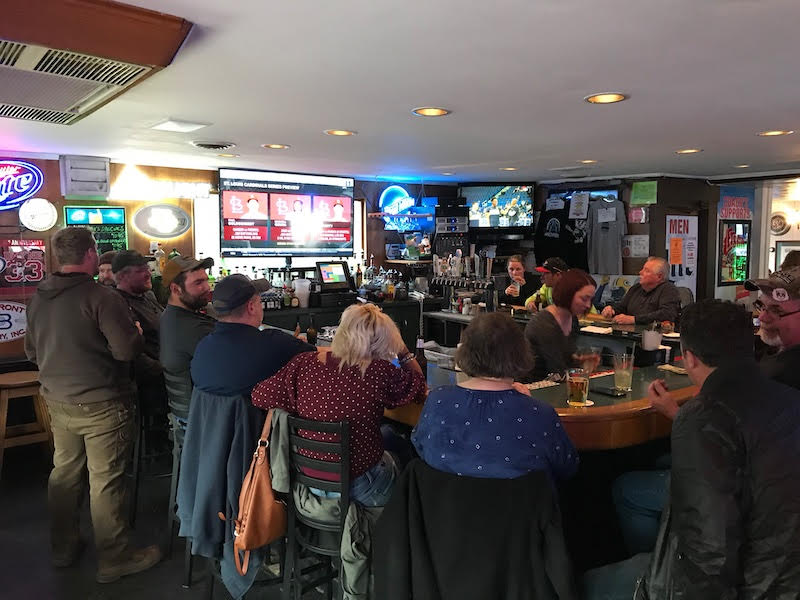 Corne Hanssen purchased Coach’s in 1999, and exactly a year ago opened a second location, Coach’s On the Lake, in the former DeMarinis Danoon Saloon in Muskego. Hanssen also owned The Newport in Bay View from 1988 to 2003.

Coach’s is a comfortable, welcoming, no-frills, classic-South-Side-Milwaukee sports tavern with excellent bar fare food, most of which is made from scratch.

"We are a neighborhood sports bar with really good food," says Hanssen. "Quality food, made from scratch has always been a priority for me, along with reasonable drink prices – and sports."

The extensive menu features customer favorites like the broasted chicken and wings – both of which are made with fresh, unfrozen chicken – along with pizzas with scratch-made crusts and the Big Boy Burger that’s almost identical to the sandwich from the beloved Big Boy restaurant chain.

"I have customers who come from West Bend just for the Big Boy burger," says Hanssen. 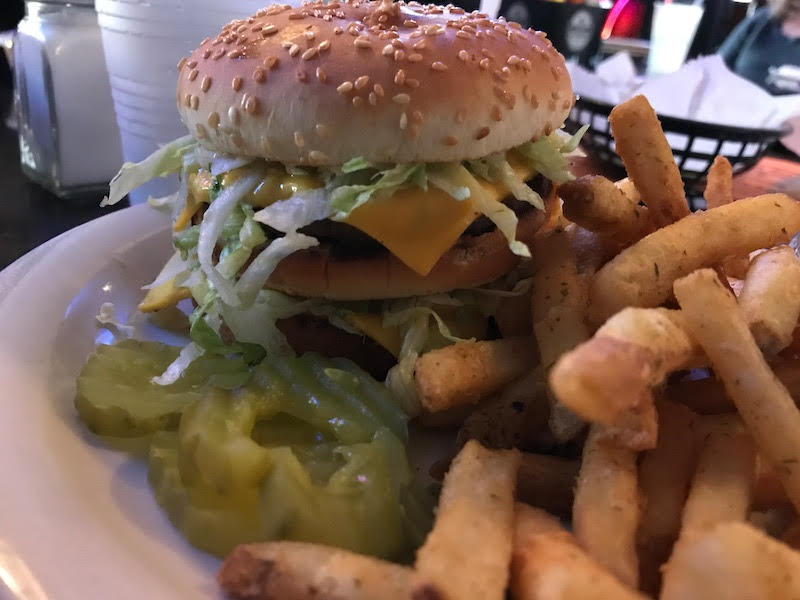 Aside from the food, Coach's Pub & Grill has nine televisions, outdoor seating and volleyball courts.

During our visit, we had to try the Big Boy Burger and chose sour cream and chive fries. There are six or seven different sides to chose from, including three kinds of fries, homemade soup, salad or onion rings. The Big Boy was exactly what we hoped it would be, down to the very last sesame seed on the bun. And for $7.95 it was an incredibly good deal.

The teenaged boy with us wanted to try the Grave Digger Burger Challenge, which offers to pay for the $29.95 meal if someone can finish the 2-pound burger topped with a pound of bacon in 60 minutes. To do this, a call ahead is necessary, so maybe next time. Sorry, teenaged boy.

We also tried the aforementioned wing deal and got 10 large, boneless with honey and BBQ for $8.

Although tempted by the broasted chicken – which Hanssen suggested during the interview – we decided to choose a more adventuresome item and got the chicken and waffle sandwich. This includes a breaded chicken breast between thin, toasted waffles and topped with cheese, bacon and maple mayo on the side (yes, please!). This came with a choice of sides for $9.95. 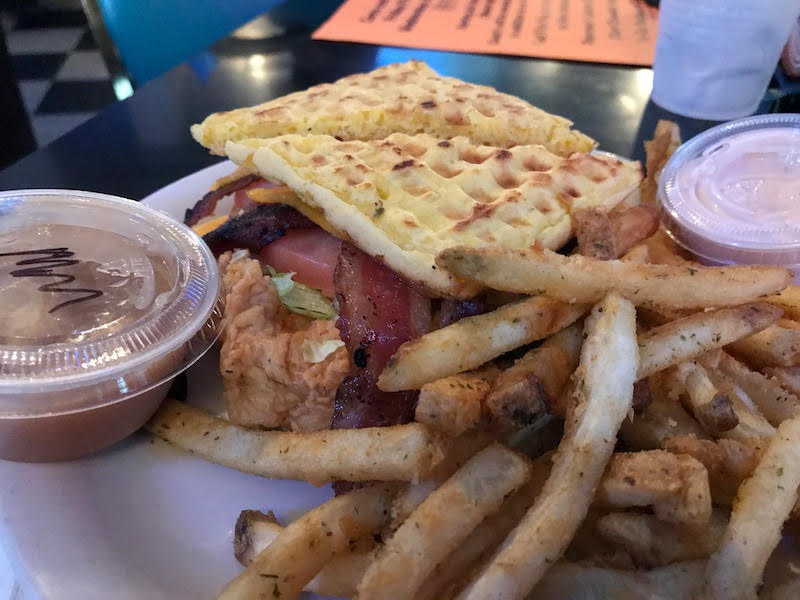 Hanssen, who grew up in Bay View and graduated from Marquette High School, was a letter carrier for 32 years. He met a lot of people over the years on his mail route, some of whom are customers today.

"If you treat people right, they come back to you," says Hanssen.

"We’re a neighborhood bar, but because we’re close to the airport, we also get people from all over the place," says Hanssen. 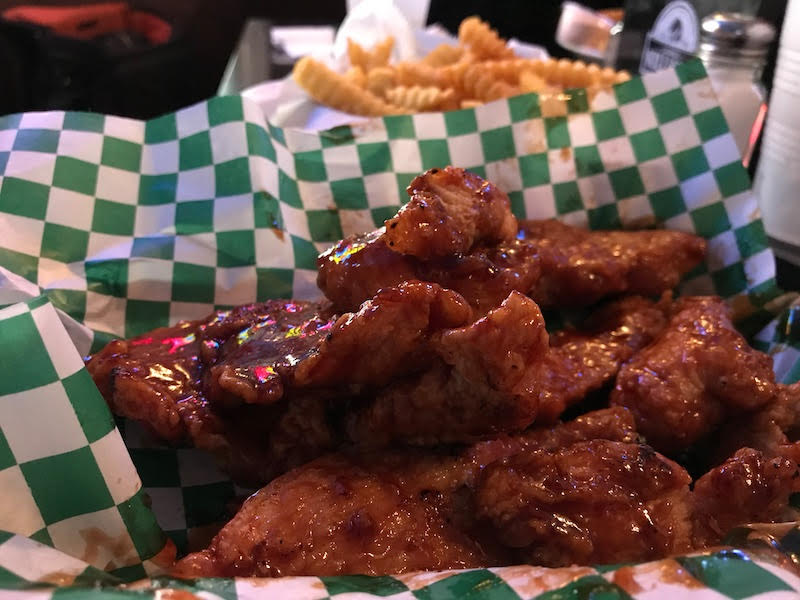