The best bars are comfortable places where guests can gather to enjoy a drink and the company of friends. And their innate ability to engender feelings of comfort, joy and camaraderie is what makes these neighborhood hangout so special. Such is the case for the aptly named Happy Tap.

The best bars are comfortable places where guests can gather to enjoy a drink in the company of friends. In fact, it's their innate ability to engender feelings of comfort, joy and camaraderie that makes these neighborhood hangout so special.

Such is the case for the aptly named Happy Tap, 6801 W. Beloit Rd., a longtime West Allis staple which keeps its patrons coming back with a combination of affordable drinks, hot pizza and a friendly congenial vibe.

Like so many corner taverns, Happy Tap has a relatively long history. Of course, you wouldn't know it from the quirky sign on the front corner of the building. 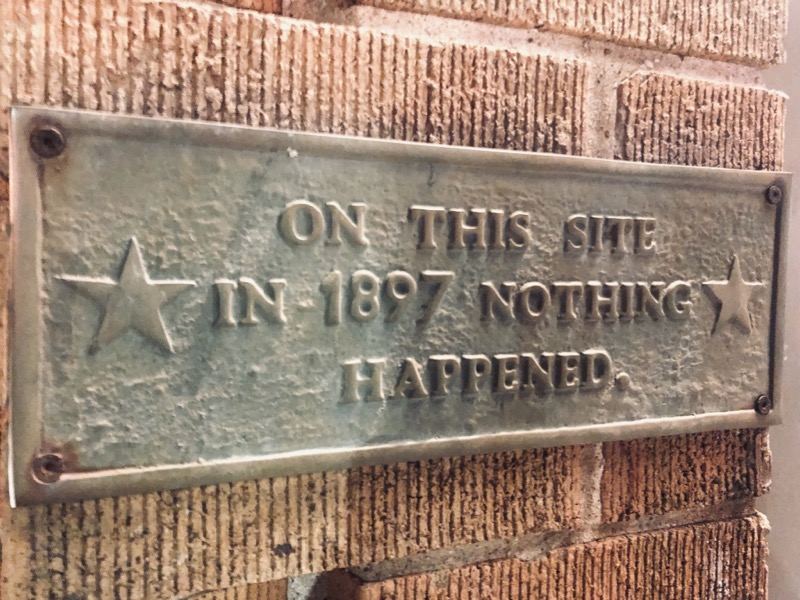 It seems the bar got its start during the post-Prohibition era. A sales listing for the property in a 1936 edition of the Milwaukee Journal lists the property as "Tavern: one of the best in West Allis: brick building: six years old." Subsequent publications spanning the next 20 years list numerous owners for the venue, which was called by a variety  of names including the Ribich Tavern and The Martin Kiefer Tavern.

Only one of the names had real staying power. 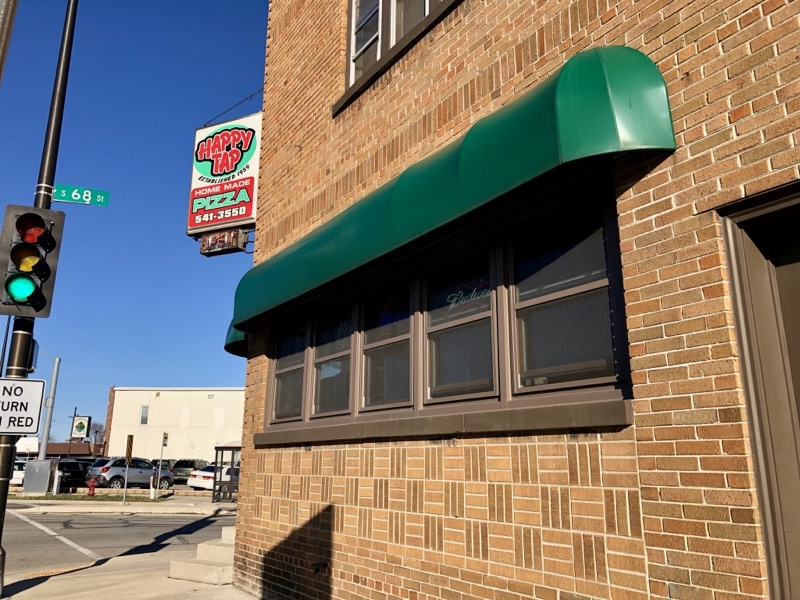 The birth of the Happy Tap

In 1959, Dan Bunzel purchased the tavern, reopening it as the Happy Tap. And the name stuck. The new venue also attracted a slew of customers thanks to the venue’s affordable offerings, which included 10-cent taps and two shots of liquor for 35 cents. By 1991, the bar’s prices had risen, but taps were sold for 50 cents and cocktails for a mere 75 cents.

It’s a tradition that’s been carried on by current owner Kim Caze, who purchased the business in 2012 from Bunzel’s son, Al.

"We say that every day is happy hour," says Caze, who sells pints of beer for as little as $2 and rail cocktails for $2, $3 or $4 (short, tall or pint). A board above the bar lists additional daily specials like $3 Bushmills shots and special pricing on bottles of beer and cider. 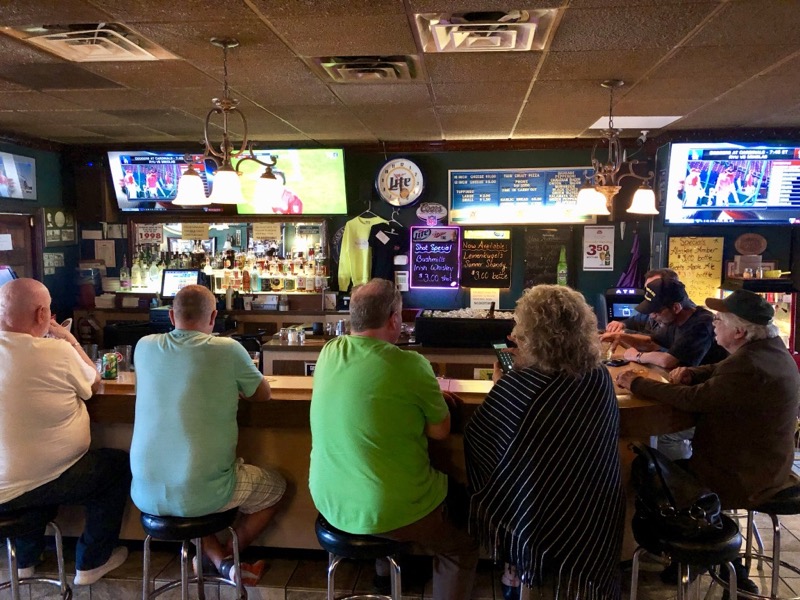 Caze, who keeps tappers stocked with selections like Spotted Cow, Riverwest Stein, Hacker-Pschorr, Blue Moon, Pabst and Miller Lite says the bar is pretty much a "beer and a shot" place, but she’s noted increased sales in drinks like brandy old fashioneds over the last year or so.

But it’s not just drinks that pull customers in. The bar is also known for its thin crust pizza, which is prepared in the bar’s tiny 6x5’ kitchen using a Blodgett stone pizza oven.

Cheese pies are available at $8 for a 12-inch or $11 for a 16-inch. Guests can also add toppings (including sausage, pepperoni, bacon, Canadian bacon, mushrooms, onions, olives, pineapple, green peppers and jalapenos) for $1.50 or $2 each, depending on the size of the pie. 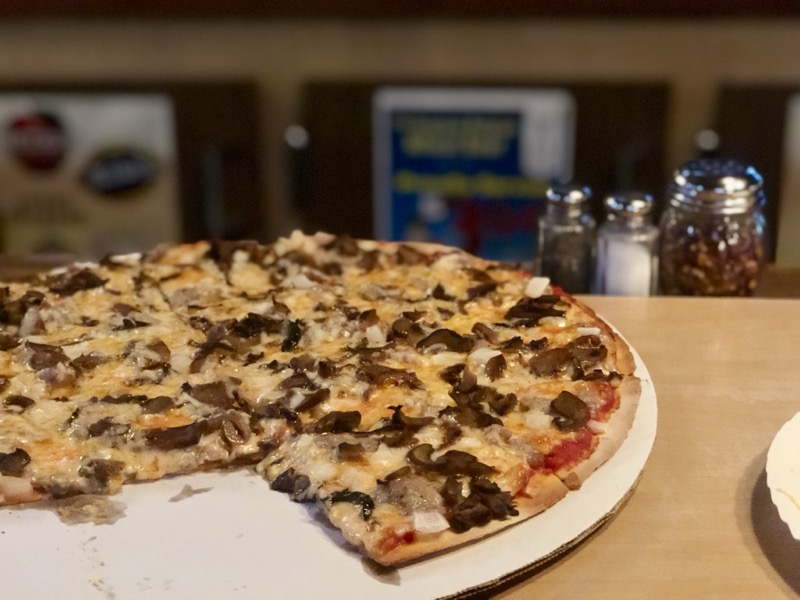 "So many people come here just for the pizza," says Caze, who notes that the bar also offers carry-out, including par-baked pizzas. "We probably sell anywhere from 20 pizzas on a slow night to over 70 on a busier evening … there are some people who say they just won’t go anywhere else."

And patrons are doggedly loyal.

"There’s one guy who comes in about once a year and gets a par-baked pizza that he drives up to his dad who lives about two hours north of here," she says.

The pizza is solid, but guests shouldn’t sleep on the cheesy garlic bread, which is made with Turano rolls which are slathered in butter and garlic and baked in the pizza oven. 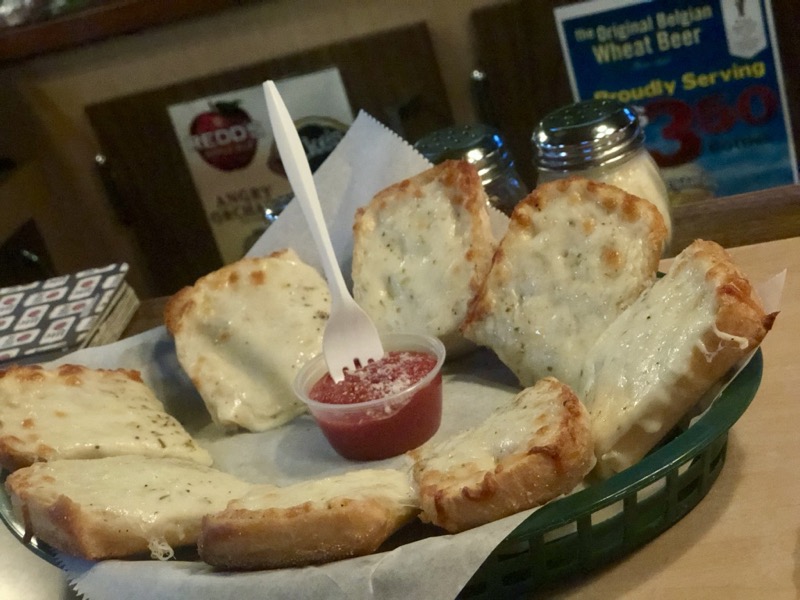 Come for the pizza, stay for the people

Caze, who still works full time at the U.S. Postal Service, says that when she bought the bar she was looking for a business that would provide additional income, and that she could pass along to her son. She’d put an offer in on another bar, when a colleague recommended she check out the Happy Tap, which was for sale in West Allis. So, she paid the bar a visit.

"Each time we came here, we had the pizza," she says. "And it was good. But it was the customers … they were unbelievably welcoming. We got such a good feeling from the place … we knew this was the bar."

Caze says the same was true of staff, including bartender Ginnie Graika who’s worked at the bar for the past 23 years. "She’s amazing, and she acts like she owns the bar, which is great," Caze says. "She takes care of everything that needs taking care of."

Bartender Stephanie Edmundson, who Caze hired nearly six years ago, says working for Caze has been a great experience. But it’s the customers that keep her going day after day.

"We have so many regulars," she says. "We know them by name and we know what they drink. It’s part of what makes working here really fun." 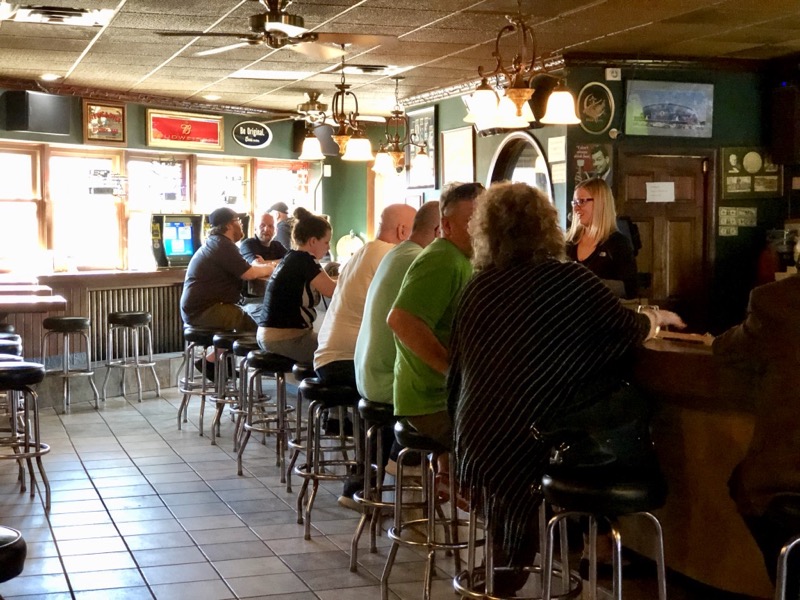 Pay a visit to Happy Tap on any given day and you’re likely to find a broad range of folks, both young and old, bellying up to the bar or gathering with their families to enjoy pizza at one of the tables. Inevitably, you’ll also find a number of regulars sitting at the bar, chatting it up with friends new and old. Among them are folks like "Boomer," a neighborhood resident who has become a fixture at the bar within the past three years.

"It’s close to home, and the people are friendly," Boomer says. "The pizza’s good. I always order cheese, sausage, mushrooms and pepperoni. I’ll stray once in a while and get jalapenos."

You might also meet Greg "Homer" Krieser. He’s come to the bar on a regular basis for the past 7 months. And, although he doesn’t drink, you will nearly always find him enjoying a can of 7-Up at the bar.

"I passed the bar on my way to and from work every day for years," Krieser notes. "The first time I came in, I was really surprised by the warm atmosphere. It’s like walking into "Cheers." Everybody is friendly, and there aren’t any hassles here. The pizzas are fantastic. I don’t eat pizza too often, but when I do, it depends on the lady I’m with and what she likes. I like the cheesy bread too. People like the garlic bread too, but I don’t eat garlic."

You’re also likely to meet resident greeter and "troublemaker" John "Sully" Sullivan, who comes into the bar at least once a week.

"I’ve been coming here since the mid-70s," Sully says. "And the bar has changed over the years, just as the city has changed. But it’s always been a safe place. People here are opinionated, and we all come from different places ... and there’s some social diversity, but people don’t fight."

Happy Tap is open seven days a week from 10 a.m. to bar time (at least midnight, notes Caze). As for that pizza. It’s available anytime from opening to close.