Landmark 1850, 5905 S. Howell Ave., was built more than 165 years ago to serve as a stage coach stop between Milwaukee and Racine.

By Molly Snyder Senior Writer Published May 11, 2022 at 8:45 AM Photography: Royal Brevvaxling

Owner Joe Halser passed away this week and in his memory OnMilwaukee is rerunning this article.

When Joe Halser, the current owner of Landmark 1850 Inn, dug a hole to put up the business' sign, he found 25 horse shoes buried in the ground. This makes sense, considering the building, originally called The New Coeln House, is Milwaukee's oldest tavern.

Landmark 1850, 5905 S. Howell Ave., was built more than 165 years ago to serve as a stage coach stop between Milwaukee and Racine. Today, it is fully renovated and right next to the airport.

Halser says when he bought the 1850-built building in 1983 it was in a state of disrepair. He gutted and completely renovated the space to reflect the era. 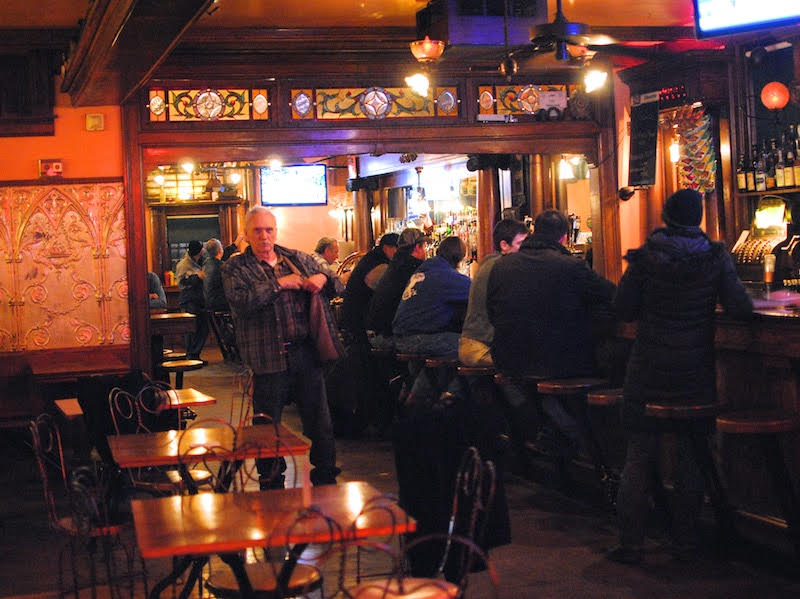 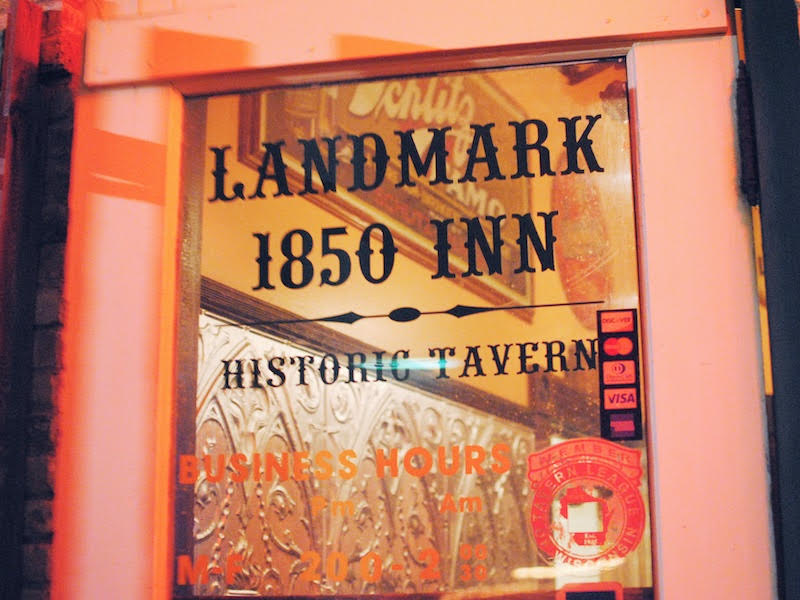 Halser says he bought the building because he was always fascinated by old structures and antiques. He started reusing materials decades before the concept caught on as a trend. Some of the woodwork in the Landmark, for example, comes from a nearby mental institution after it was torn down. 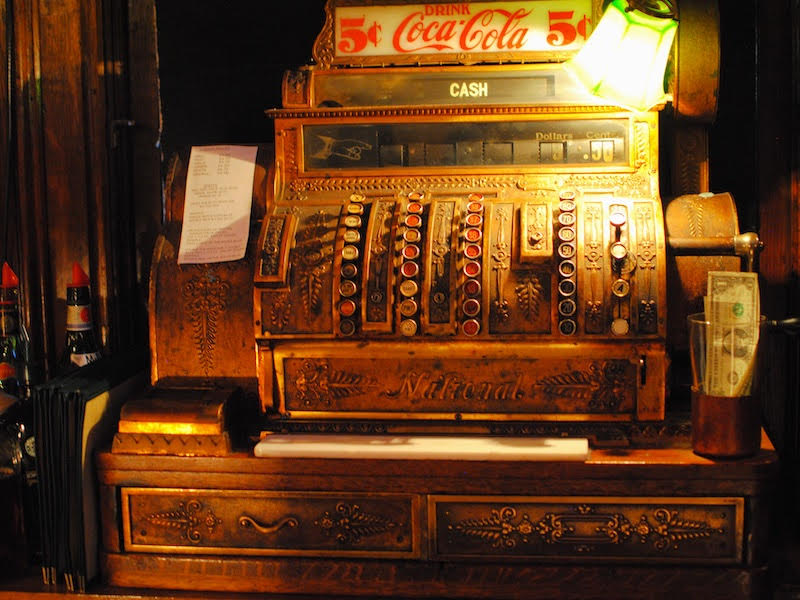 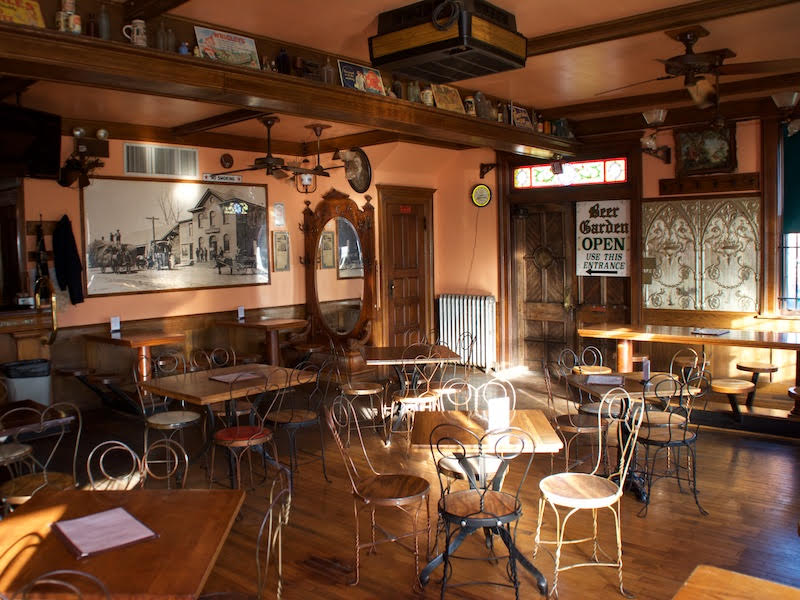 Halser also owns and operates The Terminal on the same lot as Landmark.

The Terminal is a 10,000-square foot space also renovated by Halser that was constructed in part from bricks that came from County Stadium after it was torn down. A fence from a cemetery on 13th and Howard is decoratively used inside the space.

The Terminal also houses a large original Schlitz globe and a mini replica of the four-sided Allen-Bradley clock that was once in the Rockwell Automation lobby many years ago.

Arguably, The Terminal's best feature is its massive patio that's close enough to the airport runway to see planes land and take off. 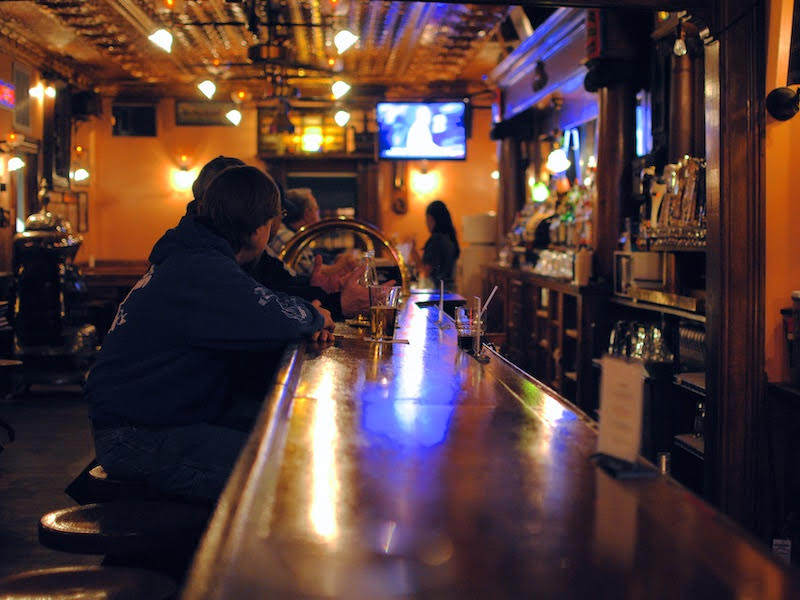 Because of the similar names, Landmark 1850 is often mistaken for East Side bar, bowling alley and video arcade complex, Landmark Lanes, 2220 N. Farwell Ave. People call Landmark 1850 and ask about bowling lane availability or walk in and look very confused.

"A lot of times they usually just stay and have a few beers anyway," says Halser.

Halser says numerous customers have suggested that, because of its age, Landmark 1850 is haunted. He admits the lights occasionally go on and off, but he attributes that to his imagination or human interaction, not spirits.

One of his 97-year-old customers told him that at one point "quack medicine" was sold and practiced from Landmark's second story. Others say the space once served as a brothel, but Halser disagrees.

"That went on over on Layton Avenue," he says. "Not here."

In the '70s, Halser taught physics, chemistry, biology and auto mechanics at Boys' Technology and Trade School (now Bradley Tech), Bay View High School and Walker Junior High School. He has three degrees: a bachelor's in education and master's in botany and zoology. 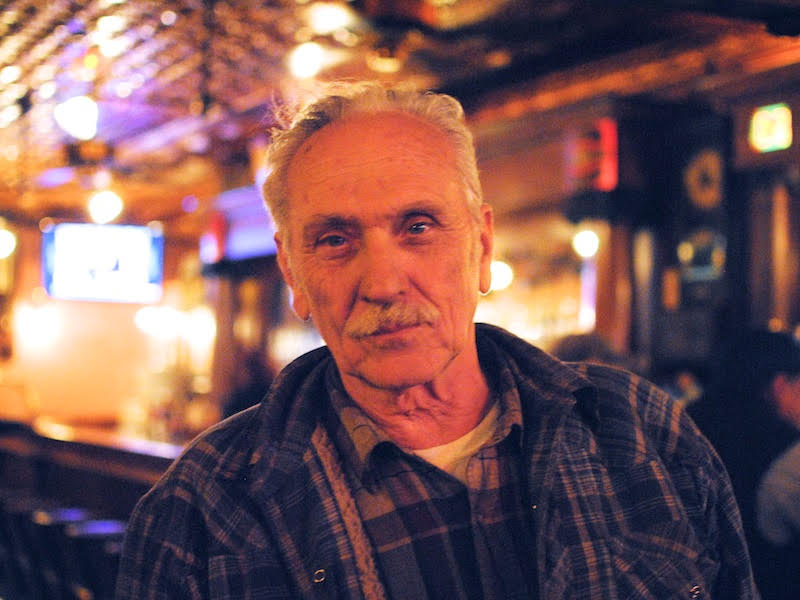 Halser taught himself carpentry and building restoration through reading and watching others. "While other boys my age were playing ball, I was watching houses being built," he says.

Carpentry and entrepreneurship started out as special interests for Halser, but eventually, he left teaching to pursue the crafts full time.

"I stopped teaching because I was always fascinated by business," Halser says. "I enjoy running a business and all that goes along with it." 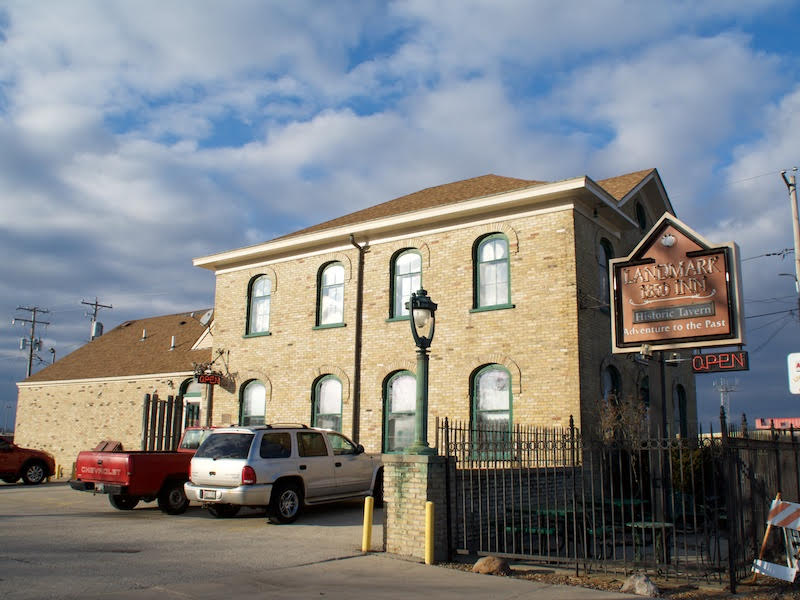