Paulie's Pub has been a West Allis destination since 2004, but for the past five years, owners Paul and Kristine Budiac have offered another experience just out the back door. In 2013, they bought a bar two doors south and opened the intimate, Wisconsin-focused Paulie's Field Trip.

Paulie’s Pub has been a West Allis destination since 2004, when Paul and Kristine Budiac opened the bar and restaurant across from State Fair Park at 8031 W. Greenfield Ave.

Thanks to great food – this fish fry and wings are especially recommended – live music and a lively, neighborhood vibe, Paulie’s is often rockin’.

For the past five years, however, the Budiacs have also offered another, completely different experience just steps out the back door.

In 2013, they bought the Lois’ Derby, two doors south at 1430 S. 81st St., and transformed it into Paulie’s Field Trip, which felt like a revelation when I first stepped inside. 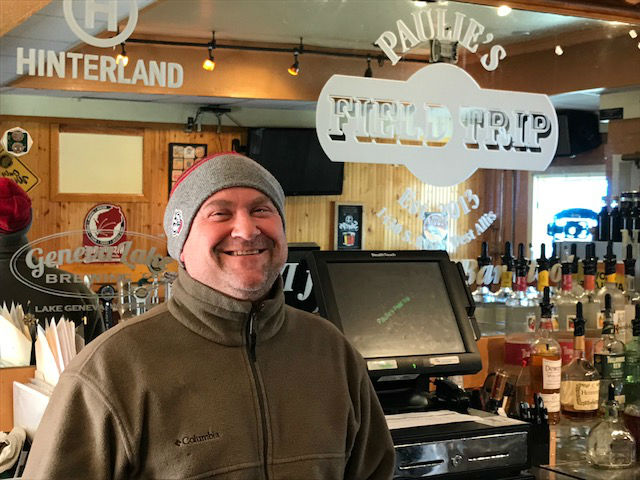 That’s because the Budiacs completely refurbished the tiny neighborhood tap, creating a little bit of Up North Wisconsin in the heart of the state’s biggest metro area.

Up a few steps from the sidewalk, you enter a different world. 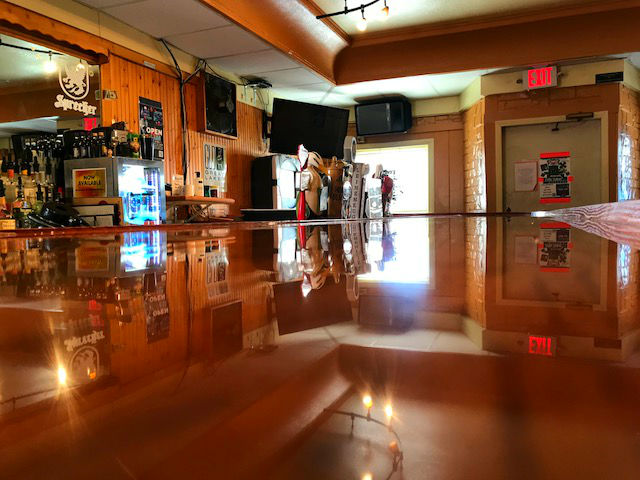 There are a couple tables on the left, with the bathrooms beyond. On the right is a gleaming bar – with tap handles revealing the intimate place’s Wisconsin focus – and above there’s a recessed ceiling (pictured below) that adds a little height to a diminutive tavern. In the back there’s a dart board and some video games.

It's wood paneled, cozy and warm. 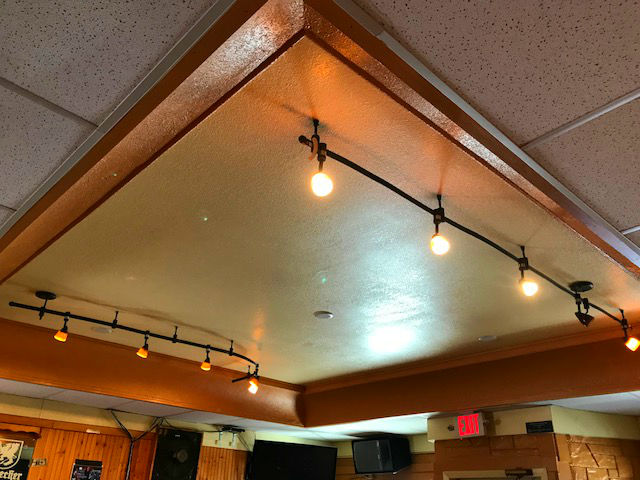 "Like three days after Prohibition, it went to a bar," says Paul, who took me to see the place on an, ahem, field trip, from Paulie's at lunchtime. When we visited it was empty because the bar opens at 5 on weekdays (11 a.m. on Saturdays and Sundays).

"Before, it was a general store. It was Lois’ Derby and before that it was Ron’s Derby. It was always called the Derby, but we wanted to change it a little bit."

The Budiacs already owned the everything on that side of the block up to the bar and figured adding the former Derby to their portfolio would be a good idea.

"In some areas, smaller bars like this can be detrimental to (businesses like) our bar, so to make sure that things were run on the up and up, and to more have an overflow ... that's why we did it." 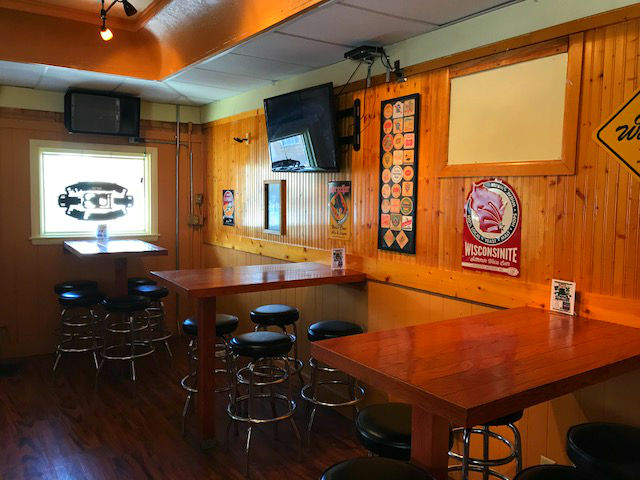 Paulie’s Field Trip really can serve as a pressure valve for Paulie’s, which on some nights can get crowded and, with live music, sometimes loud, says Budiac.

"There's a good group of regulars, probably 30 that come in two to three times a week and for sports games, different things like that," Paulie says. "There's some customers that we've had over there (at Paulie’s) for years that like this a little better, because we have bands over there so sometimes it gets too loud.

"We have a jukebox over here. We have cans over here, and we have bottles over there. Some people love cans, and the overhead over here is a little bit less than over there, so I can adjust prices accordingly." 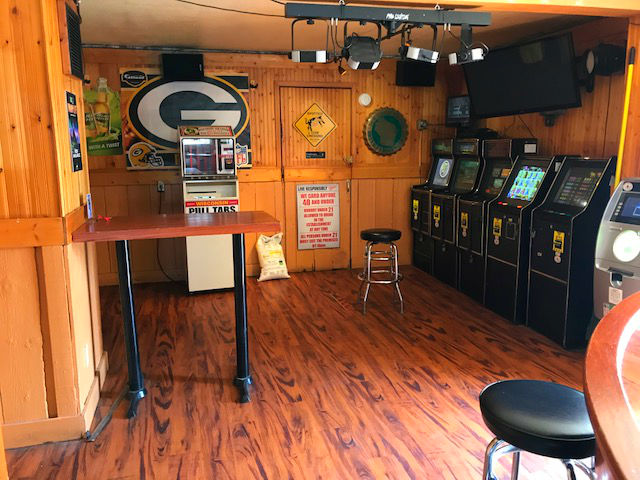 Budiac says some nights, folks move back and forth between both bars. And because there’s no kitchen in the Field Trip, patrons can order food to be brought over from Paulie’s.

And, if you’re at Paulie’s to ride the shuttle to Summerfest or a Brewers game, patrons at Paulie’s Field Trip are, of course, welcome to ride, too.

One thing both places have in common is a passion for Wisconsin, its teams and its beers. And at Paulie’s Field Trip, the Wisconsin theme is amplified, even if the music isn’t (though there are occasionally live musicians in that back area at Field Trip).

"We've got our 12 beers on tap that are all from different breweries around the state," Budiac says, "but then we take it further. We try to do their specialty beers instead of like the ones that generally ... like we put Spotted Cow back on tap but every time (New Glarus) comes out with a different one, like a seasonal, we put those on instead, so it's something that people can get in a limited quantity." 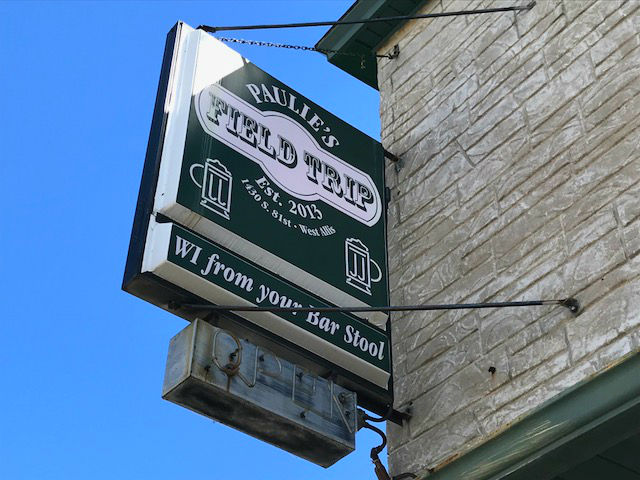 You can also get classic hand-muddled brandy old fashioneds at Paulie’s FIeld Trip and they’re just $2 all days on Saturdays and Sundays.

"It’s just a nice little spot," Budiac says – and I agree – "but the thing we are missing is food."

That could, however, change.

"We are in talks with the city to see if we can put a limited kitchen here and do maybe like small bites, and you know like three street tacos, or a sliders plate, a cheese board or something like that, maybe 20 menu items."

In the past, the Derby had a grill behind the bar. Budiac removed it during the remodeling and is pondering adding a kitchen on to the back of the building and maybe reconfiguring the stairs up to the apartment (which he rents to family) to create a pathway that would allow him to move the restrooms back there, too, clearing room for a couple more tables in the bar area.

"I’d do a small kitchen, because we wouldn't need a whole lot of stuff," he says, to create the 20 menu items, which Budiac believes would be plenty. After all, two doors down he can recommend another bar that has 76 items on offer.

And if a patron wanted that plethora of options, they could turn the tables and go on a field trip to Paulie’s.