Places like Reggie & Gerry's - and its longtime owner, Gerry Zeniecki - are a key part of the the fabric of Milwaukee, proving it's definitely not just the drinks that make a neighborhood bar special.

By Dave Mikolajek Special to OnMilwaukee.com Published May 24, 2019 at 7:30 PM Photography: Matt Mueller

Reggie and Gerry Zeniecki opened Reggie & Gerry’s, found at 4883 S. Packard Ave., in July 1972 while paying $250 per month to rent it. In 1977, they were approved for a loan to purchase the building together, but Reggie’s health took a bad turn just before signing and he passed away. However, Gerry, who still needed the tavern’s income to raise her seven children – 19, 17, 16, 14, 12, 10 and 8 at the time – was still able to get the loan by herself. To this day, she’s very thankful for the First National Bank of Cudahy for letting her do that on her own.

Today, she is 87 years young and still tends bar every Monday through Saturday from 10 a.m. until about 5 p.m. – no breaks. Sometimes she works a little bit later; on a Friday, you can catch her there closer to 6 p.m. 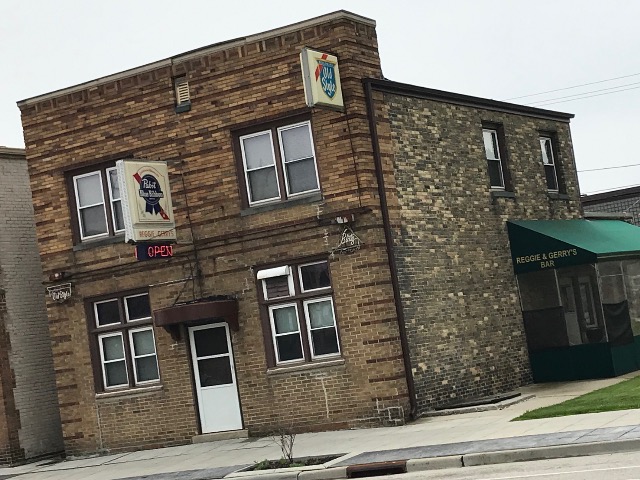 The service industry is in her blood. Her father owned Pete’s Tavern on 16th and Grant, but sadly passed away in 1941 at the age of 39. The tavern was then sold to another family member who turned it into a restaurant and renamed it The Lone Pine Inn – a neat name and a neat place too from what I’ve learned from Gerry, who waited tables there. It was also extremely successful.

"People would line up around the block to get in for the fish fry," she regaled.

She also recalled one night in particular when a man who "was drunker than a skunk" came in with his folks, who looked as though they already had a few too. The man requested Gerry to be their waitress. She told her boss, "Oh God, no," but did it anyway. The man then proceeded to ask her out later that night, but she had another date at 10 p.m. The man showed back up anyway. So, as both fellas were there, one outside and one in, she still managed to exchange numbers with the man. Even though he’d been drinking, there’s was just something about him that she really liked.

Laughing, Gerry tells me that it wasn’t until they were dating for a while that he finally told her that he had been previously married, divorced and with two children. Better late than never, right? 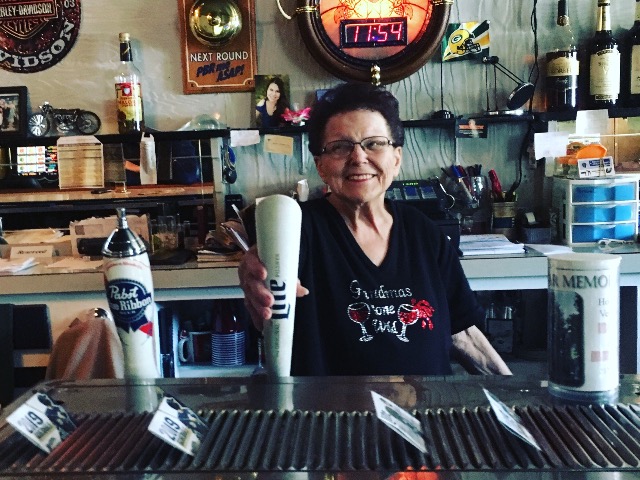 I had to ask Gerry what, after all this time in the industry, keeps her going.

"It’s the people," she said with a soft heartfelt voice. "Everyone helps me out – my kids and my customers."

While I was there, I also learned that the guy who stocks her snacks also stocks her beer out of sheer kindness. Gerry has this loving effect on you. It’s people like her that make other people better people. It’s simply all about the love. Yet it’s also sad sometimes when one of her old customer friends passes away – which is happening more now. She told me, "Sharon passed away on the 41st anniversary of Reggie’s death. She worked at Allen-Bradley for 38 years. It’s sad."

I felt bad for Gerry at that moment – but then realized how strong, yet gentle and full of life she really is. It’s amazing.

I also asked her what she likes to do during her free time. "I like to go to Potawatomi on Sundays," she said." Keno in the nonsmoking room pays out pretty good." But don’t tell anyone.

Before leaving Reggie & Gerry’s on my now first of two visits, I was outside chatting with Reggie Jr., and his mother came up to us before leaving for her hair appointment. She reached up to give Reggie a kiss on the cheek and said, "I love you."

Then, all of a sudden, she reached up to me, and did and said the same thing. I stood there frozen and speechless as I just didn’t right away see it coming. So now I’ll simply say it here: I love you too, Gerry. Thank you and see you soon. You, your tavern, your life, your family, and friends are fantastic.