Sometimes gems are truly hidden. And sometimes they're hidden in plain sight. Such is the case for Rollie's, 7751 N. Teutonia Ave., a tavern which celebrated its 45th anniversary this past year.

Sometimes gems are truly hidden. And sometimes they’re hidden in plain sight. Such is the case for Rollie’s, 7751 N. Teutonia Ave., a tavern which celebrated its 45th anniversary this past year.

It’s easy to speed right past the family-owned tavern, which is located on the busy thoroughfare adjacent to the Brown Deer Disc Golf Course and parallel to the Oak Leaf Trail. But, for those who know and love it, it’s a favorite spot to watch the football game, eat a burger or enjoy one of the best happy hours in the area.

The building itself has been a tavern for almost a century. In fact, as the story goes, when the original bar was founded, Teutonia was just a dirt road, and there was a hitching post out front. As many as 85 years ago, the bar was called Fritz’s, and it was owned by Fritz and Bertha Adams. Their son Bob Adams is still regular at Rollie’s, and if you’re lucky enough to meet him at the bar, he’s filled with stories about the history of the property over the years.

I didn’t catch Adams at the bar that day, but I did have the pleasure of meeting bar owner Rolan "Rollie" Davis, a Louisiana native who says he moved to Wisconsin in his early twenties after completing his service in the military. For over a decade, he owned and operated a service station on 45th and Bradley before purchasing the former Fritz’s tavern in 1972.

Longtime Rollie’s customers likely remember a time when Davis worked behind the bar, pouring beer and chatting with regulars who visited for a beer over their lunch hour or after work. His children, Pamela and Russell, grew up in the business. In fact, his son Russ Davis is now the the owner of Vecchio Entertainment Group, which operates numerous venues in the Milwaukee area including the Hubbard Park Beer Garden, Twisted Fisherman and Milwaukee Beer Bistro along with Riverwalk Boat Tours and Rentals.

These days, Rolan – who turned 88 earlier this month – no longer spends his time pouring beer for patrons. But he still lives above the bar, coming downstairs on occasion to grab an Almond Joy candy bar or to meet a loyal customer who drives him to Milwaukee once a week to eat at his favorite restaurant, Conejito's. 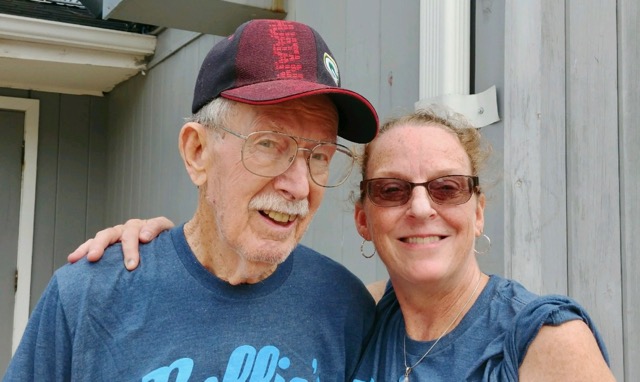 "Years ago he made friends with Jose 'Conejito' Garza," says Sharon Andryauskas, who has worked at Rollie’s for 34 years and now manages day to day operations. "And he still goes there a couple of times a week to eat his favorite dish: chopped meat tacos, ordered crispy, and a margarita."

Davis also makes an appearance at the bar’s annual party, which is held on the bar’s spacious patio, usually during the month of July. 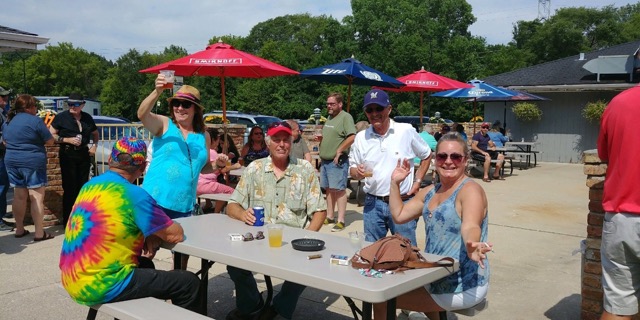 "We serve roasted corn every year," says Andryauskas. "It’s become tradition for a number of us to make a corn run in the morning. The party begins around 1 p.m. There’s corn, some other food, and we usually have a band."

Walking into Rollie’s, it would be tough to say how old the bar actually is. Like so many spots of its ilk, the walls are covered with warm wooden paneling, beer signs and the like. But, unlike many bars of its age, it’s also filled with windows, giving it a bright, friendly feel. 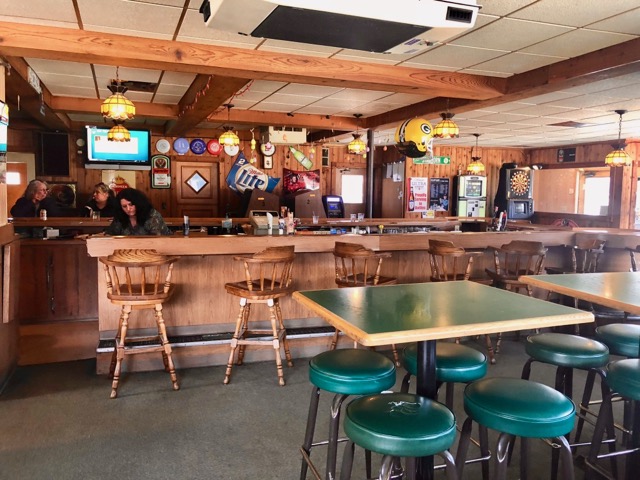 One of the first things you might notice (aside from the Packer paraphernalia) are the inordinate number of Jagermeister signs. I counted at least five before asking Andryauskas if there was any significance.

"Well," she says, pointing to a sign on the ceiling above the bar. "Our house wine is Jagermeister…" 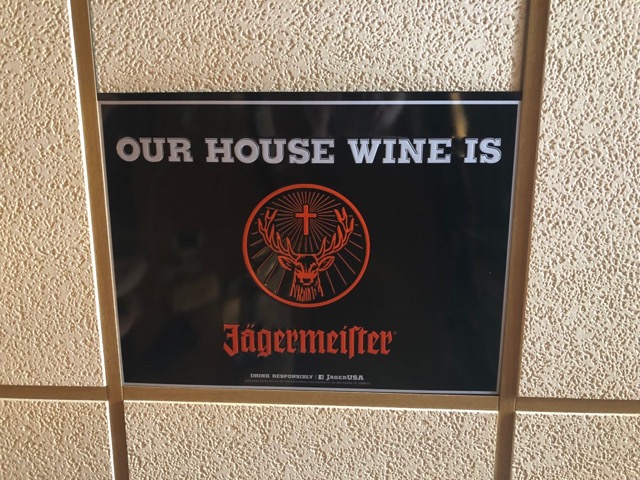 In addition to an affinity for German bitters, the bar is also filled with fun signs and personal momentos. Take for instance the Jagermeister branded mirror near the womens’ restroom on which customers will find a different quote every day.

"We usually feature a quote from someone born on the date," says Andryauskas. "All the regulars know they’re there, so usually the first thing they do when they come in is walk over and read them." 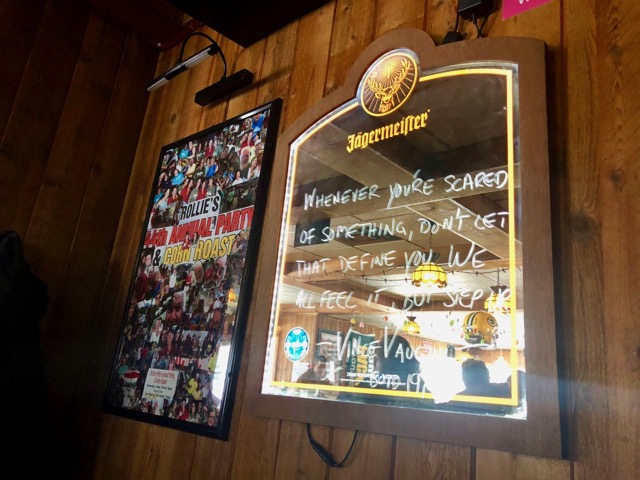 On the day I visited, there was a quote from Vince Vaughn: "Whenever you're scared of something, don't let that define you. We all feel it, but step up." 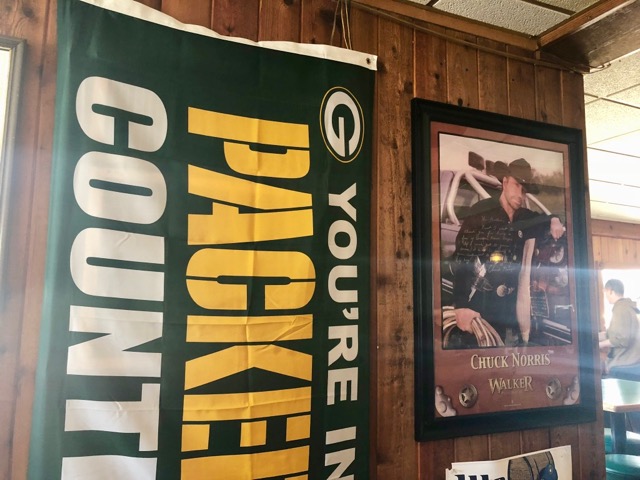 On another wall, there’s a signed poster of Chuck Norris, a Christmas gift bestowed to Rollie, a big Norris fan, by his son Russ. The personalized message says: "Hi Rollie, First I want to thank you for being a fan of Walker Texas Ranger. If I ever get to your area, I will be coming to your restaurant to give you a big hug! Always your friend, Chuck Norris"

You might also wonder what’s up with the plastic Easter eggs hanging from the ceiling. 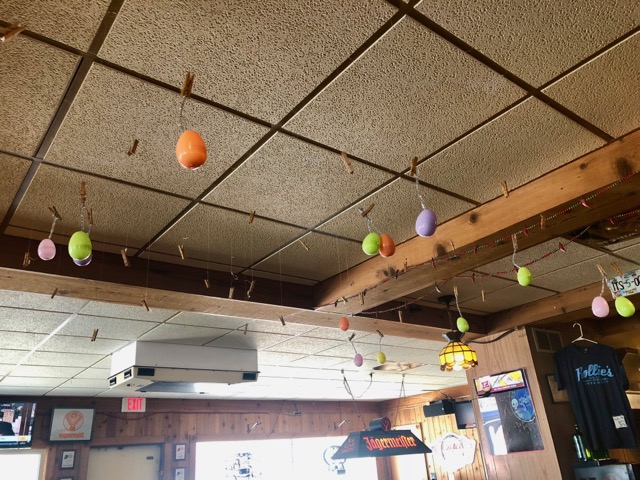 "We put up different decorations every month," notes Andryauskas. We’ve got shamrocks for St. Patrick’s ... hearts and lips for Valentine’s Day. Smiley faces for the new year. For $1, customers get to take an egg down and look inside. Each egg contains something different. They could win a large bottle, mini bottle, candy bar or T-shirt. And all the proceeds are donated to a charitable organization."

And customers can afford to donate a buck or two in exchange for prizes, especially when they’re saving a bundle during the bar’s happy hour, which takes place Monday through Thursday from 3 to 6 p.m.

During those three hours, cans of beer and rail drinks are both just $2.25. And a domestic tap – including staples like Pabst Blue Ribbon, Miller Light, Miller High Life and a small selection of other brews – are just $1.25. Currently, Rollie’s is one of the only spots in town tapping Pabst Andeker, a longtime staple at Rollie’s before the brewery moved its operations out of town.

A bar with a burger problem

Then again, if you’re at Rollie’s for happy hour, you might as well stay for a burger.

"We’re a bar with a burger problem," jokes Andryauskas when asked about the bar’s "famous" burgers. "We’re seeing more and more new people who just wander in. And lot of the time they’re coming here to check out our burgers. Nowadays people see things on social media and they get curious." 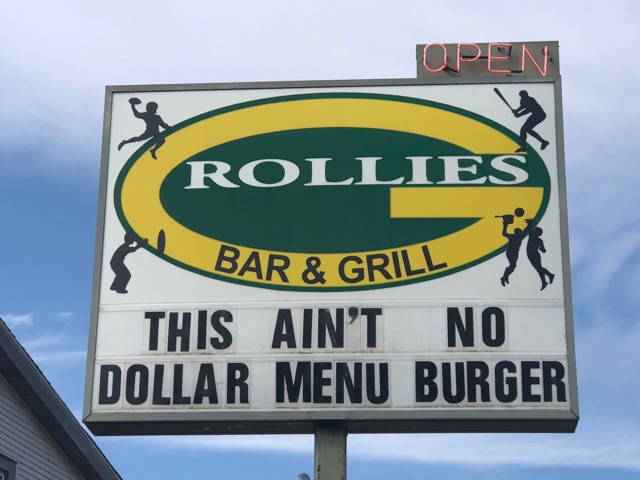 The now "social-media famous" burgers have been served there for years. And the prices haven’t changed much. It’s just $4.25 for a hamburger, $4.50 for a cheeseburger and $5.25 for a mushroom Swiss burger.

Each 6-ounce patty is made from an 80/20 blend of fresh beef, which is hand-packed and cooked on a little grill at the end of the bar. Interestingly, the grill was procured by Davis from one of the Dutchland Dairy stores when it closed in the early 1970s. 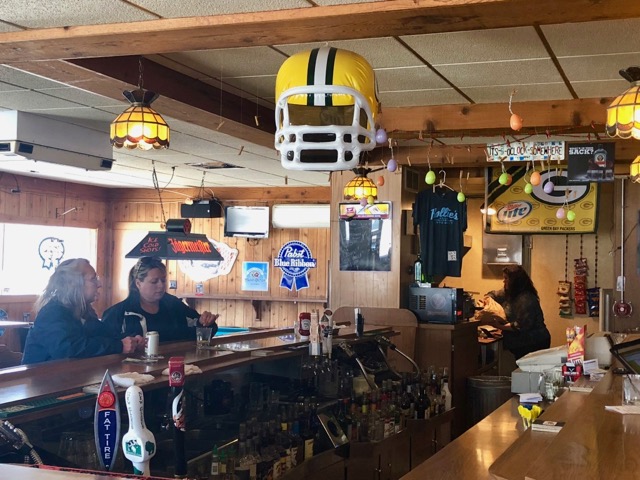 "A lot of our menu is pretty standard," says Andryauskus. "But our burgers are handmade. And so is our chili and our soup. I make the chili. My husband Jeff used to be a chef, and he makes the soup. It changes about once a week, and it’s always a recipe out of his head. People are always asking for the recipes, but he never has anything written down."

Andryauskus says the bar still does a pretty good lunch business, though she says she misses the days when more people drank during their lunch hour.

"In the '80s, we saw a lot more people coming in and grabbing a burger for lunch," she says. "They’d sit here and drink and then go back to work. These days you don’t see so much of that anymore. Now people have their burger and soda and they go." 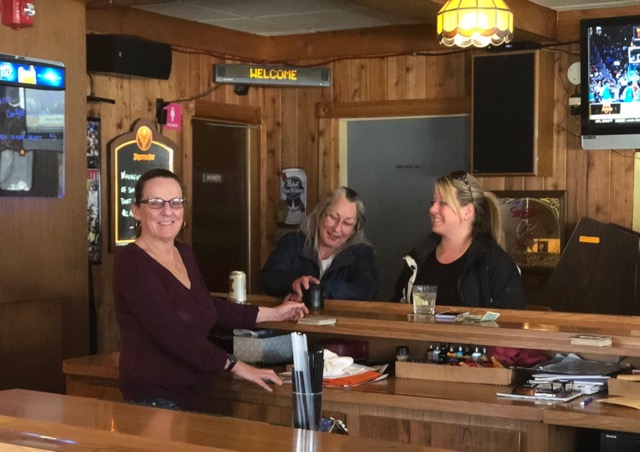 However, at Rollie’s burger cravings don’t need to be limited to the lunch hour. In fact, they can be fulfilled seven days a week between 11 a.m. and 10 p.m., during regular kitchen hours … except during Packer Games and the Super Bowl.

"I don’t want to be making French fries and miss a great play," she says. "We all love football, so we close down so that everyone can enjoy the game."

Instead, she says, they put out a spread of food, maybe sloppy joes, and people can nibble while they watch the game. Regulars will sometimes bring dishes to share. "We just have one rule," she says, "If you bring something, everybody can eat it."

And maybe it’s that sort of community spirit that makes Rollie’s what it is: a friendly little neighborhood tavern.

"That’s always what Rollie wanted it to be," she says. "And that’s what we’ve always been. It’s a friendly place. Everybody knows your name, and if you’re new, we get to know your name. Rollie prides himself in making this a place where everyone is welcome."

Rollie’s opens at 11 a.m. daily. The grill is open until 10 p.m. every day … except, of course, during Packer Games and the Super Bowl.