When it comes to many Milwaukee's bars, just the names themselves have lives and stories all of their own. Sam's Tap is not one of those bars. But when you've got a neighborhood behind it, you don't need much else behind the name.

What’s in a name?

The Lost Whale, for instance, took its moniker from an enduring April Fools story about whale sightings in Lake Michigan. WërdBar – pronounced "weird" – is not only a perfect preview for its quirky interior but it’s also the owner Drew Kent’s first name spelled backwards. The "Mo" from Mo’s Irish Pub, Mo’s – A Place for Steaks and the rest of owner Johnny Vassallo’s bar and restaurant portfolio (or port-mo-lio) is, sweetly enough, Vassallo’s mother, Maureen.

Indeed, when it comes to many Milwaukee’s bars, just the names themselves have lives and stories all of their own, amusingly hinting to the locale’s personality even before you walk through the doors and take your first drink.

Sam’s Tap is not one of those bars.

The bar owner’s name is Sam, and it’s got taps – and if you ask Sam Leaf about the name’s origins, he almost seems embarrassed about its straightforward nature and almost nonexistent backstory.

"God, it’s such a stupid story," he laughs. "I was visiting my brother in Minneapolis, and we had a bar called Pat’s Tap. It kind of rolls off the tongue, and I was like, ‘Sam’s Tap … it works?’ It’s hard naming a place, to be honest with you. Nothing really stuck, so two or three months later when I’m filing the license paperwork, I was like, ‘I guess I’m going with Sam’s Tap.’" 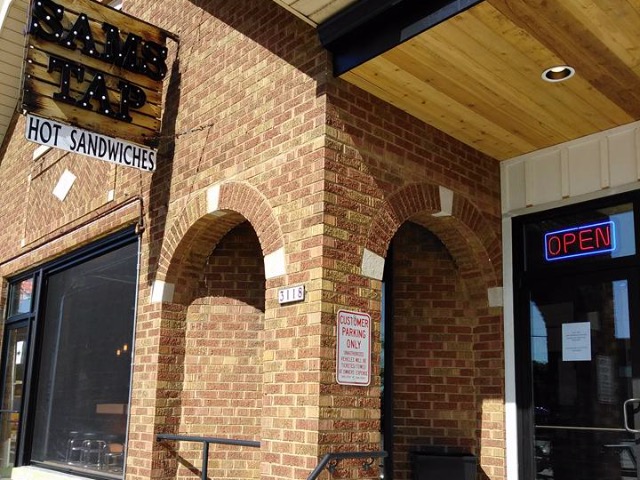 Indeed, the name is basic and simple – and absolutely perfect for the small tavern found at 3118 S. Chase Ave. on the west side of Bay View. It also perfectly matches Leaf’s unassuming, flash-free approach and philosophy to his batch of bars, which also includes The Backyard on Kinnickinnic.

Just because the theme and idea of Sam’s Tap is simple, however, doesn’t mean it didn’t take plenty of work to bring the tavern to life. According to Leaf, the tiny space, formerly occupied by The Long Trail, was originally inspired and decorated as a woodsy up north dive, featuring dark wood paneling all over the walls and ceiling, so when he took over the space in 2016, he went to work brightening and modernizing the bar.

The dark, functional but drab tiling spreading from behind the bar was replaced by unfurnished, lighter hardwood flooring, while the ceiling now features matte-esque antique tin paneling. Leaf remodeled, redesigned and expanded the bathrooms; relocated the front door and replaced it with a window to add more light; and added a new patio area and ramp for more space as well as more accessibility. Plus, he plugged in a garage door for bonus light, bonus air and, sure, a bonus splash of modern hipness. 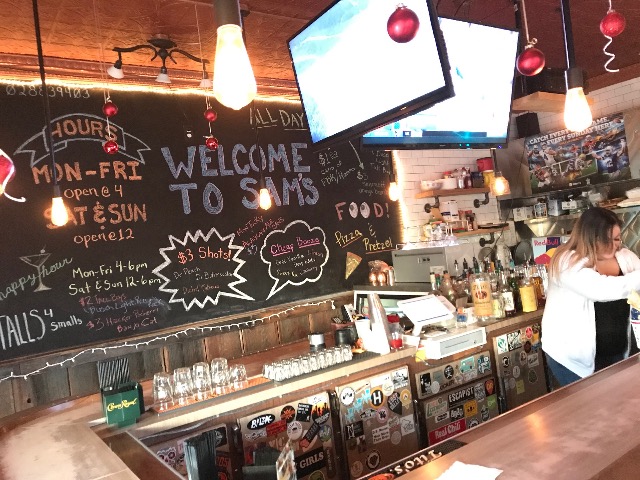 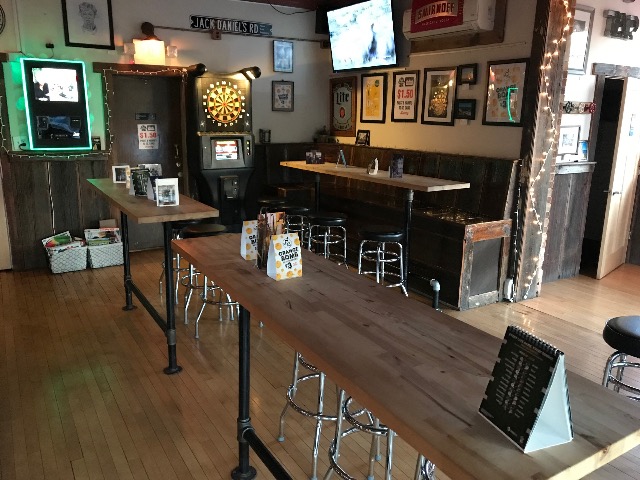 Finally, on the first of June last year, Sam’s Tap was ready to open.

While that sounds like a lot (and the work’s not done, as Leaf would love to work on better defining the patio from the parking lot) the bar itself is still very little, a cozy 20-30-seat place housing just one modest room, scrunched on the corner of Oklahoma and Chase next to a church for sale. Add in the orange construction barrels currently peppering the street right in front of the bar (Leaf’s been told the road work should be done by fall of next year), and you’d be excused for driving past Sam’s Tap without knowing – even with the sign declaring the promise of hot sandwiches inside. And frankly, Leaf says he’s totally fine with that.

"People do definitely drive here – our parking lot gets full pretty much any time we have an event – but at the same time, this is a neighborhood bar. You have to focus on the neighbors," he said. "(The Kinnickinnic) part of Bay View is such a destination; you’ll get people coming in from the suburbs driving in to eat at Odd Duck or C-Viche and then grab a cocktail next door. Here, I’ll be sitting here talking to a lady who was in here since she was five years old and now she’s 60. I think it’s cool to hear the stories and the history behind it."

"We have everybody from 21 to 70," added bartender Lestencia Vallejo, who goes by Chula behind the bar. "There's a lot of diversity – especially Friday nights. Otherwise, it's your classic average Joe neighborhood place. They're just nice people ... and it's a pretty laid-back place."

The focus on feeding the community extends to its menu – featuring bar pizzas, Milwaukee Pretzel company pretzels and other assorted small snacks – and its drinks, where Sam’s Tap serves up $1.50 12-ounce Pabst and Hamm’s cans every day so "people can come in and don’t break the bank." Of course, it also has plenty of local craft beers and macros as well as a list of house cocktails, but for Leaf, there has to be more than just a beer list on tap to be successful.

"Most bars serve the same thing, so what you can really bring to the table is how friendly of service you can have – and that’s your bartenders at the end of the day," he said. "That’s the key to a good neighborhood bar: the bartenders."

A year and a half into its existence, that formula seems to be working for Sam’s Tap, which just celebrated the holidays with a crowded party of new and old patrons this past week. Otherwise, it brings in regulars for its live music/open mic on Fridays, for trivia on Wednesdays or for simply catching up with the word on the street every other day.

"It’s where people meet," Leaf said. "You don’t see that in other cities. They don’t have that common bar where you belly up and you might have a shot with a stranger and strike up a conversation. I’m sure it happens, but here, it’s so much more of a community thing."

So while there might not be much behind the name Sam’s Tap, when you’ve got a neighborhood behind it, that’s all it really needs.