Walk into State Fair Inn and you'll be greeted by an atmosphere that's reminiscent of the past. But the look and feel belies a history that goes back even further.

Walk into State Fair Inn, 8101 W. Greenfield Ave., and you’ll be greeted by an atmosphere that’s reminiscent of the past.

On the one hand, you’ll get a whiff of the 1960s and '70s. Amid beer signs and historic photos of the State Fair, you’ll find faux brick and wooden spindle accents. 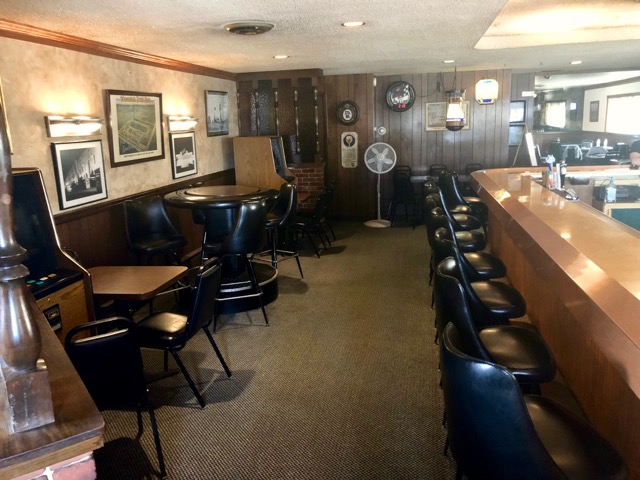 There are dark, heavy leather seats and huge vintage lamps that cast a warm yellow light onto esoteric finds like a Prussian coat of arms complete with a collection of mounted swords. 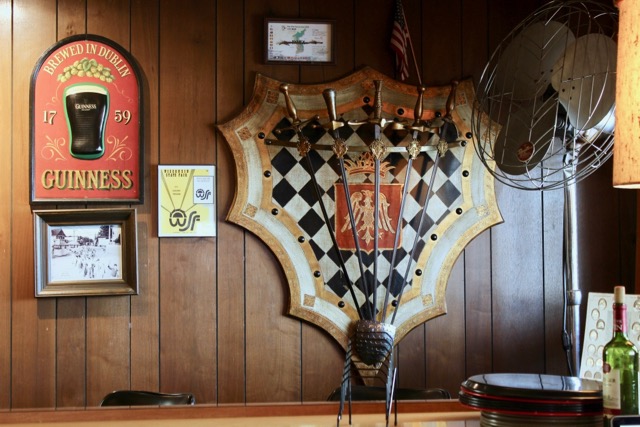 Meanwhile, the dark wooden paneling and U-shaped bar are not unlike those found at a variety of supper clubs. 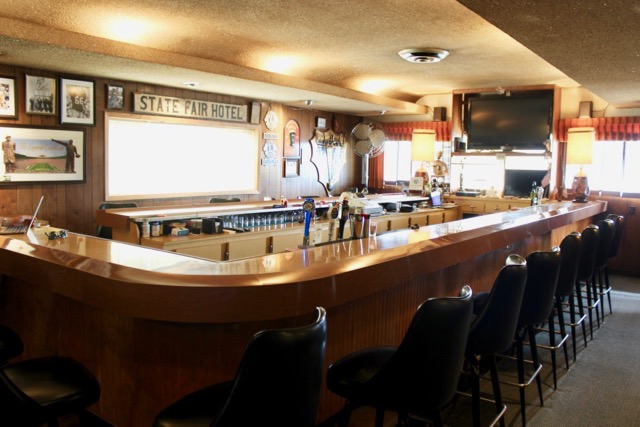 Belly up to that bar, and you can order any number of classic cocktails. But you’d be remiss if you didn’t indulge in one of the bar’s specialties: the brandy old fashioned.

"Back in day, we muddled the fruit and sugar," notes owner Bill Potocic, "and for a long time we added a small piece of cinnamon stick. These days we’ve replaced the muddling with simple syrup. But we still use our secret recipe. And they’re still some of the best around."

Not in the mood for an old fashioned? There’s always ice cold beer or any number of other classic cocktails including the royal fizz, Tom Collins, gin buck or stinger.

Add to that the music selection, which features artists like Frank Sinatra and Ella Fitzgerald, along with old school jazz standards and big band, and you definitely know you’re in a place that harbors a bit of history.

But the extent of that history goes further back than many would guess. In fact, the bar (and sometimes restaurant) is the oldest continuously operating family-run bar in West Allis, followed closely by Kegel’s Inn, which was established in 1924. 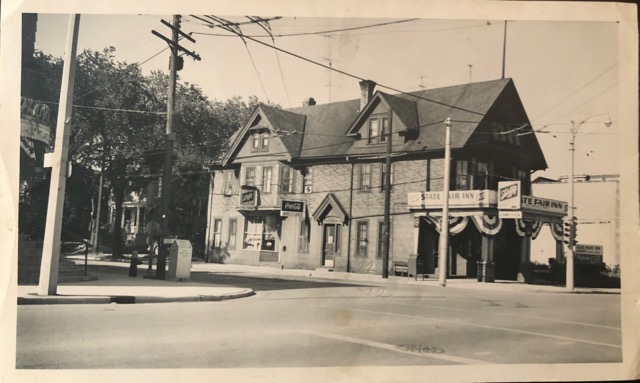 A century of memories

The building itself was erected around the turn of the century on land purchased by the Schlitz Brewing Company. It was a time when brewers were investing heavily in hotels as an effort to fend off the Anti-Saloon League and avert future prohibition.

According to West Allis Historical Society records, the tied house was originally named the Miller Hotel after Robert Miller, who originally leased the building from Schlitz. (His son, Del, would eventually become mayor of West Allis.) From there, it was leased to Matthew Potocic, a Croatian immigrant who operated the business for a number of years before purchasing the building from the Uihlein family in 1921. 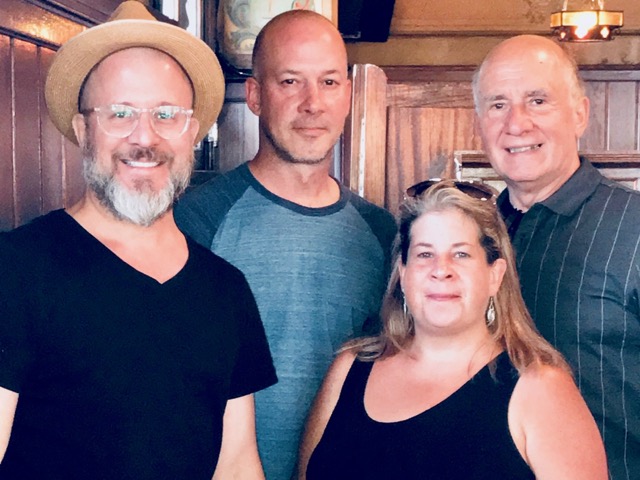 You'll find each of them contributing to the family business in their own ways. Andy and Nickolas both work day jobs (Andy locally and Nickolas in Los Angeles, California). But Andy spends Wednesday and Friday nights cooking in the kitchen, and Nickolas takes care of social media along with numerous other items during his relatively frequent trips home. Lisa and Bill can both be found working regularly at the bar.

Bill, who has been involved with the business for over 60 years, says that one of the things people love about the bar is that it really hasn’t changed much, despite the passing of time.

"We really work to maintain the authenticity of this place," he says. "There’s a familiarity to it and people really love the fact that we’ve kept things the way they like it."

Nickolas notes that, for some, the bar has a sort of trendy mystique.

"Everything repeats itself," he says. "What was cool when I was a kid in the '70s is back. Both here and in Los Angeles, even the new spots now are trying to look old. So, it’s really unique to be part of this place that really IS old."

If these walls could talk

During our visit, the family shared numerous stories they’ve gleaned about the bar, some of which are kept alive in framed articles and photographs throughout the restaurant.

Among family photos, you’ll find shots of the original building, which showcased wood construction and siding. (Years later, the building’s exterior was redone in brick.) You can also see the full-color Schlitz signs advertising its ties to the local brewery. 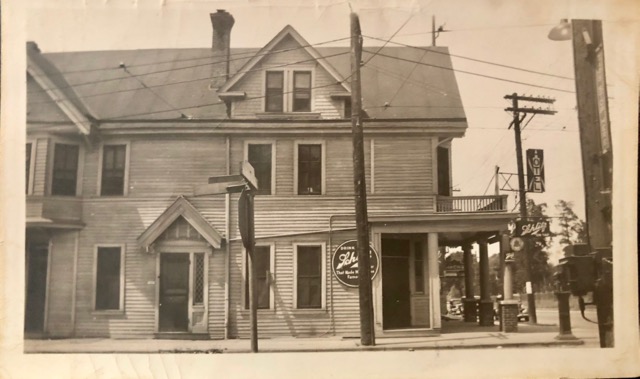 When the Potocics purchased the bar, it became the The State Fair Hotel. However, it seems the front bar was also known as the Potocic Saloon. As the story goes, during prohibition the bar operated as a "soft drink parlor." However, like so many other businesses, it wasn’t immune from the raids performed regularly by federal agents. 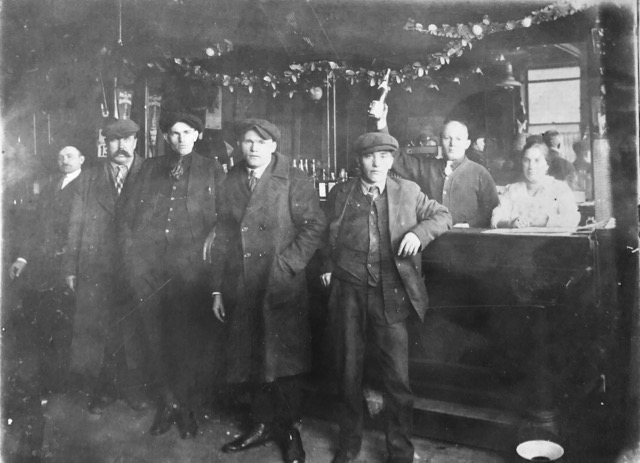 According to a Milwaukee Sentinel article from 1927, which hangs on the wall in the bar, the venue was part of "one of the most extensive raids in the history of West Allis," resulting in the confiscation of "an excellent supply of whisky, cordials and wine of prewar variety."

That amounted to two quarts of Spring Brook whiskey, three quarters of a quart of Mellwood whiskey and seven fifths of Virginia Dare wine. The article also notes that agents were shocked when "Potocic exhibited to them a permit signed by a former Wisconsin prohibition administrator, allowing him to move his stocks of liquor from his house to the saloon."

Over the years, the building served a variety of purposes. During World War II, for instance, it served as a boarding house, providing meals and shelter for POW’s who worked in a camp across the street. 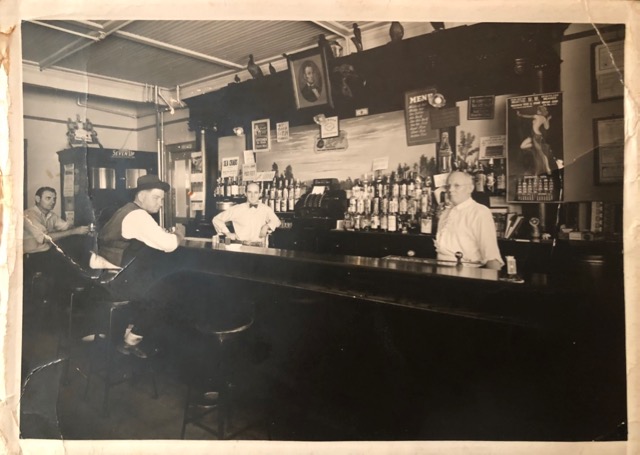 During the 1940s the family also expanded the footprint of the venue – and diversified their revenue stream – by adding a hall to the west side of the building where locals could host any number of celebrations. 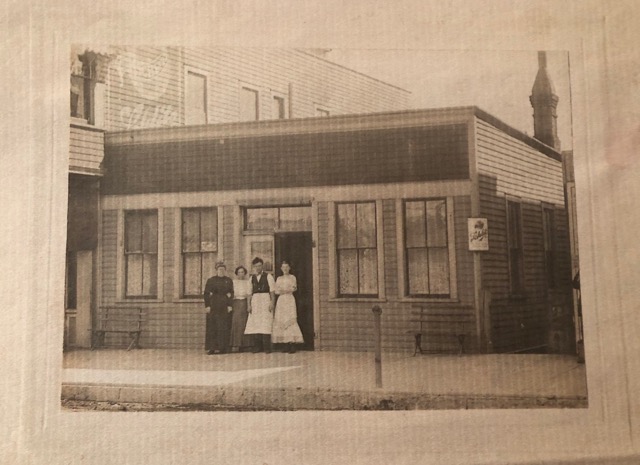 "So many regulars reminisce about this bar. Many of them recall that their grandparents came here, or their parents," says Lisa. "And we hear stories all the time about how guests’ grandparents got married here."

As time passed, the business evolved.

"When my grandparents died and my parents took over, we leased out the little dinette in the back. And we cordoned it off so that the bar and restaurant were separate. During the '50s and '60s, when they were building all the highways, the bar served as a boarding house for workers, who’d eat at the dinette and drink at the bar." 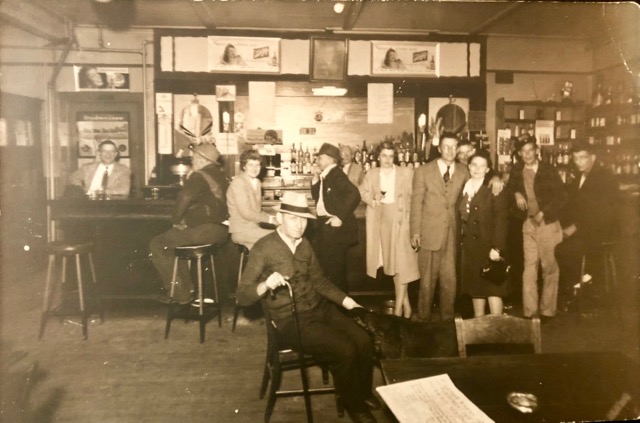 Throughout the years, it was typical for the men to run bar operations while their wives attended to other chores, including cooking, cleaning out the spitoons and maintaining overall order in the venue. Among those women was William’s wife, Anna "Ma" Potocic. 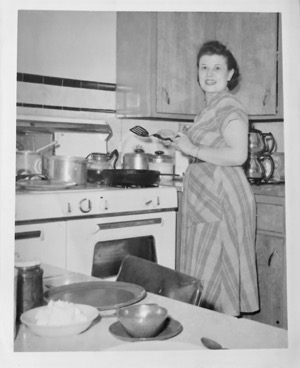 "Grandma was in charge," says Lisa. "She was the chief."

Nick nods. "She ran a tight ship. And she had a rule that the men who boarded upstairs couldn’t have any women upstairs. In fact, they say she got to a point where she knew each of the men by the sound of their footsteps. As the story goes, one night she heard someone going up the stairs, and she didn’t recognize the footsteps. So, she opened the door and looked up the stairs. It was one of the boarders – a hockey player – with a girl on his back. No one could pull anything over on Grandma."

These days, the bar serves a very loyal group of regulars, many of whom have been coming to the bar for years.

"Most of our new customers hear about us by word of mouth," Lisa says, as Bill nods in agreement.

"We have so many really nice people that come in," he says. "And they heard about us because someone told them about us, or they came here once years ago. And when they walk in, the first thing they say is ‘Oh, you still have the lamps!’"

Eating at the State Fair Inn

Guests also flock to the West Allis bar for the the Friday night fish fry, which features the guest’s choice of baked beer battered cod, deep-fried or pan-fried perch, pan-fried tilapia or walleye almondine served with soup, salad and a choice of potato (french fries, mashed potatoes or baked potato) or onion rings.

"Everything we do, the emphasis is on quality," says Bill. "We have a small kitchen and a limited menu as a result. We make everything fresh and we do it the right way. As a result, we will sometimes run out of things … it comes with the territory."

And regulars appreciate the little things, like the State Fair Inn’s signature beer batter, which is made with a recipe that’s been passed down through the generations from Bill’s grandmother.

"It wasn’t until I moved away that I realized how unique the beer battered fish is," says Nickolas. "And when I come home, I crave it."

Andy, who works the grill, also offers regular specials. Among newer offerings is a double "cowboy style" pork chop that’s seasoned and prepared on the chargrill. It’s served with soup, salad and potato.

Meanwhile, on Wednesdays the bar offers a scaled-back menu featuring soup, burgers, wraps and a triple-decker grilled cheese along with entrees like smoked Polish sausage and sauerkraut, Extra Krispy Fried Chicken or fried tilapia served with soup salad and a choice of potato.

The State Fair Inn is also a popular spot for guests to host holiday parties. And, for those that do, there are fun perks. For instance, Bill might just haul out his blender and whip up some old fashioned ice cream drinks. They no longer serve them regularly at the bar, but he says they bring them back for "special occasions."

At the end of the day, Bill admits the bar business is a fickle one. But he says it’s not something he’d trade.

"Years ago," he says, "This place was a lot busier, and we did a lot more. We had live music on weekends … We used to be open seven days a week. For a long time, we were open for lunch and folks would come in and order a big lunch and a martini. But those days are gone. It’s different now. There are more businesses in the area … And I’m 40 or 50 years older. These days you have to think about when you’re busy, when you’re making money …

"The good thing about all of that," he adds with a smile, "is that we can take some vacation now."

State Fair Inn is open Tuesday through Saturday from 5 to 10 p.m. The family will, on occasion, close the bar on a Saturday in the summer. And they close every year during the Wisconsin State Fair, though they are one of many businesses and residences that rent out their (very conveniently located) parking lot for fair-goers.