Tucked away between Upper and Lower Nemahbin Lake, just off I-94, lies Stolley's Hogg Alley. Known for its food and up-north atmosphere, Stolley's is a restaurant that is welcoming to all its guests, grizzled bikers and growing children alike.

Tucked away between Upper and Lower Nemahbin Lake, just off I-94, lies one of Oconomowoc’s more recognizable bar and grills: Stolley’s Hogg Alley. Known for its food and up-north atmosphere, Stolley’s is a restaurant that is welcoming to all its guests, grizzled bikers and growing children alike.

Officially established as Stolley’s Hogg Alley in 2006, the location had previously been known in the area as simply Hogg Alley in the 14 years prior to the name change – one that occurred when owner Jeff Stoll made the decision to buy the bar and add his person touch.

"Everybody just calls me Stolley, that’s what I have always been known as," Stoll explains.

From both the outside and inside, Stolley’s Hogg Alley has the look one would expect from a bar in rural Wisconsin. The wooden outside siding and the wooden signage in the shape of the Harley-Davidson shield, for instance, give passers by a taste for the laid-back type of atmosphere the bar has. Meanwhile, the clean, spacious and wooded inside all add to the feel of a bar that one would expect to find not too far off the shore of Upper Nemahbin Lake. 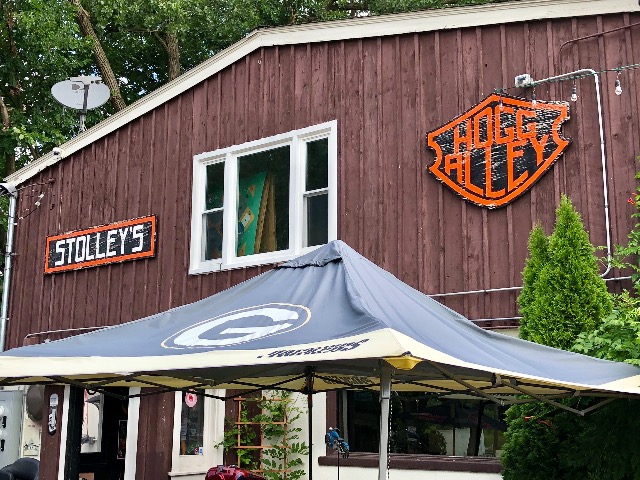 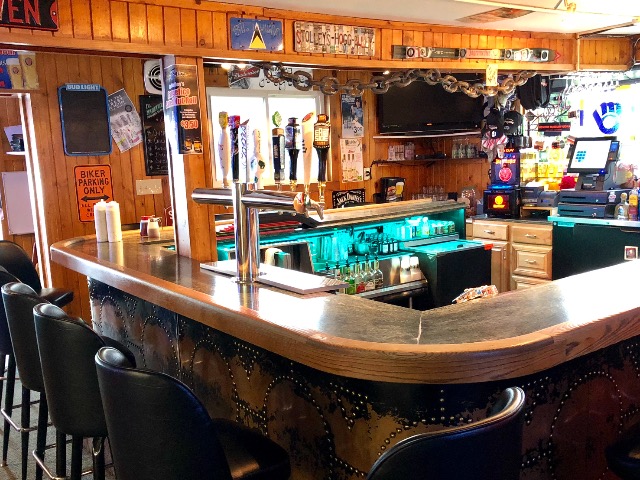 While the atmosphere is steady yet calm during the day, Stoll says it livens up at night – especially on the weekends when live bands come in to perform. And while the name suggests the bar is a "biker bar," Stoll notes the bar and grill are open to people of all ages, all the time.

"We will have families in here, kids, card players that are in their 80s and more," he says. "Years ago this was known as a rougher place, and not as clean, but the biker bar stereotype nowadays has changed."

Along with the remodeling and atmospheric change that occured over the years since 2006, Stoll says the menu is modern, featuring something for everyone. While Stolley’s Hogg Alley is known to locals for its Friday fish fry, spicy chicken sandwich, chili, pizza and more, the menu's signature dish is definitely The Hogg Burger, a beloved holdover from original bar featuring bacon, lettuce, tomato, onions, mayo, American and Swiss cheese. 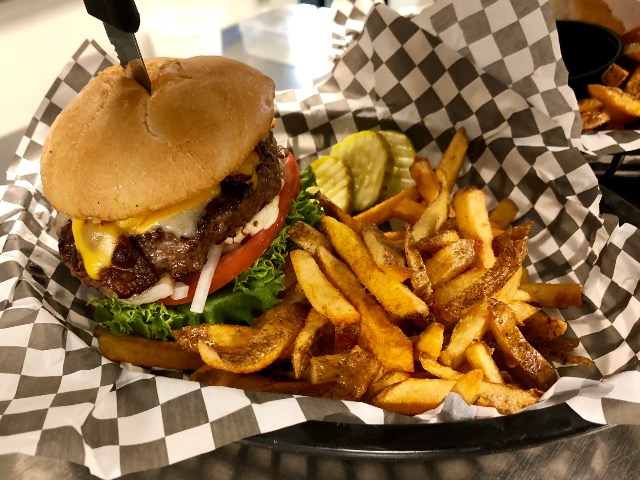 "The Hogg Burger is the same," Stoll explains. "It has been the same now for the whole time this location has been open with both the previous owner and us. Whenever anyone asks what they should get, I steer them towards that burger."

Jeff’s wife Alicia Stoll says that, while she has had many careers in her life, starting with busing tables at the age of 11, they've all revolved around providing service for others. From funeral directing, to working in a salon, to doing social media for the restaurant, Alicia says there is always the same important end goal in mind: to serve others – and for that sense of hospitality to extend to the atmosphere at Stolley's Hogg Alley.

"We have our regulars for sure, but even the people who are not regulars enjoy this place," she says. "You will see people post on Facebook that it is their first time at the restaurant, but you can just tell they enjoyed the friendly atmosphere. This place is definitely welcoming and has that ‘home’ feel to it."

Along with their weekly specials, Stolley’s Hogg Alley has a weekly happy hour that runs Monday through Thursday from 3 to 6 p.m. and Sundays 6 p.m. to midnight. During the happy hours, all drinks are $1 off and all appetizers are half price – including chicken tenders, mozzarella sticks, spicy popcorn chicken and more.

And while Jeff says he is plenty busy on a daily basis with paperwork for the bar and grill, he does often hop into the kitchen himself to cook. In fact, the soups and chili on the menu are always prepared from scratch by Jeff himself, which is something he says he takes pride in.

"I always had the feeling that I wanted to be a chef when I got out of high school," Jeff says, "but I got an apprenticeship and became a carpenter. But I must have always had that feeling and passion that I wanted to be a chef. I never thought I would own a corner bar – but it works and I am on 12 years. My plan is to go for the 20-year mark and take it from there." 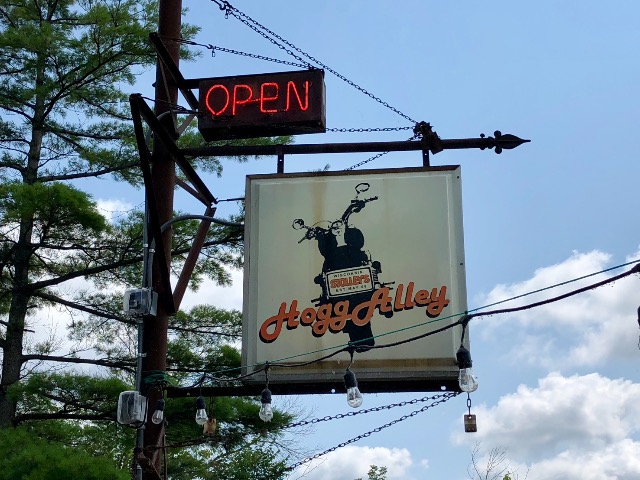 With the completely remodeled inside, and with more updates to the whole building yet to come, Stolley’s Hogg Alley is a location that all will feel welcome in and enjoy. As stated on the website: "You don’t have to be a biker to have fun here."