Several decades ago, Debbie Schaefer and her husband decided they wanted to open a bar. They even bought a sign - two signs, in fact - for their new special spot. There was just one problem: They didn't have a bar.

Several decades ago, Debbie Schaefer and her husband decided they wanted to open a bar. They even bought a sign – two signs, in fact – for their new special spot, from a sign salesman who fatefully just happened to be passing through town and grabbing a drink at a local watering hole at the same time as Schaefer’s husband.

There was just one problem: They didn’t have a bar.

"We were looking at another bar with friends of ours – they already had the bar, and we were going to partner up with them and change the name," Schaefer recalls. "The bar loan didn’t come through – we didn’t have enough capital – so the partnership never happened with this bar. So for three years, these signs were stored."

After some more time and some more saving, however, Schaefer’s bar became a reality, putting all of their money into a classic old neighborhood tavern spot at 9643 S. 76th St. in Franklin in 1999. And conveniently, the name they and their partners at the time selected for those two signs all those years ago just happened to fit their new place perfectly: The Hideaway.

"We put every penny we had into this, so there really wasn’t that much extra money for signs – and it’s, like, we have these signs from before, and it’s kind of fitting," she laughed. "And to be honest, this many years later, it still is fitting."

"Most people don’t drive past Ryan Road; they think this is all residential, so they don’t even really know that we’re here," added manager Candi Lucksted. "So when they do find us, it’s nice." 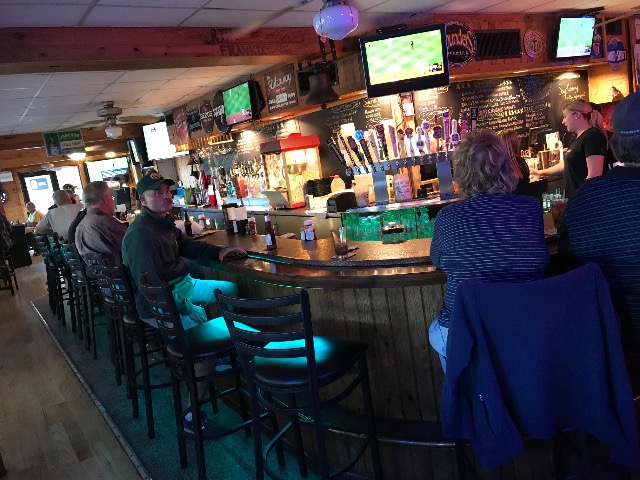 For almost two decades now, people from all over the area have certainly found The Hideaway Pub & Eatery and made it one of Franklin’s favorite worst kept secrets. Even on a lowly Wednesday night, the dinner rush packs both the bar and the banquet hall connected right next door. Yes, banquet hall; for a little neighborhood hideaway, there’s a lot of bar tucked away in plain sight – from the main horseshoe-shaped bar area, featuring sports on several TVs scattered across the warm wood-paneled space, to the spacious dining hall and a back patio area for weddings, events or just a place to lounge with a drink, a few neighbors and some lovely Wisconsin weather.

"When I was first looking to buy this, I brought my brother out here to check it out. I brought him out at 7 p.m. on a Tuesday; me and him were sitting at one table, the bartender was behind the bar, the waitress was sitting down and the cook was at the bar because there was just one other person in the place," Schaefer recalled from one of her first visits. "My brother just looked at me and said, ‘Debbie, what are you thinking?’ Because we could’ve lost it all.

"I just had a good feeling about this place." 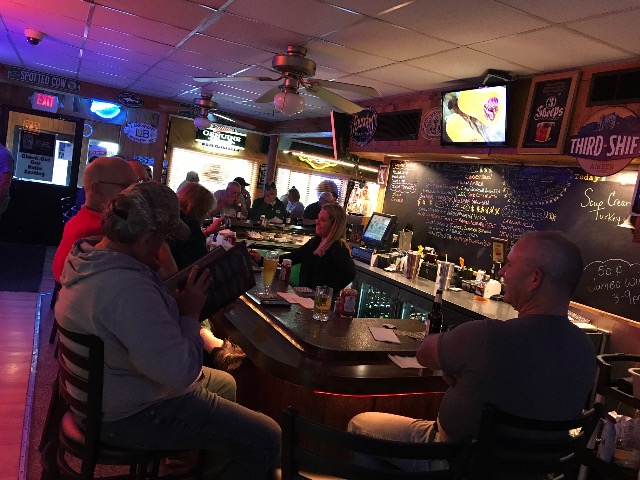 Her good feeling has so far translated into a good business for The Hideaway, thanks in part to the work Schaefer’s done to refresh the century-old building over the years. The banquet hall was added during the ’70s, well before The Hideaway, but Schaefer’s remodeled the space four times since they opened and typically refreshes the spot every three years.

"I think one thing the customers have appreciated, that the money doesn’t go into my pocket but constantly goes back into the business," she explained. "When I first bought it, I never thought it looked bad, but then after a while, you’re like, ‘Oh yeah, that’s outdated.’ We had carpeting at the front bar. We’ve changed it so many times, and we’re constantly doing updates."

"Everybody that has owned it has been wonderful, don’t get me wrong, but Debbie has brought a whole new light to the place," said Sandy Albert, who worked at the location across four different owners before Schaefer and The Hideaway. "A lot of changes, a lot of updating – she’s done remarkable here."

And the changes are far from over. Schaefer is planning yet another renovation for the banquet hall space, as well as putting in addition in the backyard space – like a barn or a covered pavilion area – to protect the outdoor weddings and other events The Hideaway hosts from the unpredictable Midwestern weather.

But one thing hasn’t changed over its almost 19 years of service: the comfortable, community vibe of neighbors from down the street and around the county coming together in a cozy, classic Wisconsin bar – complete with tasty bar food and, of course, the ultimate community builder, a Friday fish fry (serving up perch, walleye, bluegills and cod).

"It’s kind of like when you go up north, on a family trip or vacation and you find a pub, eatery kind of place," Lucksted said. "When you come here, this is what it reminds me of. Even though you’re very close to the city, it makes you feel farther away."

"It’s a sense of camaraderie," Schaefer added. "Through the years, the customers end up becoming your family. And so many of the customers are friends with other customers. It’s nice; it’s like another church." 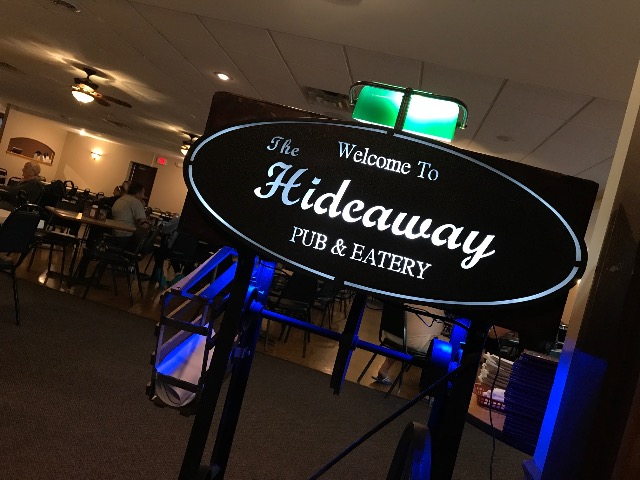