Craving a housemade sausage? Or maybe a wood-fired pizza? How about an old fashioned or a cool refreshing Spotted Cow or Miller Lite? You can get all three at the Wurst Bar.

Craving a housemade sausage? Or maybe a wood-fired pizza? How about an old fashioned or a cool refreshing Spotted Cow or Miller Lite?

You can get all three at the Wurst Bar, a quaint spot tucked away among the many gems at the Milwaukee Public Market.

The Wurst Bar – a tiny little hideaway with the aesthetic of a nicer corner tap – is located adjacent to the Foltz Family Market, a fresh meat and prepared foods counter run by brothers Ryan and Casey Foltz. And it aspires to be the best – and wurst – of Milwaukee, all rolled into one.

Ryan is an experienced butcher who spent a good portion of the last two decades working for the Nehring family, most recently as manager of their Nehring’s Family Market stall in the Public Market. When the Nehring’s decided to give up their lease on the space, Ryan and Casey made the decision to bring one of their own dreams to fruition.

"Casey and I had talked for years about making our own sausage, and opening a space like this," he says. "So when the opportunity arose, we knew it was the right time. It’s a lot of work, a lot of moving parts, but we really appreciate the opportunity to be here. And we’ve really made it our job to showcase the best of Milwaukee." 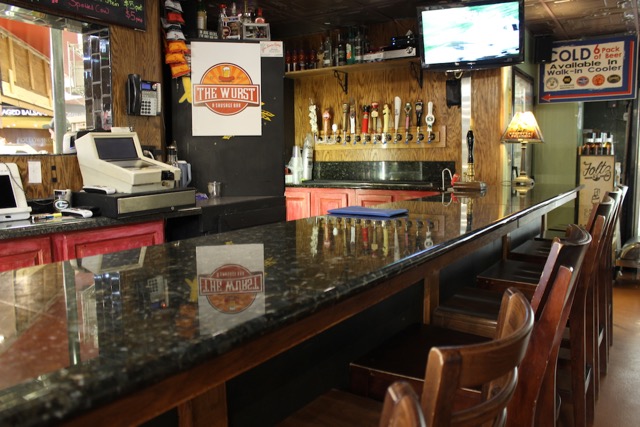 The best of Milwaukee

Stop in at the Wurst Bar and you’ll find plenty to love. That includes 12 taps featuring mostly rotating local brews, including favorites like Spotted Cow and Riverwest Stein. There’s also a firkin, which currently is pouring Lakefront Brewery’s Belgian with lemon peel. 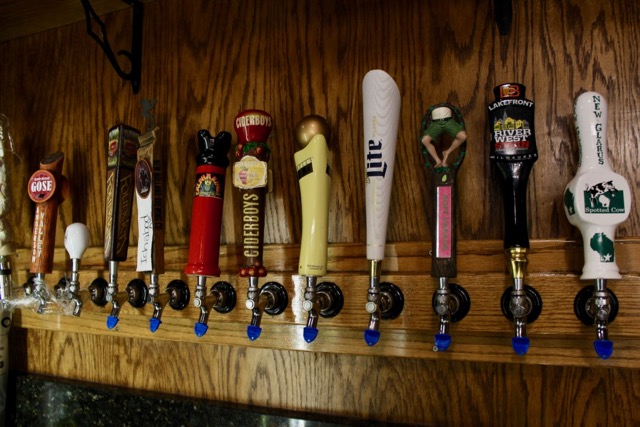 Folks interested in a Milwaukee classic can also belly up to the bar for a Wisconsin-style brandy old fashioned or the Wurst Bar’s signature old fashioned, made with Great Lakes Distillery’s KK Whiskey. There are also $8 bloody marys served with a local beer chaser (of course) and a skewer filled with Foltz family sausage.

Speaking of those sausages, Ryan typically stocks a rotating selection of housemade sausages, each made with his own unique spice blends. Among them are ten types of bratwurst in flavors like bacon beer cheddar and Casey’s favorite, jalapeno pepper jack. There’s also a fantastic lamb curry sausage (pictured) and Ryan’s personal favorite, the peach habanero sausage.

You can get any one of those sausages nestled in a pretzel bun with your choice of toppings (sauteed peppers and onions or sauerkraut) on its own or with a side of lard-fried frites. 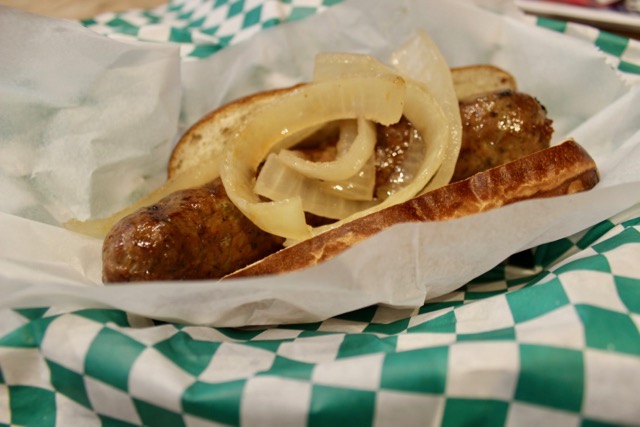 You can also choose from a selection of half-pound pub style burgers which are ground fresh daily from a blend of 85% lean meat gleaned from trimmings of steaks and prime chuck roasts sold in the shop. That includes the bar’s best selling BBQ burger featuring a grilled patty topped with lettuce, tomato, pickled red onions, sweet and tangy barbeque sauce and buttermilk haystack onions and a side of fries.

Thanks to a wood-fired oven, tucked back into the corner of the market, folks can also enjoy items like wood-fired pizzas, calzones and even wood-fired Amish chicken. 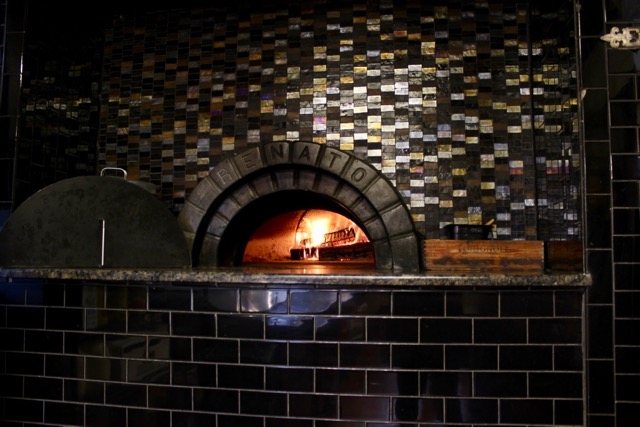 There are also shareable charcuterie and cheese boards, including the Wurst Platter featuring three housemade sausages, grilled, sliced and served with a selection of cheeses, bread and pickles. Of course, anything in the prepared food cases is also fair game. Just pick out what you like and it will be heated and served to you right at the bar. 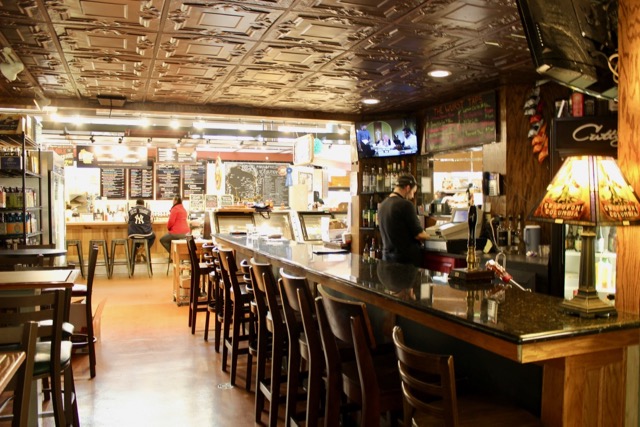 Best of the Wurst

Casey, who also owns Puddler’s Hall in Bay View, says the bar is truly a place that people miss, even if they’ve been to the market on multiple occasions.

"I’ve heard people time and time again as they’re walking through the market say things like: ‘Oh, I’ve never even noticed that …’," he says. "I think a lot of people who live around here really just look past us. They definitely don’t think of the bar as a place to come after work."

And that’s a shame. After all, The Wurst Bar hosts happy hour Monday through Friday from 2:30 to 5:30 p.m. during which guests get $1 off all beer taps and half-price cans or bottles.

Fortunately, the Wurst Bar isn’t entirely undiscovered. The bar does a hoppin’ lunch business every day of the week. And it’s a new favorite spot for travelers looking for a place to experience (and even bring home) a piece of Milwaukee.

"During the summer, it’s crazy how many people come through here who are travelers," notes Casey. "And they're all looking for local items, including Spotted Cow. We’ve had people visit from all over … New Zealand, Australia, England. During the Harley Davidson anniversary, we had a couple of people here from Brazil. Both of them had the last name Foltz, so they were really surprised to see our market with the same name. They were telling us how there was an exodus of people from Germany after World War II and so many Germans moved to Brazil." 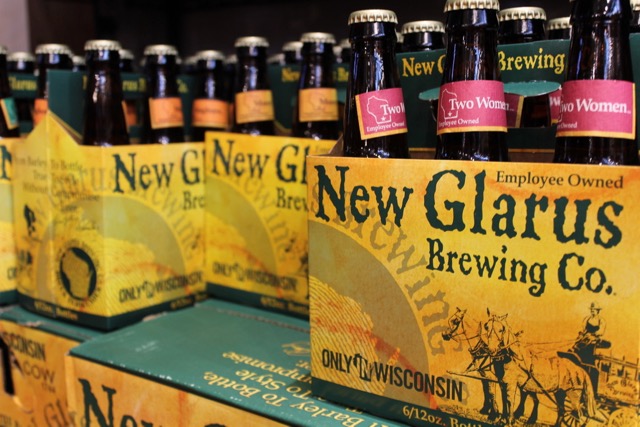 Last winter, during the Olympics, Ryan says they hosted a huge group of people who came to watch the U.S. Hockey team play an early morning game. "We had 30 people in here at 6 a.m. and we cooked them all breakfast," he says.

If you’re a sports fan, the Wurst Bar might also be a good spot to hang. After all, Ryan says the bar is also a regular spot for both Bucks and Brewers players, as well as their families.

"Yelich actually came in and got a calzone right before he hit the cycle twice," he says. "So we say he’s our Wurst Bar MVP."

The Wurst Bar (and Foltz Family Market) is officially open Monday through Friday from 10 a.m. to 8 p.m., Saturday from 8 a.m. to 7 p.m. and Sundays from 10 a.m. to 6 p.m. But, if you’re craving an early morning bloody mary or sausage, Ryan says you can pretty much count on someone being around beginning at 7 a.m. daily.