Can a bar truly qualify as a hidden gem when it sits right in the middle of the bustling Third Ward neighborhood, as part of one of the city's most popular restaurant groups? It can when it's quite literally hidden away down a Third Ward back alley.

Can a bar truly qualify as one of Milwaukee’s hidden gems when it sits right in the middle of the bustling Third Ward neighborhood, inside the portfolio of one of the city’s most popular and noteworthy restaurant groups – SURG – with all of the corporate support and media spotlight that implies?

It can when it’s Bugsy’s Back Alley Speakeasy – quite literally hidden away down a Third Ward back alley, with no visible signage until you’ve stumbled upon the entrance, tucked away between cleverly designed and trickily arranged shipping crates in the throughway’s "loading dock." 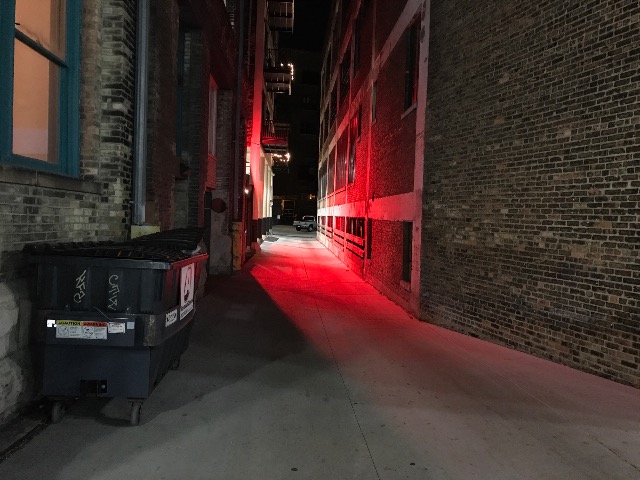 Trust me: There’s a bar down there – and that’s the front door. The back door is actually located inside Bugsy’s conjoined SURG sibling: Gouda’s Italian Deli, located at 218 N. Water St. The building served as the home of Nuovo Centanni, the former Third Ward piano bar, until the SURG Restaurant Group brought the space, split it in half and opened Bugsy’s in the back with the new deli as its "front" in 2013.

There, when you’re done drooling over the deli’s house-made meats, authentic cheeses and scrumptious sandwiches, you might notice a door with Bugsy’s name and logo on it – leading down a dimly lit hallway of doors. Trust me … again: There’s a bar down there. 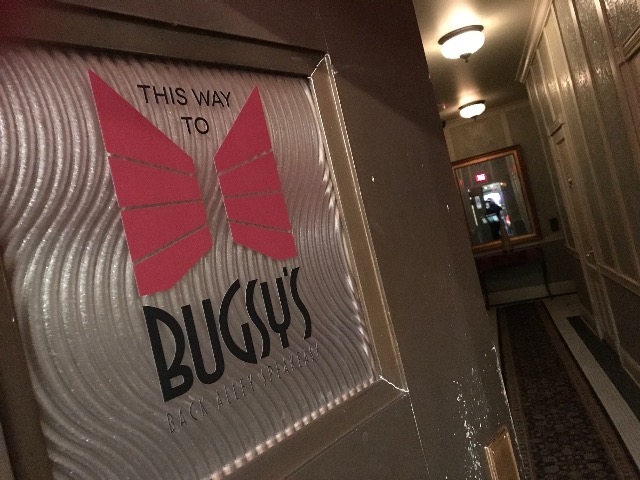 "I don’t think most people have been here before," laughed Patrick Todd, director of operations, bar division, for SURG Restaurant Group. "By design, we might have built it a little too slick, where sometimes people, when people get in, they’re like, ‘Oh my god, we walked up and down the street two or three times and walked right by it; we didn’t even know!’"

"It’s a shock factor, one hundred percent," added general manager Travis McCall. "In the beginning, we didn’t even have signage up front, but we had to do that because literally people were calling, saying, ‘Hey, we’re at the address, but we don’t see it.’"

Amusingly, the phone number on Bugsy’s website is actually the number for Gouda’s. So when it comes to its goal of replicating the experience of hunting down a hidden speakeasy during the booze-banned days of Prohibition, Bugsy’s clearly didn’t take its inspiration lightly.

The theme doesn’t stop once you make your way either down the front hallway or through the wooden produce boxes in back and through the door. Your impression of Owen Wilson in "Midnight in Paris," traveling back in time to the 1920s, continues inside, where you’ll discover a retro-designed, dark but warmly lit intimate space complete with legitimate, trained flapper dancers Charleston-ing and freestyling in the corner, and a menu of craft cocktails and drinks pulled from the era and given a touch of a modern twist. 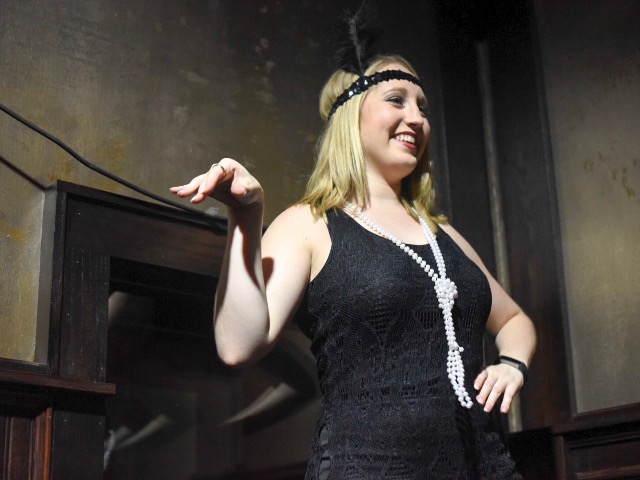 "We try to keep a lot of the drinks, what they were drinking back then, just updated with the current liquors we carry: the Bellinis and the French 75s and the Sazeracs and all that type of stuff," McCall explained. "We kind of created our own cocktails with that, but kept their name and kept the era current."

Over its almost four years of time, Bugsy’s has still seen changes even with its throwback theme cemented in place. The flapper dancers used to be much more choreographed, according to McCall, but are now much more free to work within the era’s dance styles, and there was a transition time for the bartenders to find the right tone to the service, staying retro without becoming ridiculous or overdone.

The bar – open Thursdays through Saturdays – also went through a variety of attempts with music before settling on exclusively live music entertaining its intimate audiences each night. There is also a pair of TVs located behind the bar, but they’re turned off when the musicians begin every evening, playing a variety of genres though always finding a way to hearken back to the classics.

All those small tinkerings and large commitments to the theme, however, have created a bar that feels like a time portal to a different time – and even a different place. For a moment, knocking back a retro-styled drink in a bar you feel like you’ve personally discovered, it no longer feels like 2017 – an escape much needed after a quick perusal through Twitter and the daily headlines.

"It’s something drastically different," McCall said. "There’s nothing like us, as far as the atmosphere, the location, the vibe, the cocktails, the live music, the flapper dancers – all of that." 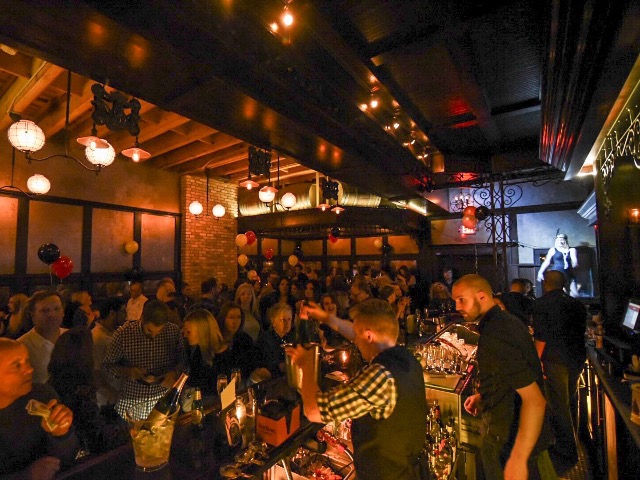 USA Today would agree, highlighting Bugsy’s and its unique trappings on a recent list of hidden bars and restaurants for each state published earlier this year.

"It adds an experience," Todd added. "It’s something to talk about. Coming off of Water Street, you’re walking by a deli – maybe you’ve eaten there, maybe you haven’t; you’re not sure what’s happening – you’re going down this hallway and taking an elevator upstairs. But then the door opens, and you’ve got the shakers going and the musicians playing and the flapper dancers. It’s just a party. You come here, and it’s something you don’t get everywhere; it’s something you haven’t seen."

So to answer my original question, the sneaky and secretive location certainly qualifies Bugsy’s for hidden, but it’s the experience inside, the unique trip back in time even after you’ve arrived at your destination, that makes it a gem.