If you're looking for the secret to keeping a bar running for 80 years, just walk into Club Tap in Wauwatosa, which opened in 1939.

"It's good for both (businesses)," says Lalli, as we sit at the bar at Club Tap, the oldest tavern in Tosa.

"It's good for the bar because they're able to have something to eat, and it's good for (the pizzeria) because they can sit down and have a beer and so forth at the bar (while they wait), so it works on both ends."

The two businesses have long had a connection, albeit a more casual one. Behind the bar is a wooden door – now hiding behind a rack of potato chips – that used to open to allow pizzas to be delivered through the wall from the pizzeria, though that’s been closed up now for a while. 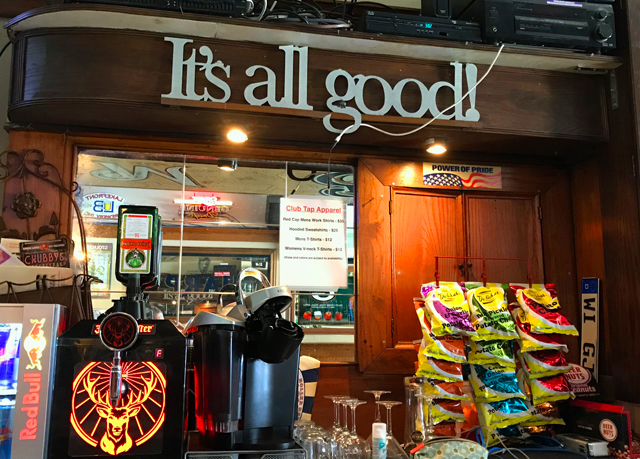 "We don't use it anymore because they get so busy over here at the bar that they can't handle it over there, so people go right through and order or they can go next door ahead of time and order, come over here, and we'll deliver it for them."

Club Tap has been open in this space since the building was put up.

On Sept. 6, 1938, Tosa resident Oscar Woehlke, who worked by day as a manager at Liberty (later Grede) Foundry on 64th and State Streets, got the last liquor license available in the city. When the Wauwatosa Common Council granted the license, reported one newspaper, it brought "the number of taverns in the suburb up to the quota of 12 fixed by ordinance."

Early on, Woehlke appears to have had his son Leland run the place. In fact, in its earliest iterations, it appears to have been called Lee’s Taproom, capitalizing on the younger Woehlke’s well-known success as an athlete at Wauwatosa East High School.

Upon graduation, when Lee left to join the Navy in 1933, the Journal wrote that "the Navy’s gain is Wauwatosa’s loss."

But, back in town by the end of the decade, Lee ran the bar with his wife Virginia, if only briefly. By ‘41, a Fred Gehring was running the place for the elder Woehlke, who appears to have sold it to Gehring by 1946. 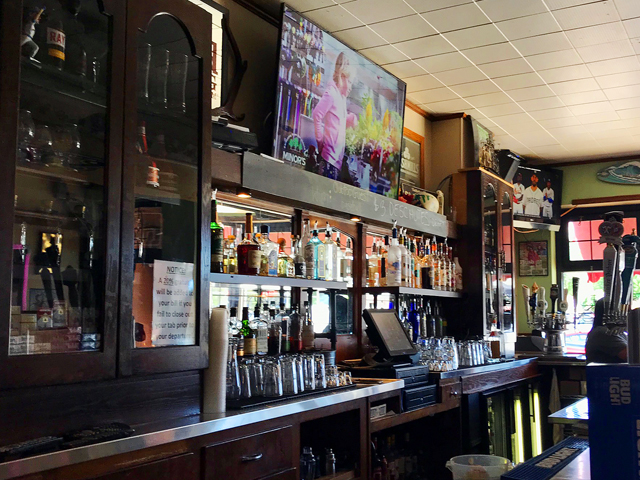 In 1947, the bar was listed for sale in classified ads – "bar and back bar, blond, work boards and novelty box, 6 tables and chairs and 12 bar stools must be seen to be believed" – so the vintage bar that’s in place now must be its replacement.

Interestingly, two years later, an Alden A. Hare – who lived in the same Ludington Avenue house around the corner from the bar as Gehring – took over as manager. By 1952, with Hare still behind the bar, Walter Pump and his wife Marjorie bought the place, beginning a long run of ownership.

A few years after Hare left to tend bar at Anton Hilbert’s Fireside Tap at 7525 W. Center St., Edward Herte joined Pump as a partner, a relationship that lasted until 1973 when Pump died. A David Pump appears to have briefly stepped in during 1973-74 before Herte and his wife Harriett became sole owners.

In ‘79, Bill Vettel bought the venerable tap and ran it for a decade until he rented to Bill Poull (who partnered for a time with Thomas Klein).

In 1988, Vettel leased the bar to brothers Benno and Marty Weigel – of Benno's in West Allis – who had been his neighbors.

"We leased it from Bill with an option to purchase; Jan. 1 to Dec. 31," Marty Weigel told me. "We did a major update/remodel, including cutting the pass through to the pizza joint.

"We had a plan to make the pizza kitchen smaller, add inside seating and outside seating. (But we) couldn't make a deal with Bill, and back in 1988 Tosa's parking minimums and views on streetside dining weren't as favorable as today."

When Vettel died, his brother John sold to Lalli in 2014 and here we are, celebrating almost four years to the day (July 7) of the Lalli era and 80 years of the Club Tap. 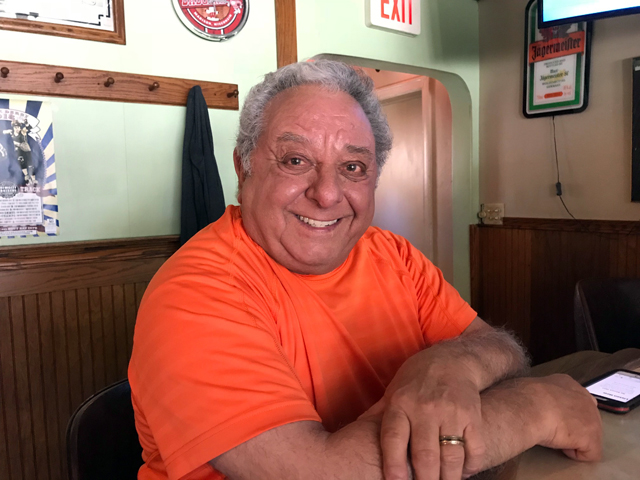 Lalli got his start in the world of business stocking shelves as a kid in his parents’ shop – Lalli’s Food Center – across from Sciortino’s Bakery on Humboldt, just south of Brady. Later, he went on to manage restaurants and later decided to open his own, with a partner, on 64th and Fond du Lac.

"It was called Nana’s Pizza," recalls Lalli, who said neither he nor his partner had any pizza-making experience. "My cousin had a pizzeria, so we would go there to watch and learn."

Soon, he had three places. The first Lalli’s opened on 55th and Center in 1978, the Tosa location opened in 1990 and he had another one on 84th and Greenfield.

"When I opened that one I had a heart attack. My doctor told me, ‘You better give up a couple places or you're not gonna make it.’ I was putting in 100 hours a week just to keep things going. I couldn’t do it. I didn't have the help at that time."

So, he closed 84th Street and, later, shut Center Street, too, focusing his energy on Tosa. Now that he’s back to running two places, he’s enlisted the help of his kids.

"I'm pretty much out of it," he says. "I've got a bar manager, and my son works the restaurant. My daughter takes care of all the payroll and payables and so forth, and I just kind of oversee things. Pretty much a family business." 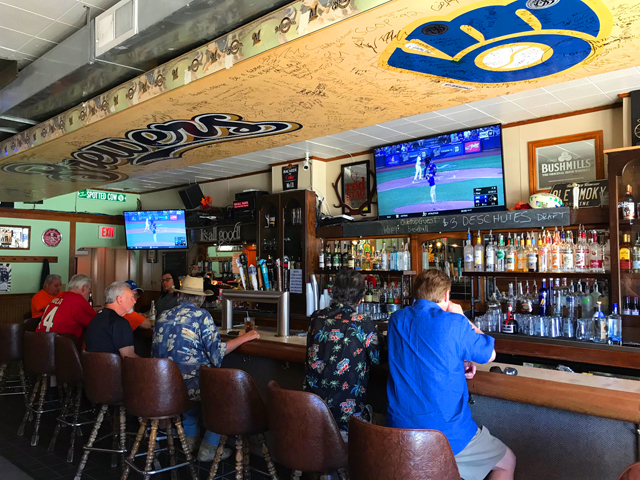 I stopped in to see Lalli – who makes the best pizza in Tosa – one afternoon just as Club Tap was opening for the day and there was already a small but growing group lining up along the bar.

It’s an intimate place, not only in size, but in vibe. The bartender and Lalli seem to know everyone by name, which makes sense, because the place is so small that there’s no place to hide. This is not the place to sneak some alone time. 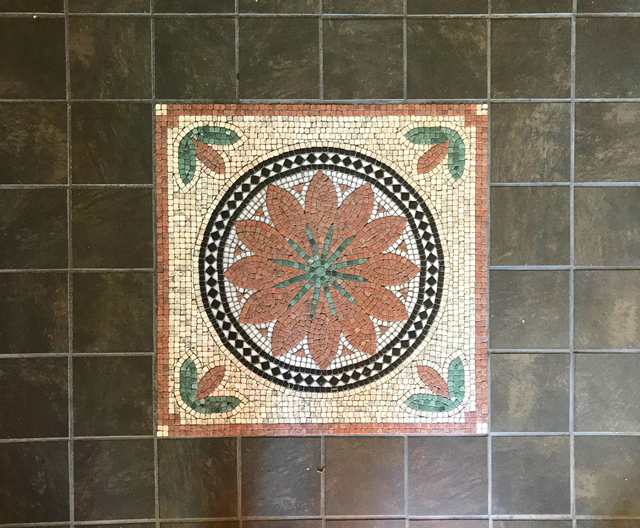 There’s a dart board, a few TVs showing the Brewers game, a lovely mosaic in the floor right inside the door, but Club Tap is a place to have a drink, maybe a pizza (definitely a pizza) and talk. In short, it’s a classic Milwaukee-area tavern ... like you’d find 80 years ago, I bet.

I nudge Lalli to tell me what he thinks is the secret to the Club Tap’s longevity and I realize that it’s all around me. There’s no secret sauce. There’s just relationships and cold beer.