There probably isn't another bar in the world that's known primarily for its soup, clown paintings and Christmas decorations, but that's part of what makes Dale's so extraordinary.

There probably isn’t another bar in the world that’s known primarily for its soup, clown paintings and Christmas decorations, but that’s part of what makes Dale’s of Milwaukee, 6132 W. Capitol Dr., so extraordinary.

Owner Dale Middleman has been in the bar business for 50 years. For the first 10, he owned The Hillside, which later became best known as Treats Tavern, 2221 N. Humboldt Blvd. Four decades ago, he moved to his current location after buying the bar and a small house next door.

Since then, he has covered almost every inch of the building – inside and out – with beer memorabilia, paintings, vintage signs from the 40s and holiday adornments. Every year, Middleman and a friend install thousands and thousands of Christmas lights and decorations – indoors and out.

"I like holidays and celebrating," he says. "I can’t stand depressed and grumpy people. Life is too short."

The fact some of his Christmas decorations are still up is a sign of Middleman’s recent poor health. He will undergo surgery in June to remove a cancerous kidney.

One of the walls is dedicated to clown paintings and figurines – all given to him by customers. Middleman has volunteered as a Shriner clown since 1981 and regularly walks in parades dressed as "Happy Happy" the clown.

"As you get older, it gets harder to walk in them parades," he says.

"Happy happy" is also what Dale and his customers say as a toast before they take a drink.

Although customers have requested Wi-Fi, Middleman refuses to get it. Instead, he prefers conversation, which he has with everyone – everyone – who sits around his oval bar.

"There are only two things people should do in bars," he says. "Talk and drink."

But Middleman also permits eating in his bar, which is good because he makes and sells a lot of soup. He also serves sandwiches – including a massive burger that made me nostalgic for my mother’s 1970s cooking – but soup is the star of his menu. During our visit, the soup du jour was chicken noodle and "chuck wagon."

"People really like my German sausage soup a lot," he says. "It's a cream soup." 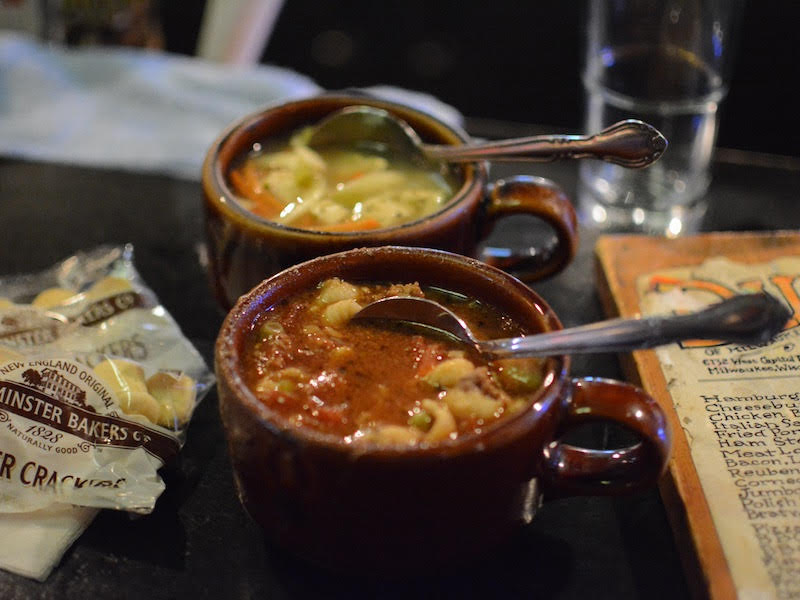 Middleman learned to make soup in the Navy and continued to cook hundreds of different varieties after he was discharged. In 1999 he wrote and published a cookbook called "200 Plus Soup recipes from Dale’s Kitchen" and sold 6,000 copies through the bar.

"People asked me to do another printing, but I never did," he says.

In 1994, Mickey and Minnie Christmas decorations shorted out, caught fire and burned down the interior of the bar. Middleman spent years restoring the bar and finding hundreds of new wall hangings. Many more were donated by friends and customers. 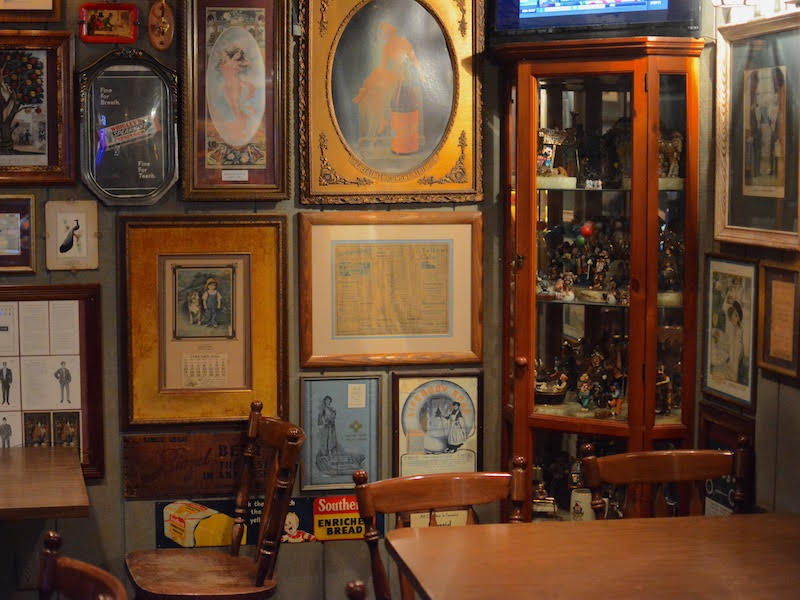 "I have great customers," says Middleman.

Middleman, a proud dog owner, has been a bachelor his entire life. "The bar life is not a place for a married man," he says.

Dale's has a variety of wooden carvings and even the menus are shellacked on a block of wood. 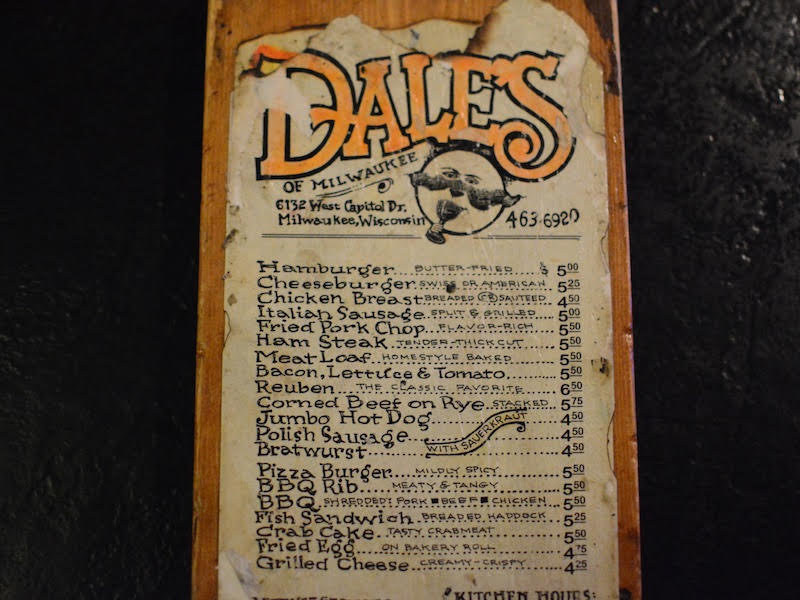 A clown carved with a chain saw from a cherry tree that once grew in his yard is perched on the roof of the building. There’s also a variety of hand-painted-on-wood beer signs that are made to look like vintage ads. One of them has a group of old-timey German men – and one clown – drinking together. 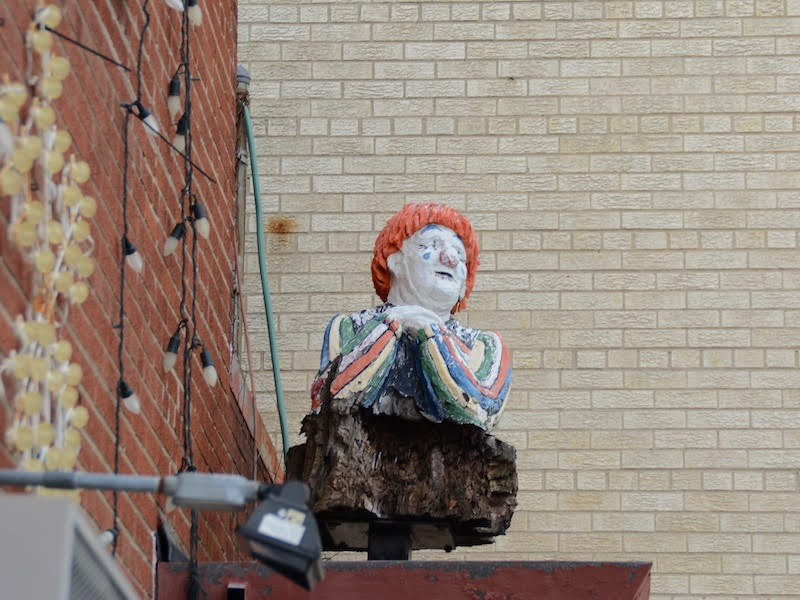 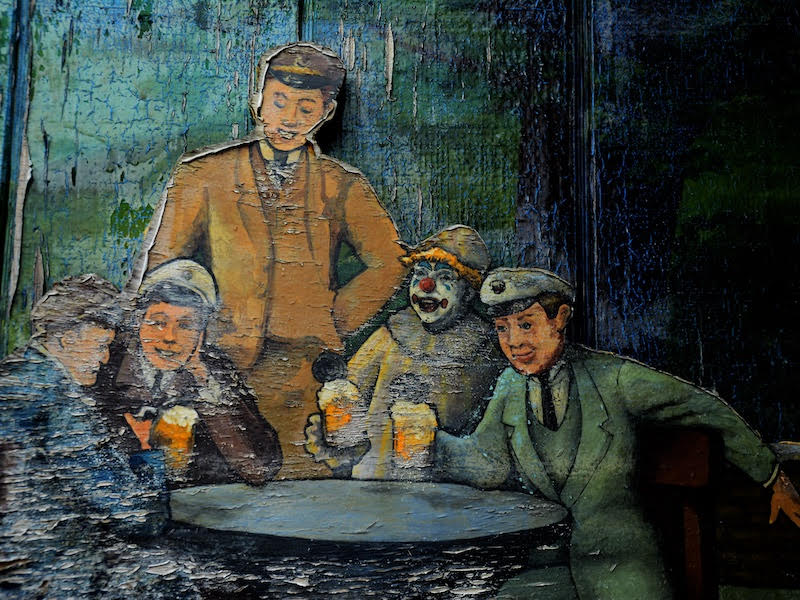 Middleman admits the clientele has changed dramatically over the years. Once it was a home-away-from-home for factory workers, but with the loss of A.O. Smith, Eaton and Evinrude, the demographic of drinkers became composed of neighborhood people and those who come back occasionally to visit.

"We’ve got really a mixed crowd, but there is very little trouble here," says Middleman. "It’s an island within itself." 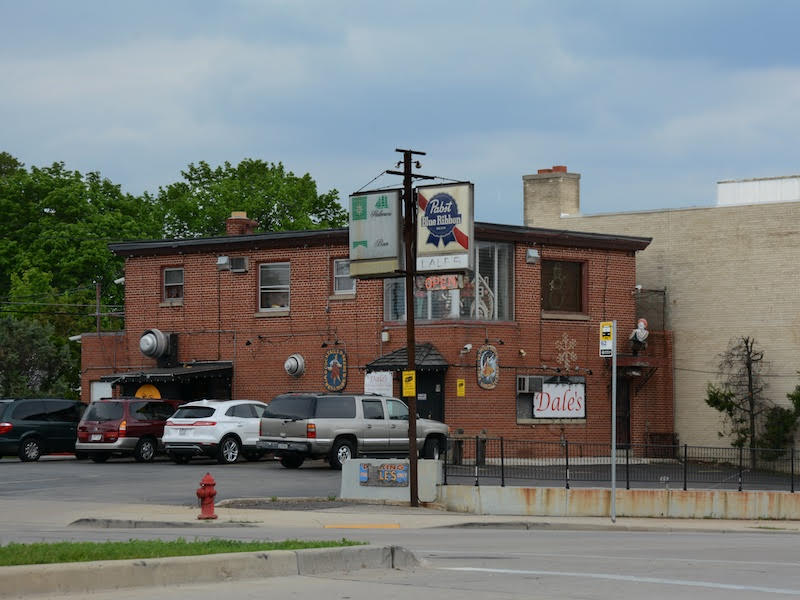