Word historians track the earliest in-print use of "gee willickers" all the way back in mid-1800s. Gee Willickers (the Riverwest bar) isn't quite that old, but befitting its name, it's also a charming flashback from a different time.

According to internet etymologists, the phrase "gee willickers" was a favorite non-profane profanity long before the days of Dick Grayson and Dennis the Menace. A loophole for saying the Lord’s name in vain without actually saying the Lord’s name in vain, word historians track its earliest in-print use all the way back in mid-1800s – while its use in regular conversation likely goes back even further.

Gee Willickers, the Riverwest bar found at 2578 N. Dousman St., isn’t quite that old, but befitting its name, it’s also a charming flashback from a different time – one owner Randy Langlois, who’s called the neighborhood his home for his entire life and run the small neighborhood saloon for almost 35 years, knows has past.

"Every corner had a bar," Langlois lamented. "There’s just not as many bars as there used to be no more. It’s a shame. I remember when all these places were bars, and it was fun going from this place to that place. You wouldn’t have believed how all these bars exist – and now it’s only a few left. That’s how the whole city is."

Small neighborhood taverns across Milwaukee have notably struggled in this modern bar culture, with craft breweries or food-focused approaches taking precedence over the simple community dives of the past – contently offering little more than a few cold taps and a lot of warm local color and company, the national news passing by on television while the local news passes around in conversation.

Yet Gee Willickers and Langlois – whose father also owned a bar, Winkie’s, in Riverwest on Fratney and Wright in the ’60s – have survived more than three decades. Or at least long enough that Langlois can’t even recall where the name came from back in 1985. 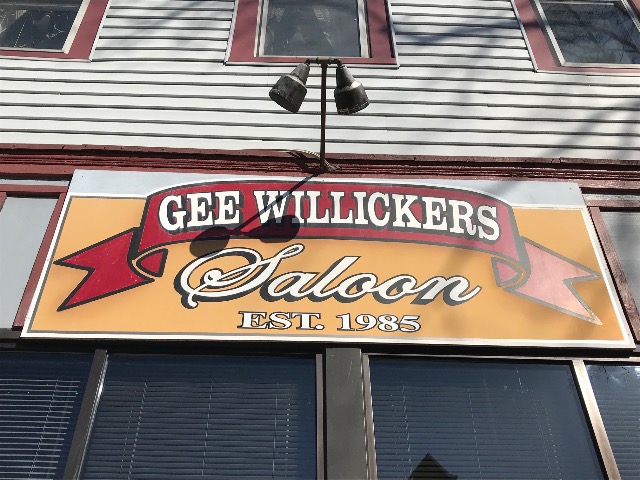 "I just don’t remember anymore!" he chuckled. "I think I heard it on a song or somewhere, and I said, ‘Gee Willickers, that sounds different.’"

Its low-key longevity is even more of a feat when you consider what it takes to get into Gee Willickers, a process almost on par with The Safe House and Bugsy’s. Like fellow Riverwest hidden gems like The Gig and Squirrel Cage, the bar is tucked away on the east side of Humboldt, far from any main drags or any casual foot traffic crowd. You don’t stumble across Gee Willickers; you have to seek it out. Then there’s actually getting into the bar, since the front door is locked, requiring someone inside to buzz you in – an unfortunate "deterrent" after the saloon was robbed three times over its many years, according to Langlois. Thankfully, the password is simple: a polite knock.

Don’t be dissuaded, however, as things immediately warm up and become welcoming as soon as you walk through the door, where you might be greeted by the bar’s "guard dogs," aka Langlois’s three adorable, aloof hounds: Hazel, Foxy and Rhona. All in their older years, they certainly won’t bite – and neither will Randy, the friendly bartenders or the diverse crowd inside of regulars new and old, from across town or just across the street. Within just a few minutes of sitting down at the bar, you’ll likely get absorbed into a conversation about the news, neighborhood happenings and history, or the local sports teams, welcoming people into the bar who you’ve never met before and waving goodbye with the entire crowd to those calling it a night.

"It’s a homey sort of environment," said Linda Stone, a bartender at Gee Willickers for three years and a Riverwest resident for the past 15. "Everybody gathers here, and everybody knows each other."

As with most neighborhood dives, the actual building itself isn’t much. Save for a painting of Langlois’s father hanging near the end of the bar, the walls are mostly loaded with standard tavern signs and local brewery décor. But Langlois does his part to brighten up Gee Willickers, decorating the cozily modest space and throwing parties to match the season. Right now, for instance, the walls are decked with festive eggs and bunnies, with ham on the menu for Easter. Later, for Cinco de Mayo, he’ll make rice, beans and enchiladas. 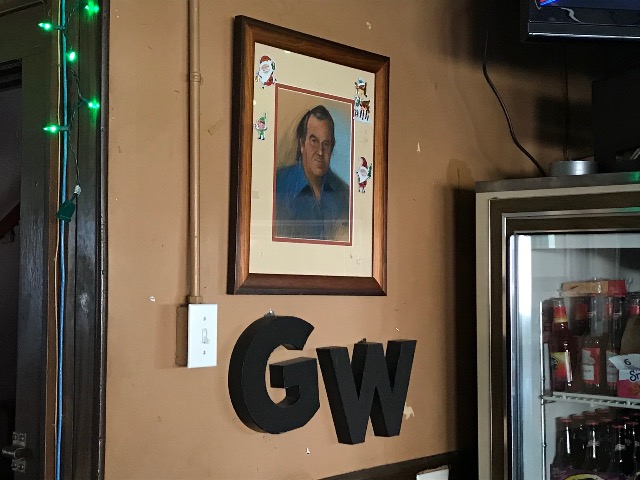 Even when it’s not a holiday, there’s something festive happening at Gee Willickers. In the middle of the week, it’s Taco Wednesdays. Then there’s the jukebox – "the best in the city" according to Stone – bought from Mitchell Novelty Co. 25 years ago that’s only one of two in Milwaukee, filled with Langlois’s own CDs spanning across the decades from The Grateful Dead to Elvis to Patsy Cline to The Beatles to today. And if you have a CD on you that you want to hear, Langlois will pop it in the machine for you as well.

It’s that extra effort – once, Langlois comments, common in bars – that’s helped Gee Willickers outlive its dearly departed fellow community bar brethren, bringing the neighborhood together as well as continually preaching and promoting its good name through the changes.

"I got a lot of friends who say, ‘I was in Riverwest and had a good time,’ and I say move back here," Langlois said. "They go, ‘Oh no, I had a friend who’s car kept broken into,’ blah, blah, blah. OK, whatever. You hear good and bad – like anywhere else."

"We have a real diversified neighborhood here," Stone agreed. "Everybody helps each other, and it’s really a great place to be. That’s why I love it here so much."

People seem to agree, as Stone notes Gee Willickers has actually been drawing a new crowd in addition to its long-time embedded neighborhood regulars.

"We see a lot of younger people coming in now, people that we didn’t really know and are new to the place – and then all of a sudden they start coming back," she said. "Early on, you get the regulars, and then the regulars that are younger come in later. They like to come in and see Randy. He serves a good drink and has great conversation. He’s been here all his life."

Considering the depleted number of fellow neighborhood bars, drawing in a younger crowd is a change that the Riverwest mainstay welcomes in the hopes of continuing to survive – and keep people, at least in Milwaukee, happily exclaiming "gee willickers" for another century. 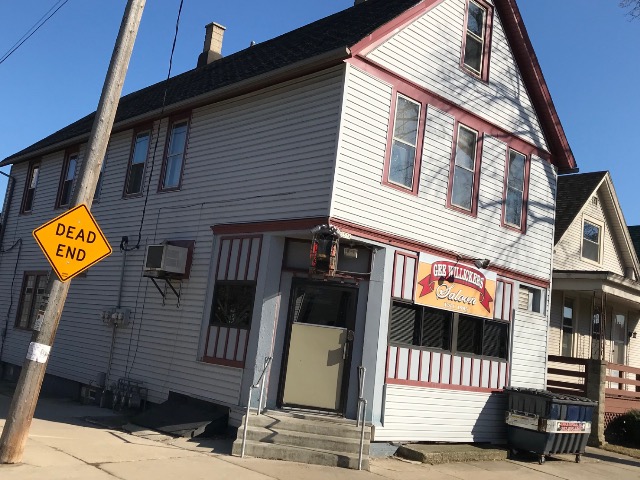