What was once a small area with a pool only big enough for the hippos to float in has been replaced by a much larger outdoor space with a 3,500-square-foot "beach" and a seven-foot-deep, 60,000-gallon pool that runs a tad longer than the 85-foot window. 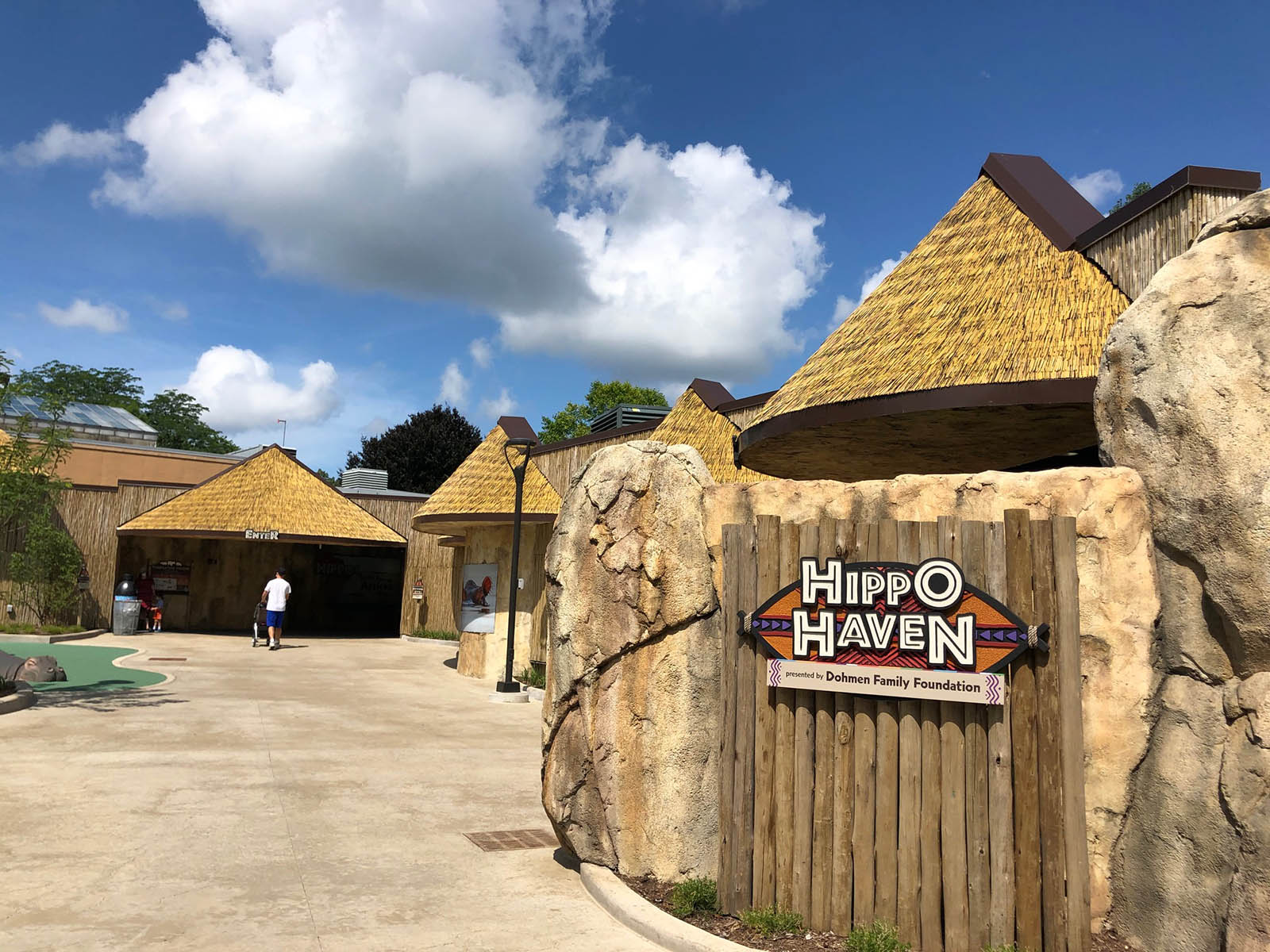 That window allows visitors the see the 39-year-old, 5,300-pound Happy the hippo floating, swimming, gawking back at people nose-to-nose and, finally, living up to his name.

When the exhibit was completed, says the zoo’s Executive Director Chuck Wikenhauser, "We had a problem. Once, we got him outside and he got into the pool and he really liked it, he wouldn't leave the exhibit to come back inside. The keepers have worked with him, and now, on a regular basis, he's coming and going at night when we’re closed. 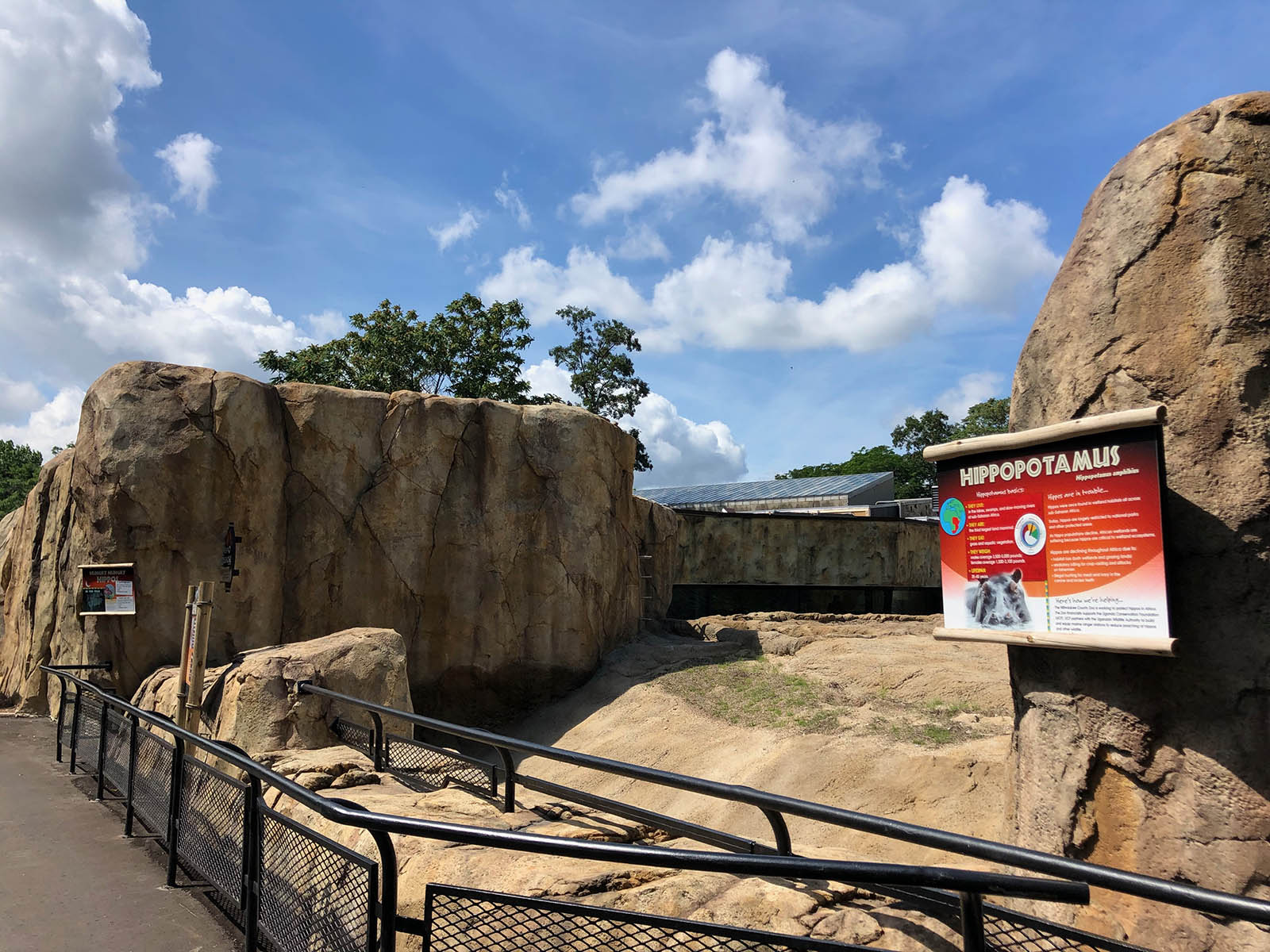 "Hippos have great eyesight, so he can see what’s going on (in the viewing area) and it doesn’t seem to be stressing him out."

The pool is more than three times larger than the one in the earlier hippo space and considering hippos spend about 16 hours a day in the water, it’s a sound investment in hippo happiness.

The older female hippo, 51-year-old Patti, prefers the comfort of the indoor pools and hasn’t yet gone outside. Not wanting to stress her out, the keepers aren’t forcing the issue with her, which is just as well as she and Happy famously don’t get along.

Outside, there’s a hippo entry plaza and a hippo play area, and just under the entrance alcove to the viewing area there’s a peek at the ozone system used to keep the water clean. There are educational panels throughout.

An elevated keeper platform has a water cannon for "enrichment," for the hippos. Meaning: for pure hippo joy.

With more than 85 feet of outdoor pool in the new hippo exhibit, Happy is now living up to his name at @MilwaukeeCoZoo pic.twitter.com/ejqWeLdEsT — Bobby Tanzilo (@BobbyOnMKEcom) July 22, 2020

But the real treat is the covered viewing area that lets visitors get right up to the glass and see Happy’s big eyes and teeth and gargantuan body through about three inches of glass. The space is one of just 12 at U.S. zoos that allow underwater hippo viewing.

The project is the second phase of the Adventure Africa project to reimagine and rebuild exhibits at the zoo. The first phase, an expansive elephant area, was completed last year.

A third phase, expanding and redesigning the rhino habitat is next up, but is now just in the planning phase. Wikenhauser expects construction won’t likely begin before 2022.

"We have the funds to do the design work," he says, noting that the break in building is a welcome pause, too. "We were getting some construction fatigue, with much of the area blocked off during the work on the elephant area."

When I express an interest in the water filtration and cleaning system – after watching Happy cloud the water with his "business" – Wikenhauser offers to take me to see the inner workings. 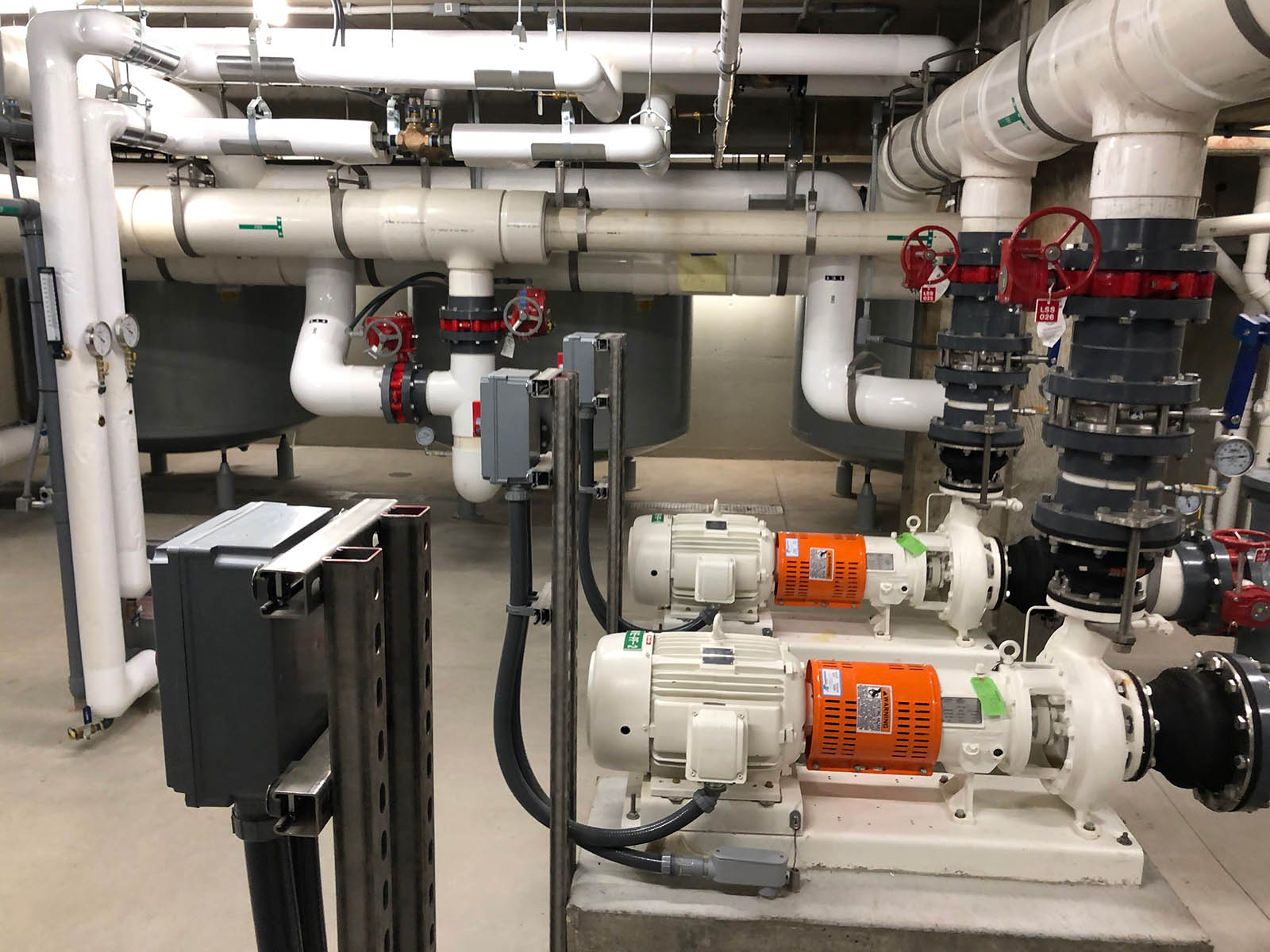 We go around the back of the building, through a gate, and down some stairs to a gleaming new area that was built as part of the phase two project.

"What was here was all one open space and some unexcavated areas," says Wikenhauser as he shows me an astonishing array of equipment that works to keep Happy in clean water.

As impressive as the public Hippo Haven is, it's just a part of the gargantuan effort required to make it all come to life. As much of that effort is here underground. 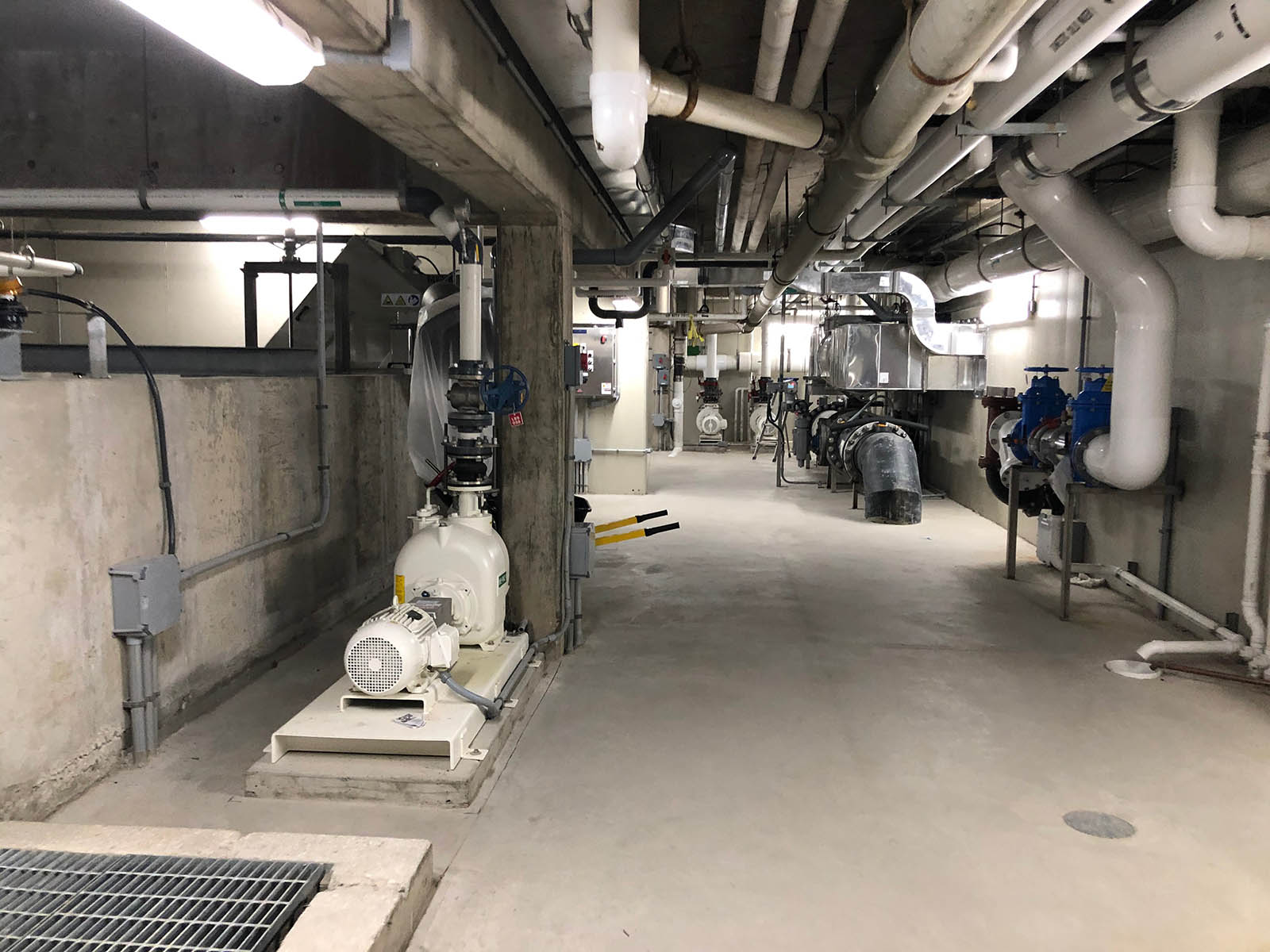 There’s the ozone system that occupies its own room, then there’s another space with five big pumps connected to a quintet of sand filters that look like fermentation tanks at a brewery. In an adjacent space is a filter that works to remove solid waste from the water. The waste is composted, along with the zoo’s other manure.

There are more pumps and giant valves nearby, including one made in Germany that cost a whopping $100,000.

The system – which also filters the two indoor pools in the hippo building – is similar in design to one installed a few years ago at the Otter Passage exhibit which opened in 2018. It is expected to conserve about 20 million gallons of water a year, because in the former exhibit, the pool had to be emptied and refilled every single day.

The hippo project cost $13.5 million and, says Wikenhauser, "we created a full-time position just to oversee all of this (equipment)."

Far be it from me to speak for Happy, but I’d guess, based on watching him interact with kids through the glass, that it was worth it.