The holidays can be a time of giving and what better to give a loved one than a gift they'd love but would never buy for themselves, thinking it too extravagant? You might even argue it's that one time of the year when you can give yourself an extravagant gift ... like one of these impressive reissues.

The holidays can be a time of giving and what better to give a loved one than a gift they’d love but would never buy for themselves, thinking it too extravagant?

You might even argue it’s that one time of the year when you can give yourself an extravagant gift ... like one of these impressive reissues:

On Nov. 1, ABKCO unleashed the latest in its lavish reissues commemmorating a half-century of specific Stones releases, like 1969’s landmark "Let It Bleed," on which Mick and Keith and company entered a new era. Brian Jones has just been fired and tragically passed away that summer and the group was returning to its passion for the blues, as well as beginning to infuse gospel and old-style country elements into its sound, setting the stage for the masterpiece that is "Exile on Main Street."

Of course, there were hits, like "Gimme Shelter," "Midnight Rambler" and "You Can’t Always Get What You Want," too.

This weighty box set includes vinyl and CD versions of the stereo and mono mixes of the original LP as well as a facsimile of the U.K. mono 7-inch of "Honky Tonk Women" and "You Can’t Always Get What You Want," a trio of hand-numbered replica-signed lithographs of artwork mockups, a poster and an 80-page hardcover book with images and information about the making of this great record. 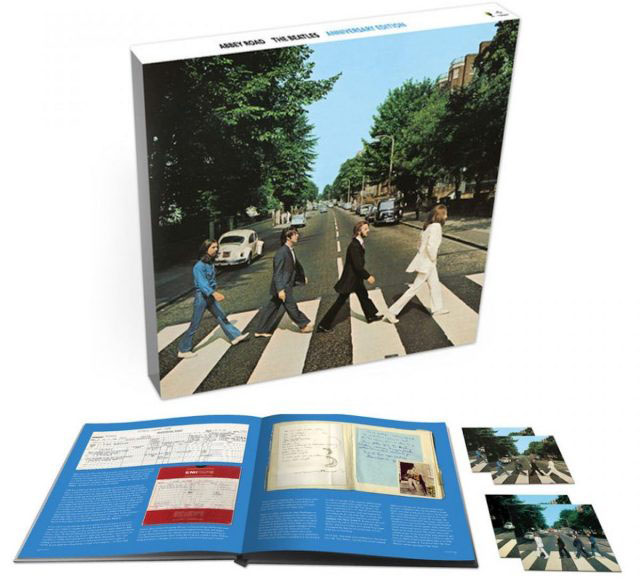 You can choose CD or vinyl on this 50th anniversary edition of another legendary 1969 release, this one being the last album the Fab Four recorded (though "Let It Be" was released later, it was recorded earlier).

While it was released to mixed reviews, history has been kind to "Abbey Road" – packaged in one of the most iconic sleeves ever – which has landed near the top of many "best albums of all time" lists, for its mix of George Harrison masterworks like "Something" and "Here Comes the Sun," the funky slither of "Come Together," the charm of "Octopus’s Garden" and the black humor of "Maxwell’s Silver Hammer," but most of all for the long suite of connected tunes on side two, that form one of the most accomplished medleys in rock and roll history.

This new set, in a thick box, includes three LPs/CDs, containing the original record in a new stereo mix by George Martin’s son Giles, plus 23 outtakes and alternate mixes. The CD version also comes with a Blu-Ray. But, go online and check out the options, because there are alternate versions out there, too, including one at Target that comes with a T-shirt. 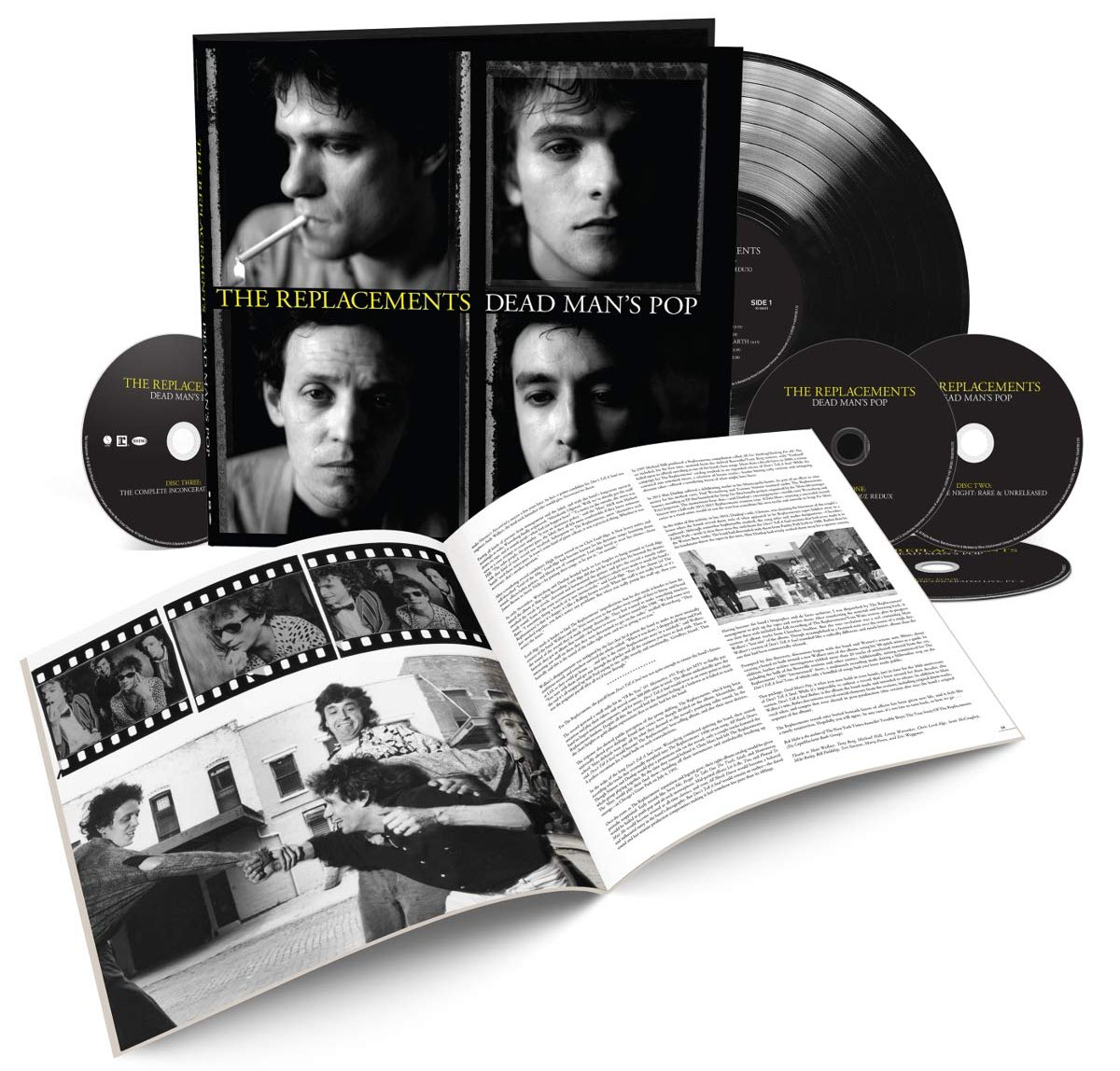 "Don’t Tell A Soul," released in 1989, was The Replacements’ best-selling record, but it seems they were never really excited about the final mix. So, they decided to go back and do it again for this exhaustive four-CD and one-LP set, that comes packaged with an illustrated hardcover book that tells the complete story in a number of essays.

The first disc and the 180-gram vinyl LP contain a new mix of the album – by the disc’s original producer Matt Wallace – as the band envisioned it, and the second CD is full of alternate versions, including a few tracks with Tom Waits.

The leaner, edgier new mix of "Don't Tell A Soul" definitely sounds more like how The Replacements sounded than did the mix released at the time. But if you really want to remember the Minneapolis rockers at their best, the live discs are where you should start. 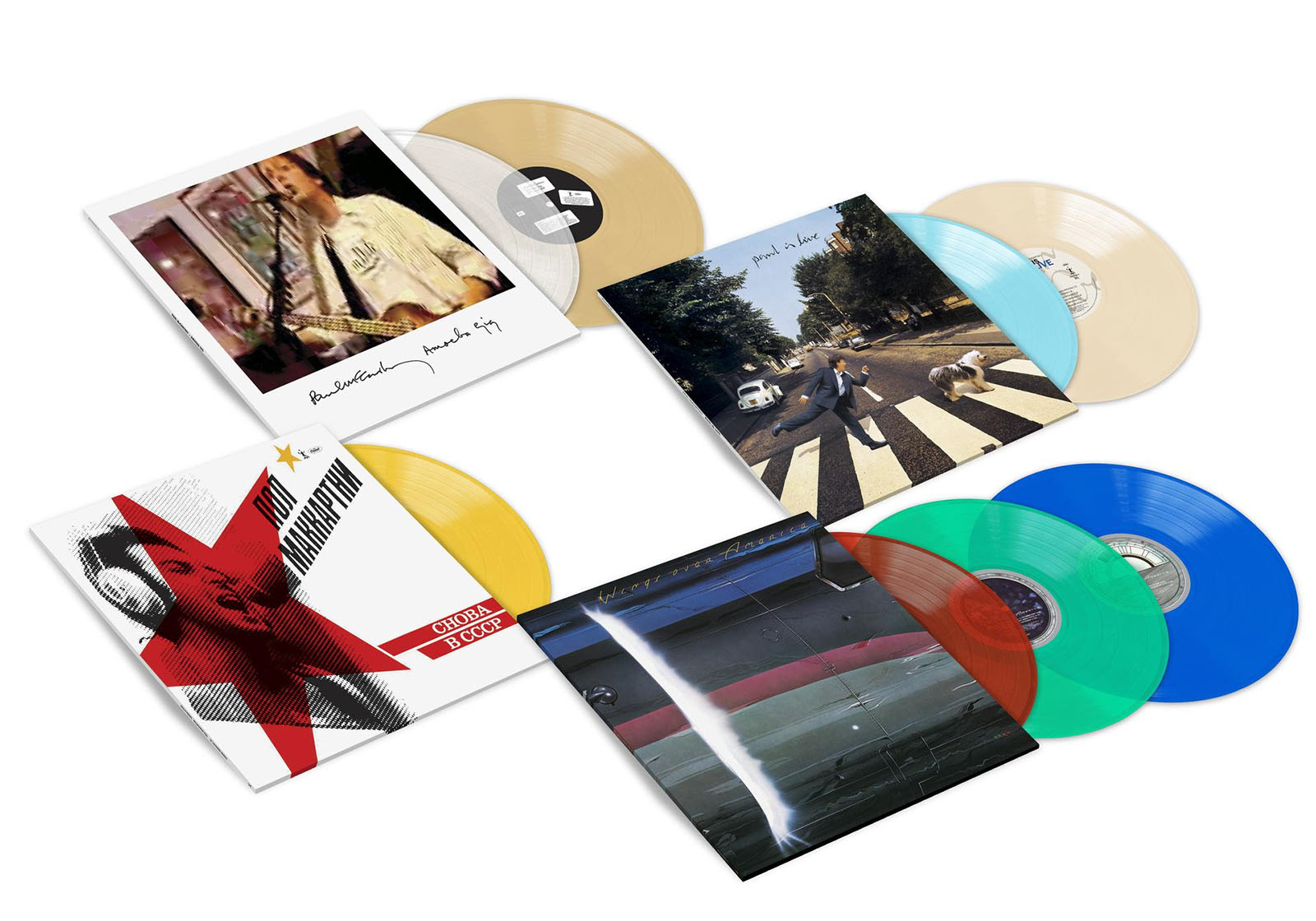 As part of its ongoing series of reissues of Paul McCartney’s solo and Wings-era discs, MPL/Capitol/UMe has brought back out four "live" Macca records. I put the quotes there because one of them was recorded live in the studio.

In chronological order, they are 1977’s "Wings Over America," which was a triple-LP released not long after I caught the Beatles bug as a kid and so it served as a landmark for me. Recorded on Wings’ 1976 tour, it has the hits of that era – "Silly Love Songs," "Let ‘Em In" and "Listen to What the Man Said" – alongside earlier solo and Wings hits and a smattering of Beatles favorites like "I’ll Follow the Sun." His cover of Simon & Garfunkel’s "Richard Cory" is quite memorable, too.

"Choba B CCCP" was released in the Soviet Union in 1988 and was the first by a Western artist recorded especially for the Soviet market. McCartney went back to his roots for this set, recorded live in the studio. The disc includes the 11 tracks released on the original record – covers of songs Paul loved from the 1950s, like "Kansas City," "Twenty Flight Rock" and "Lucille." Alas, we don’t get to hear the other 11 songs recorded at that session.

"Paul is Live" – which finds McCartney and his pooch Photoshopped into a familiar scene on the front cover – was recorded in 1993 during tours of the U.S. and Australia and like "Wings Over America" it is a career retrospective of Beatles, Wings and solo material, but, like "Choba," it revisits beloved ‘50s tunes, too.

Lastly, "Amoeba Gig," was taped at an in-store performance at Hollywood’s Amoeba Records in 2007 and marks the first full-length release from the show, with 21 songs. An EP with four tracks was previously released, followed by a 12-song release a few years later, but this one really brings you into the intimate gig as Paul does some gems like "I’ve Got A Feeling" and a cover of Jan Garber’s "Baby Face."