I know you didn't ask, but that's OK, I know you're looking for the perfect gift for me, so here is what's at the top of my holiday wish list this year. And, hey, if you know someone that loves music and wine and bourbon and books and being warm, I bet you can apply these ideas to that person, too.

I know you didn’t ask, but that’s OK, I know you’re looking for the perfect gift for me, so here is what’s at the top of my holiday wish list this year. And, hey, if you know someone that loves music and wine and bourbon and books and being warm, I bet you can apply these ideas to that person, too. 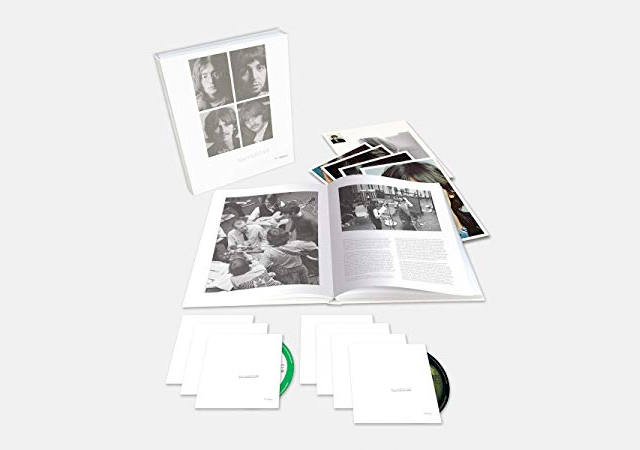 It was 50 years ago today. OK, not exactly today, but as hard as it is to believe, the Beatles’ sprawling, expansive, experimental, expectation-shattering self-titled, plain-sleeved double-album has been a part of the pop culture landscape for five decades now, chipping in fundamental rock and roll moments like "Back in the USSR," "Helter Skelter," "Blackbird," "Birthday," "While My Guitar Gently Weeps" and "Julia" – among numerous others – while also giving us "Revolution No. 9," which quickly became the poster child for out-there rock experimentation.

Thankfully, the so-called "White Album" gets a deep-dive in this set, which come packaged in an oversized, 164-page hardback book, full of essays, recording details and photographs. The original album is remixed here by George Martin’s son Giles, who brings out interesting details that even the most devoted fan of the record will hear for the first time. A third disc includes the Esher Demos – more than two dozen acoustic demos recorded in a house in England right after the band returned from its experience in India. Add three more discs of session outtakes, alternate takes and chatter, plus a Blu-Ray that includes three high-quality versions of the entire 2018 mix as well as a new direct transfer of the original 1968 mono mix. The original inserts that accompanied the album are also included, of course.

The result is an experience that adds new dimension to an already multidimensional musical achievement and will lead even the most devout Beatles fan to experience the "White Album" in an entirely new and ear-opening way. It’s not cheap, but your Fab Four fan will be eternally in your debt if you cram this into their stocking. 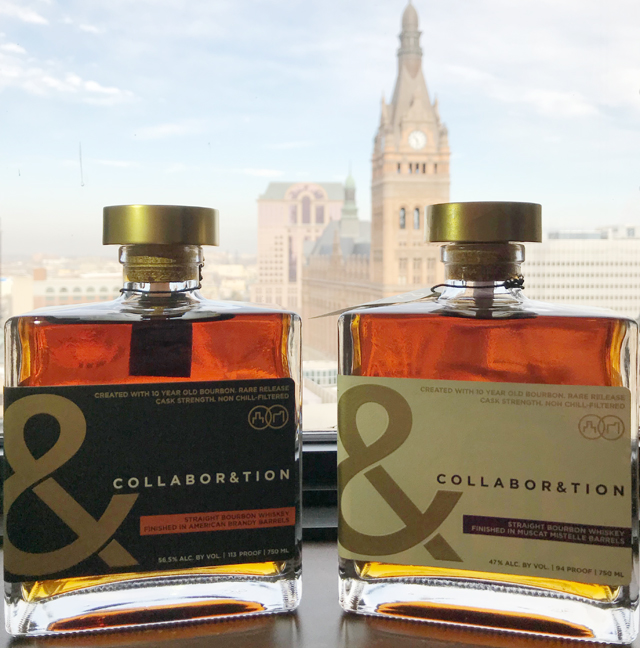 It’s all about collaborations these days – toffee laced with bourbon, beer aged in bourbon barrels, bourbon aged in beer barrels, whiskey aged at sea, maple syrup aged in bourbon barrels – and that’s good. It’s creating a wider variety of tastes than ever before. One collaboration that’s really caught my eye is between a pair of Kentucky distillers – Copper & Kings and Bardstown – who have teamed to age the latter’s whiskey in the former’s brandy and Muscat Mistelle (unfermented grape juice mixed with young brandy) barrels. The results are interesting expressions. The one aged in brandy barrels – which is 113 proof – has a touch of brandy sweetness balancing the caramel vanilla of the whiskey. But it’s also got a hint of the kind of vegetal earthiness you find in grappa. Meanwhile, the Muscat Mistelle collab – 94 proof – is spicier, with hints of chocolate, and also really distinctive. Traditionalists may scoff, but more adventurous drinkers will enjoy the ride. 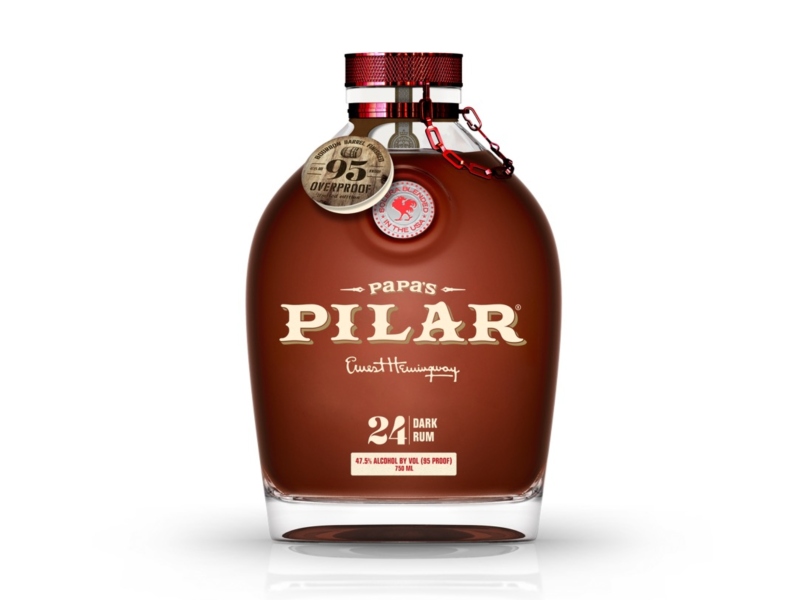 If you prefer rum – or if, like me, you want to be more than a little pleasantly surprised – check out Papa's Pilar Rum. Finished in bourbon barrels, this is the kind of dark rum that you'd never, ever consider pouring into a glass with anything else. It's silky smooth, gorgeously colored with an lovely mouthfeel, rich in vanilla and almond and oak, with just a hint of bourbon. It's quite fine and it's quite limited. 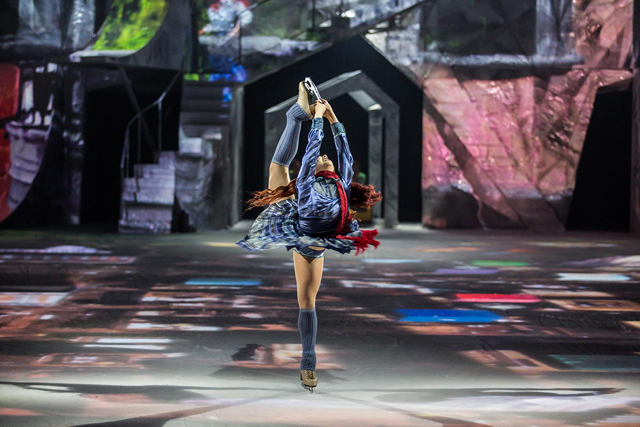 I'm becoming a bit like my grandmother, often telling people I don't need any more stuff, and that I'd prefer the gift of an experience and, let's be honest, there's almost nothing that defines "experience" more than a Cirque du Soleil performance, which never fails to leave one's mouth agape.

Cirque's first-ever show on ice is called "Crystal" and it comes to Milwaukee's Fiserv Forum, Jan. 30-Feb. 3. A couple tickets will be the kind of gift that someone will likely remember for years to come. 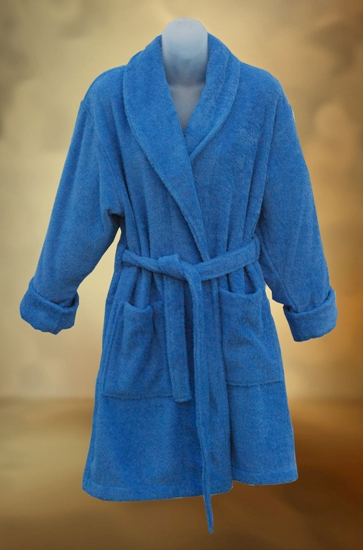 If you’ve ever had the pleasure of spending a night in a really amazing hotel, you’ve likely discovered the charms of a luxurious, high-quality bathrobe like the ones made for men and women by Thirsty Towels.

Thanks to temperatures that tanked earlier than ever, it seems, here in Milwaukee, I’ve got my eye on one of the dark blue, heavy-duty robes, which feels like wrapping yourself up in the warmest cotton cocoon ever. Find them, as well as other robes and towels at thirstytowels.com, which has an online shop. 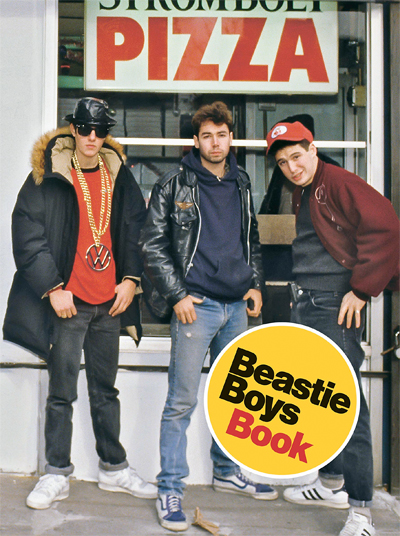 In fact, Mike D and Adam Horwitz’s book feels a lot like a super extended remix of an issue of the Beasties’ short-lived but long-lamented Grand Royal magazine, but with a focus on the group itself and, as you’d expect, a lot of ink spilled in honor of the late Adam Yauch (aka MCA), who formed the group and was its musical and spiritual leader. Cover price is $50 but you can find it cheaper. 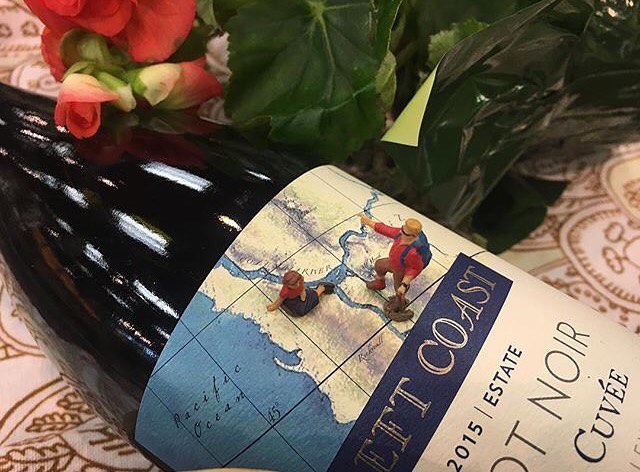 Oregon’s Left Coast Estate produces a variety of wines and a variety of Pinot Noir expressions. While some might think three pinots from the same producer would be too much (even of a good thing), wine geeks like me will find it interesting to compare and contrast how the same vintner crafts three unique (and sustainable) wines out of the same grape grown in the same Willamette Valley – albeit in different vineyards.

Cali’s Cuvee 2016, for example, is fruity and floral, a solid everyday wine, priced around $20. Dig a little deeper into your wallet, however, and things become deeper, more complex. The Right Bank Pinot Noir 2015 (about $40) still boasts that ripe red cherry, but adds an herbal component that feels almost lightly minty. And the long finish is super satisfying. At the same price point is the Truffle Hill Pinot Noir 2015, with its earthy mix of blackberry, vanilla and tobacco. This one was my favorite. 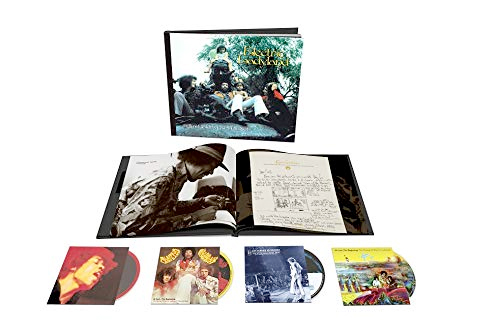 To mark the 50th anniversary of what believe to be Jimi Hendrix’s masterpiece, "Electric Ladyland" – released eight months after he and his trio made their Milwaukee debut – Sony Legacy has released a deluxe edition that, like the Beatles’ release above, is packaged in what looks like a hardcover book. This one, the cover of which recreates the design Hendrix himself wanted (but did not get), includes a remastered edition of the original double-LP and 20 previously unheard demos and studio outtakes, including Hendrix’s own demos recorded in a hotel room.

A third disc was recorded live at the Hollywood Bowl just a couple weeks before the album was released, and a Blu-Ray contains a documentary of the making of this legendary record, which spawned hits like "All Along the Watchtower," "Crosstown Traffic" and "Voodoo Chile," but even more importantly, proved definitively that Hendrix was indeed a force to be reckoned with. Sadly, that promise was extinguished less than two years later.