Now that her term on the Milwaukee school board has officially wrapped up, Meagan Holman, who has represented Bay View and other South Side neighborhoods on the board, is filing papers today to run for the 14th District Common Council seat, which includes Bay View and Polonia, to the west.

Now that her term on the Milwaukee school board has officially wrapped up, Meagan Holman, who has represented Bay View and other South Side neighborhoods on the board, is filing papers today to run for the 14th District Common Council seat, which includes Bay View, as well as Baran Park and Polonia to the west (see map below).

Holman will face incumbent Tony Zielinski in the April 5, 2016 election.

"I'm definitely running for re-election," Zielinski said Friday. "I've been out there already. Although our district is doing great right now, we're nowhere near the potential yet."

City clerk Jim Owczarski confirmed on Thursday that no other candidates had yet filed papers for the race.

Holman said in an exclusive interview with OnMilwaukee.com that she feels an urgency to further the work she did with the Milwaukee Board of School Directors now that her term has expired on Vliet Street, where she worked to expand the district's Montessori programs and on a project to turn around Bay View High School, among other things.

"It's abundantly clear to me that there is a tremendous amount going on in the city that needs some fresh eyes and we're making generational decisions when it comes to the streetcar, the arena, how we're handling a rash of violence in the city," she said. "It's not time for me to sit back and evaluate what I need to do, it's time to do what's right for the community.

"There's a degree to which we all know, especially in Bay View, that Milwaukee is at a make or break moment," said Holman, who lives near Humboldt Park and whose four children attend a Milwaukee Public School in Bay View.

"We see the big bright warning signs. We see that this is the worst place in the country to live if you're African-American. We see the achievement gaps in education in all our different school sectors. But we also see the opportunities that are happening at The Water Council; the opportunities that are happening with the streetcar. So, there's this question of, 'where is Milwaukee 15 years from now' and I don't necessarily feel like we have a cohesive answer for (that) now in Bay View."

Holman's District 8 school board seat was won by Carol Voss in the April 7 election. Voss was unopposed in that race. 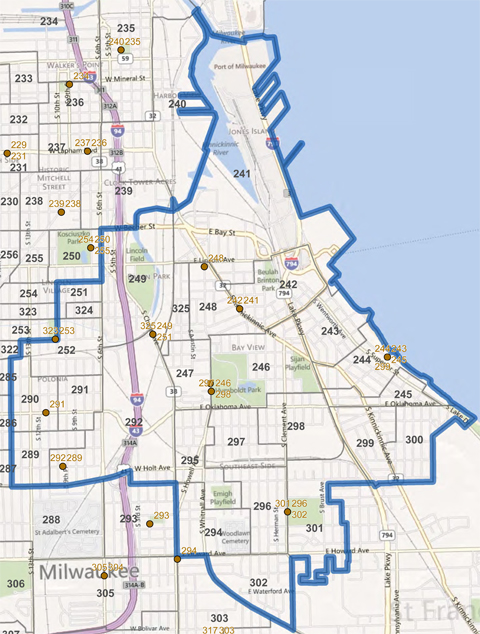