When future food magnate William Horlick came to the United States from England in 1869, he settled in Racine and built a malted milk empire. Now that complex, which closed in 1975, is being redeveloped.

When future food magnate William Horlick came to the United States from England in 1869, he settled in Racine. A few years later, he went to Chicago to start his food business with his brother James but by 1875 returned to Wisconsin and built a malted milk empire.

The company ceased operations in Racine in 1975, leaving behind a gorgeous complex along Northwestern Avenue, built between 1885 and 1926, that has fallen into disrepair.

Now, Milwaukee developer Josh Jeffers, who loves a good historic property, has taken on the job of turning the nearly 13-acre former Horlick Malted Milk Co. complex into a mixed-use town center, which typically pairs residential and commercial uses together in one development. 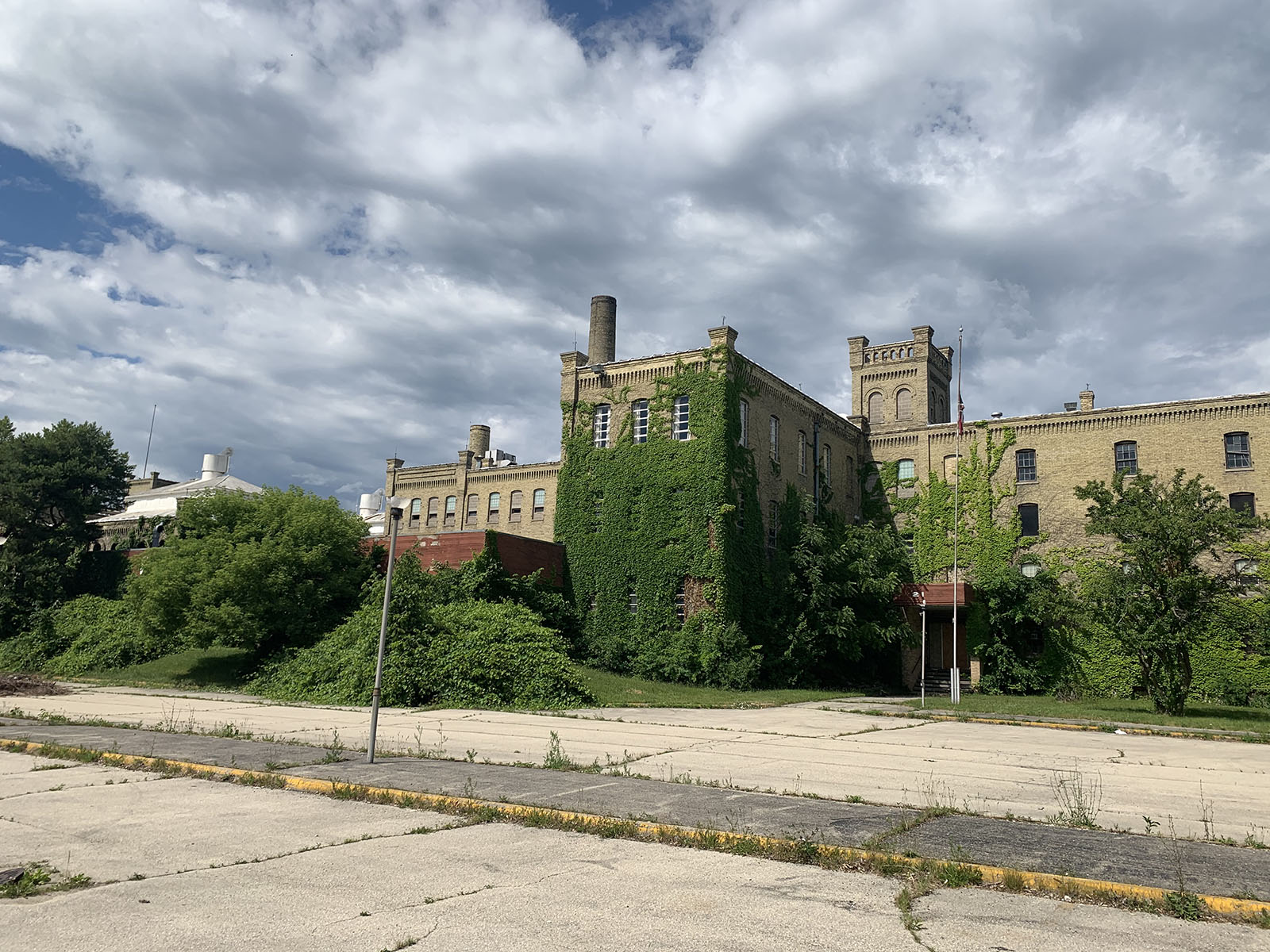 Jeffers owns nine properties in the district and will redevelop them as part of a multi-phase plan.

The $100 million Historic Horlick District will be a mix of historic buildings and newly constructed townhomes to create a mixed-use neighborhood with retail, recreation, residential and educational uses.

The original Gothic Revival Horlick buildings will be kept and restored, as will brick walkways between them. 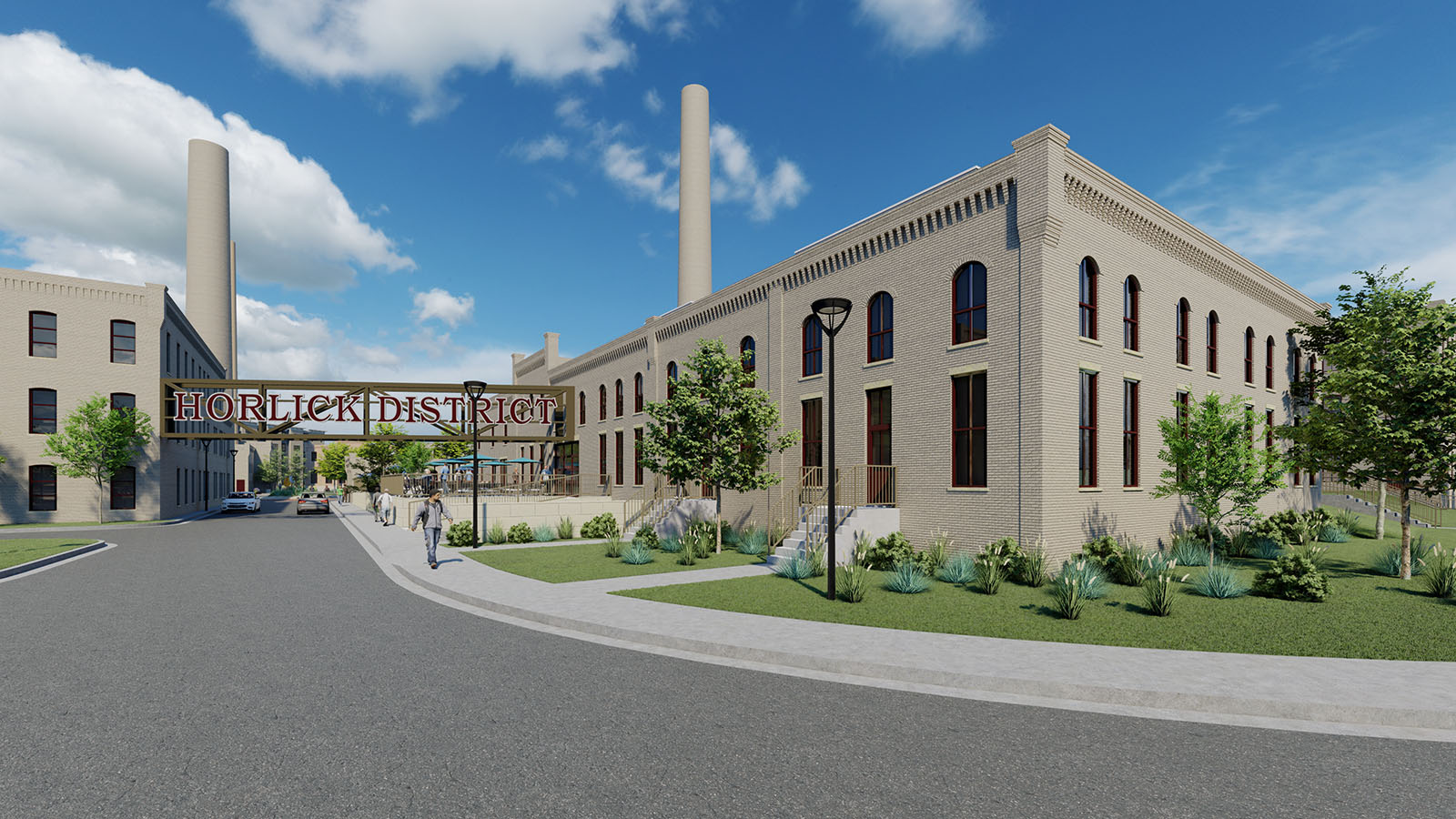 "These are fascinating properties with tremendous importance to the history of Racine and our country’s industrial period," said Jeffers in a statement on Thursday morning.

"Behind the facades facing Northwestern Avenue, one can imagine the thriving and buzzing Horlick manufacturing complex that was a source of pride for Racine. We want to restore that pride. We want to embrace the significant history that is still there, and we also want to create a beautiful new neighborhood that will be an economic catalyst, provide multi-family housing within a town center environment to include retail, hospitality and business uses, and connect the site with the multitude of area civic assets."

The development will be somewhat in the spirit of Horlick himself, who had hoped to create more than simply a manufacturing plant for one of the world’s most delectable powders, he hoped it would also be a place for recreation and relaxation. To that end, he made sure the grounds were maintained with care and even added a landscaped lagoon, offering recreational activities for employees. 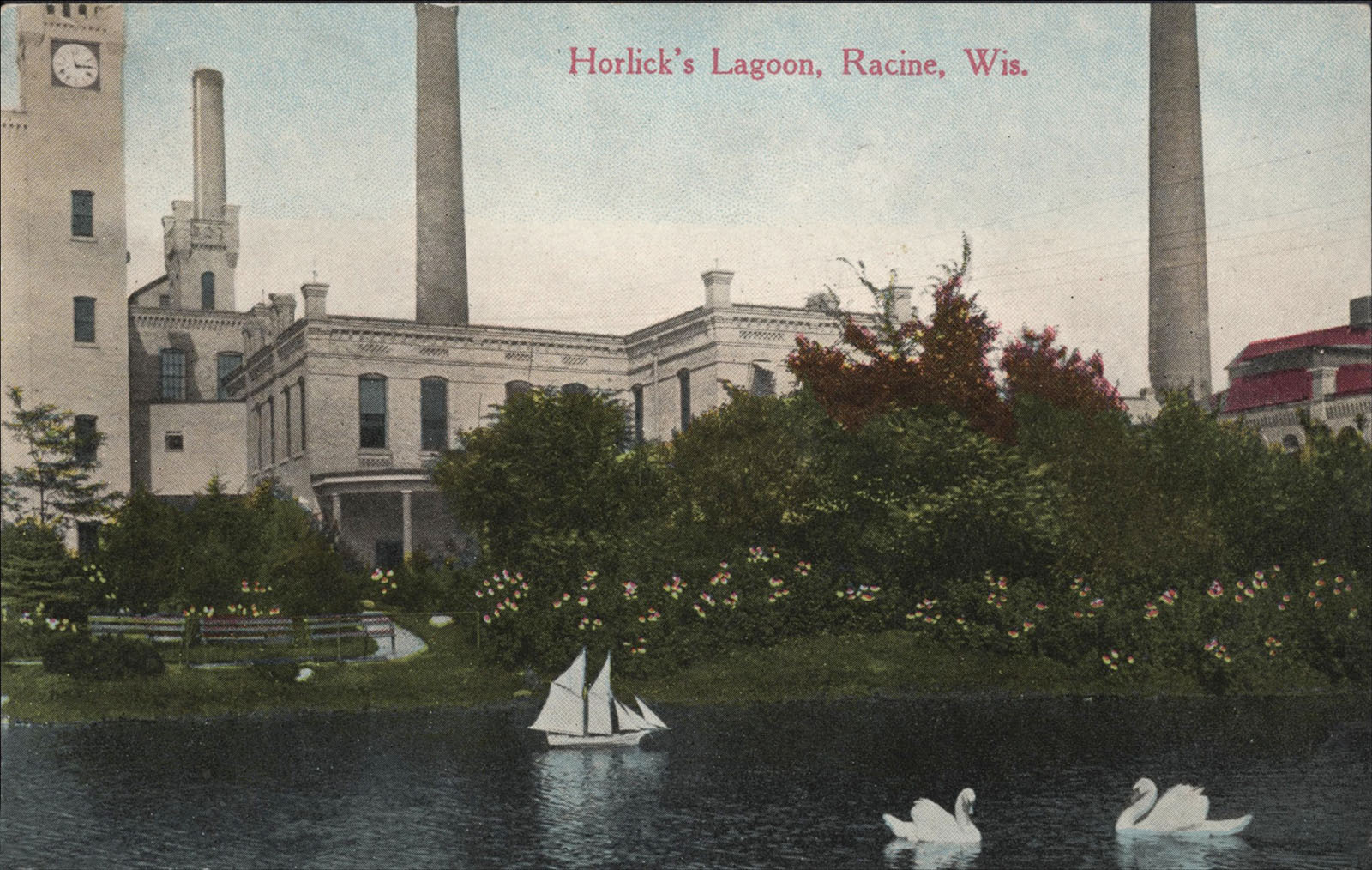 A postcard view of the lagoon.

Phase one of the project – which will rely on state and federal historic tax credits for financing – will include the complex’s two largest buildings, which will be converted into residential units.

Phase two will focus on commercial spaces like restaurants and potential a brewery and taproom.

"This is a tremendous opportunity to create a new neighborhood and commerce district that restores Racine history and infrastructure into a bustling and promising area of pride for Racine," said Jeffers.

Racine gets rolling with bike racks for buses