AJ Bombers, Smoke Shack and Holey Moley on the way at Mayfair Collection

The Mayfair Collection will soon have nearly as many restaurants as it does retail establishments, thanks to three new eateries that are scheduled to open in late summer and autumn.

The Mayfair Collection will soon have nearly as many restaurants as it does retail establishments, thanks to three new eateries that are scheduled to open in late summer and autumn of 2016.

Hospitality Democracy has signed a lease for a 6,280-square foot freestanding building located in front of the Hilton Homewood Suites Hotel at The Mayfair Collection. The building will house three of the restaurant group’s most popular concepts: AJ Bombers, Smoke Shack and Holey Moley Coffee + Doughnuts. 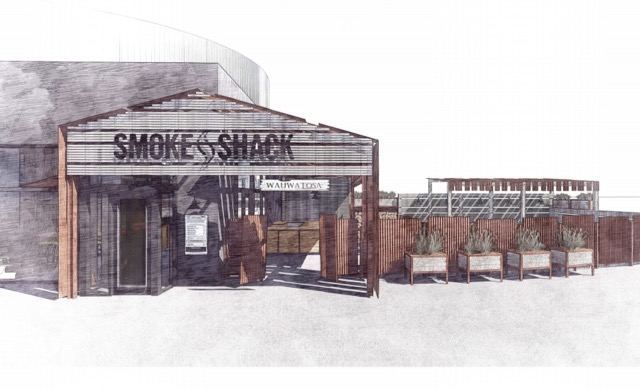 A second year-round location for Smoke Shack – the Third Ward barbecue restaurant that serves up humanely raised dry-rubbed and smoked meats, house-made sides and creative cocktails – will occupy the eastern half of the building. Smoke Shack also has a Miller Park location that runs during baseball season.

The restaurant, which will be designed with a similar rustic look and feel to its Downtown location, will also sport a seasonal outdoor patio and bar area. Plentiful parking will also be available in a garage, which intersects the backside of the building and runs right up to the hotel.

"We’re repurposing another barn from Wisconsin for the interior and patio spaces," notes Joe Sorge, "So the interior and exterior will have a very similar look and feel to our current Third Ward outpost." 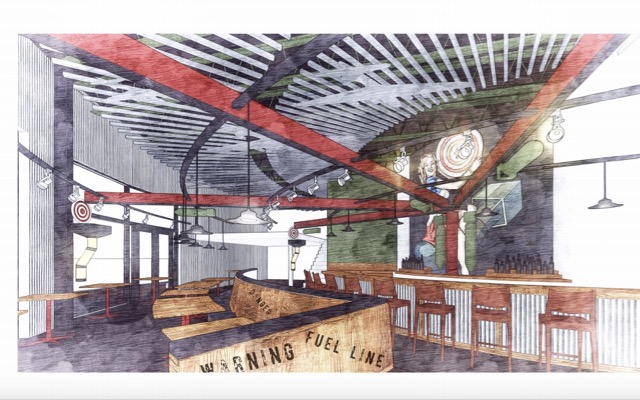 The Mayfair Collection will be the third location for AJ Bombers, a fun-loving casual restaurant known for its "p-nuts" and creative takes on classic burgers, which also maintains locations Downtown, in Madison and at Miller Park.

Plans for the Wauwatosa location will include a similarly playful design as other locations, which Sorge describes as "Rube Goldberg meets Willy Wonka and the Chocolate Factory." 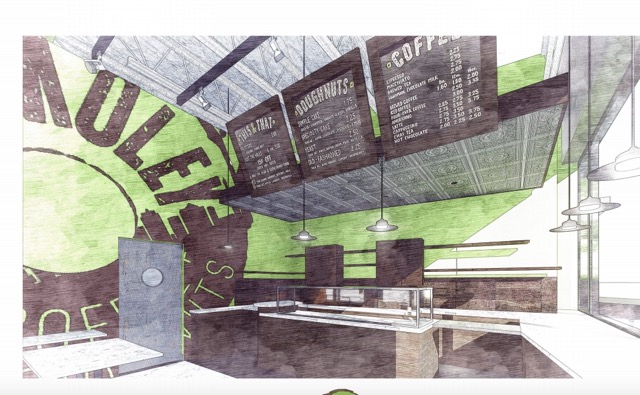 Meanwhile, the trio will be completed by Holey Moley Coffee + Doughnuts, a shop specializing in scratch-made doughnuts in a variety of styles, including cake, old fashioned, yeast, fritters and doughnut holes.

"If there’s one thing we know about Holey Moley, it’s a doughnut shop with a side of coffee," says Sorge. "It won’t be anything like your typical coffee shop. But, unlike our Third Ward space, we’ll be able to offer people seating, both inside and out."

In addition, Sorge notes that, although the fresh-made doughnuts at Holey Moley are likely to sell out daily as they do in the Third Ward, the shop is likely to remain open, offering up a variety of possibilities for potential evening opportunities at the Mayfair Collection venue.

"We have gone to great lengths to curate an eclectic mix of popular local restaurants to excite shoppers and offer a walk-to amenity for future residents of the luxury apartment buildings on-site," he says. "And we are thrilled that Hospitality Democracy will be joining us in turning this area into an exciting, new dining destination for metro Milwaukee."