In the 10 or so years that I've known Steve Palec - as a friend, associate and corporate real estate broker - I thought I knew all his stories. Nope, there are many more. His new memoir, "In Awe," drops on Dec. 2.

In the 10 or so years that I’ve known Steve Palec – as a friend, associate and corporate real estate broker – I thought I knew all his stories.

After all, the long-time Milwaukee DJ, radio show host and rockstar broker tells a bunch of them.

I already knew about the time that Bud Selig took Palec on his corporate jet to attend a playoff game. I already knew that he watched Paul McCartney’s soundcheck at Miller Park. And I knew, because I was there, about the time he ordered every single item on the McDonald’s menu and blogged about it for OnMilwaukee.

But only 21 pages into his new book, "In Awe," which goes on sale on Monday, did I learn that his father was a concentration camp survivor. Or that he cried when the old WQFM used a non-compete clause to keep him from beginning "Rock N' Roll Roots" on WKLH, a show that he’s hosted for 32 years. Or that he regrets never visiting his daughter when she and his ex-wife moved to Arkansas.

The book is funny and inspirational, but it’s also very candid. What it’s not is 293 pages of name dropping, although many, many Milwaukeeans are included in the book. (I’m not, but OnMilwaukee colleague Bobby Tanzilo is.)

After finishing this fast-moving novel in a day or so, I texted Steve with my takeaway. I told him, "Your successes have been a combination of things you worked hard for, but also things that fell into your lap but you were smart enough to seize upon." 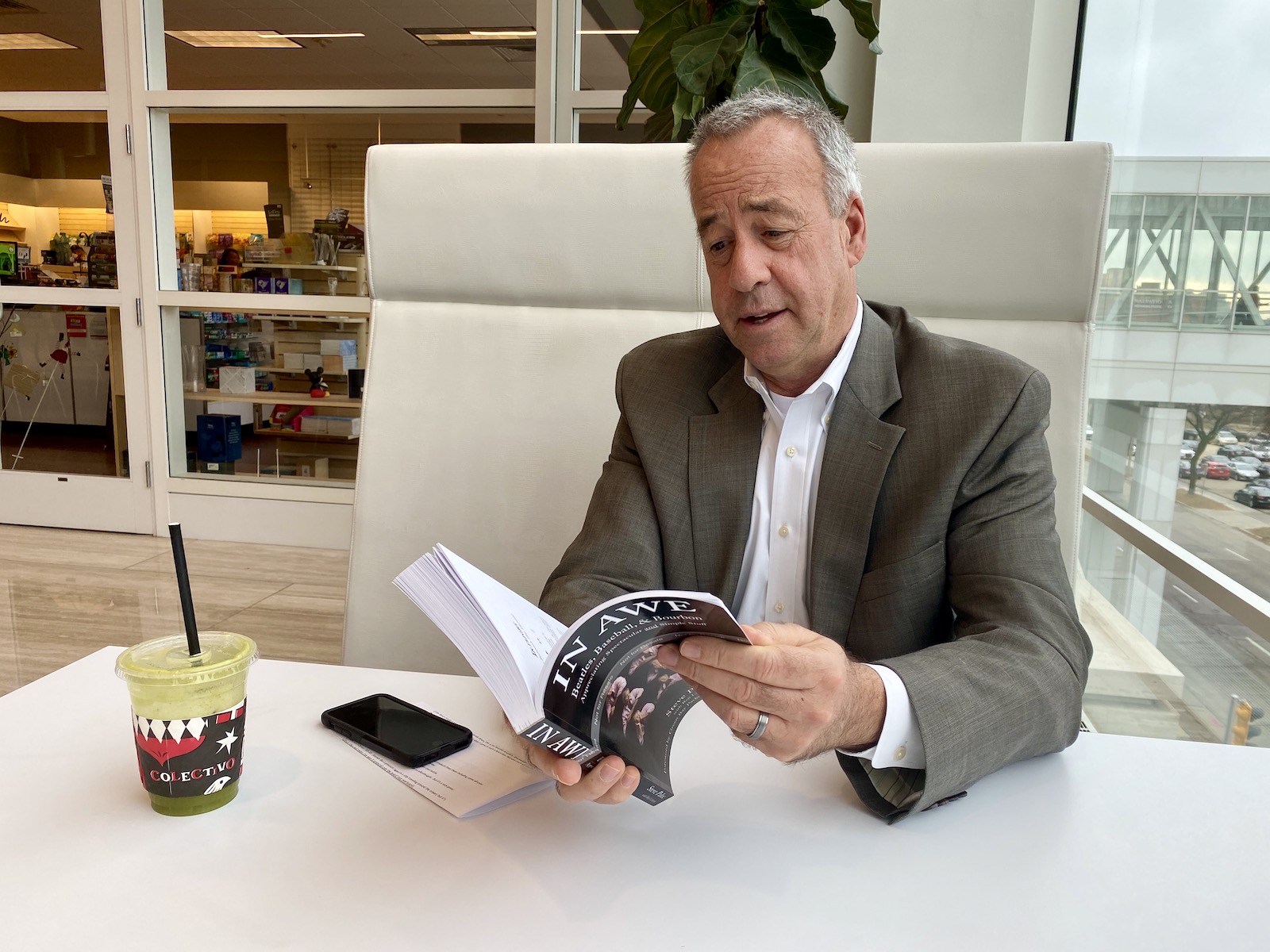 The book, co-authored by Reji Laberje over the course of 13 months, is a memoir of a life-long Milwaukeean who has found a way to straddle two lives: He’s an acclaimed DJ who has found himself in a Forrest Gump-like litany of special moments – be it the famous Bruce Springsteen bomb scare show or serving as a groomsman in Packers hall of famer LeRoy Butler’s wedding – but he’s also a legend in corporate real estate as the guy who orchestrated deals for GE Healthcare, Manpower, Baker Tilly and the MLB Commissioner’s office. He has been equally and oddly passionate about both sides of his life. One brought him financial success (he's now the Chief Marketing Officer at Irgens), while the other stoked his passion for music and broadcasting.

This week, over smoothies at the Colectivo in the US Bank building, we talked a bit more about how the book came to be, and what it was like to be so candid with the reader.

"It was like eyes-wide-open going into this thing," says Palec. "Everybody's got their persona, their facade, and you mix and match it, depending on where you are and who you're with. So going into a project like this, I had to consciously say to myself, 'OK, it's etched in stone now.' I didn't want anything in there that really wasn't accurate or sincere."

"In Awe" begins each chapter with a quote from one of Palec’s favorite songs, and short snippets of interviews with legendary musicians are sprinkled in throughout. It’s chock full of photos and begins with testimonials and kind words, like the introduction by Butler, himself. There is also a chapter devoted just to bourbon (one of Steve’s newer passions in life).

And yet, it’s not just about himself.

Says Palec, "It was really a search to find out what this all meant, and what I discovered out of all that was that I’ve been a witness to lots of history. I truly set out to figure out why have I been in that position."

I semi-jokingly tell people that I want to be Steve Palec when I grow up. Steve told me this is a blueprint on how to do so. It’s certainly not a self-help book, because Palec is far too self-deprecating to claim to tell people how to live. Rather, it’s an accounting of a life well-lived, and one that’s not over yet.

He quotes John Lennon in the middle of the book: "Life is what happens to you while you’re busy making other plans." When Steve was a kid growing up in Milwaukee, he just wanted to be on the radio. Reading "In Awe," you’ll learn how he made that happen – and so much more.

"In Awe" will be available initially on Amazon on Dec. 2, and he says he also plans an audiobook version. Palec is hosting a public launch party at Doc’s Smokehouse during the lunch hour.

"I’m buying the wings and bourbon," he says. 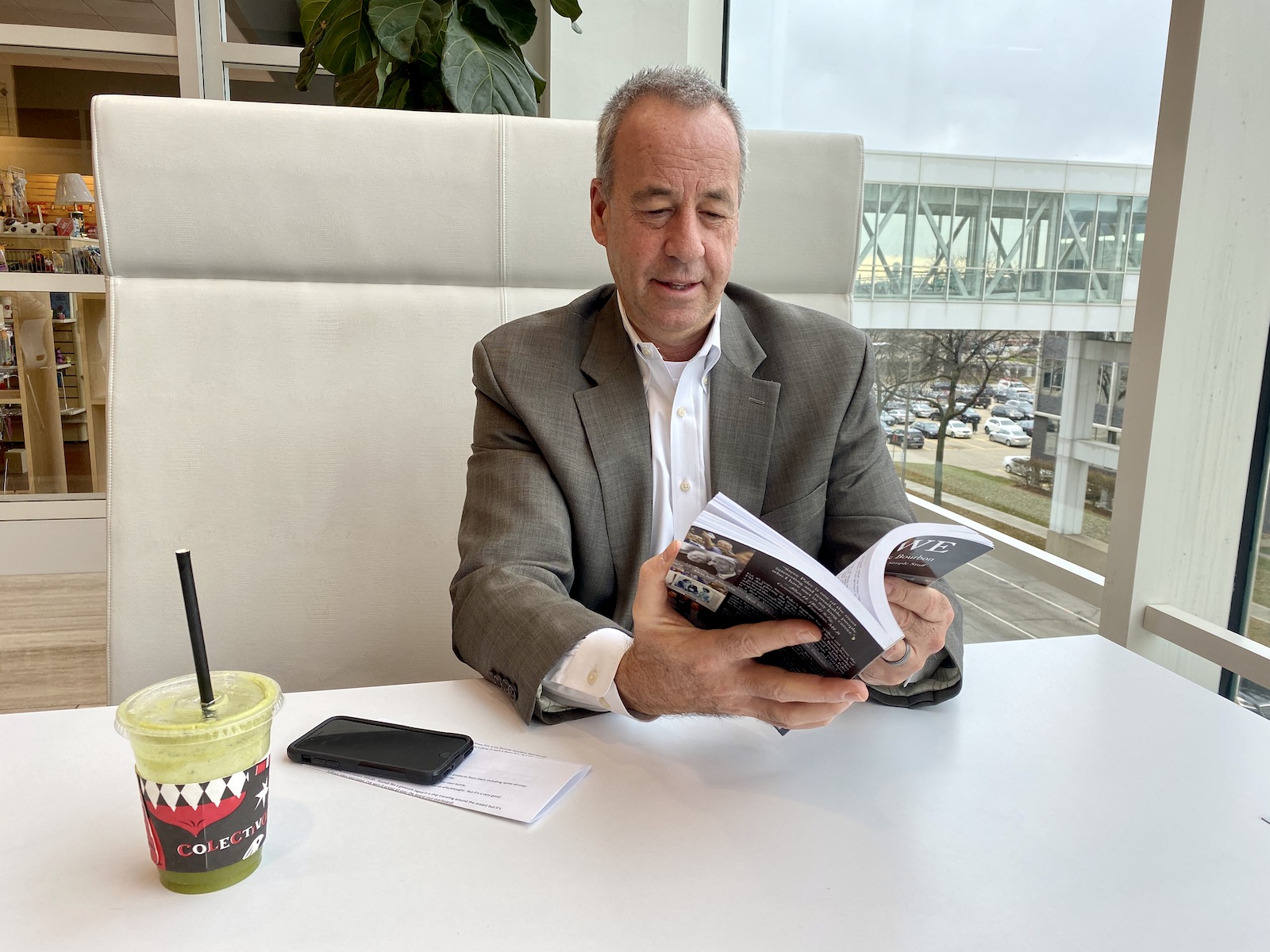