As the Brewers have been celebrating 50 years since the team's arrival in Milwaukee, after having spent a single year in Seattle as the Pilots, I've found myself interested in those earlier years. That led to me the brand new "Inside Pitch,â by Tacoma-based Rick Allen.

As the Brewers have been celebrating 50 years since the team’s arrival in Milwaukee in 1970, after having spent a single season in Seattle as the expansion Pilots, I’ve found myself interested in those earlier years.

Starting with "The Home of the Braves: The Battle for Baseball in Milwaukee," by Patrick Steele, which sets the stage by recounting the arrival, rise, fall and departure of the Braves, I then plowed through the classic "Ball Four," a daily diary-style memoir of the Pilots’ year by the late pitcher Jim Bouton, who was on the team for most of the season.

Those led to me the brand new "Inside Pitch," by Tacoma-based Rick Allen. The book is published in paperback by Persistence Press. 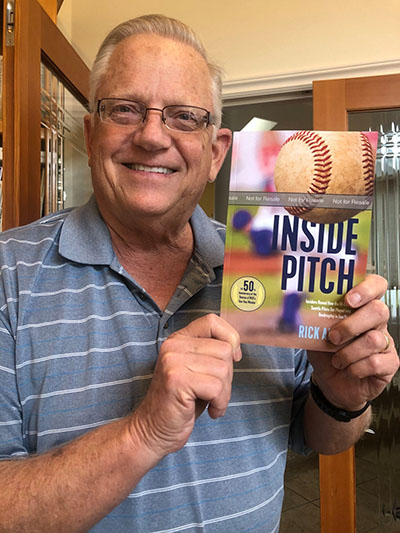 Subtitled "Insiders Reveal How the Ill-Fated Seattle Pilots Got Played Into Bankruptcy in One Year," the book uses the testimony of two men who were there, working in the team’s front office, and who made the move with the team to Milwaukee.

The result is a behind the scenes dive into the Pilots’ all-too-brief-run and the earliest days of the Brewers, not from an on-the-field perspective, but rather from a front office one, as recounted by Pilots and Brewers CFO Bob Schoenbachler and Jim Kittilsby, who wore numerous administrative hats with the franchise.

"I had not one inkling three years ago that I'd be writing a book about the Seattle Pilots," says Allen. "Not a thought in my head about it. I had read ‘Ball Four’ and thought it was a great book, I knew about the Pilots but never saw a game, and I'm a big Mariners fan."

The origins of the book, surprisingly, lie in neither Seattle nor Milwaukee, says Allen, but, rather during a trip to Africa three years ago.

"My wife and I are sitting at a table for dinner with other members of our tour, none of us knowing the other. Bob was at the table, and he started telling stories about his time in baseball. I heard ‘the Seattle Pilots’ and perked up.

Schoenbachler was sharing some funny tales of the team and he and Allen got to talking.

"I learn(ed) he was only 23 when he was the CFO of the Pilots and the Brewers," recalls Allen. "That alone blew me away. I began to think about how the quirky administrators he was talking about seemed to align with the quirky players Bouton discussed, and we decided to continue the conversation in the USA.

After the trip, Schoenbachler and Allen reconnected in Arizona, where they both live at least part of the year, and that led to the discovery that Allen’s acquaintance, Kittilsby – unbeknownst to the author – had also worked for the franchise.

"My wife was an assistant in the Athletics Department at the University where we worked, and Jim was the public information officer there, baseball coach, and five or six other things," says Allen. "He lived in Arizona in the winter, too, so we all got together and the book took off from there." 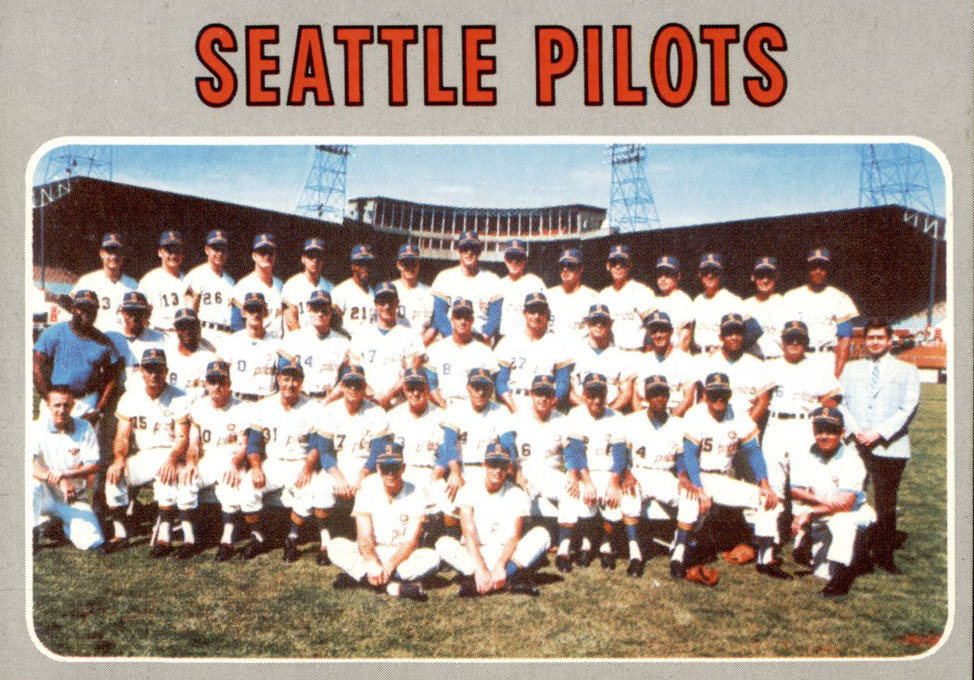 The 1970 card says Seattle Pilots but by the time the season started,
this team was the Milwaukee Brewers.

The resulting book serves as a nice companion to "Ball Four." While Bouton recounted the on-field and clubhouse antics of the team, Allen looks at the administrative machinations in the front office that led to the team’s short stint in Seattle and fledgling days in Milwaukee as the Brewers found their feet.

Some of the most interesting parts for this Milwaukee-based reader was about the transition. Remember that the team’s fate was unclear by the time of the 1969 World Series (and, really, even earlier) and that the final decision that allowed the team to move came on April 1, 1970, a week before Opening Day.

Like Milwaukee, which gained the Brewers at the expense of Seattle, Allen knows the joy of and hope that the arrival of a team can provide.

"I was a kid living south of L.A. when the Dodgers moved from Brooklyn in 1958, so I was a huge Dodgers fan for years and years, even after moving to Washington State. So for years, I watched the Dodgers and the National League. And I was a ballplayer."

Living in Seattle he’s now a big Mariners fan. But the Pilots were, he says, "only peripherally on my radar."

Though he didn’t have much personal nostalgia for the team, there are some in Seattle who do, Allen says.

"There are people who've written other books about them, there are groups who discuss the Pilots and there is substantial memorabilia interest, partly because it's so rare, partly because of ‘Ball Four,’ partly because there was an uproar when they left," he says.

"But a lot of the old timers are passing, a lot of younger folks don't even know there was a Seattle Pilots, although our local sports writers have done a pretty good job of keeping the memories alive. It was a quirky club."

But just as in Milwaukee there’s residual anger about the Braves despite the city’s love for the Brewers, Seattle’s passion for the Mariners doesn’t mean there isn’t a bad taste lingering from the Pilots move to Brew City. 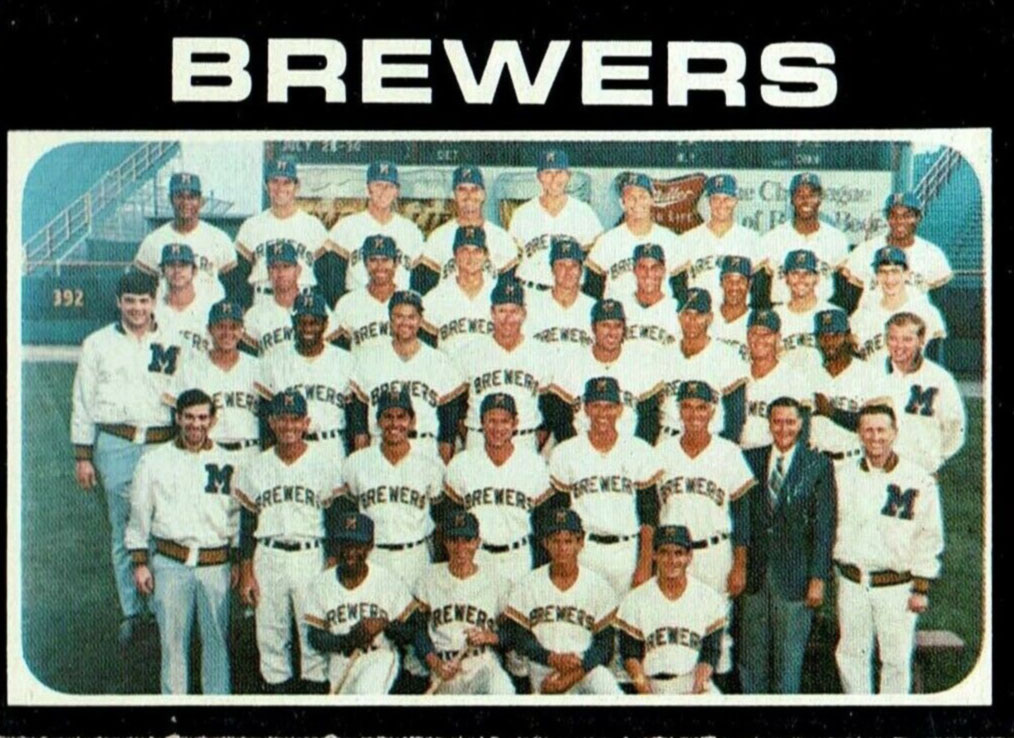 "Residual anger," says Allen, when I ask, "yes, with some who remember, but they tend to simplify it and blame Bud Selig or the Sorianos (who owned the Pilots). And as I learned in writing the book, it's much more complicated than that.

"Selig was (as a community shareholder) in the middle of the Braves moving, which he fought and lost, and the Brewers coming, which he won."

The Pilots suffered from poor attendance in a substandard stadium in a market with no television revenue and no shared revenue from Major League Baseball. Add to that the Sorianos’ heavy debt from the purchase of the team and resulting cash flow issues, and it seemed every day clearer and clearer that the team would move, whether it be to Milwaukee or to Dallas or some other city craving big league ball.

Though MLB initially vowed to keep the team in Seattle, no viable local ownership stepped up to purchase the team and, ultimately, Selig’s offer – on behalf of a group of Milwaukee investors – was deemed worthy.

Seamstresses furiously removed Seattle uniform patches and replaced them with Milwaukee ones and on April 7, 1970, the Brewers played their first game ever, losing 12-0 to the California Angels at County Stadium.

Bob Schoenbochler and Jim Kittilsby were both surely there, with the former staying in Milwaukee with the team until 1974. Killilsby returned to the Pacific Northwest during the 1970 season.

"Bob established a really good relationship with (Selig) and considers him a friend," says Allen. "I think it's important to note the Bob was only 23 at the time, so my guess is that he was pretty impressed with Bud's connections and ability to get things done. The Pilots ownership didn't have those connections in Seattle, so it was quiet a contrast, I suspect."

As my friend and colleague once said about hanging on to the anger of the Braves departure, it’s not something to be angry about, but something to be thankful for in the end. Without that move, the Brewers wouldn’t exist.

Allen can say the same for the Pilots and his beloved Mariners.

"No way would the team have survived in Seattle at the time," he says. "1970 was the Boeing bust, the economy was in a downward spiral and the ballpark was well beyond it's last legs. The new park, which ended up being the Kingdome, wasn't complete until 1976, and the Sorianos were a big part of that.

"Without the Pilots, there would likely be no Mariners. They deserve that credit."