Decades after the old streetcars stopped rolling in Brew City, railtrack is returning to Downtown Milwaukee streets. Here are some images and updates of the process on installing infrastructure for the first phase, due to be completed in 2018.

Decades after the old streetcars stopped rolling in Brew City (in 1958, trainspotters), rails are returning to Downtown Milwaukee streets.

The initial phase of the streetcar project is expected to be up and running by 2018. The second phase – the Lakefront Line – is slated to open the following year.

Once welding was underway, route work – prepping the streets for installation by trenching, tearing up concrete – began in mid-April. You can see that work proceeding this week along West St. Paul Avenue, in front of the main post office.

Once the tracks are laid, concrete will be poured around them. That would should take place in the next few weeks.

Work on other segments of the system are set to begin this year, too, along with installation of the overhead power lines – or "contact system" and the poles to support them.

Concrete footings for posts have begun to appear already along West St. Paul Avenue. Poles and cables are expected to be installed in autumn.

While some utility relocation work will continue throughout the construction process, the moving of WE Energies electric and gas lines, the main part of the relocation project, is largely complete. 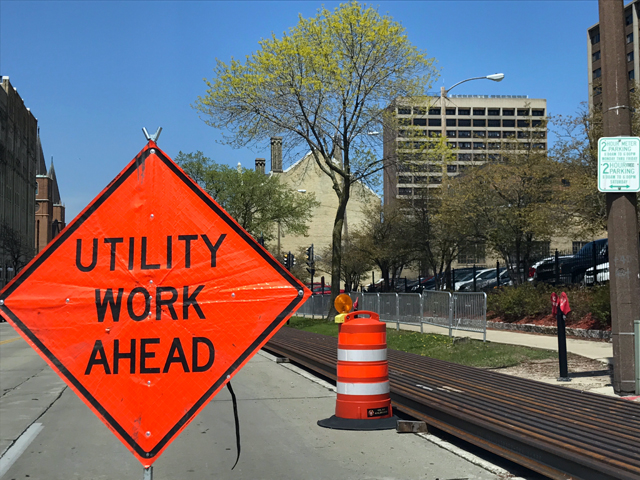 Here is the latest status update from the streetcar website:

"The Milwaukee Streetcar is building momentum! The Phase 1 route and Lakefront Line are fully approved and funded. Vehicles have been ordered from Pennsylvania's Brookville Manufacturing Co. A general contractor, Kiewit Infrastructure, has been hired to construct the system. Utility relocation work is significantly complete. Rail was delivered in March 2017 and guideway/track construction is underway. The City is now seeking a partner to operate the system. The Phase 1 route is slated to begin serving area residents, workers and visitors in late 2018 with the Lakefront Line extension launching service in 2019."

Here are some images of the process:

Crews weld rails along Broadway, at Highland, in early April 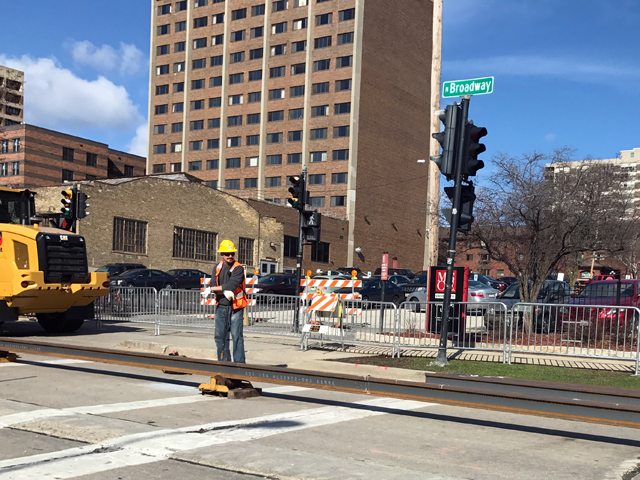 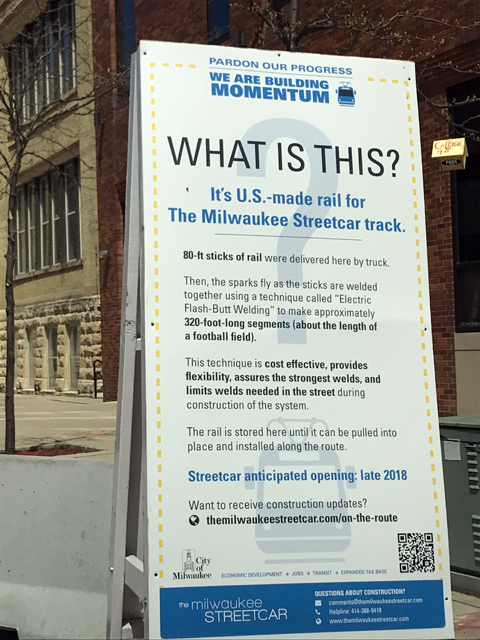 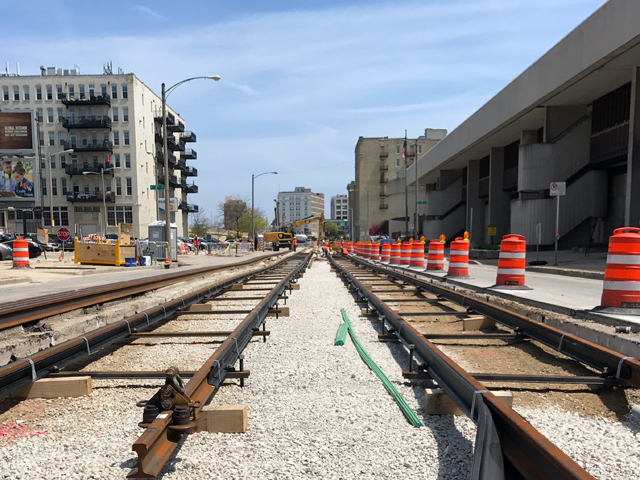 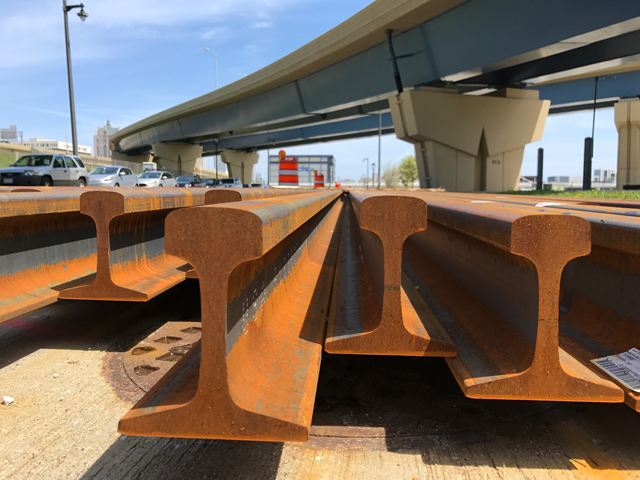 Concrete footings for the power lines are going in on St. Paul 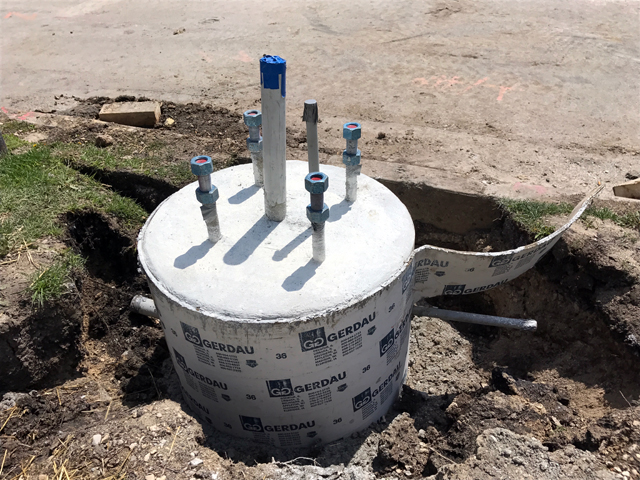 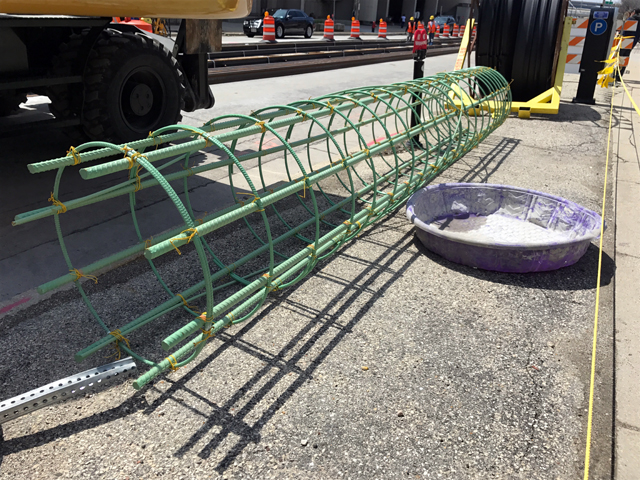 A close-up of a section of track 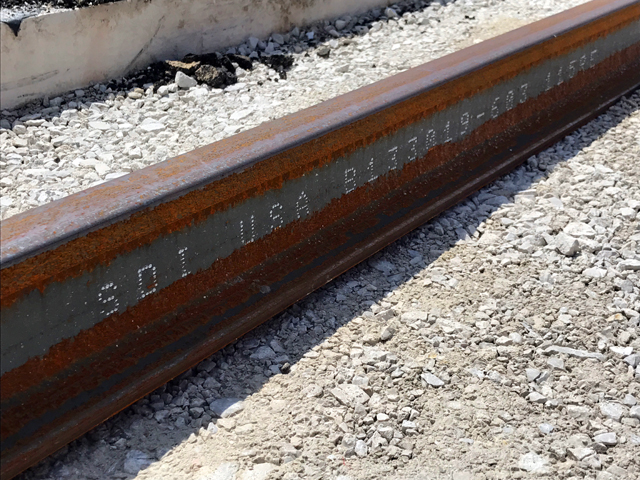