The third installment of the annual Wisconsin IPA Fest returns next weekend to Third Space Brewing, 1505 W. St. Paul Ave. in the Menomonee Valley, and for the first time, it brings its own unique brew along with it.

The third installment of the annual Wisconsin IPA Fest returns next weekend to Third Space Brewing, 1505 W. St. Paul Ave. in the Menomonee Valley, and for the first time, it brings its own unique brew along with it.

More than 50 Wisconsin breweries will present their India Pale Ales at the event, which takes places from noon until 5 p.m. on Saturday, Aug. 3, which is also a competition, as each participating brewery is allowed to send a judge to vote for favorites.

This year is the launch of a new feature of the festival, too. 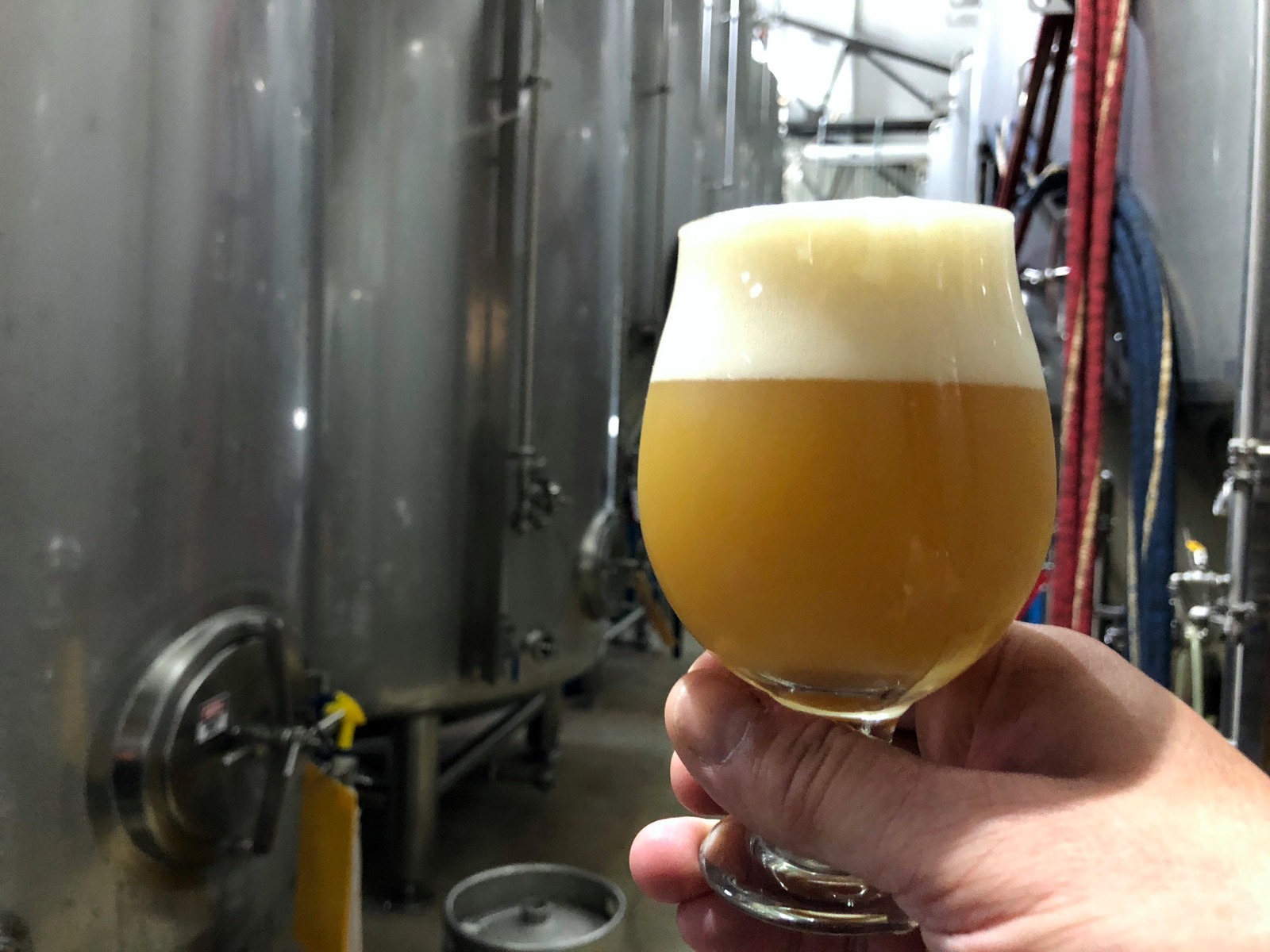 "This is a brand new tradition which started for Wisconsin IPA Fest," says Third Space co-owner Andy Gehl. "Every year we're going to brew a collaboration beer with, ideally, the winner of last year's competition, or at least someone in the top three."

"Embarrassingly, we took first," says Gehl, adding with a laugh, "I swear it was a double blind competition!

"So we invited Central Waters. It adds something special, beyond just all the IPAs you can drink. We called (Central Waters’) Anello (Mollica) and said, ‘Hey, do you want to do this?’ And he was like, ‘Absolutely, we want to be on board.’ So they came down and the brewmasters got together." 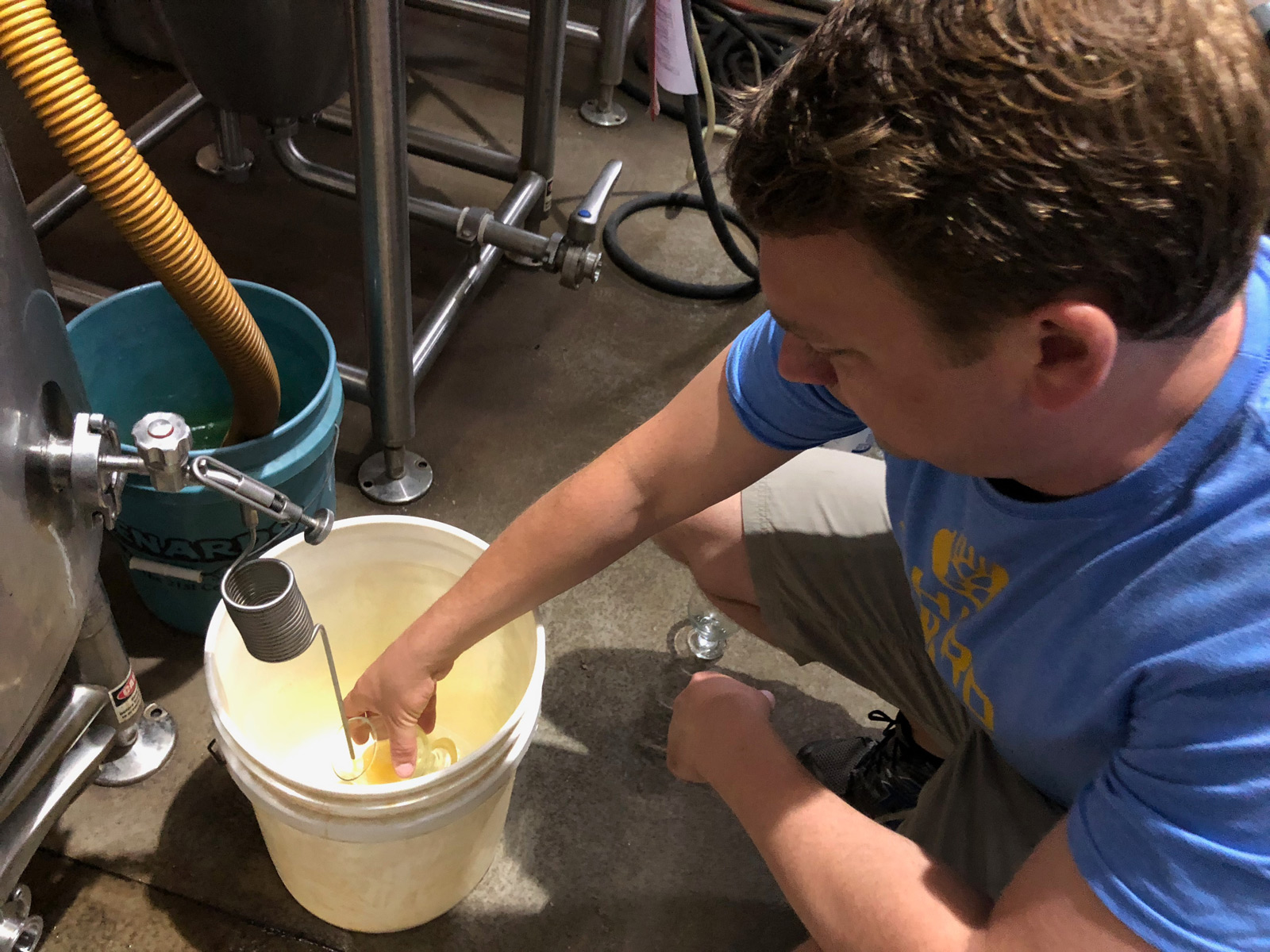 Sampling the new beer straight from the brite tank.

The result is a beer that uses a number of hop varieties – including Citra, Cashmere, Lotus, Strata and others – that is heavy on citrus and tropical fruit tones, like passion fruit and pineapple.

"Although Central Waters is doing more of it these days, neither of our brewmasters typically have brewed a lot of hazy IPAs," says Gehl. "We make the juicy ones, but haven't really stepped too much in the hazy territory. So we said let's go outside the box, let's do something fun, let's do something hazy, because we've never done it."

Brewed on Third Space’s pilot system, the beer is extremely limited. There will be a keg of it at the IPA Fest’s VIP opening at 11 a.m. and another when the event opens to the general public an hour later. VIP ticket holders will also get a four-pack of cans to take home, but that’s it, and when it’s gone it’s gone.

"If you want to try this beer, either buy a VIP ticket or get here early," cautions Gehl. "And it's going to go fast, because people are excited about it. It's certainly the most limited beer at the event, and it's the only double IPA at the event."

All ticketholders get a commemorative glass and sticker. In addition to being a cool souvenir, the glasses will help make the event greener, saving on disposible cups.

There are 150 VIP tickets available for $50 each and those include early admission, a four-pack of the collaboration brew, 10 sample pours, as well as the commemorative glass and sticker. Buy your VIP tickets by the end of the day on Monday, if they’re not yet sold out.

In addition to the addition of ticketing, the collaboration beer and the glass and sticker, there are other changes at this year’s event, too.

"There'll be a big tent outside, in case it's hot, to have some shade for people," says Gehl, "and we're adding a build your own T-shirt experience. We have some limited edition T-shirt designs that we've made for Wisconsin IPA Fest this year and Craft Industry Apparel, who is our local T-shirt supplier, is going to be on site, screen printing T-shirts right in front of people. You pick your color, you pick a logo and walk away with your own."

The shirts are not included in the event ticket.

The event has grown every year, according to Gehl and this year there are 51 breweries participating, up for 48 last year and 37 the first year.

Gehl says that even though the jump seems only like three new breweries this year, that’s misleading.

"The number of reason we added is much bigger than three, because we lost a few, too. There's some that just have too much going on or they're far away and just decided they couldn't do it this year," he says.

"But what excites us about it, is we get all the major players – Lakefront, aNew Glarus, Ale Asylum, Karben4 – and we have all the big Milwaukee breweries – Milwaukee Brewing Company is going to be here – and Central Waters comes down. And we get a lot of the small guys, too, from other parts of the state.

"So we're getting a lot of the brew pubs. There's a brew pub from, I think they're in Appleton called McFleshman's that I wasn't aware of, and they're coming down, which is cool. And 608 Brewing Company from La Crosse is coming for the first time. Ahnapee is coming from northern Wisconsin."

A complete list of participating breweries can be found here.

Gehl says he expects about a thousand people to turn out for this year’s IPA Fest.