The former Quick Wok at 4125 S. Howell Ave. is undergoing a steady transformation. The exterior has been painted gray with yellow accents. And a brand new sign is waiting to be hung on the front of the building. It's all in preparation to become the new home for Iron Grate BBQ Co.

The former Quick Wok at 4125 S. Howell Ave. is undergoing a steady transformation. The exterior has been painted gray with yellow accents. And a brand new sign is waiting to be hung on the front of the building. It's all in preparation to become the new home for Iron Grate BBQ Co.

Iron Grate, a long-awaited passion project for Chef Aaron Patin, has been serving up its deliciously wood-smoked fare since January 2016 at its current location inside Hawthorne Coffee, 4177 S. Howell Ave., just two doors down from the new digs. But Patin’s final service at the coffee shop/restaurant will take place on Sunday, July 2 from 11 a.m. to 7 p.m.

If all goes well, Patin says, he’ll be up and running at the new location sometime during the week of July 12. Once open, Iron Grate will be open five days a week: 11 a.m. to 8 p.m. Wednesday through Sunday. 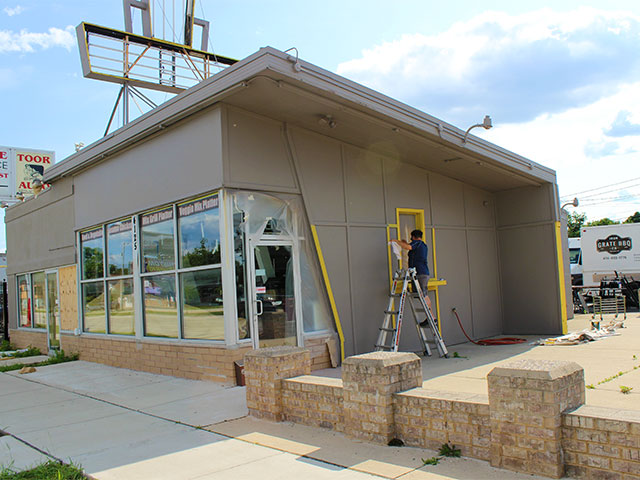 In addition to expanded hours, Patin says, the new location will also allow Iron Grate to bolster its current menu offerings as well as providing diners with more of a full-service experience.

Due to the unique layout of the restaurant – which originally housed a Boy Blue ice cream stand – Iron Grate will offer counter-service only. However, thanks to an addition added in 2006, the building features a dedicated dining area in which customers can enjoy their meals.

The space will sport rustic plaster walls and a dropped grate ceiling. There will be bar-style, communal and bench seating for 36 at tables designed by local carpenters Joe Wagner and Jacob Faber from a tree felled on the Illinois farm where Roger Marcotte built Patin’s collection of smokers, including Edna. 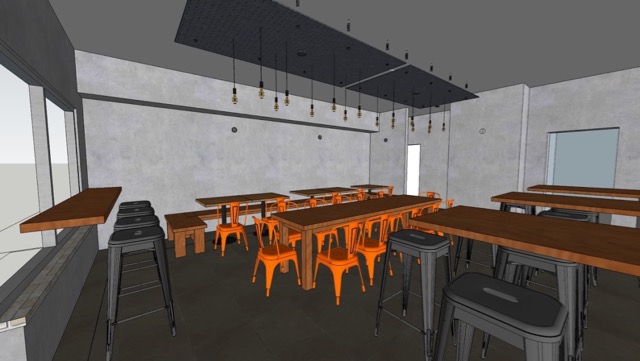 The kitchen will be largely visible from the ordering counter, giving the restaurant a similar feel to classic Southern cafeteria-style establishments. Menus will hang from grates above the counter, and diners will be able to get a bird’s eye view of the smoked meats and sides being prepared.

Meanwhile, an outdoor patio adjacent to the restaurant will seat an additional 40 diners. Unlike the interior dining room, the patio will feature table-side service. Orders will be taken by waitstaff, relayed to the kitchen and retrieved from an expo-window along the side of the restaurant. 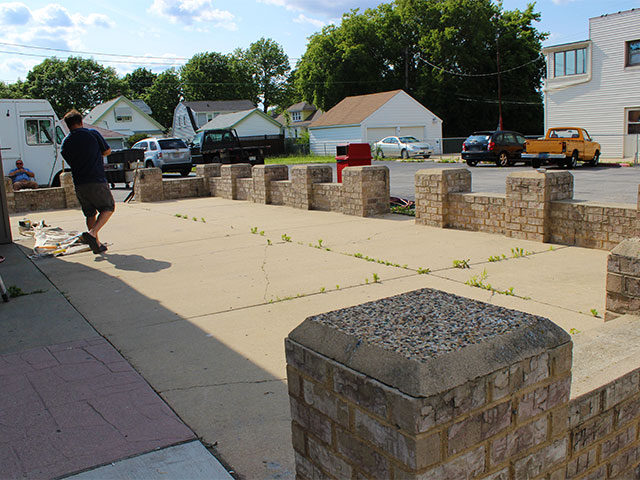 "I’m bringing in three whole hogs a week on our current schedule," he says, noting that he’ll likely require more as hours expand in the new location. "And it’s great to know all the hogs are heritage breeds coming from Wisconsin farms."

The dish, Patin says, was inspired in part by the baked cheese curds served at Merriment Social. However, it also incorporates his love for the classic party dish, barbecued cocktail wieners. 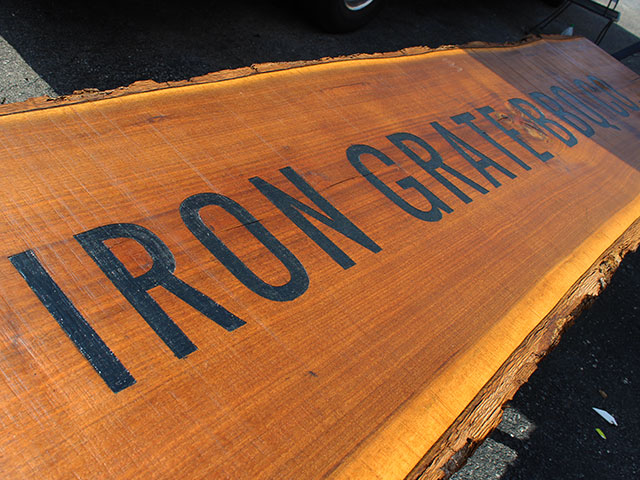 Iron Grate has also applied for full liquor licensure, which means that by the end of July or early August the restaurant will be able to offer customers a full selection of beverages, including current non-alcoholic agua frescas, spiked agua fresca, four tap beers (with more in bottles or cans), a moderate selection of spirits, and – thanks to a slushie maker that came with the property – alcoholic slushies, the flavors of which are still to be determined.

Oh, and remember that expo-window I mentioned on the side of the restaurant? Well, it will also have one additional purpose. Patin says that, within the first few weeks of opening, he’ll be adding special hours from 8 to 11 a.m. on Sunday mornings to accommodate the sale of one of Milwaukee’s favorite weekend indulgences: hot ham and rolls.

And that’s not all. Beginning this fall, Patin says he’ll be launching a collaborative dinner series at the new location. Called Grate to Plate, the series will focus on internationally inspired barbecue, and will offer Patin a chance to branch out into additional areas, including spit-roasting meats on his newly acquired asado crosses.

Watch OnMilwaukee for updates on Iron Grate’s opening in the coming weeks.