The terror of travel

The more I fly, the less I enjoy it. Sure, I like the feeling of freedom, of being out roaming and seeing the world and experiencing new places. But last night's attack on Istanbul's Ataturk Airport really shakes me.

The more I fly, the less I enjoy it. Sure, I like the feeling of freedom, of being out roaming and seeing the world, meeting new people, tasting different food and experiencing new places. (I especially love bookstores, even in countries where I don't speak the language.)

But last night's attack on Istanbul's Ataturk Airport shakes me, even more so than other recent attacks – which surely are no less alarming and heartbreaking – because I spent some time there on two occasions earlier this year with my family.

Our tickets had been booked many months in advance, when attacks on Istanbul weren't at the forefront, as they are now. Back when Turkey still felt like a relatively safe place in a troubled part of the world.

We landed there as a connection point on the way to Europe in March, the morning after an attack on the center of Istanbul (that had put the kibosh on our hopes of getting a Turkish Air-sponsored tour of the city during our layover). The airport in Brussels had also just been attacked.

That news put me on guard ... and on edge, despite the fact that, through the airport windows, the city looked much like any other city. 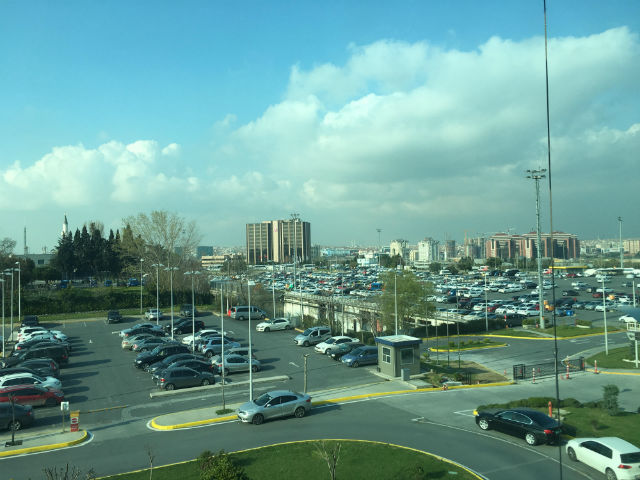 When we sat during our long layover, we camped away from the heavily populated center of the terminal with its shops and restaurants. When we needed to pass the areas where folks were going through security, we gave them a wide berth, because I suspected those spots were where attacks would seem most likely.

I kept my eyes and ears open.

But we did eat meals in restaurants and snack on Turkish specialties – like Turkish delight, Turkish ice cream and the warm milky Sahlep drink – and we did visit the duty free (and the bookstore) and we did pass those security areas and we did sit for a coffee in the food court, even if only briefly. 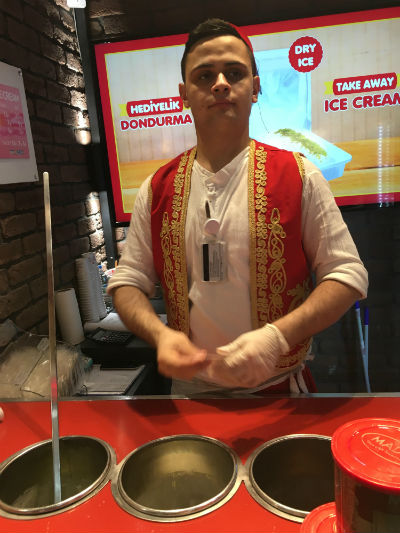 And, as last night's attack reminded me in stark terms – because I recognized some of the places I saw in horrific photographs and footage – it only takes a second being in the wrong place at the wrong time.

Some of last night's injured and dead were surely only passing by, too, for a few seconds and some may have been being vigilant, too, keeping their eyes and ears open.

On our way back through Ataturk 10 days or so later, there hadn't been new attacks in Europe or Istanbul, but I felt no less edgy.

Today, sadly, I'm reminded why I was right to feel that way. I'm also faced with the reality that vigilance may be a fruitless defense. And my heart goes out to the injured and the families of the dead.

I won't stop traveling, and I won't teach my kids to live in fear of the world, though we will surely proceed with caution. But with unpredictable attacks occurring on most every continent, it's harder than ever to navigate a journey with any semblance of certainty.