After years of heavily contributing to the Milwaukee music scene in dozens of different groups as a musician and in management, saxophonist James Anderson now calls two cities "home."

After years of heavily contributing to the Milwaukee music scene in dozens of different groups as a musician and in management, saxophonist James Anderson – who many know as "Jay" – now calls two cities "home."

For two winters in a row, Anderson – who was born and raised on Milwaukee’s North and East Sides – lived in New Orleans, playing on the street and in bars and building a rapport like he has in Riverwest.

"It's starting for me in New Orleans. Before I left someone honked the horn and yelled out the window, 'Heyyyy sax man!'" says Anderson.

In Milwaukee, Anderson is known for many musical projects, including Foreign Goods, a supergroup comprised of members from Soul Low, New Age Narcissism, The Remedy and Klassik. He is also the executive director of Voodoo Honey Records and has played with dozens of bands throughout the country. 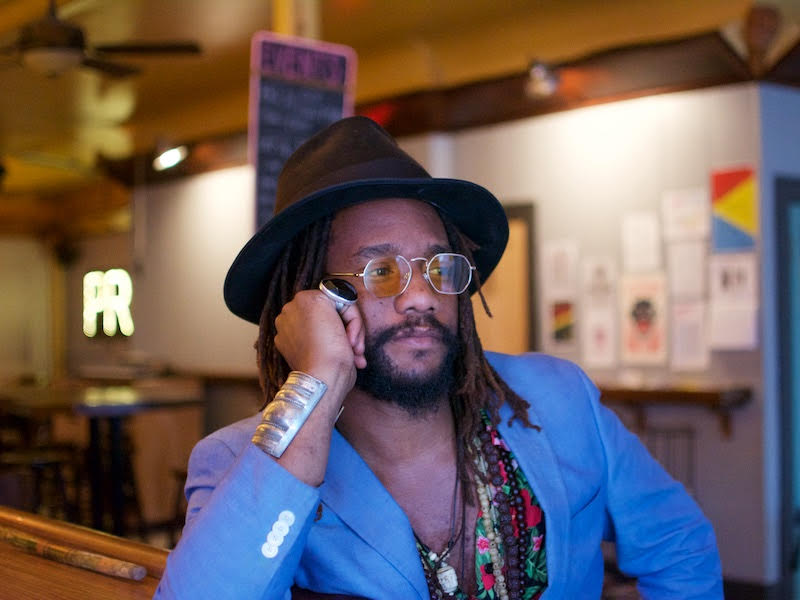 He says the Milwaukee and New Orleans music scenes vary greatly, mostly because there are so many more musicians living in Crescent City.

"If someone thinks you're garbage they’ll tell you," says Anderson. "No one in Milwaukee will walk up to me and say, ‘you need to improve on X, Y and Z’ or ‘you look good but sounded OK’ but in New Orleans, they will. If you are a sensitive performer you should probably stay home."

And yet, he says, everyone has been incredibly nice and willing to introduce him to different people and musicians.

"They’ll walk you into a bar and introduce you to the owner," says Anderson.

Anderson says one of his favorite places to perform in New Orleans is in front of Cafe du Monde in the evening.

"Dudes fight each other for those spots in the morning, but I like to get there in the evening when there’s a warm breeze and street lamps – I just like to lean back and play."

In Milwaukee, Anderson says his favorite places to perform are ones that give him the most creative leeway, like Club Timbuktu, The Mad Planet, Turner Hall, Marcus Center, park band shelters and street festivals.

Drinking culture is big in both Milwaukee and New Orleans, but Anderson knows how to keep it in check in both cities.

"I have a strong disdain for super drunk people. You won't see me stumbling around stupid drunk," says Anderson. "At the same time if you have a long night – say a one-night stand – and have some Champagne in the freezer and you and your guest wake up and put some clothes on and go walk through the Treme at 9 o'clock in the morning pulling from that bottle no one is going to say shit to you. If your garbage man drives by he might say, ‘a’right boss! Y’all must have had a good night.' But then, and this is important, you don't drink like that all day."

Anderson says as much as he loves the music scene and his "chosen family" in New Orleans, he misses seeing the same faces at his gigs. Because many of the people who listen to his music in NOLA are tourists, he never sees them again. Whereas in Milwaukee, it’s the opposite: he has many fans who come to see him repeatedly. 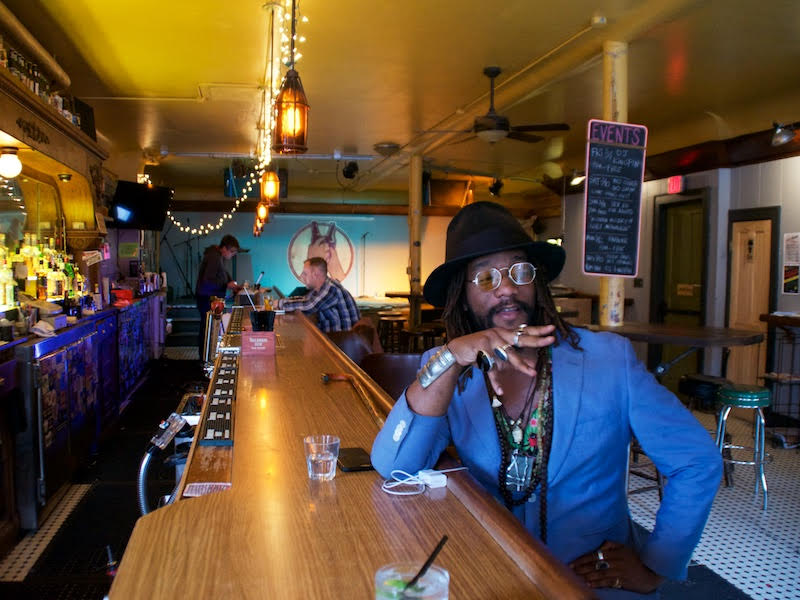 Ideally, Anderson would like to bring New Orleans musicians to Milwaukee in the summer and Milwaukee musicians to New Orleans in the winter. He already invited New Orleans' singer Arsene Delay who is coming to town accompany him at the Bay View Jazz Fest, The Music of Beyonce Show next month at Turner Hall and an afterparty gig at the Jazz Estate.

When in New Orleans, Anderson lives in the 7th Ward, which reminds him of the west end of Riverwest / Harambee.

"The 7th is kind of like Holton Street with maybe a few more prostitutes and some chickens walking around," says Anderson. "Once I saw a dude riding a horse in a pair of Adidas with spurs on the back. He tipped his (cowboy hat) at me and complimented my hat. That’s my city."

Anderson will serve as the house musician every Friday night at The Jazz Estate in June and every Wednesday at the Public House with the Voodoo Honey Houseband.  He will perform with the Jay Anderson Quartet this Saturday, May 12 at Fire & Water and will also host "The Music of Beyonce" on Friday, June 1 at the Turner Hall Ballroom. Follow him on Facebook to stay informed of his myriad musical adventures.

Behind the 8 ball: The story of jazz organist Baby Face Willette

Chasin the Trane to Milwaukee: When John Coltrane did & didn't play here