Some people are known for their charm, others for their good looks. James McMahon, owner of The Bay Restaurant, is known for his mustache.

For the ninth straight year, October is Dining Month on OnMilwaukee, presented by the restaurants ofPotawatomi Hotel & Casino. All month, we're stuffed with restaurant reviews, dining guides, delectable features, chef profiles and unique articles on everything food, as well as voting for your "Best of Dining 2015."

Some people are known for their charm, others for their good looks. James McMahon, owner of The Bay Restaurant, 342 E. Silver Spring Dr., is known for his mustache.

His lengthy grass grin is not only impressive, it’s award winning. He participated competitively for the first time in 2012 – at the National Mustache Competition in Las Vegas – where he earned second place honors for his newly minted handlebar stache. In 2013, he brought home the gold from the competition in Las Vegas, after which he was approached to participate in the Remington Trimmers Beard Boss Campaign. And this fall, McMahon earned third place in the World Mustache & Beard Championship in Austria.

"It really has become a hobby of sorts," McMahon admits, noting that he’s probably competed in at least 20-30 competitions over the past few years. "It’s amazing. Once you start doing something like that, it doesn’t take long before people start paying attention and you become part of this sub culture." 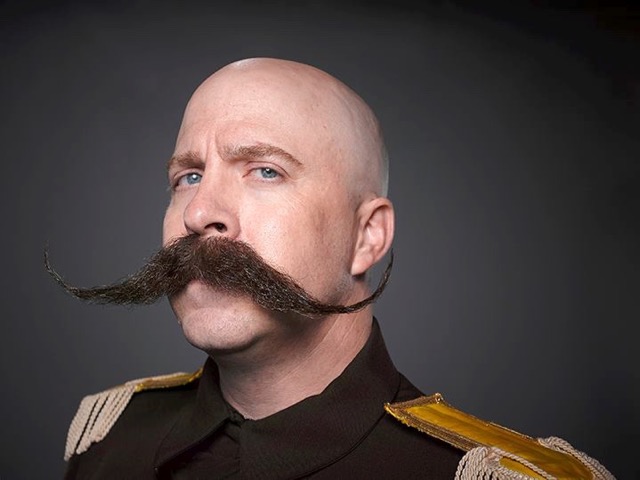 McMahon started growing the impressive 'stache about five years ago, thanks to encouragement from his wife.

"I always talked about growing a handlebar mustache," he says. "I grew up with the Brewers and Rollie Fingers and all that, so it was something that was always in the back of my head. And one day, I just decided ‘now is the time.’"

As the mustache grew, friends and family started began to point out that McMahon was beginning to resemble Brewers’ mascot, Bernie Brewer.

"Once I started growing out the mustache, I realized that there was a real resemblance, and it just kind of became a thing," he notes. "I’ve always been a huge hometown sports fan, so it’s really fun. I mean, when you’re a little kid and you see Bernie Brewer going down that slide, it’s just awesome. And who wouldn’t want to do that?" 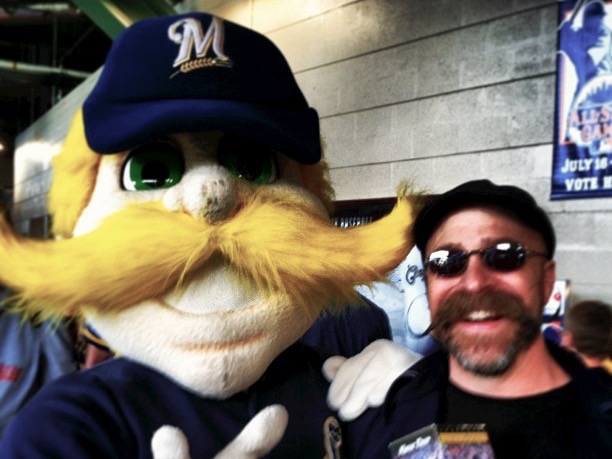 Most kids, McMahon says, get a kick out of his mustache (and sometimes beard), which he styles up about twice a week. But, occasionally, he gets an unexpected reaction.

"One day I was in the front of the house and a little kid started screaming," he says. "At first, I didn’t know it was because of me, because that’s not usually the reaction. More often, they’re excited about it. In fact, the other day in the grocery store I overheard a little girl saying to her mom: ‘Look, that guy has a beard like Santa Claus.’"

McMahon says he’s learned some tricks along the way, in terms of styling his stache – both for competitions and daily wear.

He visits Jess Stern at Stag Barber Shop (his sponsor for competition) for regular trimmings and color. And he says he shampoos both his beard and mustache about once a week, and conditions it at about the same frequency.

"I try not to use a lot of extra products to keep as much natural oil in it as possible," he notes.

Big Sexy hairspray is his product of choice for achieving the appropriate amount of shaping and hold.

"If I’m curling it, I’ll use wax," he notes. "But, otherwise it’s just hair spray. A lot of guys will use multiple products. Some use lighter hold products, and then they’ll move on to other things.  A lot of them use Got to be Glued." 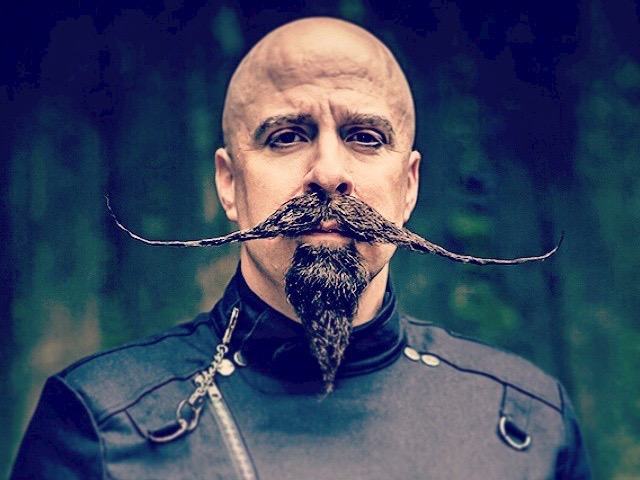 As for the length of time he spends, McMahon says he limits himself to about an hour on any given day. "After an hour," he says, "It just doesn’t matter any more."

As for outfitting himself for competition, picking out what to wear is all about complimenting his Face Lace.

"For me, I try to wear outfits that will fit with the mustache and beard," he says. "Sometimes it’s more of a '70s leisure suit. Or more of a European czar look. This year, I went for a more dastardly look with a white ascot to show off the beard."

McMahon notes that having a mustache isn’t always convenient, especially when it comes to eating and drinking.

"I’m always asking my wife if there’s something in my mustache," McMahon admits. "Some foods are worse than others. The worst is ice cream. And soup is tough some days. It makes it doubly difficult when you’re in the kitchen and you have to taste everything. Ribs are no good either."

He says he’s adapted to it, for the most part; but says it took some getting used to.

"Honestly, if I attached it to your face, you’d probably shave it by the end of the day," he says with a smile. "I was just picking up buns at Sciortino's the other day and got an eclair… and that, well you can imagine." 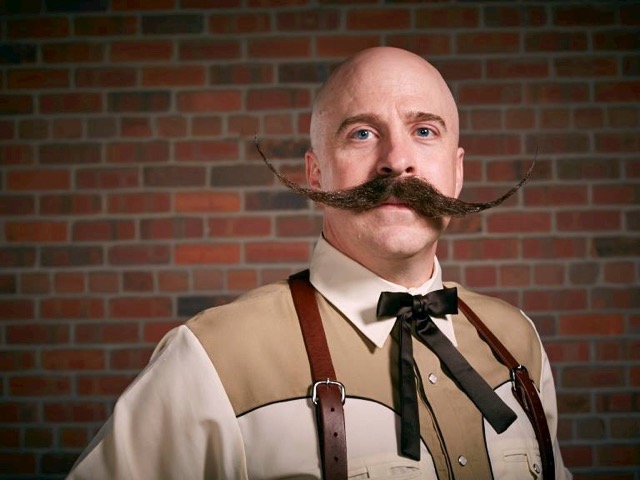 McMahon’s mustache will soon be part of a campaign to raise awareness and funds for hunger. Beginning Nov. 1, McMahon will be hosting a month-long campaign at The Bay to raise money for Feeding America.

Throughout the month of November, guests can purchase cut-out mustaches, which will be displayed on the walls at the restaurant. Anyone who donates $5 or more will get a free ticket to an event on Nov. 28, which will feature raffle prizes, beer samples by Big Bay Brewing and Music by The Squeezettes.

And, of course, there will be a mustache competition on the evening of the event. Interested in participating? Sign up at The Bay on the day of the event.